The programme you can probably afford to miss (November 2016) 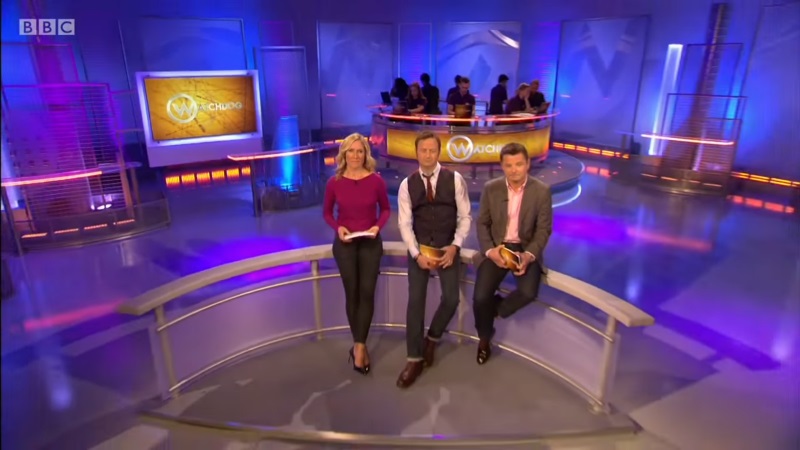 That's right - a tent in the alleyway outside New Broadcasting House.

I'd glady give the BBC an extra tenner a year if it means they'll stop presenting primetime BBC One from alleyways, and lorries in car parks.

They seem to be broadcasting from some sort of plastic dome situated outside Broadcasting House next to The One Show studio. I'm not sure it looks the best to me... the previous studio was much better.
Central News South January 9th 1989 - December 3rd 2006
UB
UBox Tyne Tees Look North (North East) 2 November 2016 8:54pm
Just tuned in and it just doesn't feel very Watchdog. Think they might want to look into which ever Rouge Trader designed that set for them.
AN
Andrew Founding member Yorkshire Look North (Yorkshire) 2 November 2016 8:54pm
I bet they are freezing.

It's almost as if closing TV Centre has left them short of studios...
PI
picard 2 November 2016 8:55pm
Oh god, going the same way as Crimewatch to become "entertainment". No thanks BBC!

scottishtv Founding member STV Central Reporting Scotland 2 November 2016 8:58pm
I lost interest in the lead story once the food hygiene expert started complaining about a raw potato being placed next to an unwrapped pepper...

Haven't you seen it for a few years?


Wasn't that because Dan was done for fraud?!

Yes, but that's irrelevant. It was a lot more entertainment skewed back then