Talk about being dragged through the hedge backwards.

MR
mr_vivian UTV Newsline 31 October 2019 11:30am
JamesWorldNews posted:
Jonwo posted:
Whataday posted:
Confirms my suspicions that this was a tester for something more long term. I wonder what though.

I can't imagine Phillip being thrilled at the prospect.


I imagine holiday cover for Fridays. I can’t imagine they’d give up 6-7 weeks to present in the summer but 1-2 weeks during half terms and Easter isn’t out of the question.


Most probably. I think the odd Friday fill-in and a Monday bank holiday here and there would probably be all they’d want to do, given Judy’s semi-retired status by her own admission.

In an unrelated question, GMB, This Morning and Loose Women are now all broadcast from the same building, right?

Does each of those shows have its own dedicated Floor Management Team, or will the team on GMB perhaps also stick around and do the same on Loose later?

Just curious how the resources are managed. Or is it a central pool and a monthly roster tells them where they’ll be working for the month?

I guess GMB and This Morning are relatively adjacent on the schedules, so it’s less possible to share resources within the same working day?


I can see that being the case with Richard and Judy. An odd show here and there. 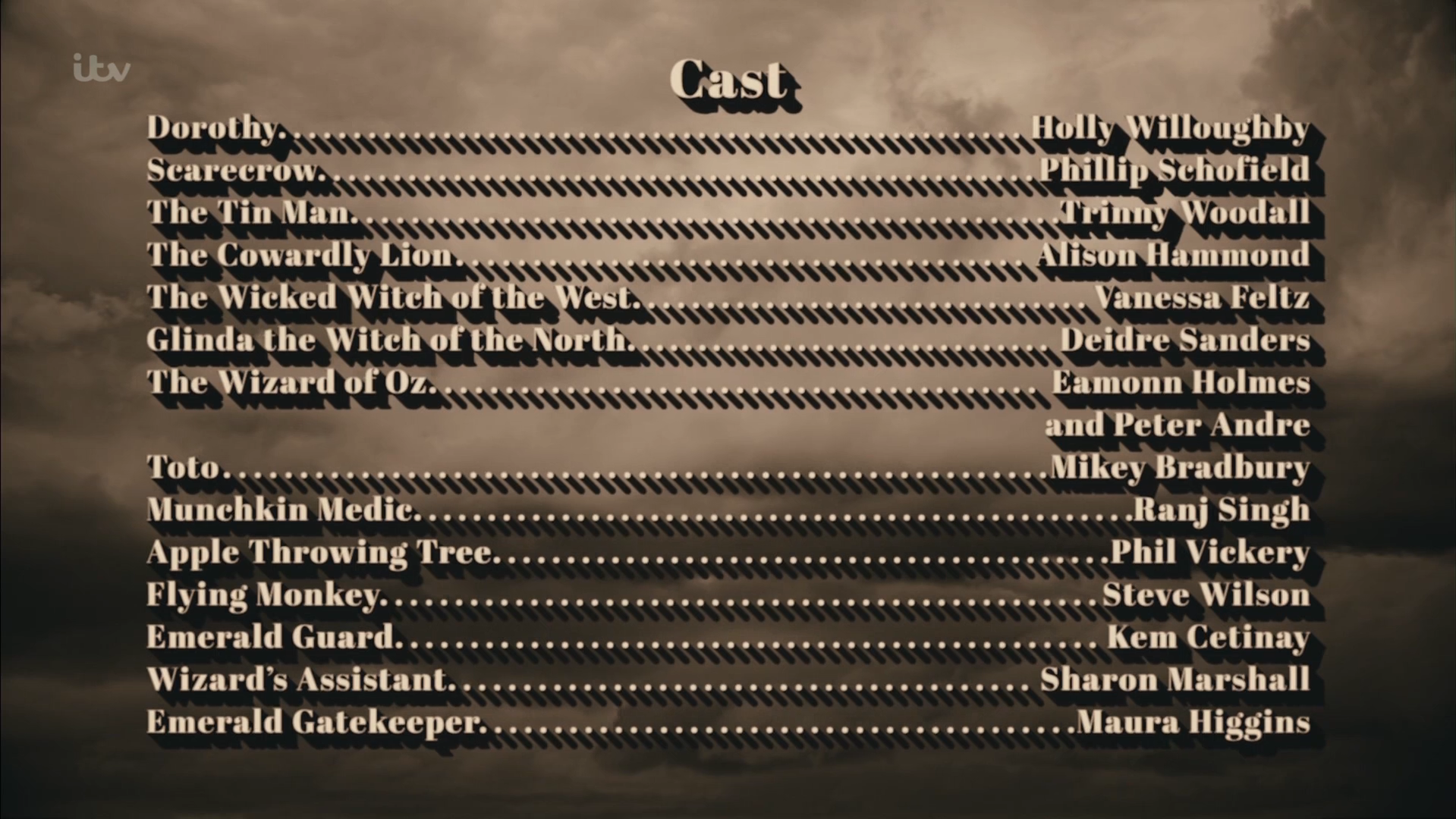 
It makes business sense for WarnerMedia who owns Warner Bros and HBO to allow TV shows to promote their IP, probably no different The View promoting Disney in the US.

I wouldn't be surprised if ITV Daytime were offered both IPs by Warner and This Morning ended up picking The Wizard of Oz and Loose Women ended up with Scooby Doo.
Last edited by Jonwo on 31 October 2019 7:41pm
JW
JamesWorldNews STV Central World News 1 November 2019 5:22am
The more I watched it later, I must say huge congrats to the production team at TM for this offering. It was incredibly well done! Incredibly well done.
@JamesWorldNews | #StayHomeSaveLives
HJ
HJL Spotlight 1 November 2019 10:00am
Can we just note that so much of yesterday’s show was only made possible by the move to TVC. Better studio access on the ground floor & the screened backdrop allowed for them to execute the Wizard of Oz theme incredibly!
WH
Whataday Founding member Wales Wales Today 1 November 2019 12:22pm
I noticed a wrong sound cue at the end, giving a blast of the This Morning theme over the top of what was meant to be playing. Interestingly the exact same mistake happened on Loose Women when they were saying their emotional goodbye to TLS last year.

It's almost like the outro cues are automated and someone forgot to override them. But I'm sure it's just a coincidence and someone hit the wrong track.