Previous Next
BR
Brekkie Recently warned Wales Wales Today 9 August 2020 5:24pm
Thought for a minute you meant "no action replays" which seemed fine for qualifying rounds but odd for broadcast. Yes, sadly agree as we're seeing across industries Coronavirus is providing the perfect excuse for many organisations to press ahead with changes they've long wanted to make and I expect we'll see the FA Cup suffer as a result, and perhaps even the League Cup scrapped, or at least continue without Premier League involvement.
Turns out nobody had 2020 vision.

DVB Cornwall West Country (West) Spotlight 10 August 2020 7:03pm
Just watched this morning's #Club2020 from BT Sport. Excellent programme, maybe will be spoilt with highlights going forward.
SS
SuperSajuuk North Reporting Scotland 10 August 2020 9:49pm
Since the start of the World Snooker Championship, I've really liked that the BBC have moved the evening session of all the rounds so far to BBC Four, instead of the pointless nonsense of the past where it was either just one table on the Red Button (with no BBC Two coverage) or an hour of coverage on BBC Two before being cut for a pointless repeat of some ancient programme with the remainder of the feature match being on the Red Button, summarily replacing whatever match was on there previously.

It is a shame that the BBC can't put coverage onto BBC Four prior to 7pm, or indeed clear their schedules for the snooker, because most of the time, when they're leaving main channel coverage to go to Red Button, its just for some old programming they could easily .... not show. I'm aware most of this is to do with the Covid situation, but it is way more reliable and doesn't require everyone to go online to see another table.


In a time of cost-cutting though it's cheap, already produced, content for around 4 weeks a year for part of the evening on BBC2 or BBC4.
Turns out nobody had 2020 vision.
ET
ethanh05 Wales Wales Today 11 August 2020 1:06pm
Over in pre-season friendly territory, Premier Sports are adding yet more strings to their bow - Swindon v Coventry is on Saturday, and they're already heading dangerously close to Sky tactics considering it's being hyped up as 'the battle of the champs', which technically isn't wrong but it's still ultimately Swindon v Coventry.

This joins the weird selection of Dutch friendlies and Celtic's UCL qualifier against KR Reykjavik as relatively pointless endeavours. Premier will take any football it seems.

Centre Court matches at the WTA event in Lexington are using the Tennis Channel graphics rather than the WTA world feed graphics. Amazon Prime Video are doing their own studio presentation and commentary which is unusual for an International level event but we live in unusual times and there are some big names playing.

FreeSports will be showing the final three days of the UK Pro Classic - made up of players who have qualified through the UK Pro Series events over the last three weeks. FreeSports haven't showed tennis since they showed selected matches from the Swedish Open in July 2018.
Tennis on telly | Hello, good evening, and remain indoors.
ST
Ste Founding member Granada North West Today 12 August 2020 2:04pm
Sky Sports NFL to launch as part of a new 5 year deal between NFL and Sky - https://www.skysports.com/nfl/news/12118/12047354/nfl-and-sky-sports-unveil-sky-sports-nfl-as-part-of-five-year-partnership 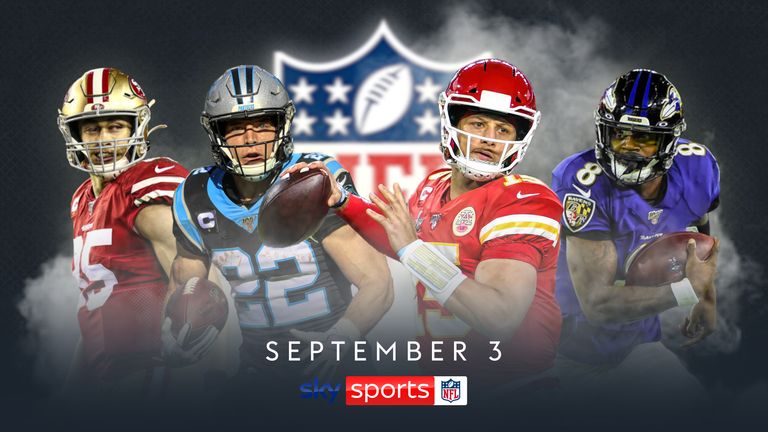 AxG Yorkshire Look North (Yorkshire) 12 August 2020 2:07pm
Maybe Sky should put a white background behind their logo so you can see it.

Or you know, used a white 'Sky' logo.

There are. Someone's just used the wrong one.