This site closed in March 2021 and is now a read-only archive
Previous Next
JA
JAS84 24 March 2018 10:45am
I bet a lot of people forgot it was on. Also, they made the mistake of having the telethon at the same time as an England football match on ITV.
DA
davidhorman 24 March 2018 10:45am
Whataday posted:

Hmm, I see their point but I think the celebrities motivate people to donate. Seeing a familiar face somehow brings home how dreadful the circumstances are.


Then you get them to narrate, or do a short piece to camera giving out the numbers, rather than parachuting them in somewhere to look concerned and sympathetic - not that I have any doubt that they aren't truly moved by what they see, it's just that some people are better at eloquently highlighting plights in a natural way. Sending out the likes of Ed Sheeran - not known for having much of a public persona, as such - just smacks a bit of stunt casting, as it were.
AN
Andrew Founding member 24 March 2018 10:51am
Looks like last nights show got the lowest ever ratings for a BBC charity telethon. This is a wake up call as it means they won’t just sleep walk into next time with no changes, like is often the case with Children in Need.
JA
JAS84 24 March 2018 10:56am
A big part of the problem was the scheduling. You don't air Sport Relief opposite actual sport on one of the other main channels! Should've done it a week earlier or later.
JC
JCB 24 March 2018 12:01pm
Next time bring Ricky Gervais back for Celebrity boxing. Many many people would pay to see the self-proclaimed genius getting punched in the face.

The Sport Relief telethon has never really manged to carve an identity out for itself that the public have taken to. Clearly this year, for whatever reason, the public just wern't interested. There must be a bit of panic going on at Comic Releif this morning.
JA
james-2001 24 March 2018 12:15pm
JCB posted:
Next time bring Ricky Gervais back for Celebrity boxing. Many many people would pay to see the self-proclaimed genius getting punched in the face.

Many people would queue up to do it!
TR
TROGGLES 24 March 2018 12:16pm
It is important that you make your branding distinct from other programming giving it that USP 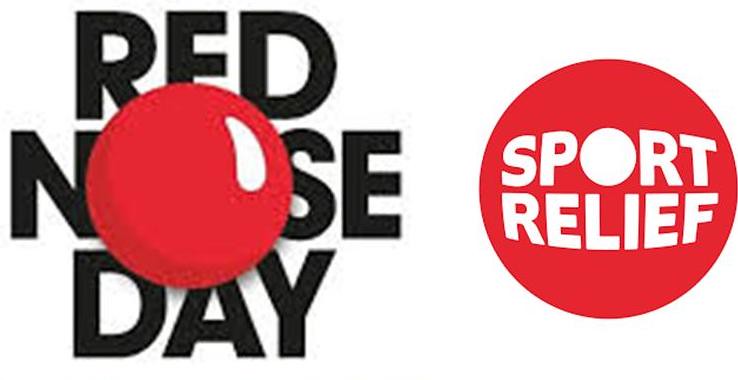 Steve in Pudsey posted:
I was asking TROGGLES, sorry - my attempt not to quote the same post on consecutive posts didn't make that clear.

Just a bit of effort to make the logo distinct would have helped.

I switched on to see two women knocking the $'!t out of each other in a boxing ring so turned off.
ET
ethanh05 24 March 2018 12:38pm
JAS84 posted:
A big part of the problem was the scheduling. You don't air Sport Relief opposite actual sport on one of the other main channels! Should've done it a week earlier or later.

It WAS only a Friendly mind against a side who haven't even qualified for the World Cup.
BR
Brekkie 24 March 2018 12:48pm
Andrew posted:
fanoftv posted:
The production was very smooth and filled with energy, somethings that last year's Comic Relief lacked in, though I suppose that boils down to the use of studio facilities rather than a club.

I’m not sure the studio audience were that into it, although to be fair, before the boxing started they were watching a couple of hours of people linking into clips.

The on the night total is down 17 million on last time. That’s quite a large drop. I had thought it hadn’t caught the publics imagination this year.

I wonder if that is more down to the recent Oxfam (and others) scandals than the night itself.


Good. The entertainment was poor in my opinion.
RE
Rex 24 March 2018 1:23pm
3.37 million for last night's Sport Relief, and also taking into account the peak at 4 million, is dire. And the drop in money raised strongly correlates with the ratings drop.

ITV must be chuffed at the BBC's scheduling error.