This site closed in March 2021 and is now a read-only archive
Previous Next
AN
Anthony_1984 28 May 2019 11:31pm
ViLoR studios each have two CD players as standard. And even a turntable.
JA
james-2001 29 May 2019 1:40am
Steve in Pudsey posted:
Most studios surely have a couple of CD players for backup purposes (and with the amount of music Moyles played that was probably enough!).


With the amount of music Radio 1 play half the time, 1 CD player would be enough. More waffle than music.
IS
Inspector Sands 29 May 2019 5:15am
Anthony_1984 posted:
ViLoR studios each have two CD players as standard. And even a turntable.

I stand corrected, I must go and have a look round one. Its such a clever idea


Going back to my other point, how many CDs do radio stations have these days? They wouldn't have a huge library of them like in the past and when a new station opens they don't sit there ripping hundreds of discs into the system.
SP
Steve in Pudsey 29 May 2019 8:31am
For the proposes of a one off OB it's not too big a deal to burn the current playlist off to CD-R is it? In fact I wouldn't be amazed if that was routinely done so there was a copy in the evacuation grab bag.
SP
Spencer 29 May 2019 10:56am
BBC TV Centre posted:
Interestingly when Moyles was at one of the BBC LR stations I noticed that the cartwall screen they used at R1 followed him, so they probably had a local copy running off a computer with a cached copy of the audio they had back in London and wired the audio of the PC into the studio.


I remember him bringing his own Instant Replay box (similar to this one), which has its own internal storage, to Radio Leeds for playing out some of his clips. IIRC, station jingles were on Minidisc, as they were back at base in London at the time. Although this was over 20 years ago now.

Inspector Sands posted:
Anthony_1984 posted:
ViLoR studios each have two CD players as standard. And even a turntable.
Going back to my other point, how many CDs do radio stations have these days? They wouldn't have a huge library of them like in the past and when a new station opens they don't sit there ripping hundreds of discs into the system.


At the commercial station where I am currently, you hardly ever see a CD these days, other than the occasional promo disc sent by a desperate record company - but even those are a rarity now. The CD library was binned over ten years ago. If the playout system fails, there's some music saved on the studio PC as a backup, rather than the old Now album we used to use. I think the obit music is also on there. I even think the silence activated backup at the transmitter is now file-based.
IS
Inspector Sands 29 May 2019 1:59pm
I had a nose round a TX site a couple of years ago and I'm sure one of the stations that came from there had an ipod sitting in the bay ready to go. Though another had a rather domestic looking CD player.
SP
Spencer 29 May 2019 2:10pm
I remember being sent off to change the DAT at the transmitter once.

HC
Hatton Cross 29 May 2019 6:18pm
Neil Jones posted:
I remember a good many years ago now when Jeremy Kyle was at BRMB late one night doing his Late and Live slot and he managed to break one of the CD players in the studio (by accident or otherwise). Anyway they plodded on all night with supposedly only one CD player and as you'd expect it was still broken by the time of the breakfast show at 6am and there's Les Ross peeing and moaning about there only being one working CD player.


One must have been already out for maintenance then, and down to two for playing the music.

BRMB had 3 Denon CD diskcart players in the main studio. BCX was never used for music playout, only ads, jingles, promos and other 'audio furniture' (

Those Denons were a lovely bit of kit, you could cue the start of the track on 0.1 sec increments, but the two top loading springs in the carridge to take the cd cart into the player were very flaky.

Given the use they got, they were always working loose or snapping making the use of them inoperable until fixed. Which is what I suspect happened that night.
CL
Closedown 29 May 2019 6:23pm
Yes, I used to enjoy being able to tightly cue a disc using the CD cart. Seem to remember a lognote on Dire Straits' Money for Nothing that said 'cue to noisy bit at 'XX.X secs' . Always nice to cue a track and then play a sweeper (on carts back then!) to hit a post. Small things, but how we amused ourselves in ILR back in the 90s;-) And mods, I appreciate we have now veered somewhat off-topic...
DO
dosxuk 29 May 2019 10:02pm
Spencer For Hire posted:
I remember him bringing his own Instant Replay box (similar to this one), which has its own internal storage, to Radio Leeds for playing out some of his clips.


This one by any chance? 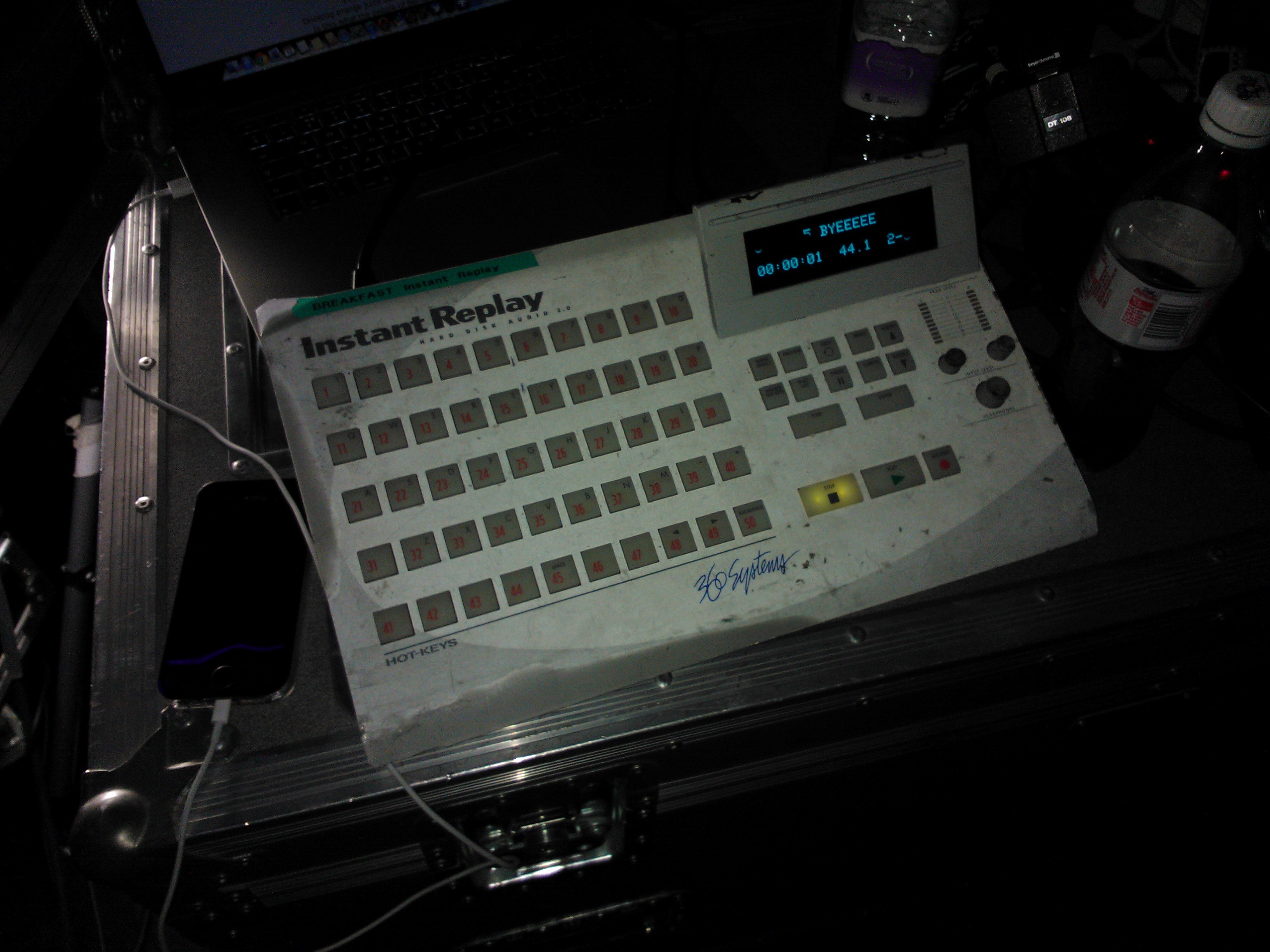 That one was being used to play Carpark Catchphrase, with various banks being recalled (by memory) to get "appropriate" responses from Roy Walker during the Moyles live venue tour in 2012.
SP
Steve in Pudsey 30 May 2019 5:32am
They had something like that in the studios at Yalding for the newsreader to play in the Newsbeat beds and out stab. The cuts were off computer.
IT
itsrobert Founding member 30 May 2019 8:03am
ITN used those Instant Replays in its sound control rooms from 1999 until SpotOn was introduced in 2004. They used them to play out bits of theme music and the voice overs on ITV News. They had replaced the use of Sonifex Discarts in some control rooms and traditional tapes etc in others. They also had the accompanying Short/cut Editor so they could perform more complicated edits.