A question about Granada before 1968

Whataday Founding member Wales Wales Today 3 October 2019 10:33pm
Spencer For Hire posted:
Whataday posted:
james-2001 posted:
Was at the Albert Dock earlier this year, very little trace of This Morning left now, but the pillars outside what used to be the studio are still a different colour and texture to the rest of the dock. Stayed in the Premier Inn there, it's quite fascinating, the way they've built it into the dock, still with the original walls, arches and roofs, makes it feel very different to a typical hotel.


There's a fairly large part of what we know as the Albert Dock that was built when it was redeveloped in the 80s rather than being original buildings. The Granada TV News building for one.


Granada was in the old Dock Traffic Office, definitely one of the old buildings. There’s a photo of it pre-redevelopment here: https://albertdock.com/history (first B&W photo)


Wow that surprises me as I clearly misunderstood something I was told previously.! I stand corrected.

nwtv2003 Granada North West Today 4 October 2019 6:51am
Steve Williams posted:
Although they probably didn't help themselves with Tony Wilson doing his best to wind up Scousers.


Reminds of me his joke, what is the best thing to come out of Liverpool? The M62...

Whilst he didn’t leave Granada outright he left very shortly after Granada Reports moved to Liverpool. I think a number of presenters were still commuting from Manchester also.
steve
steviegTVreturns


That article is fantasy stuff. Hasn't all this been discussed recently in here? The UK's UHF transmitter plan is part of a huge European template that was mapped out in Stockholm in 1961. The UK was an oddball country as it was, the only one to request four national UHF services (because we were using VHF for 405 lines services, that were planned to simulcast with 625 for many years (in the event 15 years) The broad locations of our UHF transmitters were defined at that conference too. There would have been a struggle to add extra UHF services at high power at any site. The BBC struggled to get extra allocations at Caldbeck /Sandale to carry BBC 1 Scotland, that didn't appear until 1979, and BBC 2 Scotland until the 80s. The IBA were only able to provide Border Scotland from Caldbeck after using the allocation for UTV at Divis on a 'self interference' basis.
--
Avatar credit: © BBC, ITA, BREMA 1967

However no, Winter Hill just about reaches the south of Cumbria on UHF, it didn't penitrate much further on VHF, too many mountains

james-2001 Central (East) East Midlands Today 4 October 2019 11:07am
Same time as Humberside then. Which everyone hated. And has now been out of existence for longer than it existed. 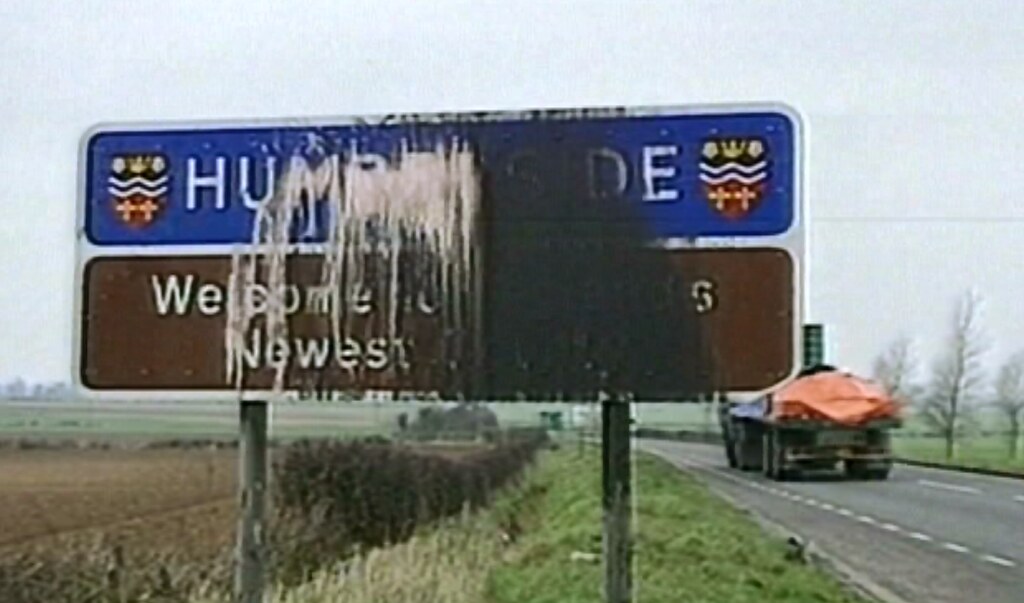 ..."at the first sign of danger my pussy's hairs stand on end" Betty Slocombe 27/05/1975
SW
Steve Williams 4 October 2019 12:47pm
nwtv2003 posted:
Whilst he didn’t leave Granada outright he left very shortly after Granada Reports moved to Liverpool. I think a number of presenters were still commuting from Manchester also.


Tony Wilson did quite a bit out of Liverpool, I think, because when they moved they installed Tom McGurk as the main news presenter but he didn't work out so they parachuted Wilson in quite quickly. There was a documentary about him on Granada when 24 Hour Party People was released and I remember the editor at the time paying tribute to how good he was at dealing with all the new technology, and that he was "the ultimate video news jockey".

He did say that when he was working in Liverpool the local kids spent more time driving his car than he did, mind.
RO
robertclark125 Central Reporting Scotland 4 October 2019 4:57pm
Markymark posted:
robertclark125 posted:
Up until border TV started, did Granada cover much of Cumbria?

However no, Winter Hill just about reaches the south of Cumbria on UHF, it didn't penitrate much further on VHF, too many mountains


Of course, prior to 1974, there was Cumberland, and Westmorland.

This is a 1996 bulletin, and it is clearly done from the Albert Dock. We know this, as the last item is about the Liverpool Model Railway Show, and the presenter says "being held right here at the Albert Dock"


May also be that now the franchise renewal was done and Phil Redmond's company had lost, they felt safe to cut back as they didn't have to look good with Liverpool coverage to the ITC any more.


I'm not sure that was the reason really. All the news bulletins including within the Tonight programme continued from Liverpool, with the late/weekend/ bank holiday stuff in addition, plus the GMTV bulletins from the beginning of 1993. If anything it was more busy.