Oneness on lockdown - new idents for BBC One

It's not exactly Dog Display is it.
CL
clarky 24 October 2020 5:36pm
🤦🏻‍♂️
IS
Inspector Sands 24 October 2020 5:39pm
As no one else has posted the link to the ident, here it is:
https://tvhome.co.uk/bbc-one/2020/10/24/1725
DB
dbl 24 October 2020 5:52pm
Super boring, but credit to Duncan livening it up with his script.
NA
natwel27 24 October 2020 5:53pm
They're still pumping these ones out? Goodness knows what the Christmas set will be.
TV
TV Times 24 October 2020 5:55pm
It never ceases to amaze me that someone in marketing at the BBC actually thinks these visuals are good, suitable for the UK’s leading channel and signs them off. To think someone actually planned this ident!! Oneness proving once more that creativity is dead.
FA
fanoftv 24 October 2020 5:56pm
Jonny posted:
How do you make *cats* appear boring. Dear me.

It's not exactly Dog Display is it.


What a marvellous Ident Doy Display was (more so with that original soundtrack).
Back when British presentation was exciting and bold.
CM
cmthwtv 24 October 2020 6:00pm
The sense I get from the last page or two of this thread is that we were supposed to be expecting a major rebrand and abolishment of Oneness at 17:25 on a Saturday evening in October with an hours notice?
TE
tesandco Founding member 24 October 2020 6:01pm
For those wanting to see it elsewhere, here's how it went out across all four nations in the 5.25 junction:- 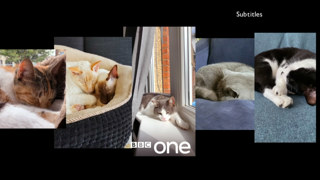 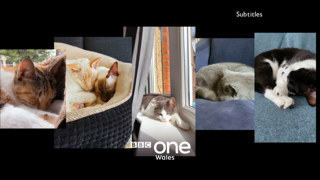 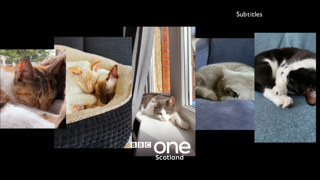 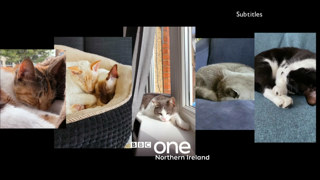 Thankfully it was only on network it was decided to add the extra meowing sound effects (sorry, no sycophancy from me). Although I think they'd all been given the script with the 'purrfect' joke in!
Last edited by tesandco on 24 October 2020 7:26pm - 3 times in total
JF
JetixFann450 24 October 2020 6:07pm
The idents that BBC One currently use are about as imaginative and creative as the FIFA 21 box art where images are just slapped onto either a white or black background and you call it a day to your boss where he ends up giving you a raise for making what appears to possibly be that you only spent literally 5-10 minutes designing the bloody thing. And then some idiot on some television forum then mocks your creation, telling you that what you've done was "lazy" and how they miss the balloon that flew across the UK, hell, they even miss the hippos going around in circles because that was more creative than slapping a bunch of moving images while slapping basically the BBC One logo that you found off of Google while what BBC Two has done was far creative and more budgetly spent than what you had done opening up Sony Vegas, Premiere Pro or some stupidly advanced editing software just for some bland and unoriginal identity.

Sorry, I just felt I needed to get that off my chest, but come on. We've been stuck with these idents for months, the whole Oneness idea we've been stuck with for nearly 4-5 years, surely the BBC's main television channel should at least TRY during the whole year instead of spending money on some fancy Christmas stuff that proves that Oneness can be done right with the right idea. (albeit, maybe bland at times?)

I understand the pandemic has prevented most of what the BBC were wanting to do, but why don't you develop those "Enjoy 2015" idents and create some animated imagery that ends up feeling more expressive and less tiring than basically slapping a tripod on some rock or ground while the people standing about don't do anything exciting, something that isn't just "Oops, it appears I've left this on record and not taken a photo- oh dear, the BBC want more of this?"
VM
VMPhil 24 October 2020 6:10pm
Oh man, that ident into the visually exciting (by comparison) Pointless titles.
JO
Josh 24 October 2020 7:37pm
Spotted on the Twittersphere...

“Honey is this absolutely necessary”

“Yes, now make a v-shape holding up these lights or no fun fun time for you.”#Strictly #SCD #StrictlyComeDancing pic.twitter.com/J0d929Nlqi