If you had been watching in the North West, you would have seen a Granada slide instead, and so on.


In fact for imports like this, shown nationwide, there would be a specific ITV region who would be responsible for compliance, editing and so on, and I believe in Home and Away's case that was Yorkshire, although they were never credited as such. You'll recall on Neighbours there was an extra credit for "BBC Television Presentation" which was the same thing.


I’m surprised to hear that it was Yorkshire who were “responsible” for Home and Away. It always seemed to be Thames/Carlton that played it out to the network (although quite a few stations recorded it off this feed and rescheduled it, and often played out the encore broadcast themselves). I’m not suggesting you’re wrong, but I do know that an early YouTube upload showing the “YTV Presentation” slide after H&A caused some confusion.

In the North East in 1996-98, we had a slide after some locally-produced shows that said “A Tyne Tees Television Production for Channel 3 North East”!! Even Crosswits sometimes used this slide locally, but a different one elsewhere. Imports were “A Channel 3 North East Presentation”.
CEEFAX SUBTITLES BEGIN SHORTLY
SW
Steve Williams 11 January 2021 1:53pm
Si-Co posted:
I’m surprised to hear that it was Yorkshire who were “responsible” for Home and Away. It always seemed to be Thames/Carlton that played it out to the network (although quite a few stations recorded it off this feed and rescheduled it, and often played out the encore broadcast themselves). I’m not suggesting you’re wrong, but I do know that an early YouTube upload showing the “YTV Presentation” slide after H&A caused some confusion.


No, it wasn't that - as I say, it always used to end with a Granada Presentation slide when we watched it, I can't find the clip on YouTube that was there for a while illustrating that. I remember in the short-lived TV magazine The Box there was a piece about ITV editing imports, with specific reference to Home and Away (as they cut quite a lot out of it, like Neighbours its teatime slot meaning it could sometimes be a bit santised) and I'm pretty sure there was a reference in there to Yorkshire being responsible for complying Home and Away for the network.*

I've just looked in the book Independent Television in Britain and it says that although imports were often bought centrally, and there was a committe chaired by Pat Mahoney of Thames to look after network-wide compliance, there was more work than any one company could look after so it was shared out between the various regions, and the committee would only look at programmes where the individual company doing it wanted a second opinion. So although Thames/Carlton played out Home and Away, it isn't unlikely that Yorkshire were managing the compliance - no different to Central playing out the schools and kids' programmes from other broadcasters, I suppose.

It's mentioned in the book in regards to a notorious incident with the mini-series Sins in 1987, which was full of sex and violence before the watershed, and just a few weeks after the Hungerford disaster when violence on TV was being particularly scrutinised. LWT were responsible for complying it, and there was an inquiry after hundreds of complaints, and it turned out virtually nobody at LWT had seen it, as John Birt was Controller when they bought it but he'd left, and the Head of Compliance said it needed editing but went on holiday before broadcast and it was assumed it had been done, and it hadn't.

* The other Yorkshire connection to the Australian soaps is that it was the first region to show Prisoner Cell Block H, and I remember reading someone on the internet speculating that when they introduced a British character, they came from Yorkshire, and wondered if that was because they were only on in Yorkshire at the time.

Inspector Sands 11 January 2021 3:45pm
I'm sure I remember going being in holiday in TSW land and seeing either their 'TSW Presentation' or 'TSW Programmes caption used after programmes made by other ITV companies.

Markymark Meridian (Thames Valley) South Today 11 January 2021 4:22pm
Inspector Sands posted:
I'm sure I remember going being in holiday in TSW land and seeing either their 'TSW Presentation' or 'TSW Programmes caption used after programmes made by other ITV companies.


One grey area was Gerry Anderson series.
I'm sure Thunderbirds had a small ATV logo alongside the ITC one in it's end title sequence, but Southern and LWT would sometimes cross fade into their own 'Presentation' end caps
--
Avatar credit: © BBC, ITA, BREMA 1967

Si-Co Tyne Tees Look North (North East) 11 January 2021 7:08pm
Inspector Sands posted:
I'm sure I remember going being in holiday in TSW land and seeing either their 'TSW Presentation' or 'TSW Programmes caption used after programmes made by other ITV companies.


I’ve heard that before. Apparently TSW did do this for a while - probably late 80s/early 90s after frontcaps were generally discontinued. Not sure how the real production companies felt about this!

They certainly didn’t do this prior to 1986 or it would have caused mayhem for Channel TV!
CEEFAX SUBTITLES BEGIN SHORTLY
JE
Jez Founding member Wales Wales Today 11 January 2021 7:21pm
i had no idea YTV were responsible for Home and Away on behalf of the ITV regions. I assumed Carlton was. Carlton were the furthest ahead with A Country Practice and were responsible for that with each region getting the Carlton edited closing titles when they reached the point Carlton started editing them (January 1994 I believe). On Central they didnt reach this point until October 1996 as they were way behind. This is a good sign the same edited episodes were shared around all other regions.

I assume Central were responsible for The Young Doctors and Sons and Daughters being the furthest ahead. Prisoner is more complicated as it started on YTV first in 1984 whilst Central started in 1987 but quickly overtook YTV who were only screening 1 episode a week. Central therefore were ahead for the majority of its run. Infact YTV had over 400 episodes left to screen at the point when Central reached the final episode (692) in December 1991.

Si-Co Tyne Tees Look North (North East) 11 January 2021 8:10pm
Certainly with Prisoner, different edits were around and scenes that were left intact in some regions were heavily censored in others. Even the closing credits were edited differently by different regions. Whether that implies that no single region was responsible for compliance I don’t know - perhaps content that that got past the initial compliance editors was subsequently deemed inappropriate by the region playing it out.

Similarly, with ACP, there was a mix of 60-minute and 30-minute edits around, and the 30-minute edits were not identical across all regions. Again some stations kept scenes intact that others had censored. I know that Anglia recorded Carlton’s broadcasts as they were only a few episodes behind, but other companies seemed to source them independently of Carlton.

Everyone seemed to have the sane edits of Young Doctors and Sons and Daughters - notably when Central began editing out sponsors from the closing credits, it took several years before some other regions “caught up” with these episodes, and had to fade/mix out early to avoid showing them. An exception was YTV, who - being so far behind with Young Doctors - re-edited some early episodes (which had sponsors intact).
CEEFAX SUBTITLES BEGIN SHORTLY
HA
harshy Founding member 11 January 2021 8:53pm
Does anyone remember if YTV had "YORKSHIRE TELEVISION PROGRAMME" endcap produced in 1989, i cant remember ever seeing the local version of it, I am looking for that Youtube clip where it shows all the stuff the design agency produced for the ITV regions to confirm.


Write that down in your copybook now.

channel4squares1 Central (East) East Midlands Today 12 January 2021 10:47am
There was also a "Produced for Thames Television" as seen on Jack the Ripper. Which I think it's similar to "Thames Colour Production" at the time. 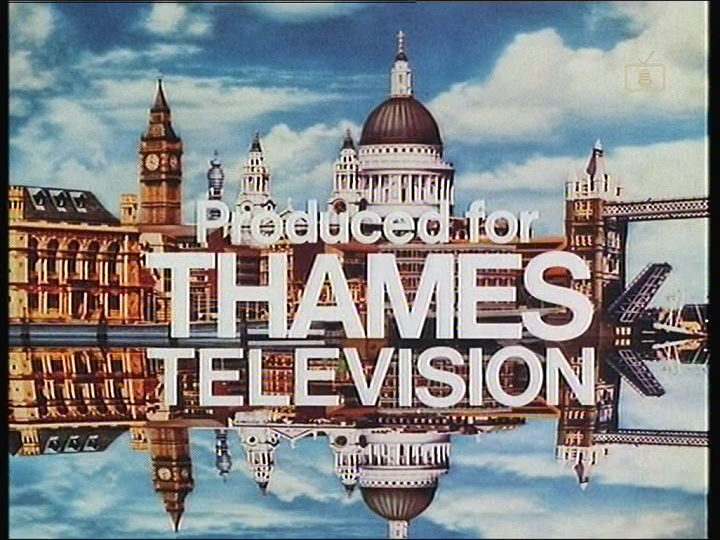 Whataday Founding member Wales Wales Today 12 January 2021 11:24am
noggin posted:
AIUI Action Time shows were unusual in that the Action Time element often refers just to the format, not the actual execution of the production - so ITV regional companies could license the format from Action Time, and possibly incorporate a level of production input, but production would still largely be handled by the ITV company.


I believe Action Time produced the 'game' aspect while the ITV company sorted out the 'show' bit.