This site closed in March 2021 and is now a read-only archive
Previous Next
BK
bkman1990 27 November 2020 8:31pm
RTÉ One has launched new idents today for The Late Late Toy Show which is being broadcast tonight on RTÉ One & RTÉ Player at 9:35pm. The RTÉ News Channel will be broadcasting their Irish Sign Language version at 9:35pm tonight.

The set for this year's show is being inspired from characters of Roald Dahl including Fantastic Mr.Fox in which Ryan Tubridy will be wearing a costume for tonight's broadcast. A pre-recorded global performance of Take That's Rule the World will also be performed by Irish kids living all over the world. A special guest star will also be featured on tonight's toy show extravaganza. 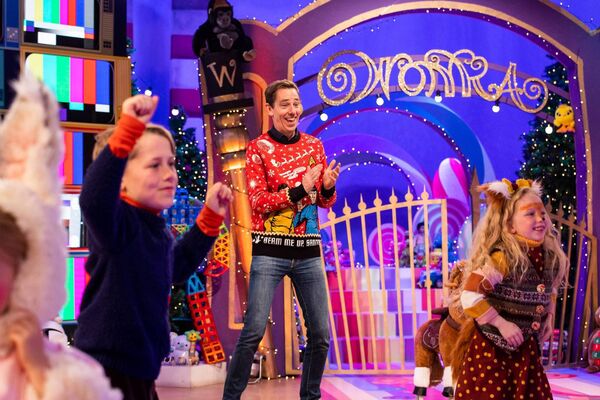 RTÉ have also released a special advert which tells you about curated Christmas adverts along with a Christmas greeting to the viewers.
RD
rdd Founding member 27 November 2020 9:57pm
Clever introductory section with a mock news report (with, er, Prime Time lower third), so we got two idents into the Late Late Show! (Also kudos to the production team for not going with the blatantly obvious choice of Pure Imagination as the opening number - though they couldn’t resist quoting a few notes of it).

And the Late Late Show Band (Camembert Quartet) is back on the show tonight, apparently for one night only.
AJ
AJB39 30 November 2020 7:59pm
The Late Late Toy Show was watched by a consolidated audience of 1.7 million across the weekend and it had a 79% audience share. To put that in context that’s the equivalent of more then 20 million viewers in the UK.