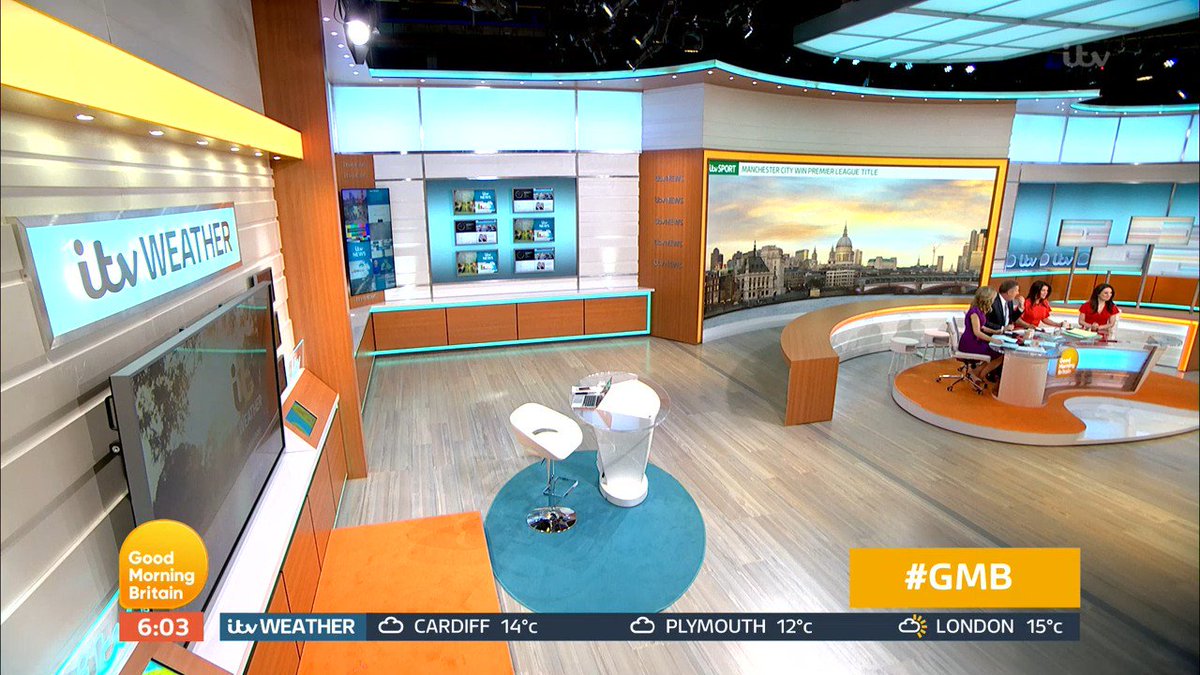 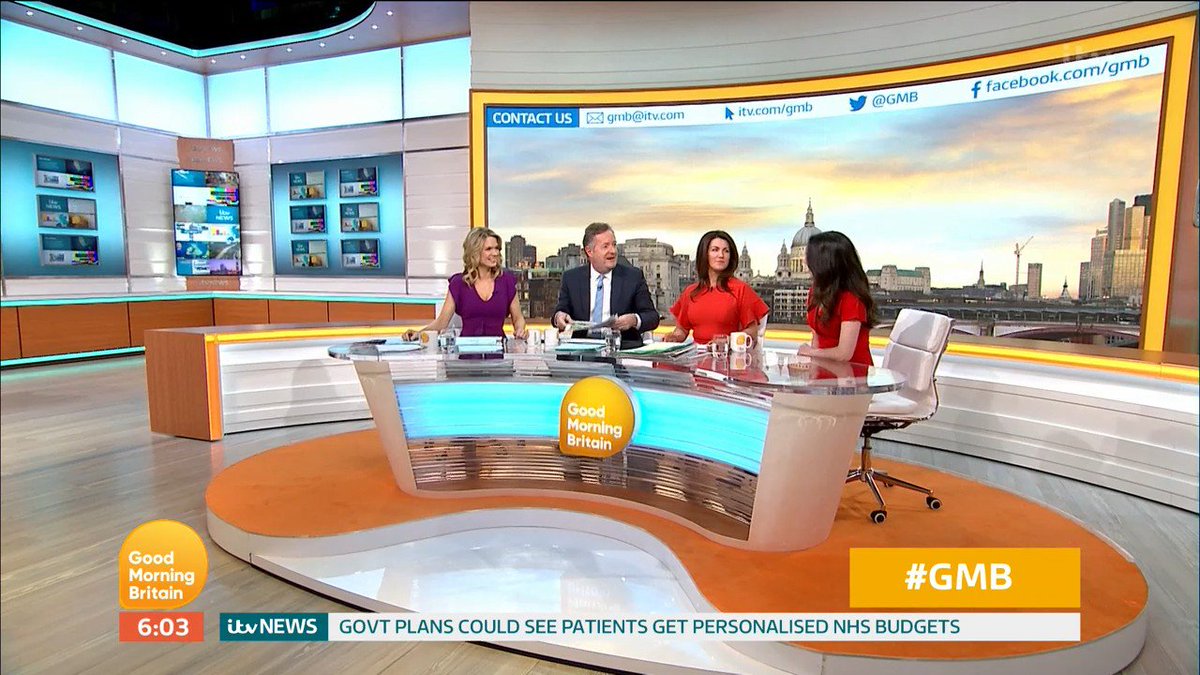 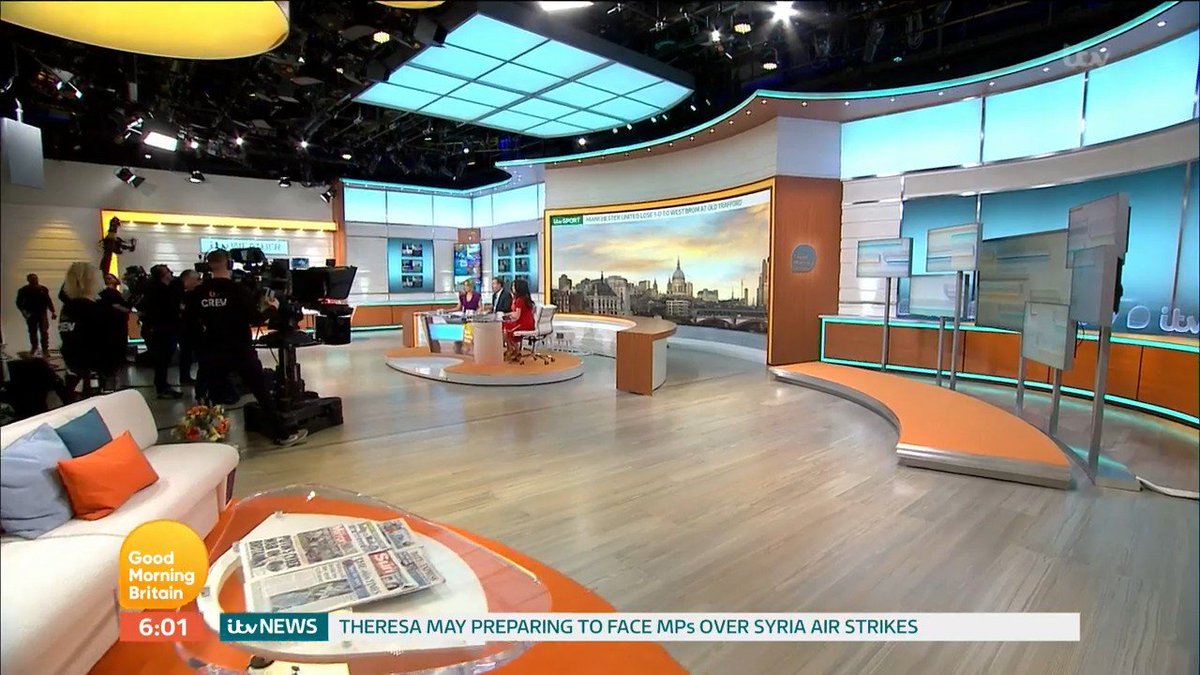 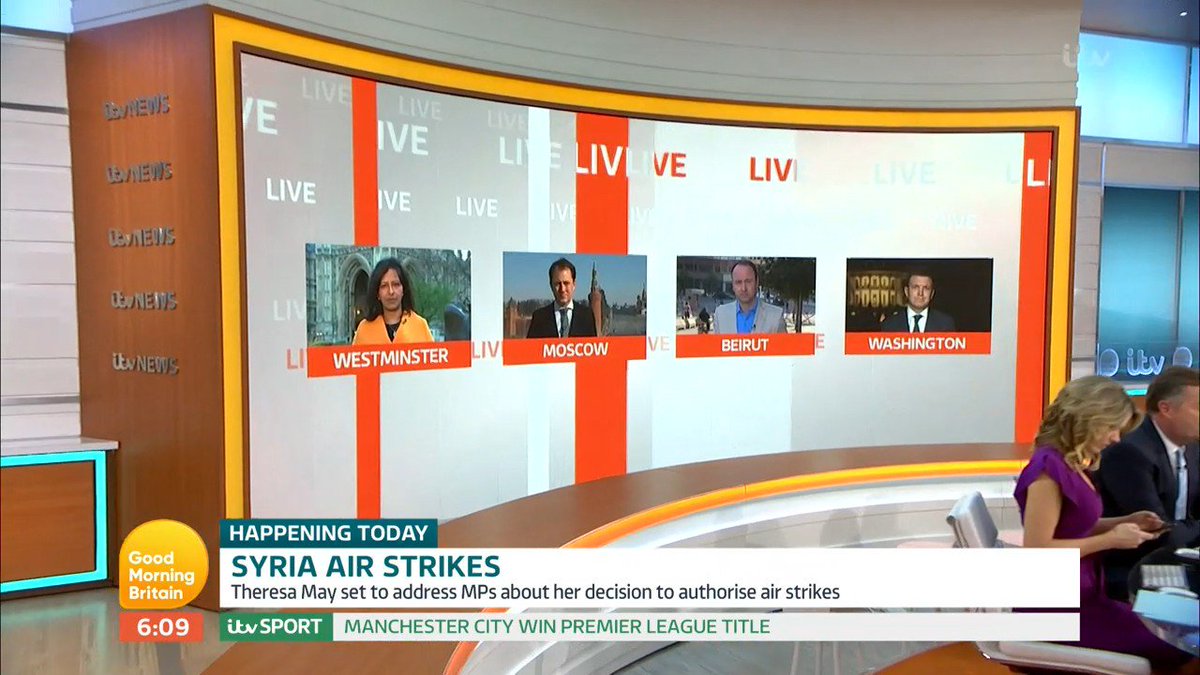 UT
Upload TV 16 April 2018 6:17am
A shame they didn’t go back to the normal theme tune, not a fan of the poorly edited headline bed
UB
UBox 16 April 2018 6:17am
Love the use of relevant images on the screens behind Dr Hillary and Charlotte. Really like the attention to detail. Unfortunately seems they aren't using the OTS. Only thing I don't like us the flicker at the top of the video wall - it just seems like it was put there for the sake of it. If anyone got a cap when they did a pan of the studio then that would be great.
*just seen the images have already been posted
AA
Aaron_2015 16 April 2018 6:18am
The newsreader shot is very effective, despite the ‘gallery’ being a lot smaller than the old studio. The random arrangement of screens in the demo area looks quite odd, but makes for a very effective guest shot.
IT
Ittr 16 April 2018 6:18am
Upload TV posted:
https://up.metropol247.co.uk/uploadtv/59F5AEFF-BAF2-4F66-9C85-BA6B5E9D4BD4.png

ITV Breakfast has been a subsidiary of ITV Studios since 2009. Also, when the program has a complete ending the ITV Studios logo is shown, as is the same with Lorraine.