This site closed in March 2021 and is now a read-only archive
Previous Next
NJ
Neil Jones Founding member 5 February 2021 7:27pm
Because the TV Breakdown Appreciation thread was so successful, and we all like a bit of fiction, I thought it might be worth seeing how fiction handles breakdowns in their own little worlds. This will probably fall flat on its arse but whatever

To open the discussion, here are four breakdown slides that have appeared on The Simpsons, some of which are more plausible than others: 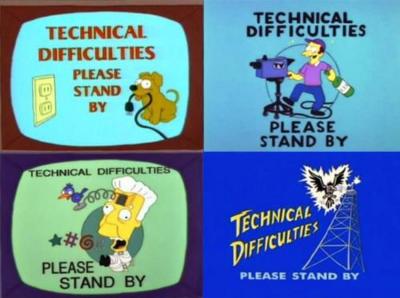 There are no doubt others.

Probably one of the better known fictional test cards which was used to open the Mitchell & Webb Quiz Broadcast sketches: 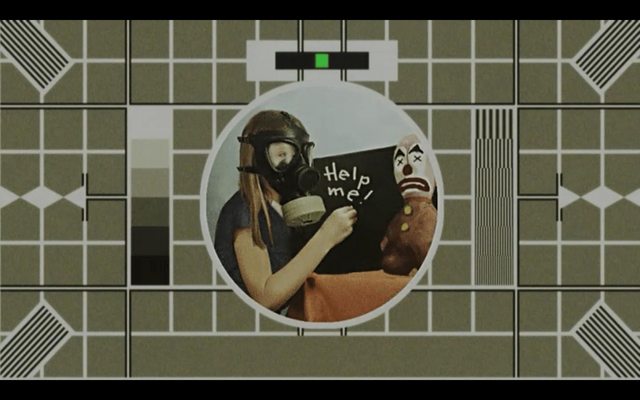 There were a few of these with different text on the blackboard for each sketch.

Any other notable examples of fictional/parody test cards or breakdown slides?
IT
itvblocks 5 February 2021 7:33pm
Not a fictional test card as such, because this was actually used when channels closed down on ITV Digital.

This gives me a chuckle, though.


And two different beers doing the same kind of thing


For fictional breakdowns, the live episode of Inside Number 9 springs to mind as one we discussed here at great length.
DA
davidhorman 5 February 2021 8:09pm
Then there's Life On Mars, where the Testcard F girl turned to be
Show hidden content…
some sort of demonic being on a mission to drag Sam Tyler to hell.
ST
steddenm 5 February 2021 8:36pm
There's a few on here.. https://testcard.fandom.com/wiki/Comical_Test_Cards
TI
TIGHazard 5 February 2021 8:45pm
steddenm posted:
There's a few on here.. https://testcard.fandom.com/wiki/Comical_Test_Cards

Also a brief (almost too brief) moment of a programme slide on I'm Alan Partridge:

XI
Xilla 5 February 2021 10:21pm
The videogame Sonic Mania has a stage set in a TV studio, the boss takes the form of a weather forecast which creates hazards for the player to avoid.

Defeat the boss, and the forecast is replaced by this! BC
Blake Connolly Founding member 5 February 2021 10:39pm
Can't remember whether this Leatherface testcard was in TV Hell or TV Offal, but it was Victor Lewis-Smith's work, anyway. 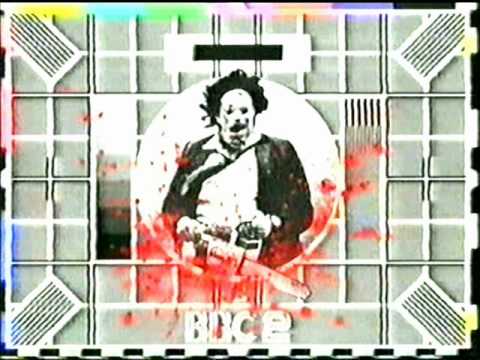 Probably a good thing said shows were post watershed!
JA
james-2001 5 February 2021 11:32pm
Xilla posted:
The videogame Sonic Mania has a stage set in a TV studio, the boss takes the form of a weather forecast which creates hazards for the player to avoid.

Defeat the boss, and the forecast is replaced by this!

That does look TCF inspired which is interesting... any Brits working on the coding of the game? Was TCF ever used in Japan?