London Lite Founding member London London 26 August 2019 1:41am
mr_vivian posted:
I did a google and Channel 4 complaints are sent to Belfast. I didn't know Channel 4 had any departments here.


4Talent Northern Ireland is based there.

VMPhil Granada North West Today 9 September 2019 9:27pm
Noticed that during Jamie’s Meat Free Meals they’re using the on screen address of all4.com - any reason why other than it being slightly shorter than channel4.com? (Which it redirects to anyway)

I don’t think so.
Retired from TVForum.

PFMC84 UTV Newsline 25 September 2019 8:42am
What was the significance of showing the old 1982 ident for WAD, and for a single programme?

Steve in Pudsey Yorkshire Look North (Yorkshire) 25 September 2019 8:55am
I guess it's a nod to things like the BBC RemArc project, using archive to trigger remeniscences in Alzheimer's and Dementia patients.

RO
robertclark125 STV Central Reporting Scotland 7 October 2019 6:00pm
In the early days of C4, from 1982 until 1993, the regional ITV companies sold the channel 4 airtime. Did they, the regional ITv companies, have a separate ad playout suite from their own transmission suite for broadcasting on ITV? If so, once C4 sold its own airtime from 1993 onwards, what happened to those playout suites, at say HTW West, STV, Tyne Tees?

tesandco Founding member Granada North West Today 7 October 2019 6:57pm
Spotted going out this evening, it appears Channel 4 have gotten onto the current mental health awareness thing too with a re-edited version of their idents. 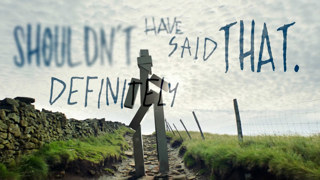