This site closed in March 2021 and is now a read-only archive
Previous Next
FA
fanoftv 9 September 2015 8:34pm
What an excellent production by all involved! It very much captured every era of CBBC and distributed the time to reminisce about them very well. It was brilliant to see so many of the old presenters from over the years. The various VT's made me realise how many there had been especially through the late 90's/early 00's period for analogue TV (Mainly) they certainly had their fair share.

The attention to detail was wonderful and it in quite a rare occurrence it was lovely to see clips that weren't simply pulled from YouTube. Some of the graphics, especially the early 1990's black logo looked very crisp in HD and worked well mixed with each other.

It showed how despite the 'trying to be cool' 2002-07 phase the puppet assistants have been a fantastic asset to CBBC over the years; adding that extra dimension for the main presenters especially when presenting solo and becoming the mascots for many viewers who seemed to adore them more than the humans.

What a glorious way to celebrate 30 years of marvellous presentation! Long may it continue!
NA
Nathan 9 September 2015 8:43pm
Does anyone know if any CBeebies launch links in full ever popped up online? If so, they've disapeared over time. Or are the clips included in the CBBC 30th Special the only ones in the public eye at the moment? I think it's strange that a historic moment for children's television seemingly only exists in the hands of the BBC themselves.
LL
Larry the Loafer 9 September 2015 8:57pm
I only set the Birthday Bash to record. Going by the sounds of it, I've missed a lot of extra bits, and now I'm annoyed...

DB
dbl 9 September 2015 9:10pm
To those who didn't see the links (kindly uploaded by catbooks)


Andy Crane and Edd the Duck on BBC Breakfast: 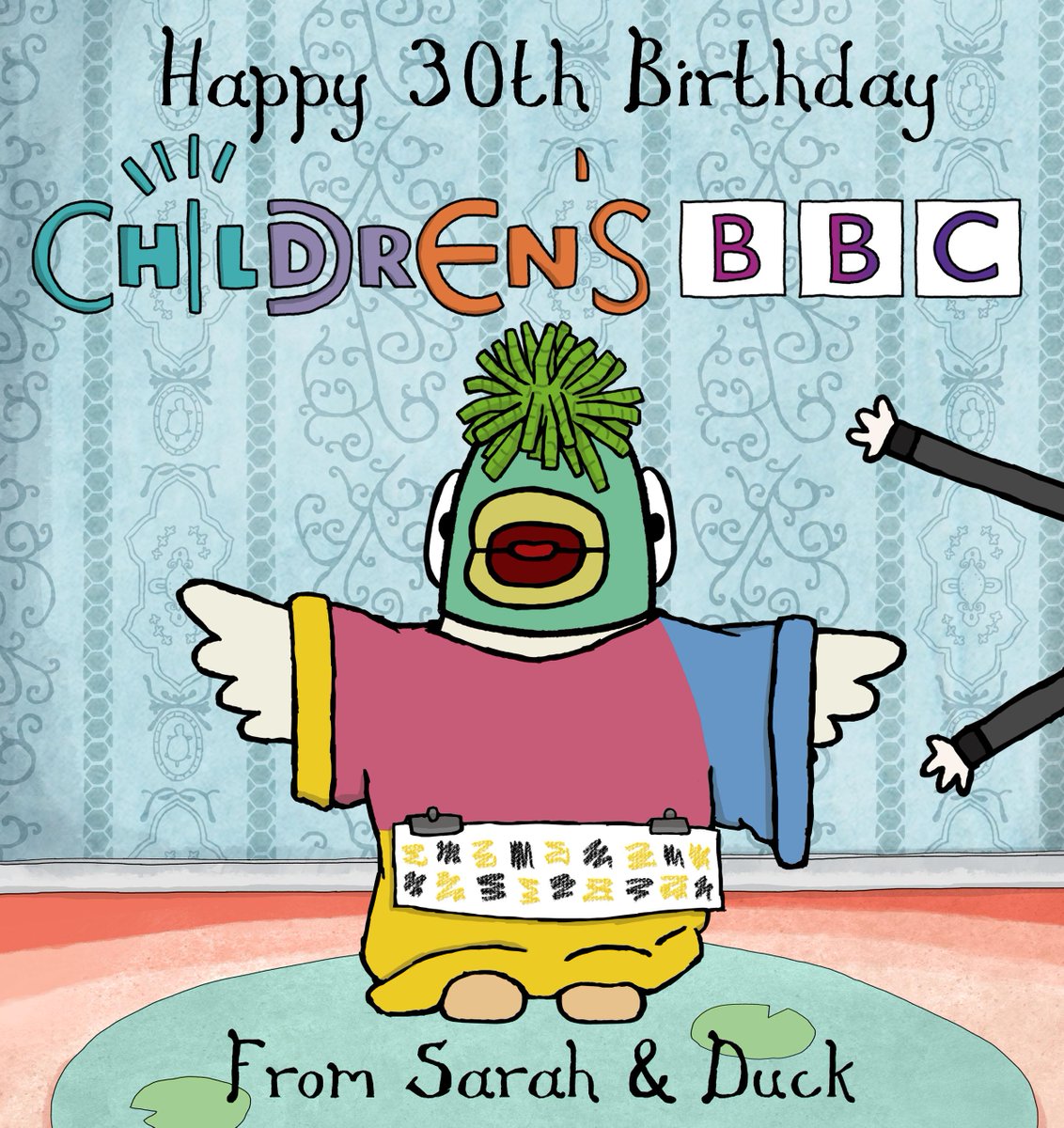 Actually, CBBC and Cbeebies crossover a lot in continuity. Dodge and Hacker appear on Cbeebies quite a bit, and a little while ago Andy accidentaly walked onto the CBBC set.
AN
Andrew Founding member 9 September 2015 10:02pm
According to Wikipedia, 993,000 is the highest rating ever for the CBBC Channel. Whether this will beat that I don't know, as I don't think the show was ever trailed on BBC One.
AS
Asa Admin 9 September 2015 10:05pm
That was clearly done with a lot of love. Right from that opening title sequence and Andi and Edd in the (widescreen!) broom cupboard to the whole history of each era was just great. Ending on the old BFT music? Brilliant!

Well done to all involved, I'm sure a few of them are having a good night out in Salford tonight

And did anyone spot Andi and Edd doing a special ECP over Flog It earlier, promoting the CBBC show? 'Behave Edd, we're on BBC Two!'
LL
Larry the Loafer 9 September 2015 10:13pm
I'm honestly surprised they pulled out so many stops. I could be wrong but I'd assume most of CBBC's viewers wouldn't take an interest in the "retro" idents and graphics.

And those bugs really haven't aged either. I've completely outgrown CBBC but the current look is dire compared to the bugs.
DB
dbl 9 September 2015 10:21pm
Larry the Loafer posted:

And those bugs really haven't aged either. I've completely outgrown CBBC but the current look is dire compared to the bugs.

Yep the current presentation package is dire, compared to the 3D look they had or even the bugs. They've gone flat but made it an eyesore at the same time.
MA
madmusician 9 September 2015 10:23pm
Multi posted:
madmusician posted:
Yes, that was just amazing. You can tell that genuine fans put that all together. Just how old is Cel? It's the first time I've ever come across him, and thought he was excellent.

I also like that despite the fact they tried to theme the presenters by 80s, 90s, 00s etc, it effectively was done by eras. It's frightening to think that the 2002 launch of the CBBC channel was actually quite a long time ago now. In fact, the children ringing in for birthday greetings by-and-large weren't born when that happened. Makes me feel rather old.

Thanks to all who put that show together. A triumph!


Cel's 20. Done quite well for himself too - started on Waterloo Road and now has his own Radio 1 show.


Thanks for that. I was a bit thrown by his reference to Ed and Oucho being his era, as I'm about to turn 24 and really feel Studio 9 and early bugs as my era. But, working it out, he'd have been 12 when Ed and Oucho began, and I really feel that that wasn't my era at all, but that's because I was turning 16 and really moving away from kids telly. In fact, I stopped watching kids telly around 2005/6, when I'd turned 14. So it does make sense that Cel (although just being 3-4 years younger than me, and the same age as some close university friends of mine) has a big gap between his and my eras.

Incidentally, I really rate the 2002 launch look. I know that ftv described it as "too cool for school" above, but I think it really hit the zeitgeist. It certainly came at the perfect time for me, as I was outgrowing the Studio 9 silliness a bit by that point, and the whole interactivity and live-ness of that era brought me back over from CITV. It's so odd to think that that era was so long ago, as it still seems quite recent, in a way, to me.

Anyway, I thought Cel was excellent today. Really captured the spirit of the thing, knew his facts and was a really solid live presenter. I think he'll go far.