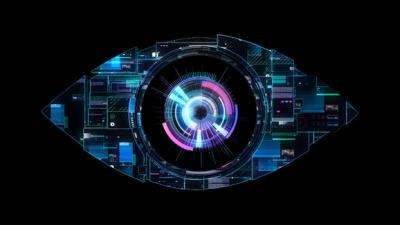 Big Brother is soon upon us again and today Channel 5 have revealed the new Big Brother eye. It looks to be a 'fake' one before the 'lights are turned on' sooner to the launch. I'm thinking they might be doing a themed series again as it appears to be made out of circuit boards.

Quote:
Big Brother to have 'Power Trip' theme, one housemate will get control

Big Brother will return this summer with a 'Power Trip' theme.

In the twist, one housemate will get control of the compound and their power is likely to include having a say over who gets evicted, who gets treats, and who suffers while in the house. 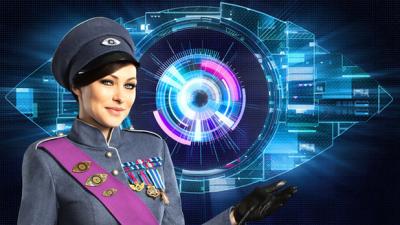 However, the housemate in power will only have control for so long before someone else becomes the ruler.

The new theme will kick in on launch night and will "dominate the house for the summer", as housemates must be "ruthless" to get power and keep it.

Viewers will also be given the power to manipulate the contestants throughout the series.

The twist was confirmed by Channel 5 today, while Big Brother's Bit on the Side host Rylan Clark tweeted this morning: "Big Brother: Power Trip. Coming soon."

The famous Elstree house has been given a makeover, with a futuristic look to match the new eye. Technology is said to be at the heart of the new house, which features open spaces and sleek clean lines.

Quote:
Whoever has the power will be able to influence, twist and control events in the House like never before in Big Brother: Power Trip.

Big Brother: Power Trip will initiate on launch night with Emma Willis and it will dominate the House for the summer. Housemates will have to be ruthless to seize power, keep it and impose their will on the rest of the house. The housemates aren’t the only ones – viewers will also be given the power to manipulate housemates throughout the series.

This year’s BB House has been completely renovated and redesigned. Gone are the sumptuous furnishings and ornate decorations of the last Celebrity Big Brother House and in their place now feature stark open spaces and sleek, clean lines in a House that looks as though it has been transported from the future. Technology is at its heart.

Emma Willis and Rylan Clark host Big Brother's Bit On the Side, the show that dissects and debates BB. Big Brother's Bit On The Psych is back on Saturday nights with Rylan Clark and Iain Lee, where a panel of experts and psychologists will analyse the "power struggle" in the House across the week. Joining them as a regular panellist on Bit on The Side and Bit On The Psych is Luisa Zissman. She’ll also be a roving reporter for Bit On The Side.

As ever, behind every mirror, multiple cameras will be tracing the housemates every move and as this year’s theme suggests, power is the key. So, who has the power? Big Brother will get back to you!

Another teaser through the link too.

TODAY (previously SWFC) Yorkshire Look North (Yorkshire) 26 May 2014 10:55pm
Personally, I think this is the best of all of the Channel 5 BB eyes. However, I still prefer the designs of the latter series' of Big Brother when it was on Channel 4. There always seemed to be more personality behind the eye designs on Channel 4.


It's one of the best rating programmes for the channel, especially the celebrity editions, they would be mad to not renew it. It's the perfect platform for launching new entertainment programmes too that channel 5 don't have many of these days.

As for super cass, I find her irritating, however one thing that I do like is that the pre programme sponsor is shown at the end of the adverts, before the ident meaning a better flow from themed ident into the episode.

VMPhil Granada North West Today 8 June 2014 9:56pm
I find the SuperCasino sponsor stings annoying too but it seems every sponsor that Big Brother has ever had has been annoying one way or another.
TW
tweedledum Border (England) Look North (North East) 8 June 2014 10:18pm
David posted:
I'm quite liking the sponsor stings this year. They seem to be different every day and every break (although the same ones play out again during Big Brother's Bit on the Side). What do we know about Super Cass? Does she write her own scripts or is she an actress playing a character written by someone else?

VMPhil Granada North West Today 8 June 2014 10:27pm
tweedledum posted:
David posted:
I'm quite liking the sponsor stings this year. They seem to be different every day and every break (although the same ones play out again during Big Brother's Bit on the Side). What do we know about Super Cass? Does she write her own scripts or is she an actress playing a character written by someone else?

It does feel as though you're watching them go out live or at least recorded half an hour before the show goes out.


(Is it bad to admit on here that I'm actually enjoying the show so far this series?)