This site closed in March 2021 and is now a read-only archive
Previous Next
MO
Mouseboy33 20 July 2017 6:39pm
Well following the end of this past season Global announced that Big Brother Canada was put on hiatus. Global never specified the exact reason for a hiatus rather than just a cancellation. This sent fans into mourning even all the past houseguest were flipping out but Global never gave a real reason for the hiatus so the fans mounted a huge campaign. Then a mysterious tweet appeared yesterday on the Global tv twitter account.


It uses the hashstag (#YouCanandYouWill) its a famous line that Arisa Cox used during a episode in which Sindy says "I cant do it". Arisa retorted "You can and you will!" It became one of those memorable lines from season.

This mysterious tweet sent fans into uproar and continues to do so. The official Big Brother Canada twitter account soon was re-activated after laying dormant since the shows finale.


Arisa Cox then re-tweeted it out. Saying nothing else.

Then appearing on the Global Facebook page a count down clock that started at 24 hours and has been counting down since last night. All night with a mysterious drone occasionally interrupted by quick and short barely view-able scratched and flickering clips from the last series. And apparently the show theme playing in reverse just was played out. After the videos play or audio plays it returns to mysterious drone and the countdown clock.


Mass Big Brother North American hysteria started online. The clock is still counting down. Apparently during the Canadian broadcast of Big Brother US live eviction episode the clock will rundown.

So you are thinking in a few months? Or next autumn......Thats an idea. Didnt think about a change in the time of year its airing. The last series was so good, it was certainly a big disappointment when the "hiatus" was announced. These last couple of hours are excruciating. LOL. Hoping its a series return and not something else. Like repeat airings on Globals' Slice channel or some kind of episode archive app or something lame like that. Fingers crossed.

Whats crazy and likely part of the plan is the official BBCAN twitter accounts is pretending they dont know whats happening either.

MO
Mouseboy33 21 July 2017 2:47am
Big Brother Canada is officially back 2018! As announced by presenter Arisa Cox. IMO a masterful and engaging bit of marketing. As with alot of things done by the producers on this program it was well executed. Kudos to them.

MO
Mouseboy33 4 October 2017 7:41pm
Whoa Big Brother Canada might be getting yet another new house. Rumours swirling that the studio they use (Showline Studios) has been sold. So if this turns out to be true, we might see an entirely new house. Top to bottom. This is the 2nd completely new house. After series 1, they had to move and completely built a new house and it was even better than the launch house. This gave producers the opportunity to correct any mistakes and clear up shooting angle problems and other issues. Over the past 4 seasons they have really improved things with house itself. And certainly if the programme has to relocate they will just make it better. BUT, rebuilding and rewiring an entire new house cant be cheap, and Canadian reality shows are expensive. So maybe this also another reason why the should was in hiatus mode. Uncertainty if they have to move. Maybe the show can stay in the space for another series? Im sure the space is contracted for a specific timeperiod. Are they at the end of the lease. Lots of unanswered questions. Its shame Global doesnt really have its own studio space it owns. Its must be disruptive to have to rip out and tear down everything. Yet CBS persists with the dump they've been using for years. But intriguing nonetheless.

MO
Mouseboy33 24 January 2018 2:24pm
Its slowly becoming clearer as to why Big Brother Canada/Global announced their hiatus last year and seemingly has to the do with their studio space being sold and the manner in which it was sold. According to published reports int he local press. They were told to get out in one month. Leaving production scrambling and likely without a back-up plan they had no choice but to announce the hiatus which left fans in an uproar. So its still unclear where they are building the new house and if this is permanent. Seem to be that Global needs to buy a space instead of renting studio space, this has got to be getting expensive. This will be the 3rd house they built in 6 series. Likely making the show not as profitable as it could be, with all the moves and studio changes. CBS is making money hand over fist because they dont do anything to their Big Brother shack. Hopefully Global havent overextended themselves. Canadian tv has razor thin profit margins. 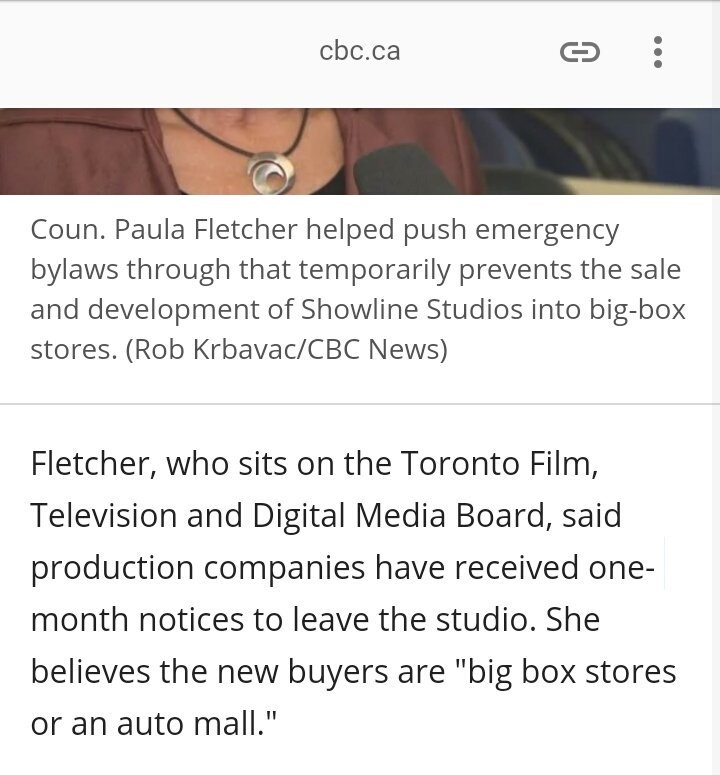 JA
JAS84 24 January 2018 3:24pm
One month? What would they have done if that had happened in the middle of a series?
MO
Mouseboy33 25 January 2018 12:58pm
I would have thought they would have enshrined in the lease would wouldn't end in the middle of a series. Its likely they had a get out notice at the end of the lease. Or they got word during the final weeks of filming that they were going to have vacate the premises. Because likely Global knew they were going to renew the programme. But they usually hold that announcement to the end of the series. So instead after it goes off they say its going on hiatus. Which indicates to me it was gonna come back, but this studio issue threw everything into doubt so they had no choice but to announce not a cancellation but a hiatus. I wondered why the "comeback" announcement was so brilliantly planned.
Last edited by Mouseboy33 on 25 January 2018 5:51pm
MO
Mouseboy33 26 January 2018 7:56pm
A they are finishing up the completion of the brand new rebuilt Big Brother Canada house. Cant wait.