Previous Next
TM
ToasterMan (previously BeanosOnToast) Granada North West Today 16 September 2019 9:36pm
This may be partly due to fact I grew up in the midpoint of the 1998-2006 era of CiTV, but out of all the logos in the strand's thirty-six year history, both variations of the logo used through the late 90's and early 00's looked most comfortable for the strand, much better than the 1991-98 logo. Its uniquely designed letters, bold use of primary colours, helped to freshen the strand's image, along with the much anticipated relaunch of in-vision continuity, without being overly childish, massive props to Carlton/Central's graphic design team at the time:

I was greatly disappointed when it was dropped for the launch of the CITV Channel, with the (much inferior) corporate logo; limited to only two shades of colour; dark magenta and cream white. At least, the 2013 corporate logo seemed to have taken a note from the 98 logo, with yellow being its primary colour: 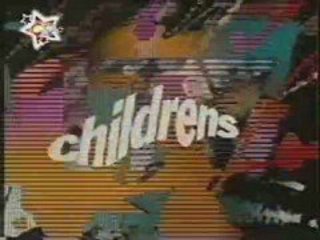 Unlike the mid 1990s and early 2000s packages, this one has dated well.
File upload service: http://www.metropol247.co.uk/uploadservice

I thought it was dropped earlier, the closing variant was dropped after August 31st, 1990, then Stonewall introduced the (very short-lived) CGI idents, and this practice continued after Central won back the contract.

I was talking about the weekday afternoon strand.
:-(
A former member 17 September 2019 12:52pm
Still in use at least during 1991. And has been used going into tommy era.

Whataday Founding member Wales Wales Today 17 September 2019 12:57pm
Worth noting that the initial 1998 ident was nothing compared to the package that followed quite soon after:

All the idents were quite sparse both in terms of visual and audio. They really hit their stride from 1999 onwards.
Last edited by Whataday on 17 September 2019 1:04pm