BBC Three returns to TV on BBC One

This site closed in March 2021 and is now a read-only archive
Previous Next
MA
madmusician 11 February 2019 11:42pm
623058 posted:
It was Before BBC 3 closed down wasn't it? New Family guy was burned off in this slot.
https://www.youtube.com/watch?v=PyHDC9ZfTGI

They believed that audiences would stick around on iPlayer, and while Killing Eve and Class (both of which were marketed as BBC3 dramas) both got popular, no one was really going to stick around for content they can find elsewhere else


Two interesting examples here and they couldn't be more different. It's hard to argue Class was ever popular, the pilot I guess had some interest but I don't think it's in anyone but the most hardcore whovians consciousness - especially compared to BBC 3's first go at a proper Doctor Who spinoff in Torchwood. Then it was shoved out proper late night BBC one months later with pretty poor ratings.

Yeah, Class was a flop. If it was popular, don't you think we'd be watching season 2 by now? Instead, it was cancelled, and all we got was some Big Finish audio plays.
AA
Amber Avenger 12 February 2019 8:27am
Brekkie posted:
Is Fleabag, which they're launching with, the new series or a rerun of the first?


The new series according to Chortle

JAS84 posted:
Yeah, Class was a flop. If it was popular, don't you think we'd be watching season 2 by now? Instead, it was cancelled, and all we got was some Big Finish audio plays.


Well yeah I agree, I wasn't the person who said it was popular

SW
Steve Williams 12 February 2019 8:53am
_Tom_ posted:
I actually ventured back into BBC 3 for the first time since shut down a couple weeks back and then realised most of the new shows are literally less than 10 minutes long... really perplexing.


Well, this isn't right - you can see 29 programmes on here, and the shortest is 12 minutes long.
https://www.bbc.co.uk/tv/bbcthree

The rest are nowhere near less than ten minutes long. BBC3 do indeed do some shortform content via YouTube ans so on, but they also make many full length programmes.
CW
Charlie Wells Moderator 12 February 2019 9:45am
It's interesting to note the press release uses the phrase "special slot" and does not specify how long this slot will be, even approximately. If the slot was 90 minutes long then potentially they could hand over to BBC News slightly earlier at 00.10 (allowing 5 mins for weather for the week ahead). Alternatively it might be just 30 minutes long on some nights, with some non-BBC Three branded content to allow for any nation opt-outs.

Worth noting tonight after the news the two programmes being shown are BBC Three programmes according to their programme pages. (22:45 Inside the Real Saudi Arabia, and 23:35 Brainwashing Stacey.) With that in mind I wonder how much of this press release is PR spin for what's already partly happening, and is attempting to hide some more cost cutting. Worth noting they coincidentally decided to also announce the return of Crackerjack yesterday, which happily for the BBC the tabloids ran with instead of the news being shortened or cost cutting.
NG
noggin Founding member 12 February 2019 10:00am
This move makes total sense. In one of the DQF or PQF rounds the BBC decided to no longer commission original content for the 2230 (or was it 2300-2315) slots, with a few exceptions (the now-axed Film programme being one) The slots instead ended up being filled with repeats or extended versions of existing shows. (This was around the same time that BBC daytime moved from original commissioning to repeats of BBC One daytime shows, classic sitcoms and documentaries, and a morning of News simulcasts)

Broadcasting BBC Three 'new to linear' content in this slot solves two issues the BBC has I guess. It provides original (to the linear audience) content for BBC One and it provides a wider potential audience for BBC Three content (removing it from the semi-paywall of needing a data subscription to watch)
RD
roger delacroix 12 February 2019 10:46am
I knew it
TI
tightrope78 12 February 2019 12:33pm
What will happen in Northern Ireland? We have quite a lot of decent post Ten O’Clock News local programming. Will the BBC Three content just air after this? Which will mean first-run programmes airing post midnight.
IT
itsrobert Founding member 12 February 2019 12:37pm
Inspector Sands posted:
itsrobert posted:

Ah - no, NAT runs to 30 minutes without an ad break. I think LTN and EN run to about the same duration as each other (less than 30 mins) but with LTN it comes on air at about 1.28pm and although EN starts at 6.30pm on the dot, it usually contains an ad break.

No Lunchtime is shorter as the half hour between 1:30 and 2 includes a short regional news bulletin which is bookended by ad breaks.

I've got a definitive answer on this now. Here are the regular durations of the various ITV News bulletins:

So all in all there is only a 1'15" difference between LTN and EN. It's deceptive because LTN starts at 13:28 whereas EN always starts at 18:30.
PE
Pete Founding member 12 February 2019 1:01pm
BM11 posted:
Jonwo posted:
BM11 posted:
It wouldn’t surprise me if this doesn’t last long due to poor ratings or problems shortening the news does to the BBC reputation causes a panicked rethink.


I doubt the BBC care about reputation from shortening news

Oh they do if polticians start complaining.


THe news is going back to the same length it was for the 45 years beforehand. It's only been that long for 2 years.
MR
mr_vivian 12 February 2019 6:16pm
tightrope78 posted:
What will happen in Northern Ireland? We have quite a lot of decent post Ten O’Clock News local programming. Will the BBC Three content just air after this? Which will mean first-run programmes airing post midnight.


BBC NI normally prioritize local programming so I'd imagine they'll either not show it or slot in later than network.
IS
Inspector Sands 13 February 2019 8:35pm
Brekkie posted:

Is Fleabag, which they're launching with, the new series or a rerun of the first?

Being advertised with this end caption. Odd use of 'BBC Three' rather than the logo but I suppose putting BBC iii's doesn't really work (the logo does appear in the rest of the promo) 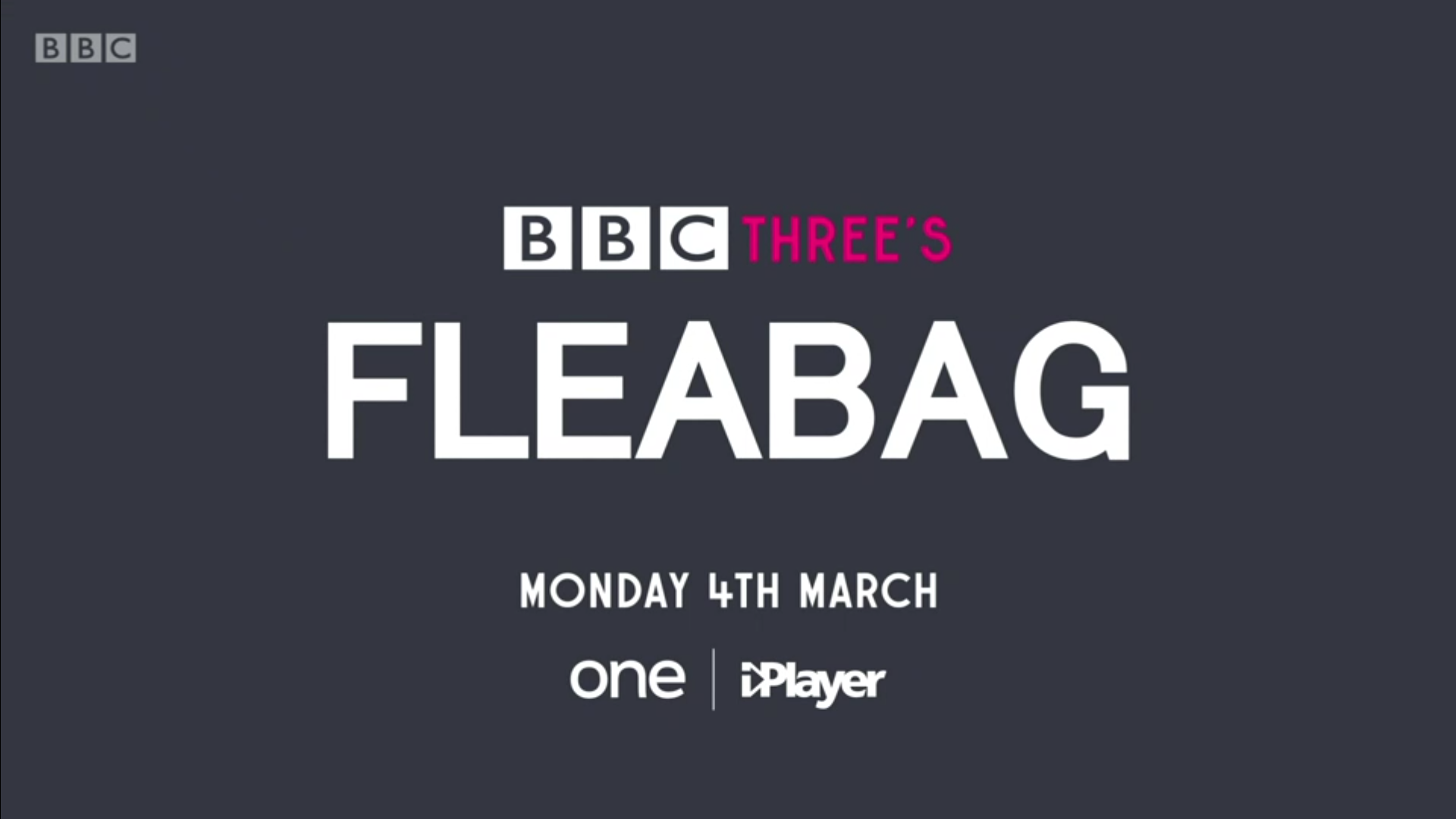 Looking forward to that, I think Fleabag is the only BBC 3 thing I've watched since it went online