tightrope78 Recently warned UTV Newsline 11 September 2020 9:28pm
I’m not Scottish but I found myself watching them every day when the News Channel were showing them. I often found them direct, apolitical and very well explained so that anyone could easily understand what was being said. In other words the opposite of the Downing St briefings.
TE
tellyblues North Reporting Scotland 15 September 2020 11:30am
From a ratings point of view, I suppose, no briefings means we can see the exact figures other programmes are pulling in.

For 31/08-06/09, surprised that not one of the episodes of Guilt made the list (below 29k). Lack of promotion, too fresh in the memory, The Nine getting in the way?

Burnistoun doing abysmally, though to be fair, it doesn't have the same wide appeal as Still Game or Rab C Nesbitt.
AA
aaronspence 18 September 2020 2:36pm
https://www.theguardian.com/media/2020/sep/18/bbc-to-continue-live-tv-broadcasts-of-nicola-sturgeons-briefings


Quote:
The BBC Scotland director, Donalda MacKinnon, insisted there had never been any intention to stop coverage

Should have said that at the start then, and in the complaints response... Smells like BS to me.
SO
SOL Central Reporting Scotland 18 September 2020 2:50pm
It is. Ian Small said in an interview that aside from the last 2 weeks, things were essentially going back to some kind of normality in that people were going back to work; school, bars and restaurants etc. That doesn’t match what Donalda is saying there.

I think people would give them more grace if they just accepted they made a poor judgment and apologised instead of trying to bury it.
TE
tellyblues North Reporting Scotland 22 September 2020 10:27pm
Inside The Zoo attracted 128k in its first episode so that will likely be recommissioned if it holds up.

Getting Hitched Asian Style doing well first showing on Wednesday and the repeat on Sunday so could possibly manage another series, pandemic permitting.

Big Scottish Book Club has been given a second series:
https://www.cilips.org.uk/book-groups-wanted-for-the-big-scottish-book-club/
Last edited by tellyblues on 23 September 2020 3:39pm - 2 times in total
TH
Thistle 25 September 2020 7:36pm
Thought it be worth mentioning that BBC Radio Scotland has a new Reith logo. Twitter not updated yet though. 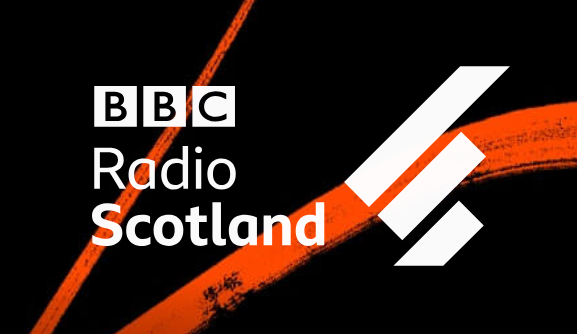