30 years ago today: the smokey globe and the 2s 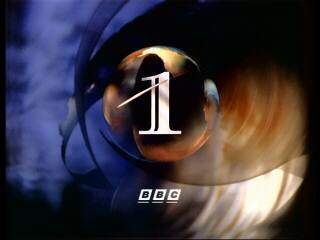 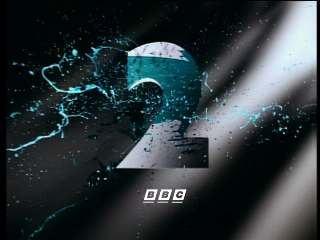 The last traditional silent/looping globe, and the 2s that went on to be used on and off all the way until 2018. Happy birthday to these design classics, and RIP Martin Lambie-Nairn.

PFML84 UTV Newsline 16 February 2021 8:08am
Only really noticing now, when they are side by side, just how small the 1 symbol was on screen in the idents compared to the 2.
RW
Robert Williams Founding member London London 16 February 2021 8:12am
How can it be 30 years? This is a newspaper cutting that I've kept from where I first learnt about the upcoming rebrand:

I was a bit perturbed because first of all, I liked the BBC1 globe as it was and didn't want it to change, and this new globe looked a bit odd - why does Australia appear twice at the same time?

The BBC2 symbol also looked rather strange, and I couldn't work out what they meant by "nine different versions of the figure 2" - the concept of a set of multiple idents that BBC2 was about to pioneer just didn't exist at that time.

When the globe finally turned up to link into Going Live I really was appalled at the "complete and utter mess" (as I described it in my diary) - I couldn't believe the beautiful gold-and-blue world had been replaced by this incoherent mess with the continents barely visible for much of the time.

Then that afternoon at 2.45 I put BBC2 on to see their new look for the first time - but rather than the Blade ident that I had been expecting to see, instead there was the same shape 2 with paint being flung onto it sideways. At that point it instantly became clear what the newspaper report had meant - the idents before the programmes would vary, with the same figure 2 appearing in nine different situations. Again, this new ident was something of a shock to the system - up to now, channel symbols had always been serious, sobre affairs, so this Paint ident seemed a very strange and unexpected way to identify a television channel - but then, I suppose that's exactly the reaction they were hoping for.

Talking about TV idents and adverts on the web

Inspector Sands 16 February 2021 8:19am
I remember being really disappointed by the new 2 idents on the first day, they just seemed so cold and a bit poncy - even more so than the one they replaced. My impression of the first one I saw was its just a 2 with a blue line across the screen. It took a few days to appreciate them and realise that there were a variety of idents.
CA
Caly123 Wales Wales Today 16 February 2021 8:47am
It also marks the 30 years since the sans-serif '2' symbol was launched as well.

Whataday Founding member Wales Wales Today 16 February 2021 8:56am
PFML84 posted:
Only really noticing now, when they are side by side, just how small the 1 symbol was on screen in the idents compared to the 2.


Of course it could be argued that the symbol is not only the 1, but the 1 surrounded by the globe. In which case they are similar sizes.

This particular BBC 1 globe is often referred to as CGI but is actually a physical model enhanced with computer trickery.
CO
commseng London London 16 February 2021 8:58am
To me the globe was a backwards step, the COW was just simple and very classy, which fitted BBC 1. The replacement was messy.
However the replacement of TWO with these idents was a big step forward, the letters on a white background just looked cold.
Somewhere I have a VHS of those original 2 idents taken from the discs at TVC.
We did Christmas Revues in our bit of Outside Broadcasts, and used several 2 idents as live action with the correct music behind them.
The best one was the lights blinking on and off - done by moving two vehicle inspection lights around a cardboard 2......
Look it was 1991 and life was so much simpler back then......


Yes, I think we're already aware of that through the original post.
TV Live - The home of TV presentation.
PRE-REGISTER FOR THE TV LIVE FORUM - Click here
LS
LoganStuff Yorkshire Look North (Yorkshire) 16 February 2021 11:55am
I'm still a bit sad that the 2 is no longer in use on BBC Two, after having served 27 years on screen. It's understandable, though, considering the way the symbol was butchered for the last 5 or so years of it's life.
Yes, the next post certainly is dreaded.
CA
Caly123 Wales Wales Today 16 February 2021 11:58am
Going off topic here, but November 19th will be 20 years since the Personality 2s launched and Thursday will be 14 years since the Window on the World package was launched.


Does anyone know the particular reason why the BBC logo was added live to the idents, rather than being burnt-in on the recordings?