Considering ABC News (Australian Broadcasting Corporation) is available for free on YouTube, you’d have to really love the Murdoch worldview in order to subscribe to the Australian Channel.

SO
Soupnzi London London 30 August 2020 12:10pm
I’m not sure this reporter actually features on air much on ABC, which is perhaps why she feels the need to tweet stuff like this. Not the first time she’s embarrassed herself too, given she came off Twitter a couple of years ago after a similar gaffe.
Not suggesting this is Katie Hopkins level, but surely as a journalist you’re supposed to have a bit of common sense and self-awareness.

How I slept in the hood last night knowing Notting Hill carnival was cancelled pic.twitter.com/1Vla2jBRoD

In case we get a deletion. “The hood” 🙄 pic.twitter.com/mmCPxTdWCb

GI
ginnyfan World News 8 September 2020 5:29pm
Not sure if Live with Ryan and Kelly fits here but in COVID19 era I love what they did now that they are back in the studio. Even though they sit far away from each other, following social distancing rules, the close up shot makes it look as if they are right next to each other. The only way to see something is wrong in the shot is when Ryan moves his arms a bit too wide. 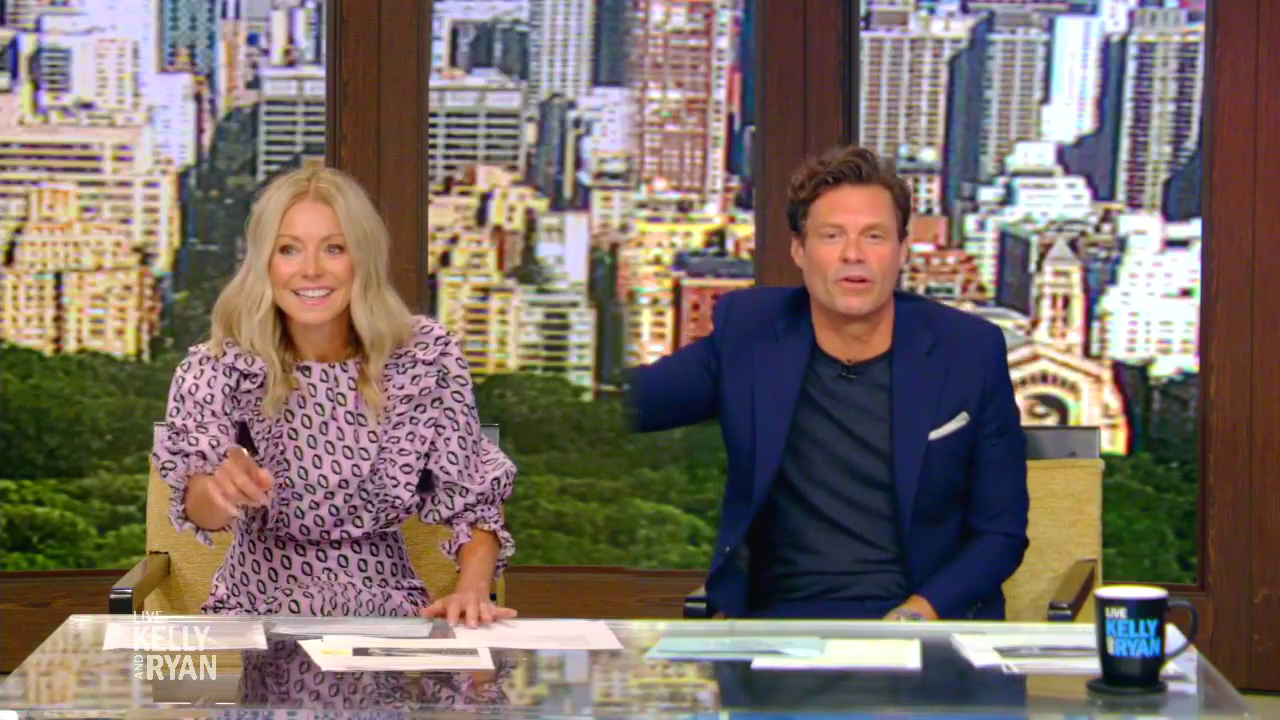 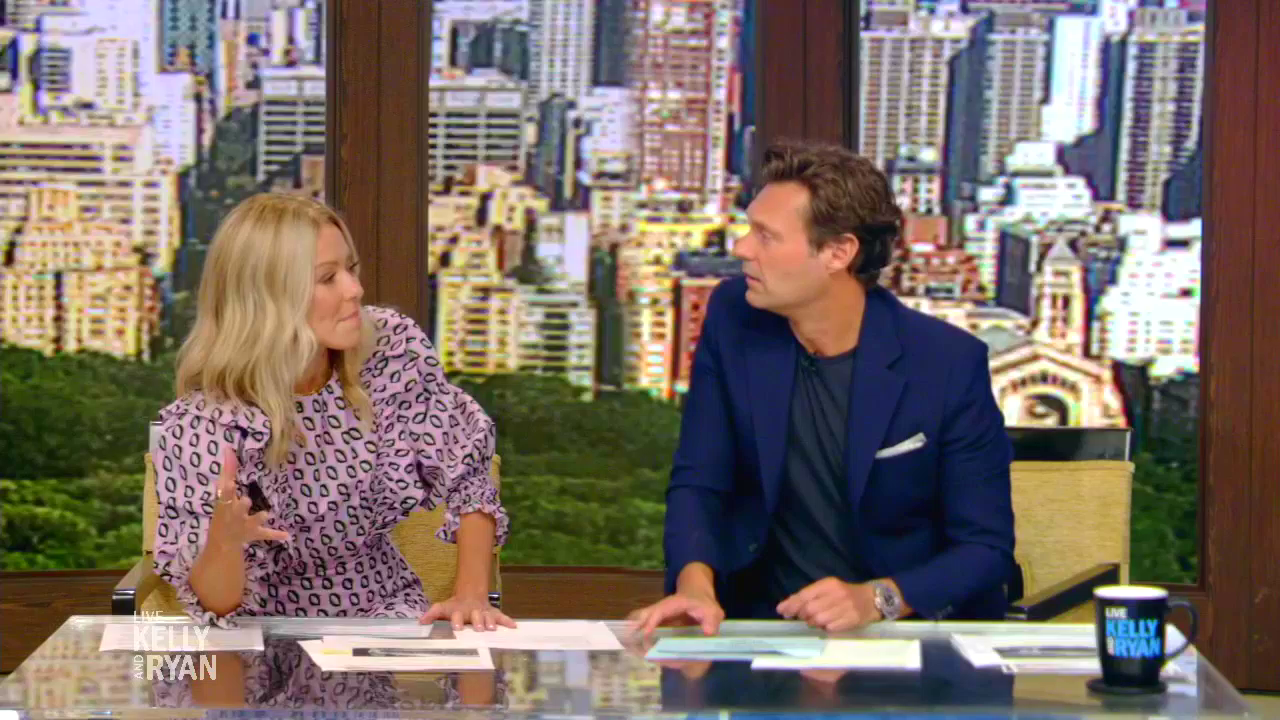 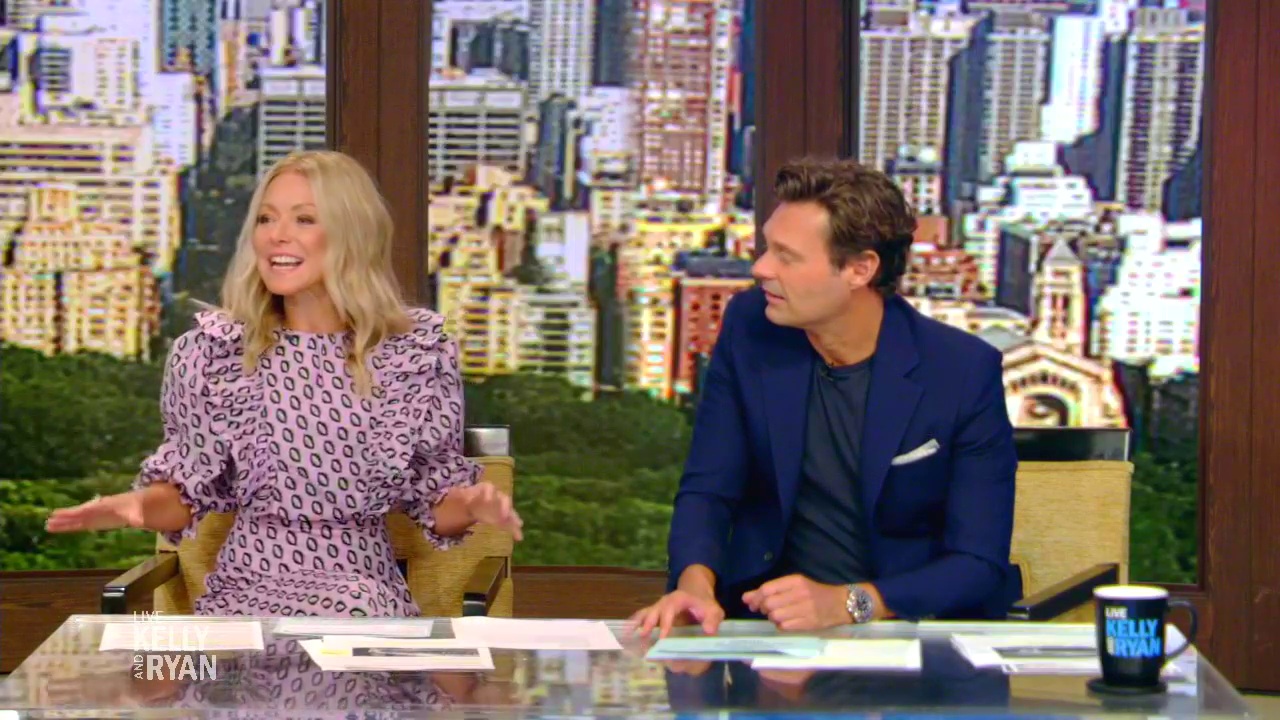 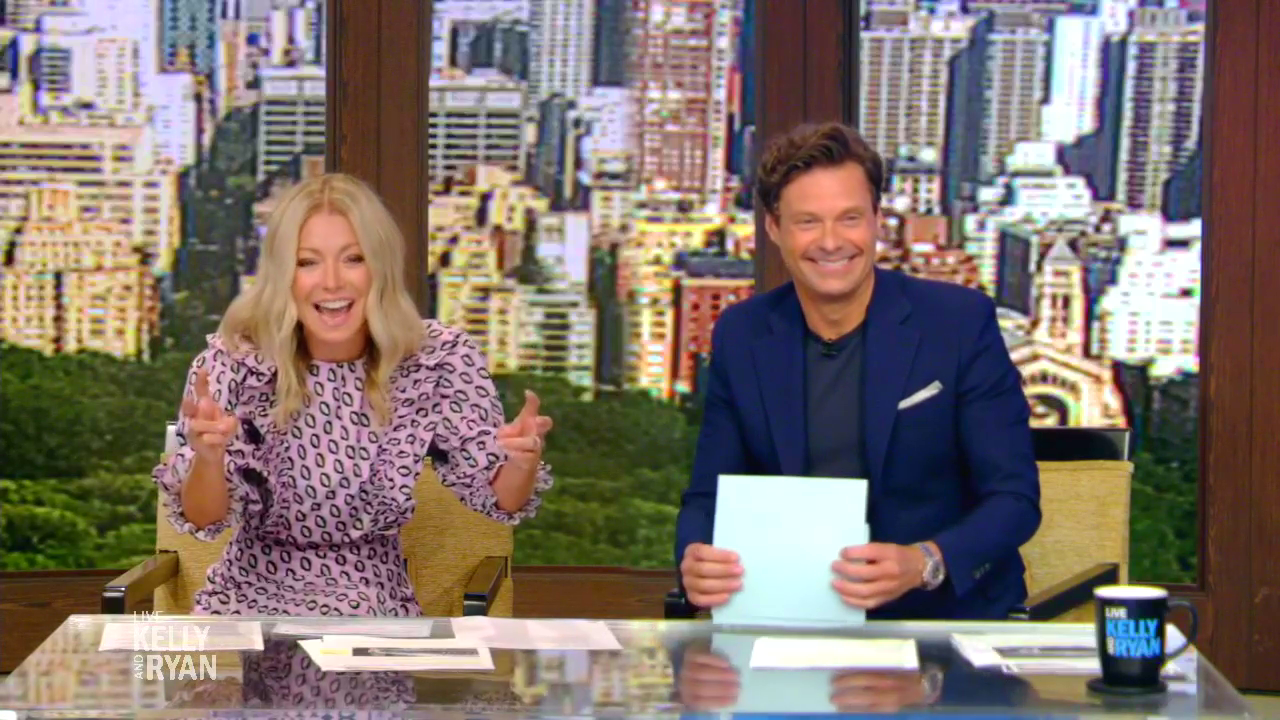 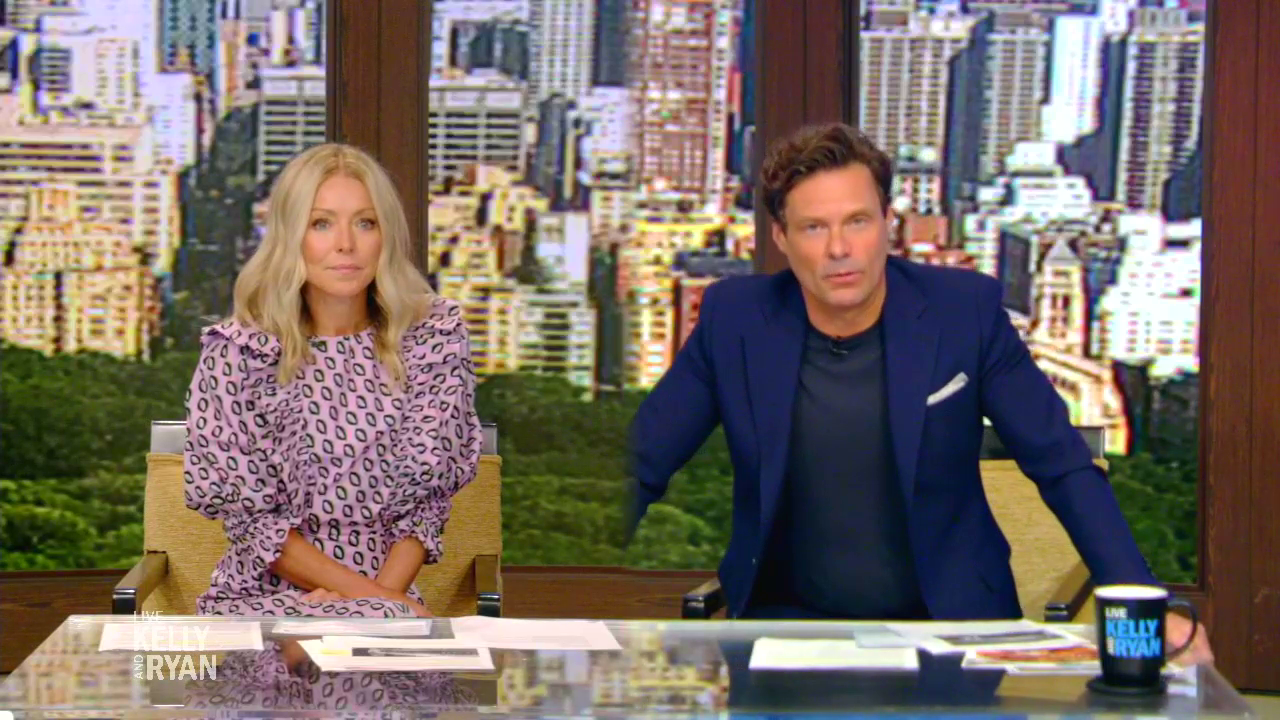 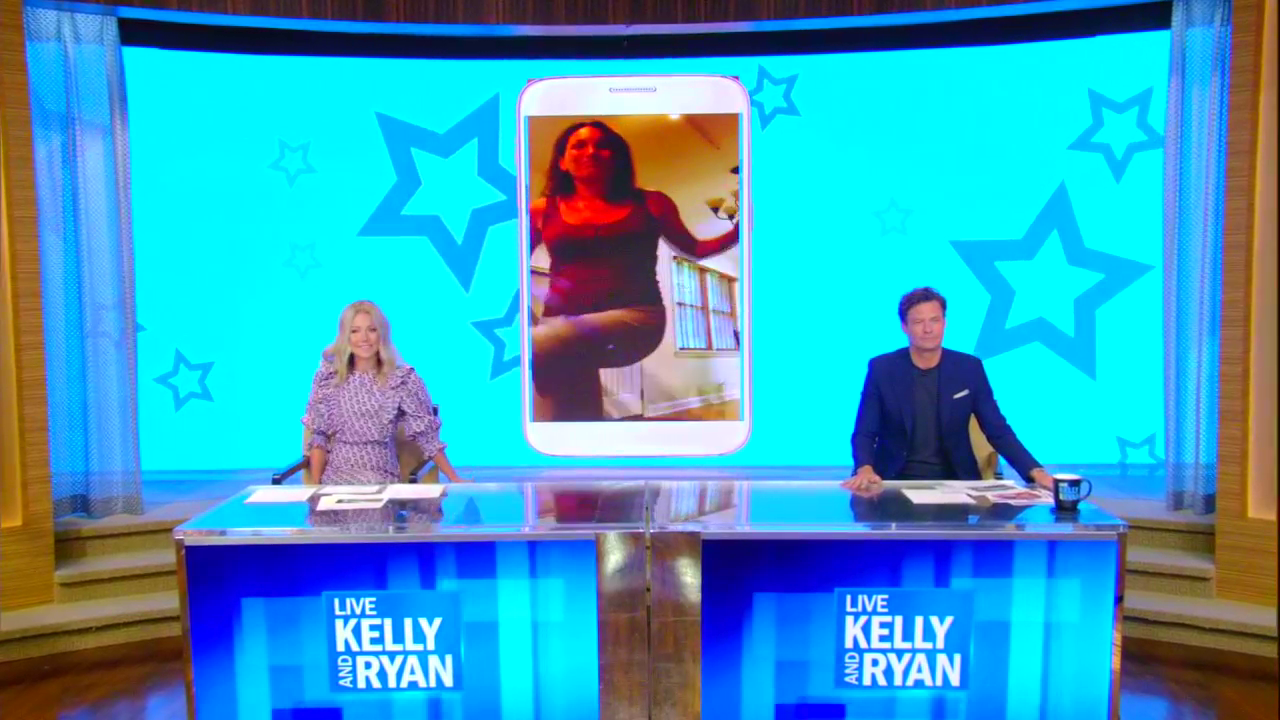 RK
Rkolsen World News 8 September 2020 6:33pm
ginnyfan posted:
Not sure if Live with Ryan and Kelly fits here but in COVID19 era I love what they did now that they are back in the studio. Even though they sit far away from each other, following social distancing rules, the close up shot makes it look as if they are right next to each other. The only way to see something is wrong in the shot is when Ryan moves his arms a bit too wide.


Yeah it looked pretty good. It also looks like background worked well together you didn’t see half a building cut off. On wide shots it looked like they used the regular background.

The only issue was when the desks were removed and you could see the bottom of the virtual door frames not lining up.


The guests were socially distant in studio, John Leguizamo (sp?) was in front of a monitor that could see the frame in some shots. The monitor was against the wall where the staircase goes.
Don’t let anyone treat you like you’re a VO/SOT when you’re a PKG.
BR
Brekkie Wales Wales Today 8 September 2020 6:35pm
I'm surprised more haven't done something similar.
Turns out nobody had 2020 vision.
RK
Rkolsen World News 8 September 2020 6:47pm
Brekkie posted:
I'm surprised more haven't done something similar.


The new TV season really starts next Monday. Live with Kelly and Ryan and The View returned today. The View still was remote and I imagine it would be difficult to do something like Live did. The View also has three hosts in the high risk age category - Whoopi being 64, Joy Behar being 77 and Meghan McCain being pregnant.
Don’t let anyone treat you like you’re a VO/SOT when you’re a PKG.

Mouseboy33 9 September 2020 4:57pm
ABC World News Tonight debut's New Set, Graphics and Music from its rebuilt TV3 studio.
Newscaststudio has complete details. Again in ABC News style its very dark. Its very similar to the previous set, same L-shape desk and big curved video wall. The new open is ok. The music is fine. I dont like the announcer. The headline squeence is far to long. Its almost Brasilian-television in length. Far to long. I never really warmed to David Muir. I dont like his furrow-brow delivery. Give me Peter Jennings or Ted Koppel any day.
https://www.newscaststudio.com/2020/09/09/abc-world-news-tonight-studio/


This is how you anchor a news broadcast. The most horrific event seen in US/World history presented for literally dozens of hours and hours unscripted. Calming the nation along with Tom Brokaw at NBC News. These anchors are sorely missed in time where calm is needed, instead you get David Muir....not a fan. He is a fine reporter, but should never be presenting ABC News.
I said what I said, and Im not changing on it. (LOL)

I'm here to give you something to talk about! You're Welcome.
https://youtu.be/1g18oiI2WIU
IS
Isonstine Founding member London London 9 September 2020 6:19pm
Peter Jennings was an absolute natural. Always a calm and authoritative presence but on 9/11 as shown in the video above, he demonstrated that rare ability to "take you by the hand" and guide you through the events effortlessly while reflecting the mood of the nation.

Wow. Feel like I don’t need to watch the bulletin after that slog through the headlines.

bilky asko Tyne Tees Look North (North East) 9 September 2020 7:03pm
I am glad they've reverted to their far superior theme tune, even if it's not quite as nice a rendition.

It's a very minor thing, but I always check for the pronunciation of "news" with the American voiceovers. The younger ones tend to say the "ew" in "news" as "oo" whereas the older ones say "yoo".

I only mention it because this voiceover seems to use both, pronouncing it differently the two times he says it.

Not a fan of that new look at all - just seems a horrible way to start a bulletin and makes Huw Edwards look sharp and snappy.
Turns out nobody had 2020 vision.