This site closed in March 2021 and is now a read-only archive
Previous Next
AL
alexhb01 16 January 2018 9:05pm
I know it is petty- but all I paid attention to at the 2100 TOTH was the fire extinguisher behind the large screen 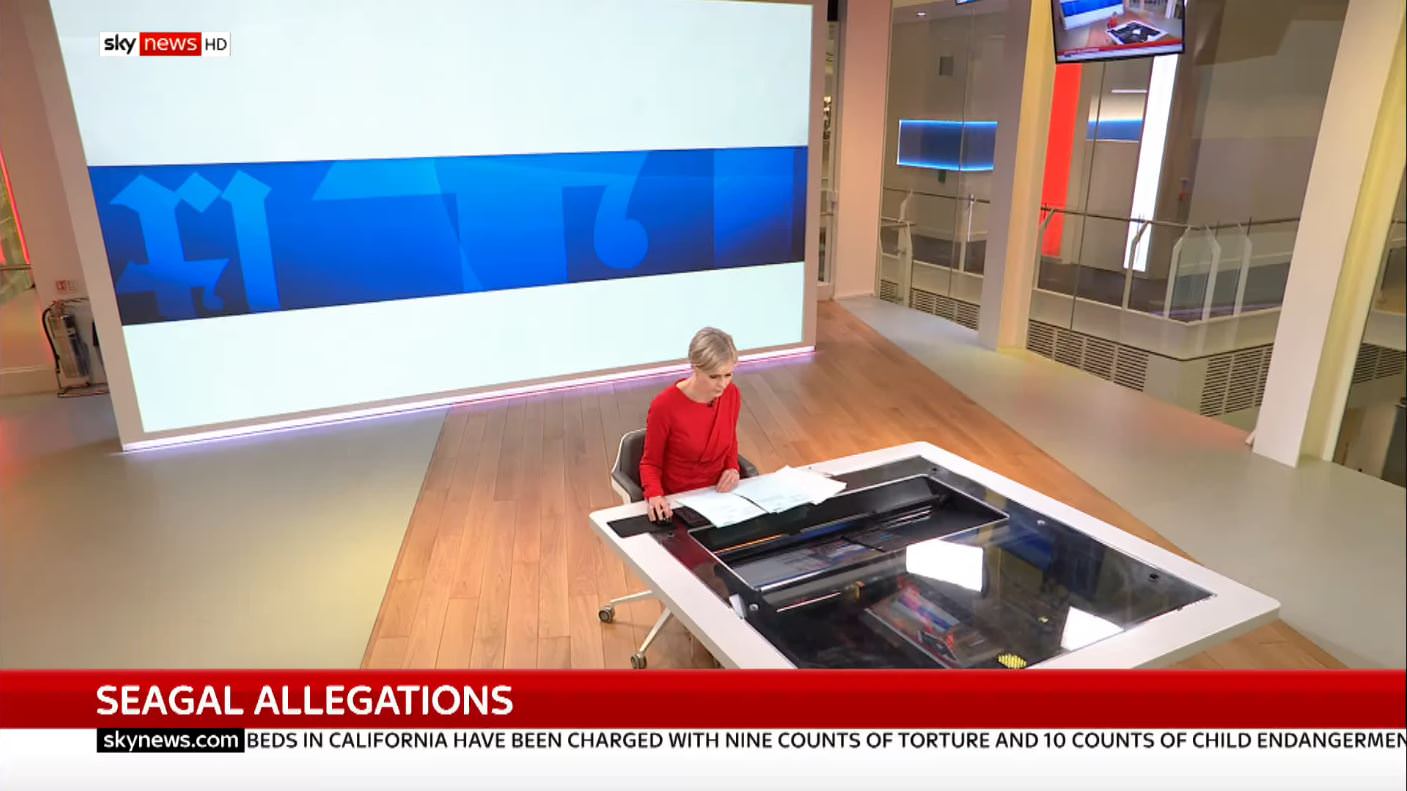 I think it looks much better now for evenings - the different tint to the lighting rather than bright white is an improvement and less echoy sound as well.

That's two of my big gripes with the glass box resolved!
TF
TellyFan 16 January 2018 9:06pm
alexhb01 posted:
Can someone explain what the 'automated newsroom' is?

For those who didn't see it they showed this shot at the end of the TOTH instead of Sky News logo slide, with the camera slowly moving down. It may well have been a mistake as the straps disappeared and reappeared a few times, but I hope it wasn't as it's nice to see wide shots of the studio - they kept it on the shot long enough too that it would have been an ideal time for an 'This is Sky News with Anna Jones' voiceover from Bruce Hamill!
IS
Inspector Sands 16 January 2018 9:12pm
TellyFan posted:
alexhb01 posted:
Can someone explain what the 'automated newsroom' is?

That's for printed news articles rather than broadcast ones. Quite a few websites have articles generated by computers, but doing that with a TV news report is a very different matter


TV News galleries have had automation for years, as have studios. As we all know, the BBC have utilised a lot of automation in their studios in Broadcasting House


This is what Sky announced they were doing a couple of years ago:
https://www.theguardian.com/media/2016/jul/07/sky-news-sky-sports-automation-robot-cameras
AL
alexhb01 16 January 2018 9:15pm
The new logo hasn't been implemented on the website yet.
RH
richard h 16 January 2018 9:16pm
For those who say there are no changes to the graphics here are a couple of comparisons 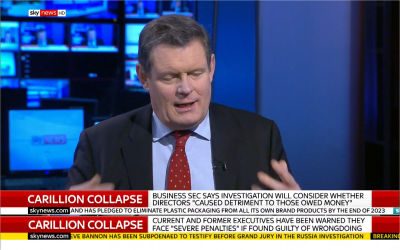 I hadent noticed until I saw them next to each other that the bit in the red is smaller than before and I don't like the reduction on gap between the top and bottom lines of text. Hopefully they will push it back up a tad to make it easier to read


I think the lighting makes the glass box far better - I hated how bright it was at night and now that's been addressed it looks far more welcoming and less clinical.

The box was terrible at first but the addition of extra lighting and blue and red in the background made it better and adjusting the lighting in the box itself has made it better still.

With better lighting, better sound and a better format for Press Preview I think the box will go a long way to being a good studio for Sky News and signs are encouraging.
IS
Inspector Sands 16 January 2018 9:23pm
The words Emperors New Clothes spring to mind....
SK
skynewsfreak 16 January 2018 9:28pm
From the Senior Designer at Sky News and Sky Creative

BR
Brekkie 16 January 2018 9:29pm
I don't think the Glass Box itself was every really the problem (even though it had obvious issues) - it's how it sat alongside the other studios which were still being used and it just stuck out like a sore thumb. Trouble is now they're back in there it's the same issue - great to have three studios (though I don't see the need) but they need to look like they are all part of a coherent brand.