Are you posting from the future?
BA
Ballyboy 26 October 2019 11:58pm
no lol, but if the relaunch happens on monday during the evening programme then the lunchtime presenter might say that or not
TH
Thistle 27 October 2019 11:14am
Quote:
CGI newsroom akin to the one that Wales Today currently uses, I wonder?


I said the LIVE view was going... the view will remain

JW
JamesWorldNews 27 October 2019 12:15pm
Mary Marquis rejoining to do Thursdays and Fridays is by far the biggest highlight of this new look. 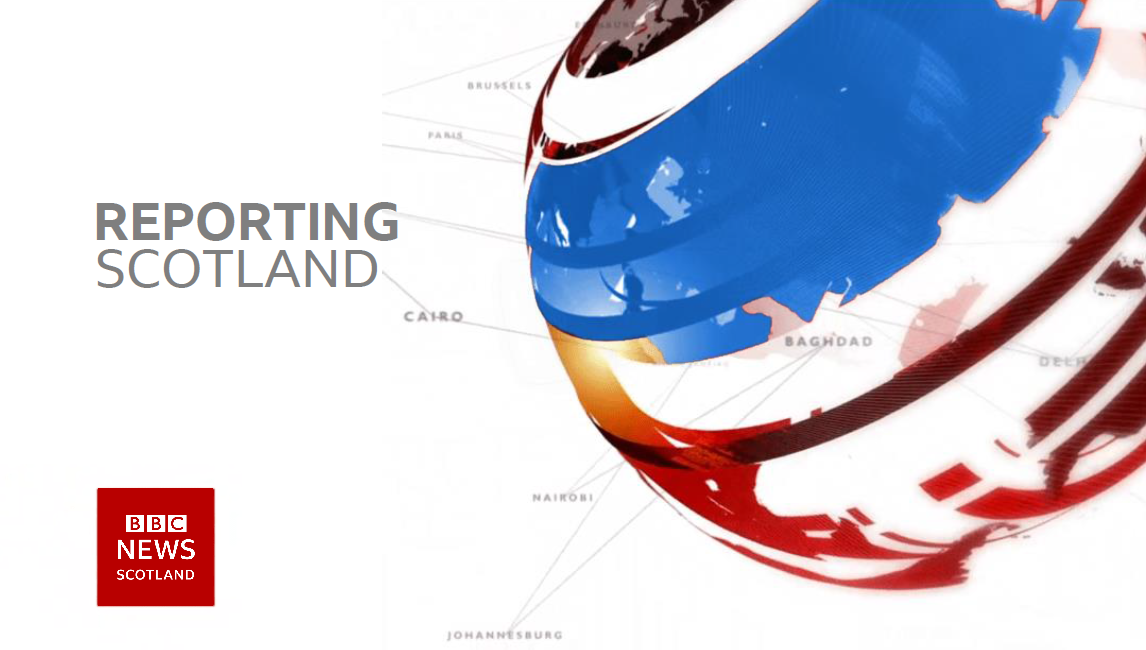 As long as it doesn't look like a "painting", like Breakfast's new Salford backdrop does!
TH
Thistle 27 October 2019 3:02pm
Lou Scannon posted:
Thistle posted:
I said the LIVE view was going... the view will remain

PRESENTER Laura Miller reckons replacing Jackie Bird on Reporting Scotland is a REAL blockbuster role despite her cameo in record-breaking movie Avengers: Infinity War. The 39-year-old newsreader will present the flagship BBC news show following her famous predecessor’s decision to step down earlier this year after fronting the programme for more than three decades.

And while Laura admits appearing in the highest-grossing superhero film of all-time was cool, she will Marvel even more at working on the show she grew up watching. The mum-of-one says: “The Avengers was crazy and I never knew it was going to happen.

“I hadn’t been given a heads-up or told I was in it. It was the cameo of a lifetime but I never got anything out of it. “I’m still hoping they might want me to reprise the role! “It was very cool and if I ever speak to kids that’s the one that impresses them the most.
“So that was something that was a bit of a fun but this job on Reporting Scotland is amazing.

When Jackie, 57, announced she was leaving her post in April, people had no idea who could replace BBC Scotland’s face of news for the last 30 years. It came as a huge surprise to viewers after she left the studios for the final time with all but a few close colleagues unaware that she’d presented her final programme.

Rumours started swirling about who would take her gig and Laura’s name was mentioned alongside the likes of Catriona Shearer and Amy Irons. After a lengthy search, Laura admits she was relieved to have been passed the torch.

She says: “It all started in April so it was quite long but it had to be because it’s such a big job. “The people I was up against were all well in with a shot and we all brought our own experience and skills. “I knew I was in a very competitive field so was delighted to come out the other side. It’s absolutely my dream job and I can’t wait to get started.” “When I started out doing journalism I never thought I wanted to be on telly but this is such a respected programme with such a big audience.

She adds: “But it’s not just about me. Viewers at home maybe don’t appreciate the teamwork involved in it.

“Of course it’s the presenter and reporter you see and have to connect with but there’s so much more behind the scenes.

“Sometimes it’s a herculean effort to get the programme on air depending on the situation. It’s a huge role and I’m fronting it but we are all dependent on each other.” although she wants to bring her own style to Reporting Scotland, Laura knows she can’t get away from being compared to Jackie. And while it won’t be easy, she’s going to try to avoid following in her exact footsteps.

She says: “I don’t remember a time when Jackie Bird wasn’t on the telly. I grew up watching her.

“It’s surreal in one respect and a huge privilege and responsibility to be stepping into that role. Hers are really big shoes to fill and she’s been in people’s houses that length of time and made a huge connection with them.

“I can’t just come here and be a straight replacement because she’s her own person as I am.

I want to bring something new to the role but hope I achieve the same connection she did. She is so associated with covering big events. I remember her at Dunblane.

“People tune in because they trust you and feel they know you and I hope I can achieve the same from that role.

“But I can’t go in and just want to be a carbon copy, I don’t think that is what people want and it’s not what I want to do.

“I do have a different style and all you can do is go in and focus on journalism. “Jackie does occupy that national treasure type role and that takes time to build up that relationship.”

And Laura hopes the veteran will give her the seal of approval. She adds: “I don’t know her at all. It’s strange because I’ve been here less than a year and was primarily based in Edinburgh.

“She obviously did it for that length of time and I dare say she wants to give me a bit of space to get into the role.

“Sally Magnusson is here and shares presenting duties with me so she has given me bits of advice.”

Apart from kids being amazed by her cameo in Avengers, Laura hasn’t been dealt with fame before. But she knows Jackie is recognised by almost everyone she passes on the street. And she admits it will take a while to get used to it if people start wanting selfies.

Laura says: “I know that’s the reality of it but it’s not registered because it’s not happened yet. “There’s a bit of recognition that goes along with just being on TV anyway and that will be more intense now but my experience is just that people are really nice.

“I have colleagues now who would be recognisable. John Beattie is stopped all the time and he loves talking to people and that’s the way I’d like to be.”

Laura isn’t counting on 30 years in the job like Jackie and she doesn’t think anyone will ever do that again.

She says: “Who knows where we will be in 10 years. TV is changing and I’m not sure the longevity Jackie enjoyed is something that will ever be replicated because it’s such a different landscape.

“But I think TV news is always important. It always has viewers and an important audience.” 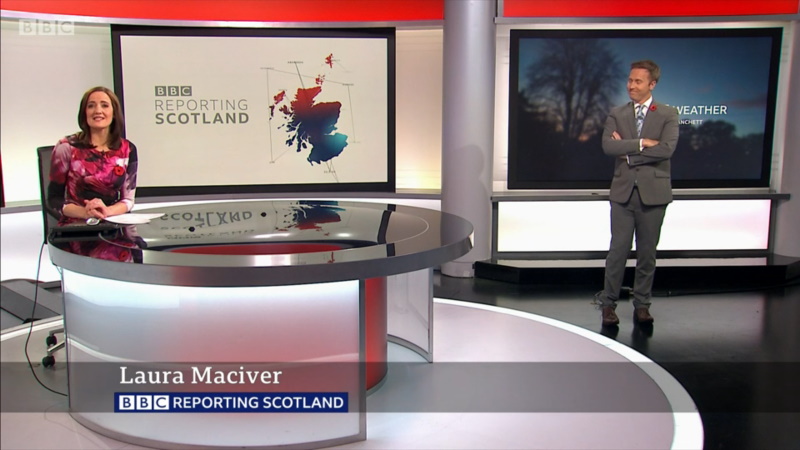 MD
mdtauk 28 October 2019 4:11am
Thistle posted:
Apologies for the terrible mock... but this give an idea of what's to come.

When the 2008 look was introduced, each of the nations were given their own coloured globes which appear on local news vans etc. 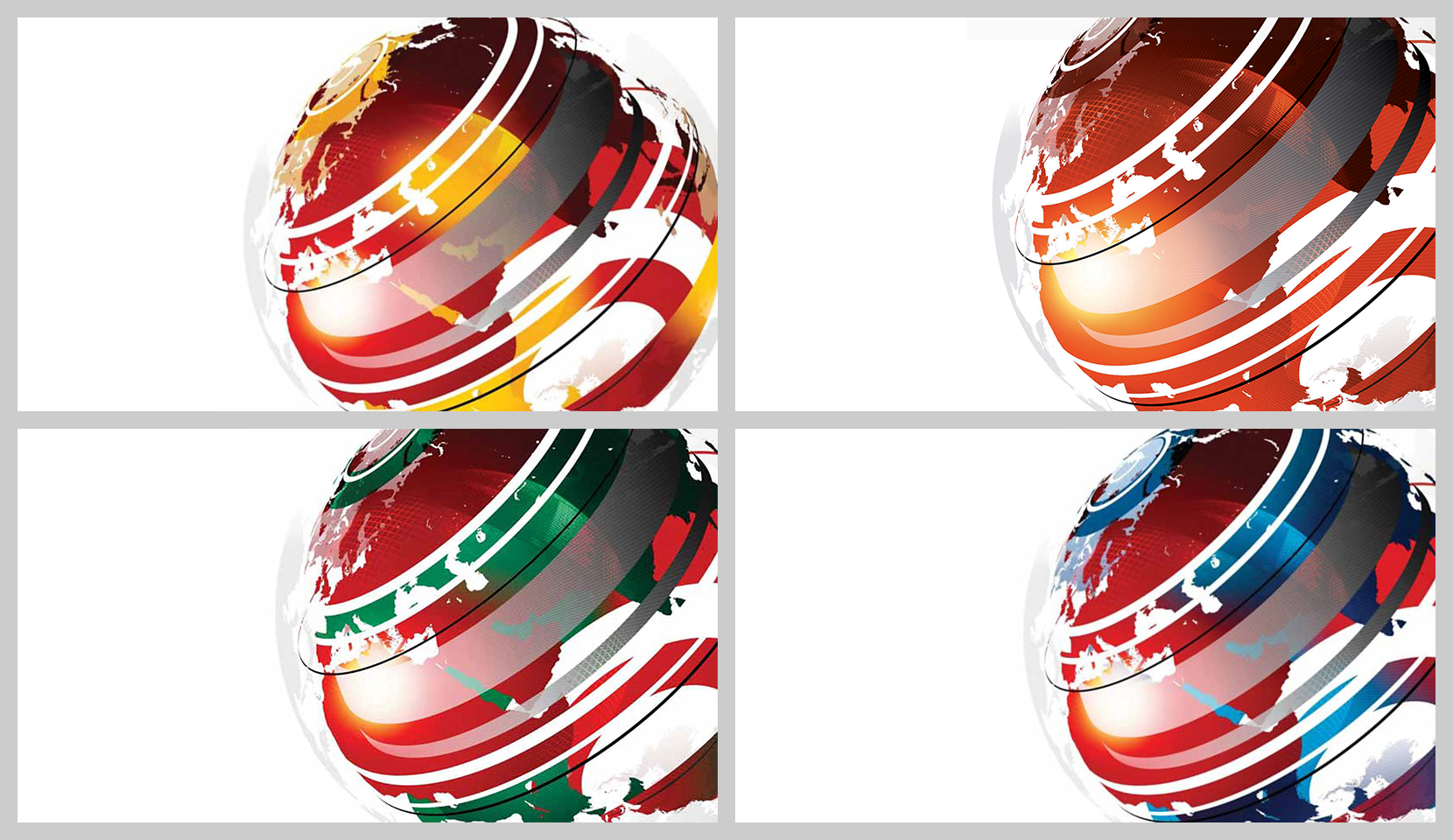