This site closed in March 2021 and is now a read-only archive
Previous Next
MO
Mouseboy33 17 July 2015 5:29pm
FINALLY!!!!!! America's Newscast of record, PBS NewsHour is set to debut a new studio, graphics and theme on Monday. If this pic it anything to go by, it will be bright and modern. So far Im liking what Im seeing. Interested to see what the entire package will look like. Could this be a CSO set? Either that or an interest back drop. Hard to tell.
Troika LA has done the graphics and Edd Kalehoff is responsible for the new music. Im sure the NewsHour theme will be retained in some form. To get an idea of Kalehoffs productions here is the theme previously used for NBC Stations...http://www.southernmedia-nmsa.com/#3,1,211

PBS NewsHour is a newscast of great substance, but has been glacial in making presentation updates. They finally put both anchors on the same set and a few year ago created the modern looking logo..but it always seemed really conservative...it was a big deal when they added the screen between the anchors.
Previous set.
http://www.newscaststudio.com/wp-content/uploads/2013/09/pbc_newshour_20.jpg
Listent to the current theme here. 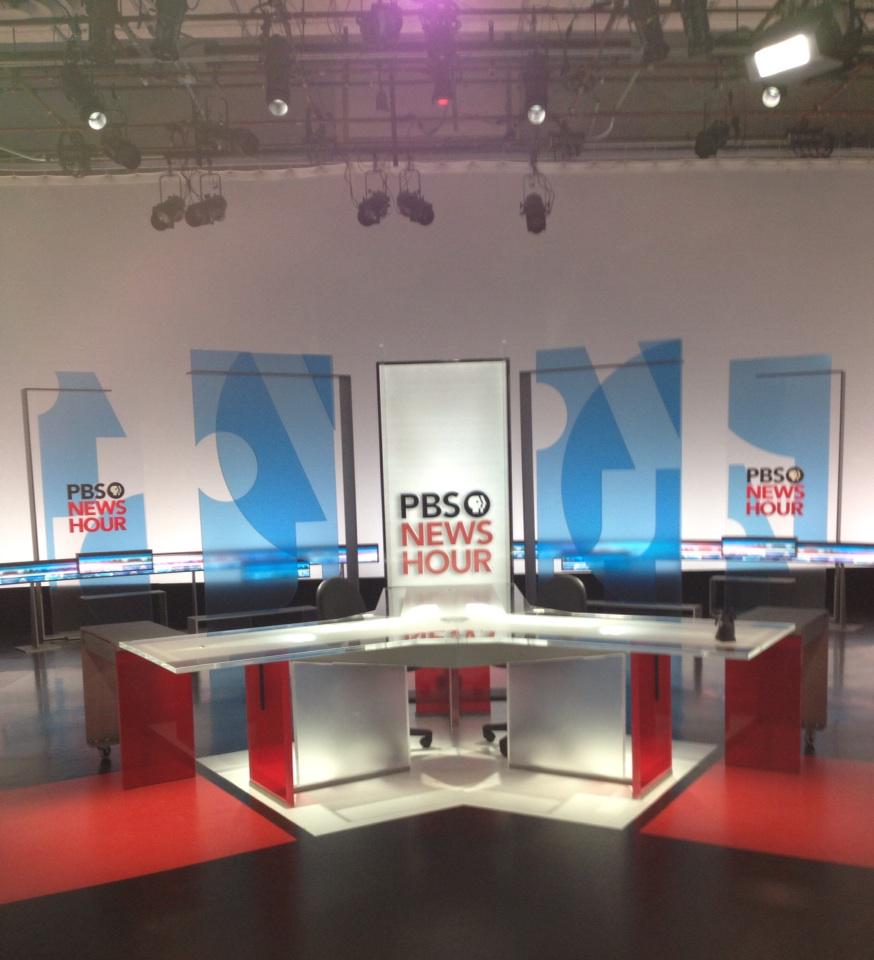 https://instagram.com/p/5QUVcDgWHX/
CH
Charles 18 July 2015 3:42am
It looks like something from France. Not that that's a bad thing.
NZ
NZnewswatch 18 July 2015 5:57am
The Washington Week Program On PBS is also getting some renovations done will be interesting to see if it is an overhaul or just an upgrade

Tune in to the @PBS @NewsHour tonight for the unveiling of our new set, graphics, and music! http://t.co/DTiSNEazmj pic.twitter.com/ttI8rx8EQh

Since PBS Newshour airs at different times (for example, in NYC on the three PBS stations WLIW21, NJTV and Thirteen/WNET run them at 6PM, 7PM and 8PM) they're not really counted in the ratings like CBS Evening News , NBC Nightly News and ABC World News Tonight are.
NY
NYTV 21 July 2015 3:40am
Here is the full broadcast of the new look PBS Newshour for July 20th, 2015, uploaded by PBS.