This site closed in March 2021 and is now a read-only archive
Previous Next
LS
Lou Scannon 17 April 2017 5:36pm
Brekkie posted:
I guess they'll be bringing the English regions in line with the NBH sets.


BBC Birmingham's apology-for-a-studio is quite woeful in size.

The current (until last week, at least!) set has made far better use of the limited space in there than anything that preceded it. Previously, the presenter desk area was always basically shoved right into one corner with a huge rear-projection screen to one side of it. The screen's (unavoidably) diagonal positioning of course caused a significant triangle of space to be lost behind it (in a room that could ill afford such space-wasting).

For the benefit of any newbies who've not yet encountered this oft-repeated TVF factoid...
The room that ultimately became the Midlands Today studio when they first moved into The Mailbox was not originally intended to be a studio at all, but a meeting room. Hence the window into the newsroom (I refuse to entertain the expression "glass wall", ugh*) having a glass door directly into the newsroom at one end of it.

(*An irritating expression IMHO - a vertical glass surface is surely always a "window" regardless of if the two environments that it separates both happen to be indoors?)

The newsroom-cum-studio type space currently (and previously) used for temporary decamping was originally meant to be *the* news studio AIUI. Presumably issues such as reflections in the windows during non-daylight hours lead to the re-think?

BBC Oxford's current set (also housed in a poxy sized studio) has found a good solution. It has the general current "on-brand" look and feel (grey floor rather than wooden effect, no swooshes on the faux newsroom backdrop, some red and/or white illuminated wall surfaces), and yet has assembled those NBH-esque stylings in an entirely rectangular layout. Not a curved wall to be seen. Therefore making maximum use of such space as they have. This kind of a halfway-house is hopefully what Midlands Today will now do.

Actually, come to think of it... The set that MT are seemingly about to ditch pretty much already was the same sort of "halfway house" as Oxford?! So, this latest change seems less than necessary. Unless it turns out to be merely a modified version of the previous/existing set, rather than a totally new one. We'll just have to wait and see, of course.
MA
Markymark 17 April 2017 7:35pm
Mike W posted: 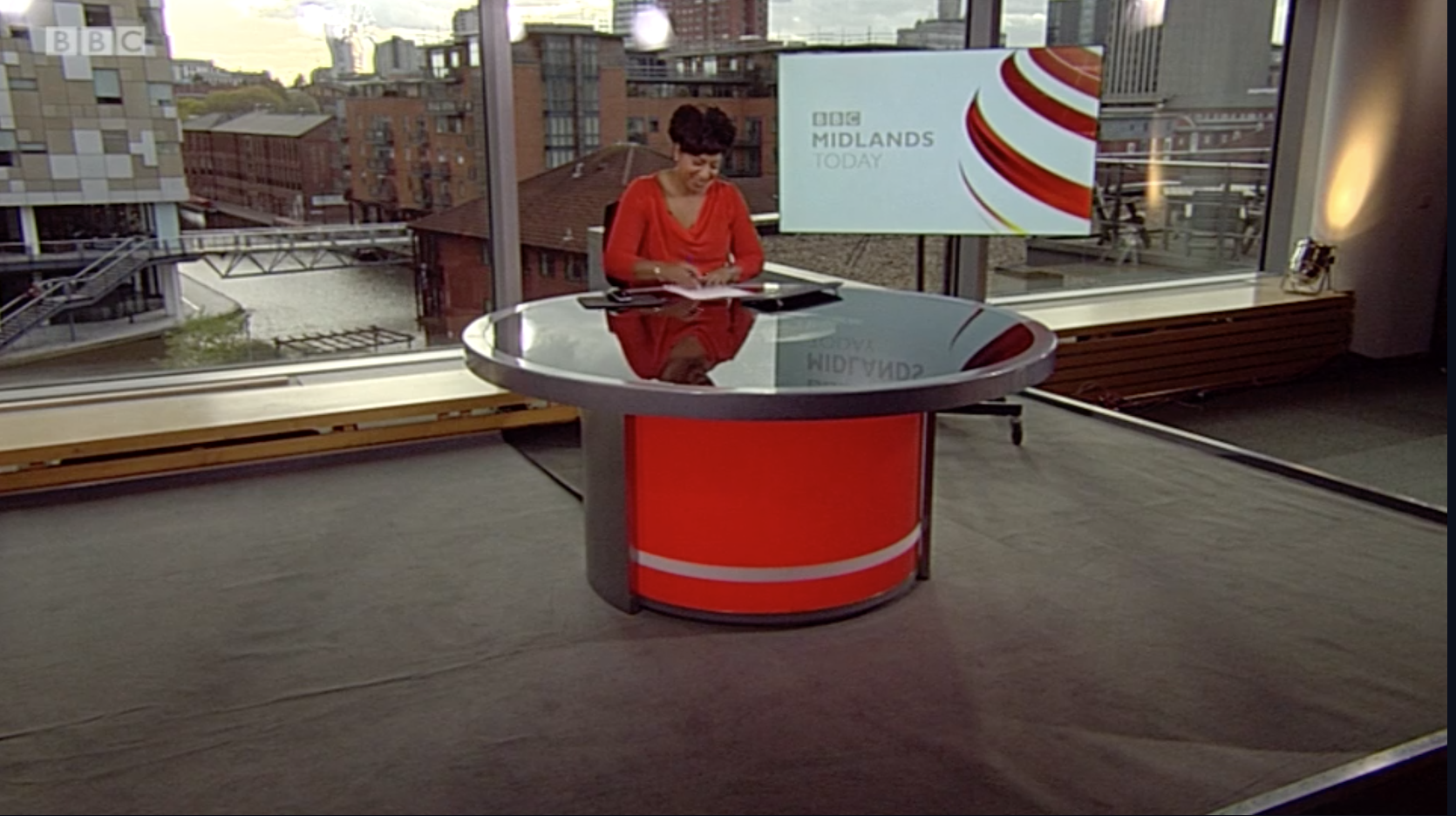 Presumably, we've been (t)here before ?

http://www.bbc.co.uk/staticarchive/b60da224c3f0cc0e3947befcf61cad0933422086.jpg
IT
IndigoTucker 17 April 2017 8:26pm
The first series of The One Show came from a temporary studio outside The Mailbox, at ground level. The cameras pointed in the same direction though.
DV
dvboy 17 April 2017 8:45pm
This is the original One Show studio, it's definitely a level below the MT studio. 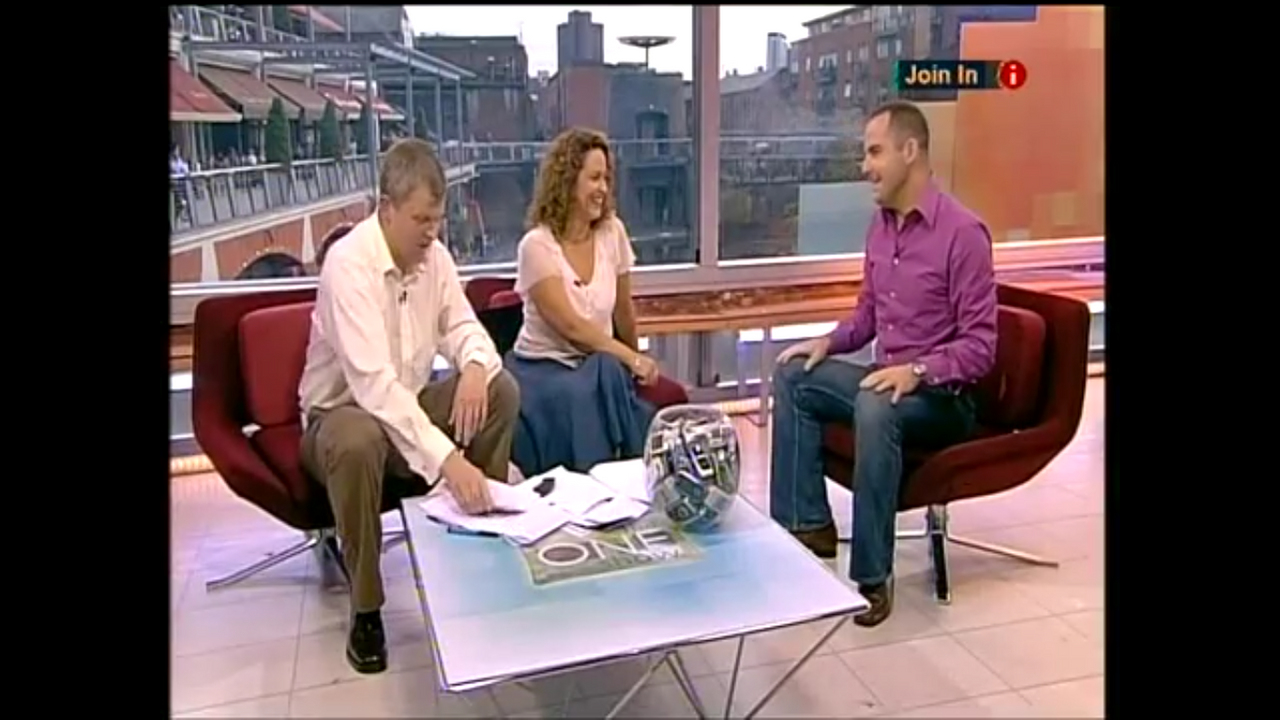 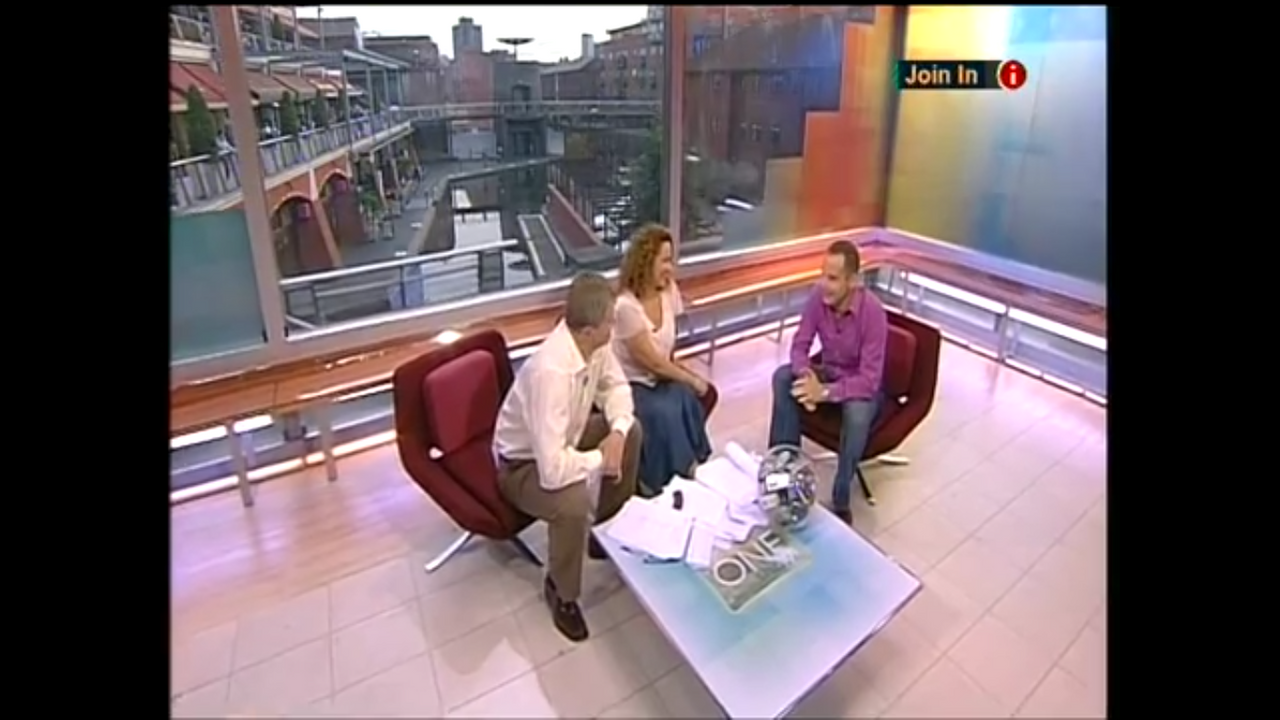 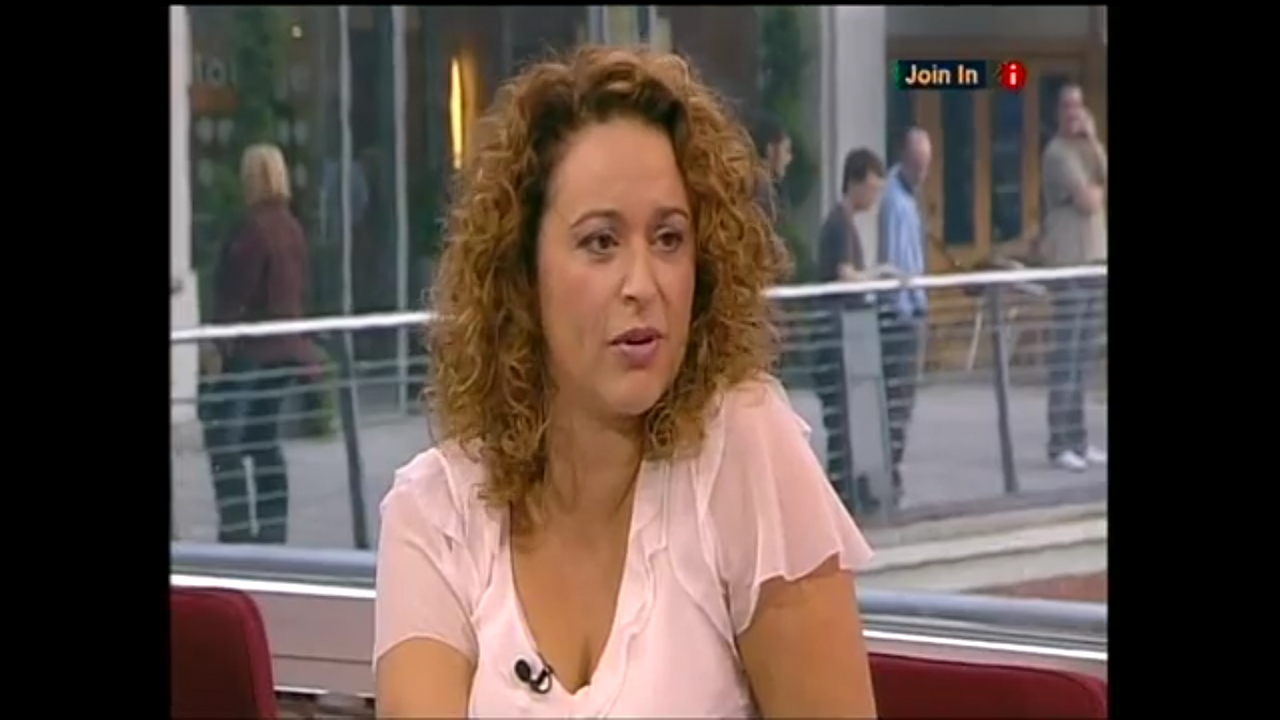 On the same level as the MT studio there is also a balcony area outside, on the roof of Red Peppers restaurant, which MT sometimes do pointless OB's from. You can see the garden furniture in the background image of the studio above.

If you watched any of the Inside Out programmes in February about expired Tesco offers, the final piece to camera was done from there, but with the camera pointing to the left as it overlooks a Tesco Express. 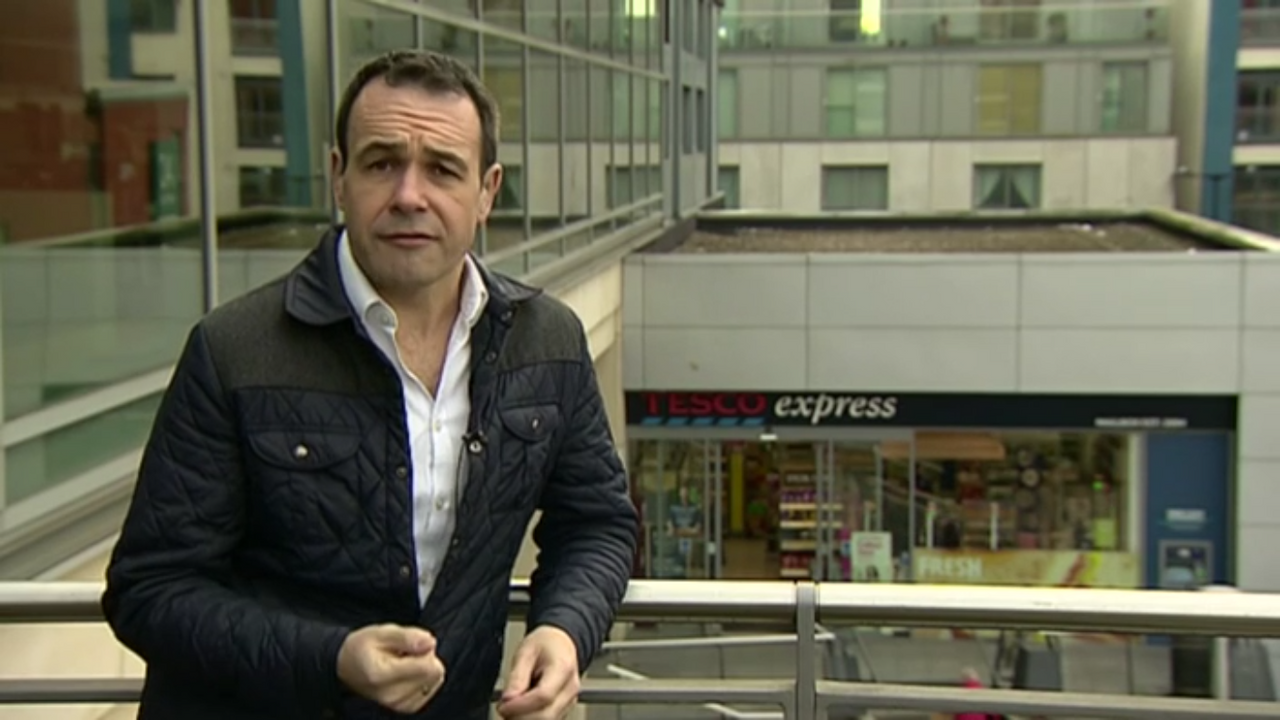 I assume he is based in Birmingham but he did versions of the report across the country for different Inside Out programmes - the Yorks & Lincs one went out on the News Channel (including the same PTC ending), and also visited Liverpool as part of the investigation.
ST
South Today 17 April 2017 10:01pm
dvboy posted:
South Today posted:
Ahh Jonathan from Westcountry that's where he went! (Sorry!)

I assume he is based in Birmingham but he did versions of the report across the country for different Inside Out programmes - the Yorks & Lincs one went out on the News Channel (including the same PTC ending), and also visited Liverpool as part of the investigation.

Presumably, we've been (t)here before ?


Nope... The One Show came from a temporary studio structure built on the steps at the back of the Mailbox, as others have said. It worked into a Visions OB truck parked in the loading bay of the development, and was almost entirely dependent of the BBC building in live production terms (though a wallbox was installed - I think on the balcony by the canteen - to get connectivity to and from the BBC building and the OB truck)

The Politics Show space inside The Mailbox, currently being used for Midlands Today, was deemed unsuitable for many practical and visual reasons.

It looks so small from the outside!

Presumably the wall box on the balcony is what enables MT to do their pointless OBs from there every now and then.
MA
Markymark 18 April 2017 9:02am
dvboy posted:
You wouldn't be able to have The One Show in the same studio anyway, given the rehearsal time needed and the fact that it followed immediately after Midlands Today.


To be fair, you can exchange Look North for the name of any BBC or ITV regional news programme from that era