This site closed in March 2021 and is now a read-only archive
Previous Next
DV
dvboy 16 June 2016 4:32pm
Referendum campaigning suspended due to the incident involving MP Jo Cox in Birstall this afternoon.

Not wanting to detract from the shocking and serious nature of the incident, is there likely to be an impact on political programming? Particularly Question Time this evening, followed by a This Week By-Election Special which I suspect will be a straightforward review of the past week's campaigning without much debate, and then will no doubt now be dominated today's news until the result comes through.
Last edited by dvboy on 16 June 2016 4:38pm
LL
London Lite Founding member 16 June 2016 4:53pm
UKIP have cancelled their events for tomorrow, so I imagine campaigning won't resume until Saturday.
VM
VMPhil 16 June 2016 5:17pm
It's just been announced that Jo Cox has died of her injuries. Very sad and shocking news.
LL
London Lite Founding member 16 June 2016 5:17pm
One of the most horrible pressers I've ever had to watch.
BB
BBCWalesToday 16 June 2016 5:19pm
http://imageshack.com/a/img924/1613/viZcLt.jpg


No that is unusual.

Maaixuew posted:
Jo Cox MP has sadly died. Seemed as though there was an embargo on the news, especially considering that a lot of people (somewhat unusually) were referring to her in the past tense.


Yes, I saw reports on twitter of Huw Edwards and Kay Burley using "was" rather than "is" before the press conference. The reporter on BBC News in Birstall seemed to have more information from police that wasn't reported earlier.
LL
London Lite Founding member 16 June 2016 5:33pm
It's at times like this when if feels inappropriate to ask or speculate on pres issues, yet I wonder if they'll be a Look North Yorkshire simulcast on the NC at 1830?
DV
dvboy 16 June 2016 5:34pm
Debate due to take place on CNN International's Amanpour this evening has been cancelled.

They do seem to be used a backup for straps today, the live bug is the wrong colour. 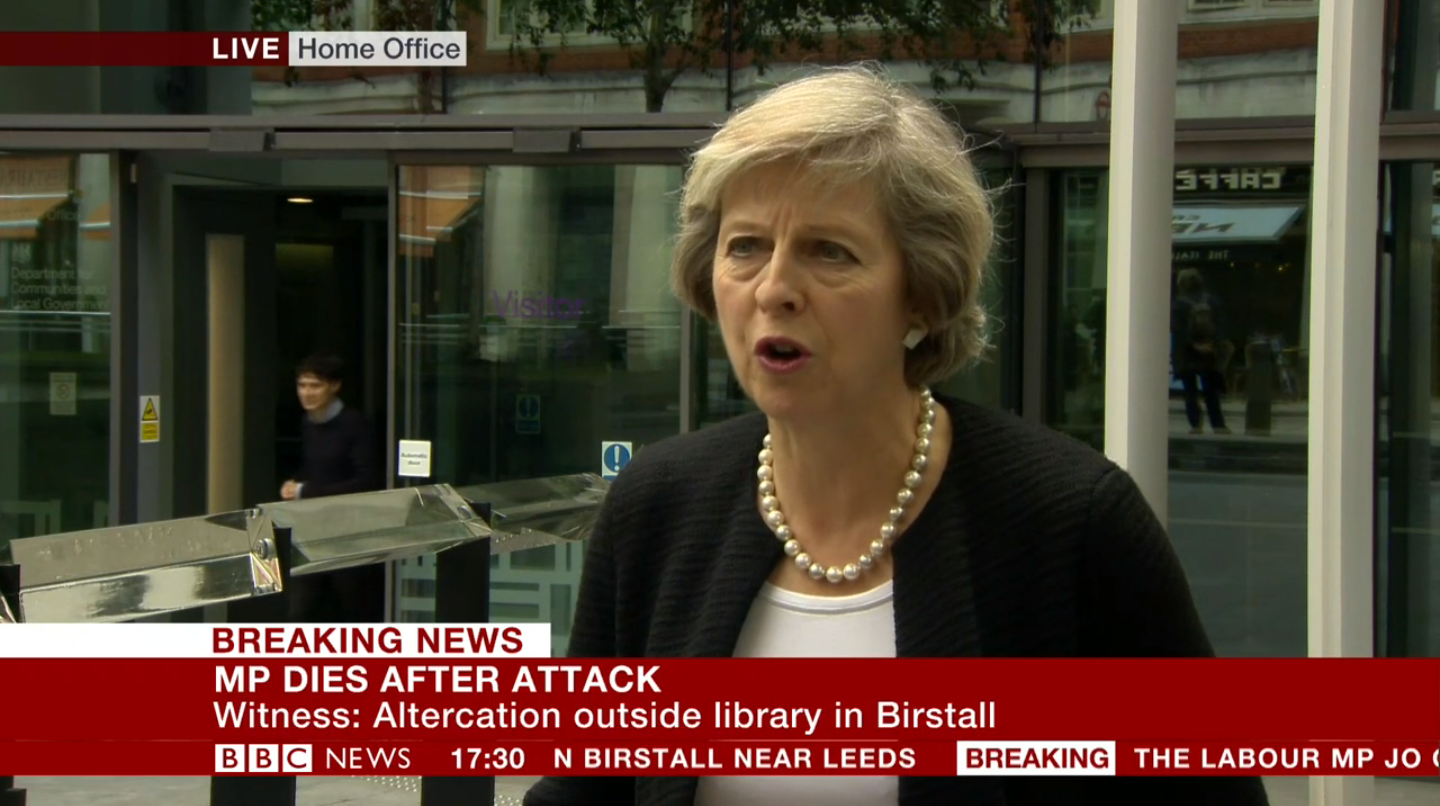