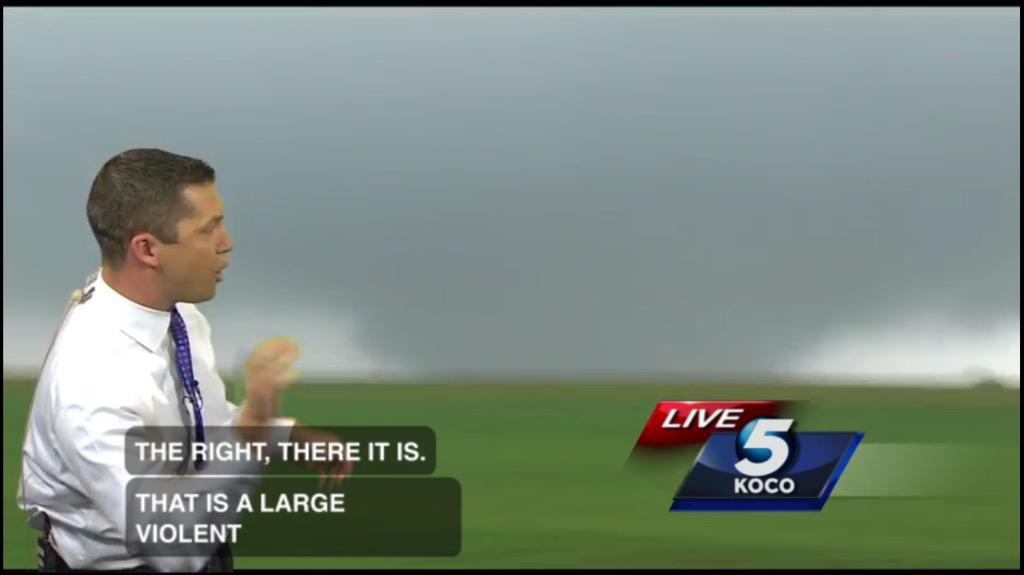 KTVT is in breaking weather coverage with tornadoes in the Dallas/Ft Worth Metroplex
http://dfw.cbslocal.com/show/cbs-11-live-video/
MO
Mouseboy33 26 May 2015 7:45pm
The Weather Channel creates a Tornado inside their studio. Cool use of augmented reality.

MA
Markymark 27 May 2015 5:25pm
Mouseboy33 posted:
The Weather Channel creates a Tornado inside their studio. Cool use of augmented reality.

Beat that Jezza Vine !
DO
dosxuk 27 May 2015 6:33pm
Markymark posted:
Mouseboy33 posted:
The Weather Channel creates a Tornado inside their studio. Cool use of augmented reality.


To be fair, he did park a submarine inside the BBC Glasgow atrium last year

MO
Mouseboy33 12 June 2015 6:20pm
Canada just launched their nationwide Emergency Alert System. It features a red bar and an automated voice that covers the program you are watching. In this clip it covers a news broadcast from CityNews. Citytv handles the alerts nicely, rather than allow the report to continue to play in the background. They immediately switch to an exterior view of their building in YongeDundas Square. I guess they were caught off guard for the first alert. The 2nd time the meterologist was ready to go when the second alert came through.

IN
Independent 12 June 2015 7:08pm
The on-air appearance of those alerts are not uniform as the provinces usually have a larger say in these matters. The example you have shown is not what they do in my province.
This link explains it and has links to the individual provinces and territories.
http://www.theweathernetwork.com/public-alerts
MO
Mouseboy33 12 June 2015 7:31pm
Exactly, I believe Alberta was first, and has their own version the turns the screen completely red.
ST
steveboswell 12 June 2015 8:04pm
Neither the voice-over not the red banner are particularly clear, are they? I appreciate they have to be generated on the fly, but if you only notice the interruption after a few seconds, you've missed all the important details.
RK
Rkolsen 12 June 2015 11:18pm
I believe a station can preempt the alerts for severe weather coverage as long as they provide the message visually and audibly.
MO
Mouseboy33 16 June 2015 7:44pm
KTRK 13 Houston is prepping for Tropical Storm Bill. They turned one studio into a motel for the staff. They are taking this thing serious.