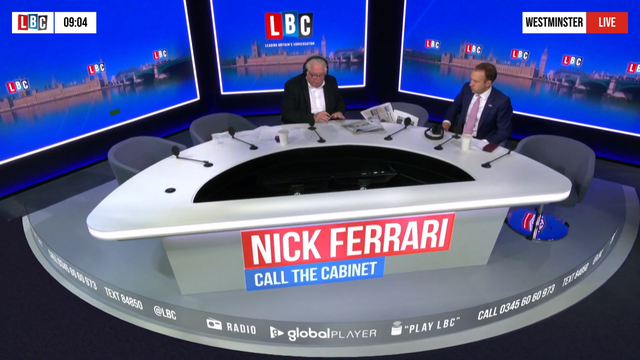 It's a far cry from the days of Pete Murray, Douglas Cameron and the 'Fix It Phone in'


Funnily enough it was a much better station then, away from its ridiculously tight restrictive format for it's presenters.

It's a far cry from the days of Pete Murray, Douglas Cameron and the 'Fix It Phone in'


Funnily enough it was a much better station then, away from its ridiculously tight restrictive format for it's presenters.


Who was the expert in the 80s, who did the Saturday morning Car Mechanics phone in ?

And who remembers Steve Jones ( not the Steve Jones who does C4 F1) on the weekend breakfast show ?

Steve Jones's weekend breakfast was great - just the right mix of serious and light-hearted.
623058 posted:
boogy men new stuff is coming to get us

Edit: Here he is on Top Gear (in that show's previous <cough> format

As presumably, the nominated disaster recovery/back-up studio for LBC, should 30LSq be incapacitated for any period of time for whatever reason.
Readers are warned that this post contains some flash photography

what West Country (East) Points West 8 September 2020 3:50pm
Where would their backup have been before? I know the other Global brands’ backups would have been at one of the regional studios, but LBC is obviously national from London.
NL
Ne1L C Yorkshire Look North (Yorkshire) 8 September 2020 4:34pm
Hmm good question


Based on, and continuing how radio stations got through lock-down, I'd be considering a virtualised de-centralised solution for disaster recovery, rather than decamping everybody to an alternative building?
--
Avatar credit: © BBC, ITA, BREMA 1967

It's still fully equipped to run the radio networks as it was from the GWR/early GCap days when it was the network hub. It has a lot of studios and office space, formally full of life, now sitting empty solely for this purpose.

As well as serving as a backup network hub via the local sites, it also has the capability to dial in to the transmitters and take over their output if needed, which would be required for the London stations if Leicester Square is evacuated.

Inspector Sands 8 September 2020 6:46pm
In the Chrysalis days I seem to remember that LBC's DR studio was at TalkSport and vice versa. Certainly one morning both breakfast shows were coming from adjacent studios due to lack of power in one

Steve in Pudsey Yorkshire Look North (Yorkshire) 8 September 2020 7:05pm
Certainly happened in 2008 due to a fire at TalkSport