Apparently the same as the last inauguration. BBC One took it until 6pm. This kind of event should run like clockwork, so I'd assume 2 hours is adequate.


Well that will depend on what final desperate stunt Trump will attempt. Let's be honest the draw here isn't Biden being sworn in it's Trump being dragged out kicking and screaming.
CF
CallumF 13 January 2021 2:24pm

Hosted by Tom Hanks with live performances and features messages from President Biden and Vice President Harris.
MO
Mouseboy33 13 January 2021 4:17pm
Its interesting their is no mention of FNC. Me thinks sour grapes....

But, Wow! marked difference from the Orange Apparition's inauguration talent which cost over $107, most of which mysteriously disappeared. https://www.nbcnews.com/politics/donald-trump/new-questions-about-trump-inauguration-money-raised-book-melania-me-n1238870
Sad.

Quote:
The concert, held on the steps of the Lincoln Memorial, featured performances by Lee Greenwood (who performed "God Bless the USA"), Toby Keith, 3 Doors Down, DJ Ravidrums, The Piano Guys, and The Frontmen of Country (Tim Rushlow, Larry Stewart, and Richie McDonald). 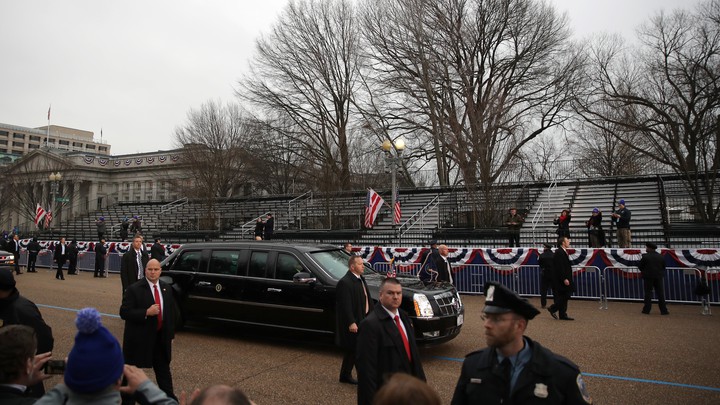 
According to the presidential inauguration committee’s description of the event, the broadcast will resemble in tone what the DNC produced over the summer for their 2020 convention. They are also saying more performances will be announced in coming days.


Who let's face it....Ummmmm, are not celebrities.

MA
Markymark 13 January 2021 4:37pm
Newsroom posted:
james-2001 posted:
The only celebrities who support Trump seem to be Ted Nugent, Tim Allen, Roseanne Barr, Scott Baio and Kid Rock, suprised none of them turned up to provide "entertainment" at his inauguration.


Who let's face it....Ummmmm, are not celebrities.

..... Or remotely entertaining
JA
james-2001 13 January 2021 4:38pm
Well you've got Bugsy Malone, Buzz Lightyear, the woman who got one of the highest rated shows on US TV cancelled by being racist...

... yeah, you are right actually 🤣🤣
UT
UTVLifer 13 January 2021 9:58pm
The BBC's coverage this evening had been great on the news channel with Katty & Christian. Even if they do regularly run out of closing music because they don't stop talking 😂
MO
Mouseboy33 14 January 2021 1:15pm
Just announced that Lady Gaga to sing anthem, J-Lo to perform at Biden inauguration. They are adding more star power to the rota. Makes the Piano Guys from the Orange Apparition's inguaration pale in comparison. Oh well.