Sleeves rolled up here in London as we get ready for our UK election results coverage. Exit poll at 10 with full live coverage from 11. pic.twitter.com/L0zjmJGwI6

RTÉ will have an extended Prime Time covering the GE with David McCullough in Dublin & Miriam O'Callaghan in Belfast.


The studio sound coming out from Bryan Dobson is not great at all tbf. There is an echo heard from the London set.

They probably have their setup located at their London office at Grays Inn Road where both ITV & Channel 4 are having their coverage.
JA
jay Founding member London London 12 December 2019 9:34pm
Loving the Sky News studio and graphics, an excellent job by the team there.
jay
LH
lhx1985 Yorkshire Look North (Yorkshire) 12 December 2019 9:40pm
They've re-imagined what the Sky News Centre would have looked like if they had built it in 2019 - and it looks fantastic.

The box is cold, clinical and sterile - but this temporary set in the Sky Central foyer somehow has bags of energy, impresses with scale and oozes authority.

This is how Sky News should look.


Looks like it's near the box. But not in it. A sort of Sky equivalent of the outside source balcony.
MA
mark Founding member Granada North West Today 12 December 2019 9:48pm
Sky's studio looks good. My only minor criticism is that it feels quite empty - three people in a big room rather than a hive of election activity.

I'm most impressed by their AR so far.
BK
bkman1990 UTV Newsline 12 December 2019 9:51pm
I will be watching ITV's coverage very soon. I am hoping the big ITV News logo seen in the atrium is used for some of the graphics tonight. The quality of ITV's coverage in the last GE two years ago was absolutely brilliant. Tom Bradby did so well that night in 2017. I hope that some of that magic will be rekindled again for tonight's election coverage. I cannot wait what they say about the results if Boris does not get his way in terms of the what the exit poll & how the election results will pan out for the rest of the night. I hope that they will do some justice because they are able to talk about it in great detail & quality. Maybe they could beat the BBC's ratings in the UK while being ahead of them while overtaking them along with Channel 4 & Sky.
RH
richard h 12 December 2019 9:53pm
Sky Central looks stunning. so much more impressive than the usual box or tiny Westminster studio

Music is awful though. why they replaced the dramatic authoritative music for that I have no idea

Join Lucy Leeds for an alternative election night as she gets to grips with the nation's election problems! 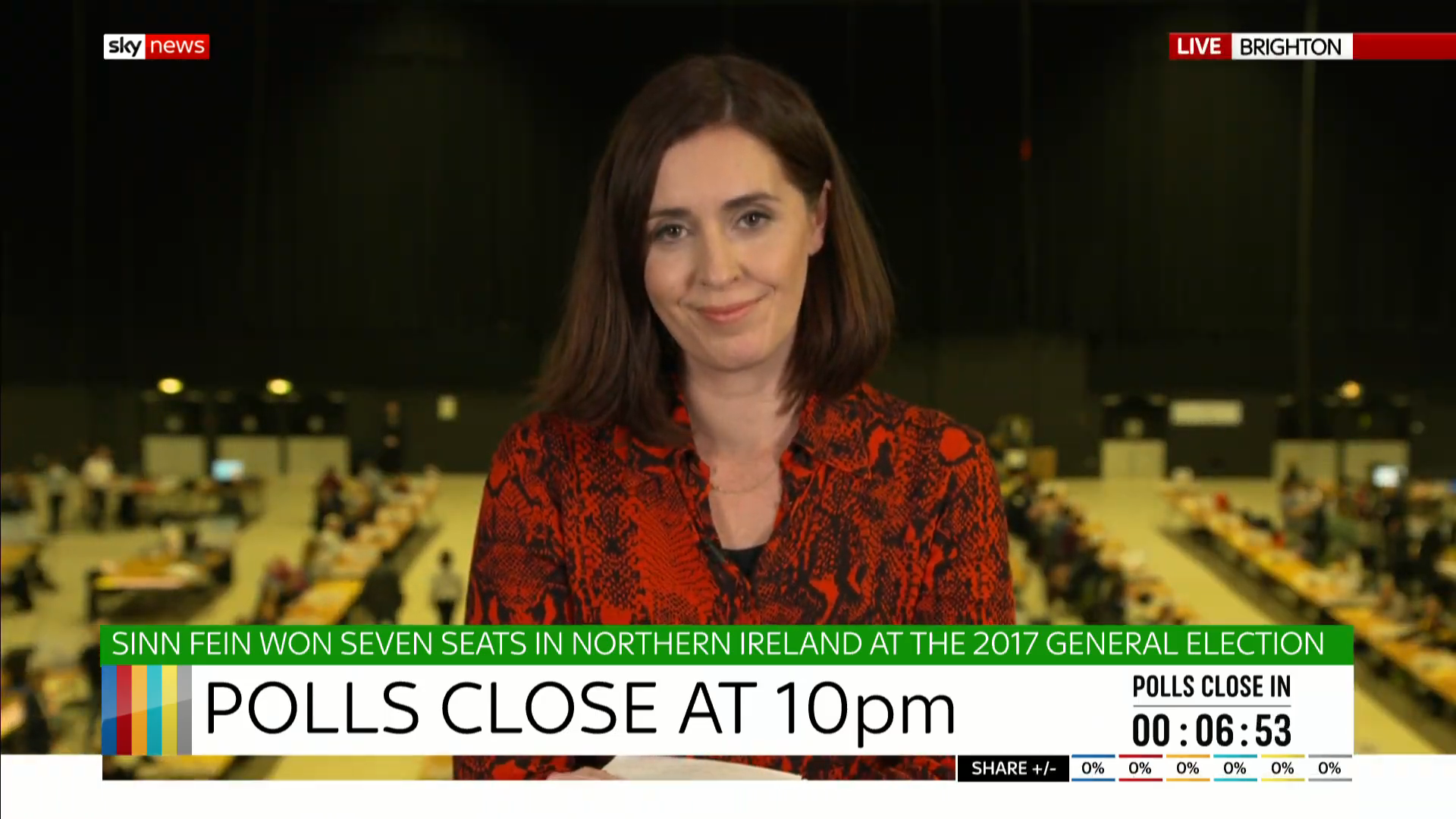