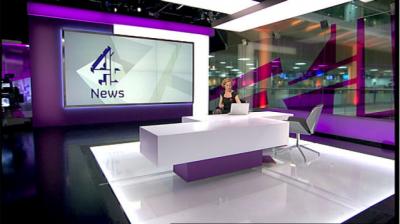 Take a look at the old studio in comparison (courtesy of TV Live, I have no wide shots myself) - it's more of a modernisation than anything, and I think it looks a lot fresher. There will most likely be some new camera angles too.

It's nice to see some new chairs, those leather-effect things looked very tired. And MacBook Airs on the desk (with the logo covered up...)
GI
ginnyfan 7 November 2011 5:08pm
It does look more fresh and less cluttered, I guess it's an evolution of this set not a revolution.
BE
Ben Founding member 7 November 2011 5:11pm
Well there is only so much you can do with that space and to loose the atrium in the background would have been a real shame. I'm not liking the use of the static 4 logo, I've never really thought it looked that great, especially on screen its so flat.

I saw the lunchtime update during that awful cookery thing at lunchtime, it seemed completely out of place an inappropriate for the programme other than the fact that both were live. I think ITN were sensible to top and tail it with titles though.
BC
Blake Connolly Founding member 7 November 2011 5:23pm
Some interesting stuff on that article. While it looks a little similar to how it was before, there's lots of new stuff, including the second screen already included in the virtual set, plus a whole new area behind where the cameras are:

Quote:
The studio space has also been extended so that it can be shot from both ways with the addition of a back wall. This will enable the directors to create 360 degree shots and use the back of the studio for more relaxed items and debates, away from the main desk.


It also mentions that the desk can be rearranged into lots of different shapes.
JD
jda135 7 November 2011 5:43pm
The eagle-eyed amongst those on the forum will realise that the chairs in the studio are the same as the MOTD/BBC Sport chairs.

Also just seen a panoramic shot of the new set with the two big screens in a promo for the new look!
JW
JamesWorldNews 7 November 2011 6:20pm
BBC WORLD posted:
So, does Liam Dutton also start today at Channel 4?


Answering my own question, Liam is off today and Friday, and is working at the BBC on Tues, Weds and Thurs this week.

Next Monday is his first day at Channel 4 News.
WP
WillPS 7 November 2011 7:01pm
Argh, they've screwed up the music, no dramatic intro.

Graphics are nice though.
IT
ITNCameraman 7 November 2011 7:03pm
WillPS posted:
Argh, they've screwed up the music, no dramatic intro. 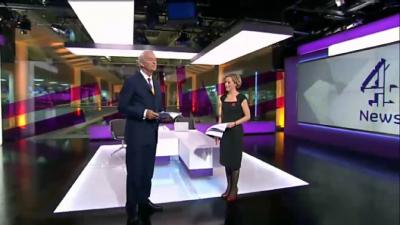 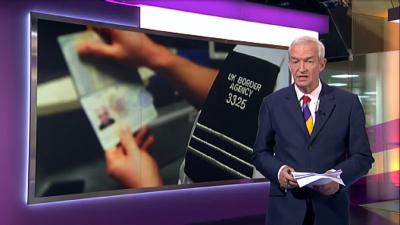 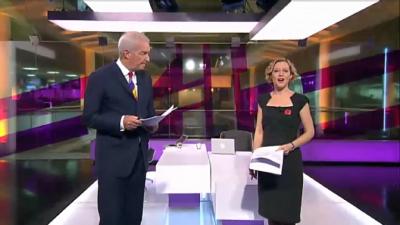 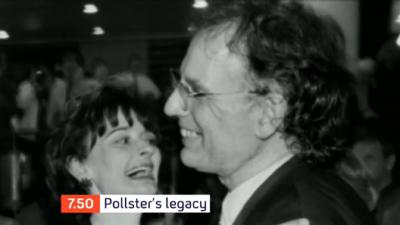 The music is the same!


http://www.youtube.com/watch?v=MCU6oQKnNWQ - the bit between 29 and 31 seconds has gone.