This site closed in March 2021 and is now a read-only archive
Previous Next
GE
thegeek Founding member 18 March 2013 11:19am
bakamann posted:
thegeek posted:
The News Centre will also be kept 'warm' for three months, just in case of any major problems at BH. Other non-news departments haven't quite moved out yet.
Three months? Will there still be back-up presenters on stand-by, or they will just use TVC in case of a serious trouble (e.g.: meltdown, power failure)?


Meltdown, I think. Or in case Emily Maitlis remembers she's left a stash of pick-n-mix in her locker and needs to go back, that sort of thing. There'll still be some kit running in the building that'll take a bit longer to migrate.
Last edited by thegeek on 18 March 2013 11:30am
JT
jolly turnip 18 March 2013 11:27am
Do you think they can leave Lizo Mzimba at TVC?
HE
headliner101 18 March 2013 11:34am
N24's final simulcast with BBC2 from TVC has just ended. Not much fanfare there which is all good, unless you're watching from the fringes of the UK (e.g. IE, BE, NL, extreme northern FR).
AC
aconnell 18 March 2013 11:48am


One of the pieces from Television Centre this morning with Lizo Mzimba. I'll post the rest very soon.
BC
Blake Connolly Founding member 18 March 2013 11:51am
buster posted:
Esther Rantzen comes across as a bit bonkers in that interview. They seemed to stop asking her questions after a while, just letting her ramble on and on!


Simon was quite pleased that she said he wasn't born in 1966, though. 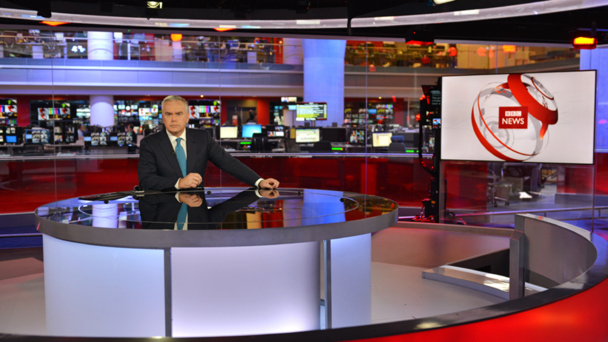