Who needs TikTok to make a name for yourself...?

This site closed in March 2021 and is now a read-only archive
CC
C.Channel04 5 March 2021 11:20am
The second project I have been busy working on throughout is a recent one, only this year. I watched lots of videos of Stars on YouTube, and I decided to make another format come back to life after a failed reboot in 2015, which, many people were unhappy about. I myself didn't like that Harry's "anarchic humor" took up most of the time of each show, and even if there was a varied range of singers, Harry isn't suited to things like this.

Anyways... first of all, I introduce you to the set. I thought I would mash up most of the older set, used between 1993-97, in the '97 guise, with the lighting and everything, with some aspects of the 1998-2002 set, as well as some additions and changes I did myself. I was stumped as to how I could improve the set until I looked at The Voice's set - with the stairs, I suddenly found a spark to totally redesign my original idea, and give it some color and light. 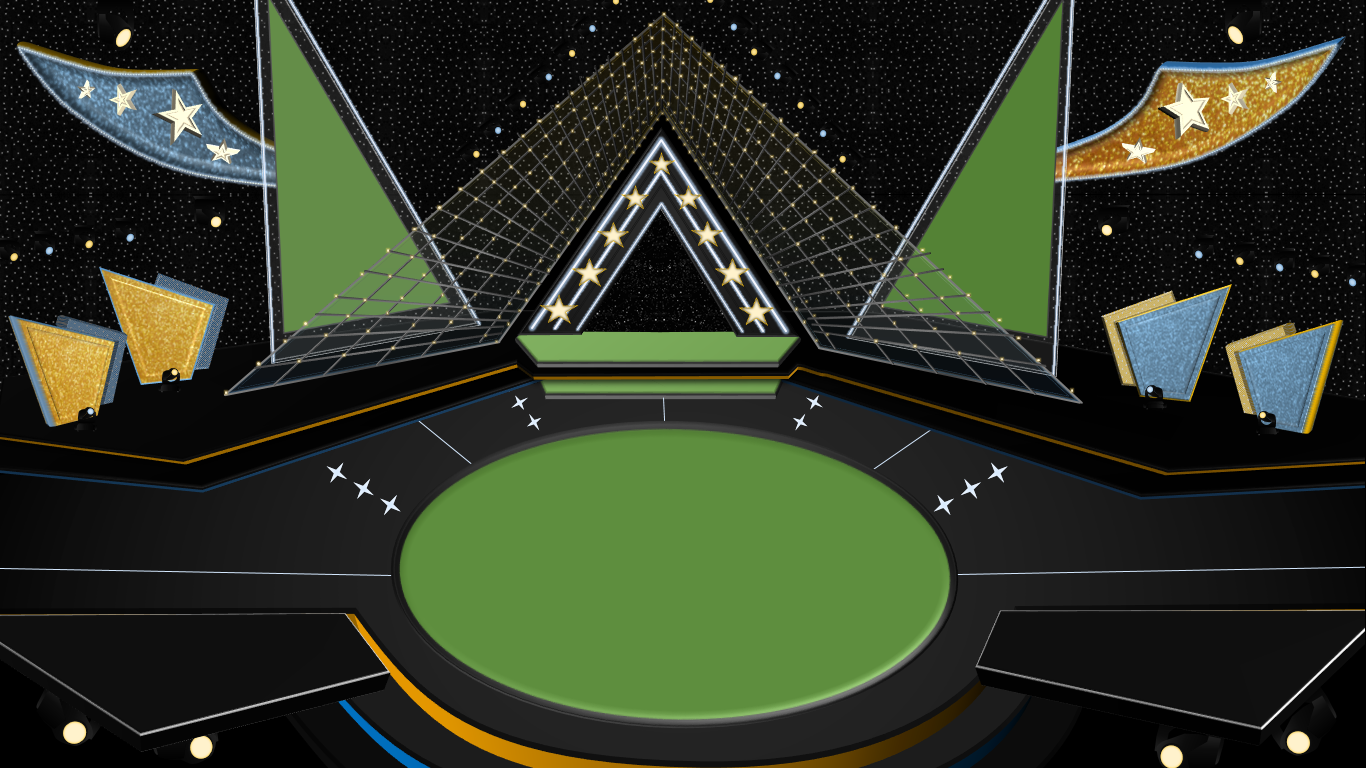 This set was a little interesting to design because of the reference photo I used, from the 1994 Final. The perspective was hard to recreate in 16:9, but I managed to make it look good, for starters, and I hope you all think the same way. 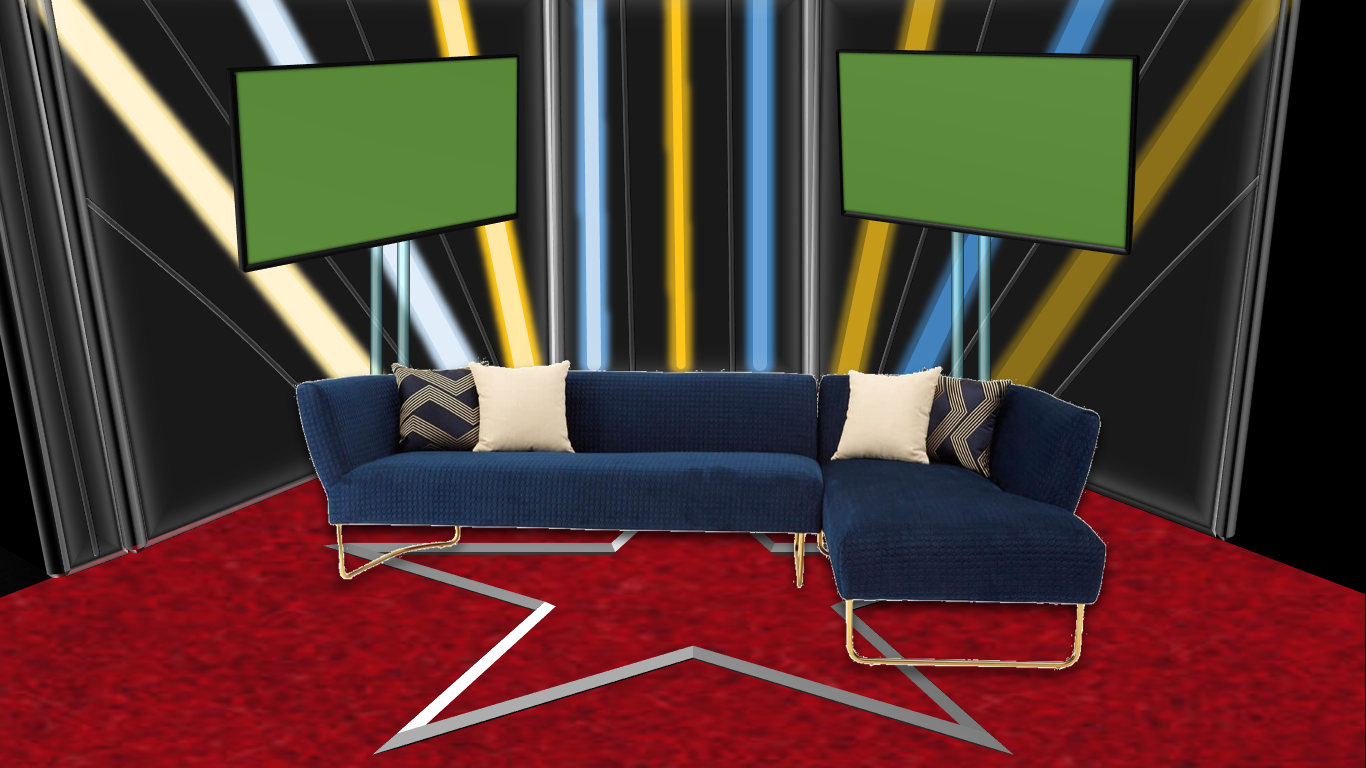 The little Green Room used for the contestants to find out the results is based on the Kids version, particularly the 2003 style. Everything you see, bar the sofa, is entirely remade by me, including the monitors which would have the camera feed of the host. I really enjoyed making this as it really shows off the Bevel tools that I now so frequently use in my presentations.


Now, we move onto the graphics, and what I am most particularly proud of. The whole theme is based around the 'Statues' era of 1999-2000, particularly the Champion of Champions series, which I used reference of to make. Of course, things are different, because of my personal flair. 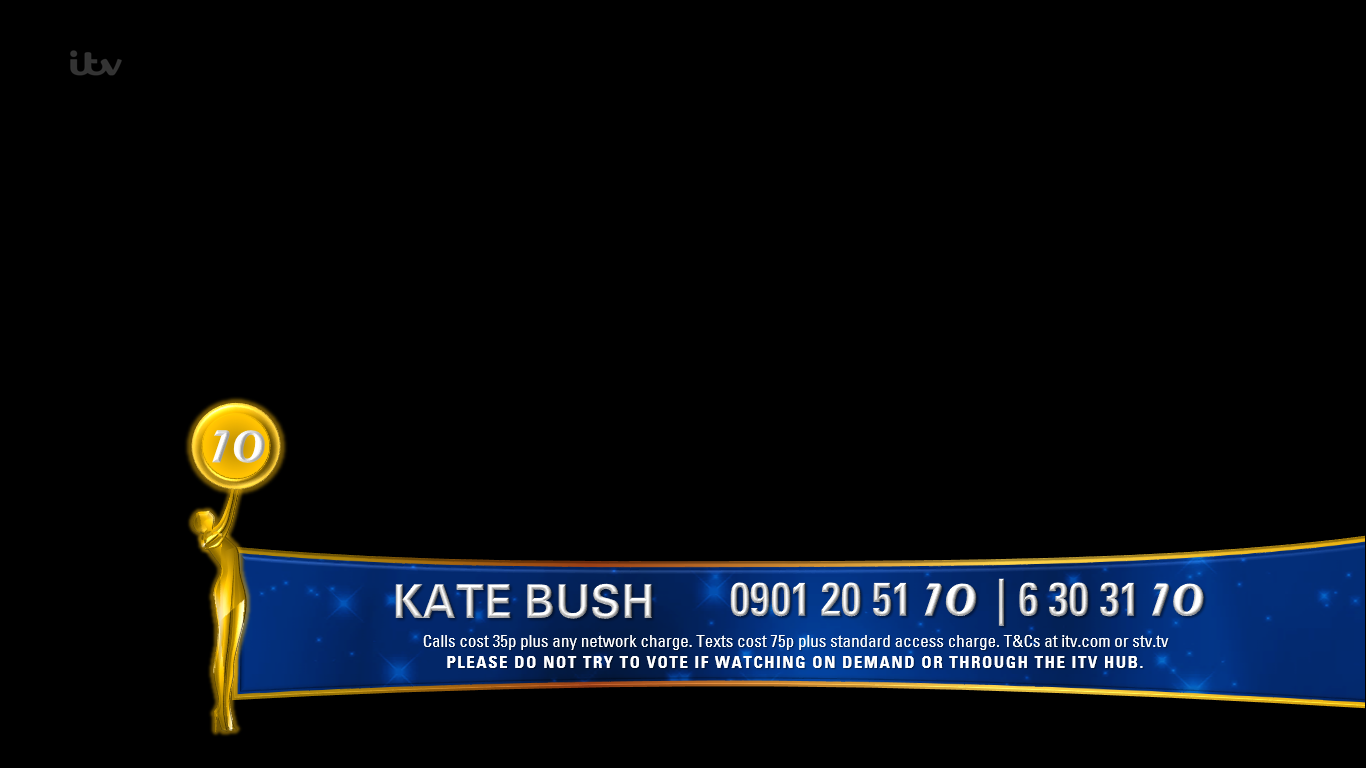 The main fonts used in the graphics are a mixture of Magneto (used for the logo of Magic Radio in the 2000s) and Univers/Univers Condensed, as used in the actual show. The statue I have remade myself, but I'll come onto that a little later. I also reused my X Factor Final logo textures, but filtered them blue using a website, though the original gold one is prominent in... 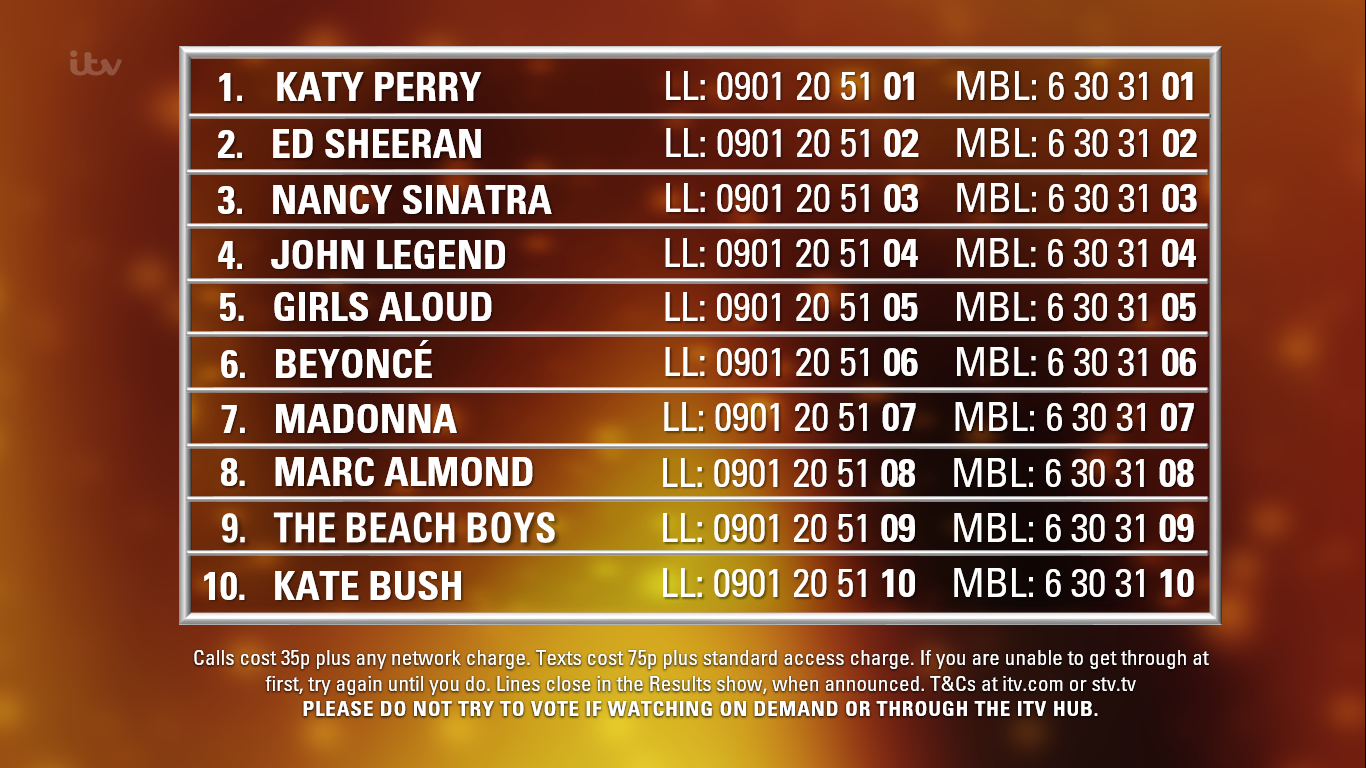 This, a more detailed chart of the voting lines, and a look at the Star Finalist line-up I came up with myself. My main idea was a varied amount of singers, blending together solo artists and groups. 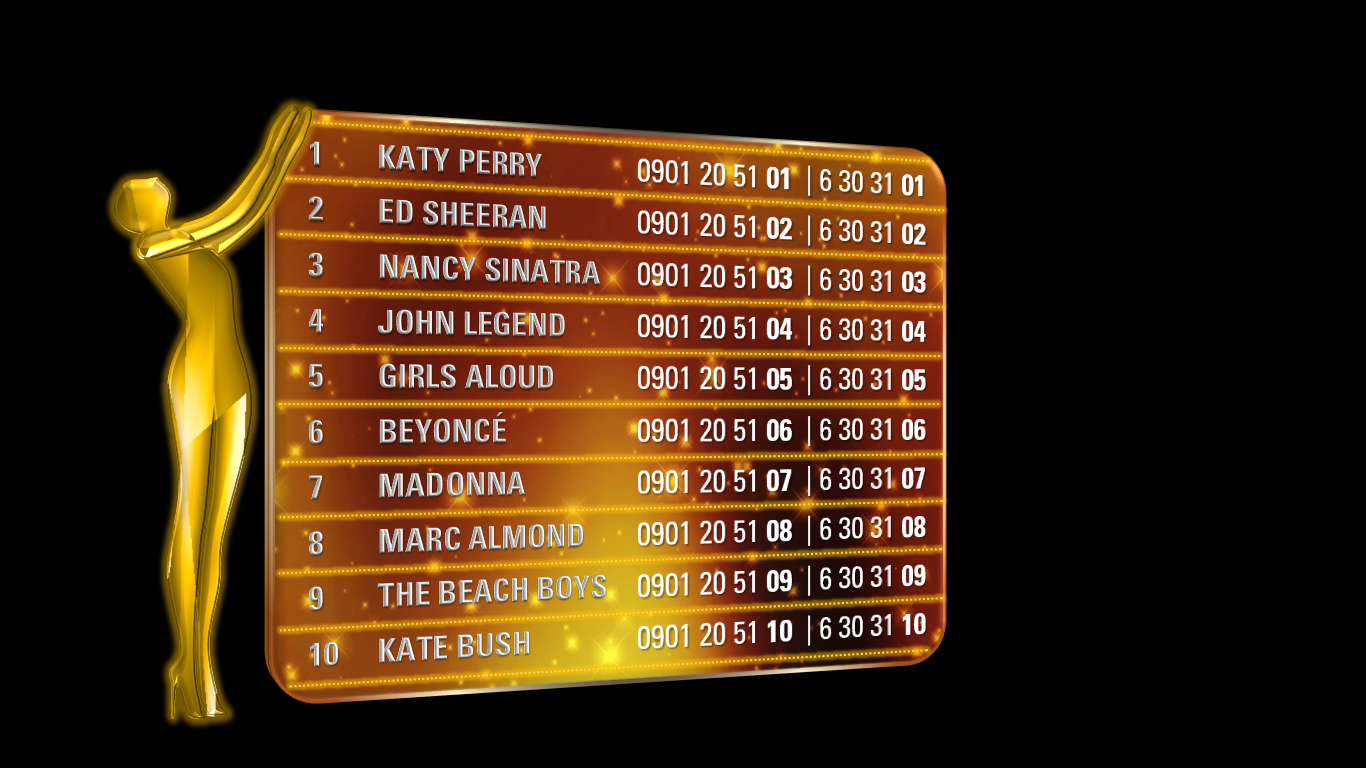 This is a look at the voting lines as projected in the studio, particularly for shots with the host explaining things or ready to close the vote. I mentioned the statue, which I remade myself, earlier. This provided me with an excellent chance to push the boundaries of what I can make in PowerPoint, and I am most proud of this. Originally, when I first attempted to make one, I used the wrong Bevel tool, which made it look rather crude, although my second try is what you see holding up the voting table. It's one of my more accomplished efforts, and I am happy that I can make new things. 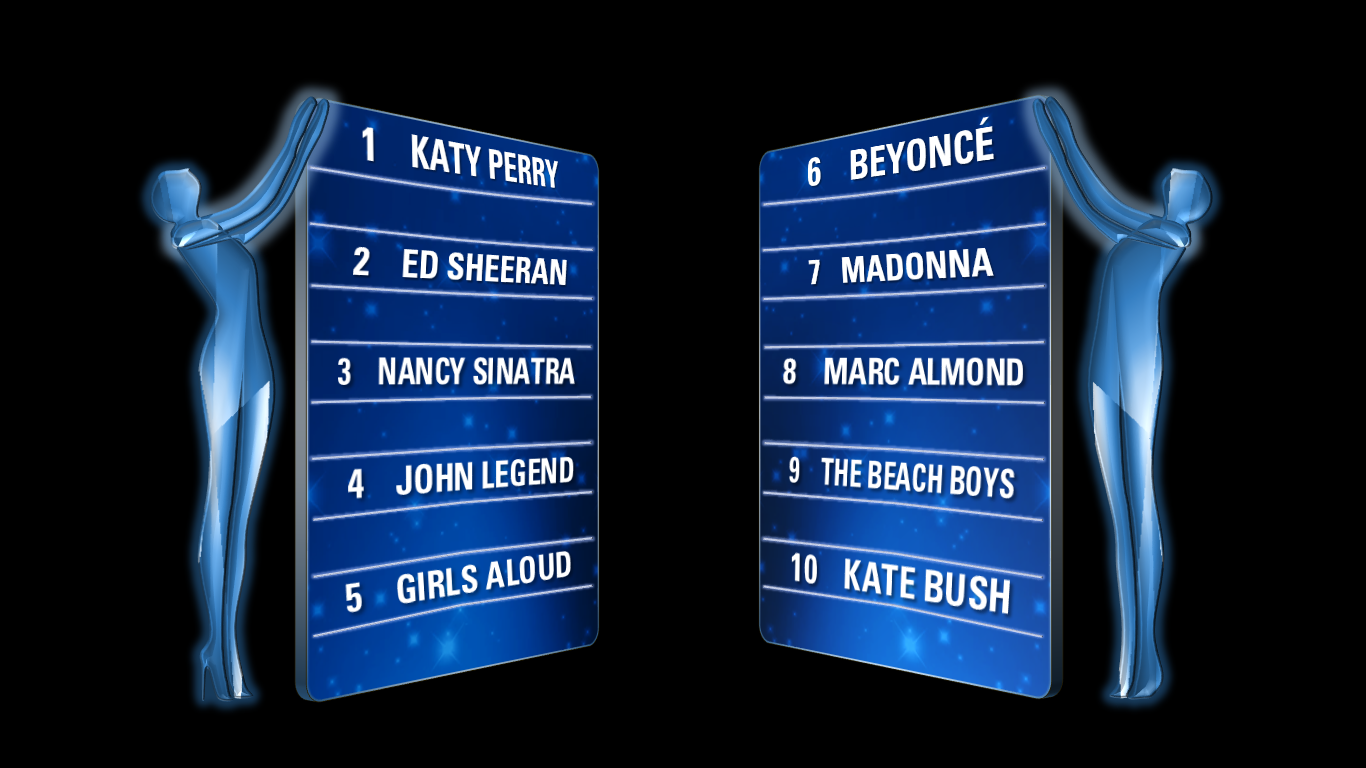 Finally, the Result Graph. I changed the color scheme to blue, as I thought it would seem better without the statues being gold. You could say that these two are different to the other one - different skin color, maybe? 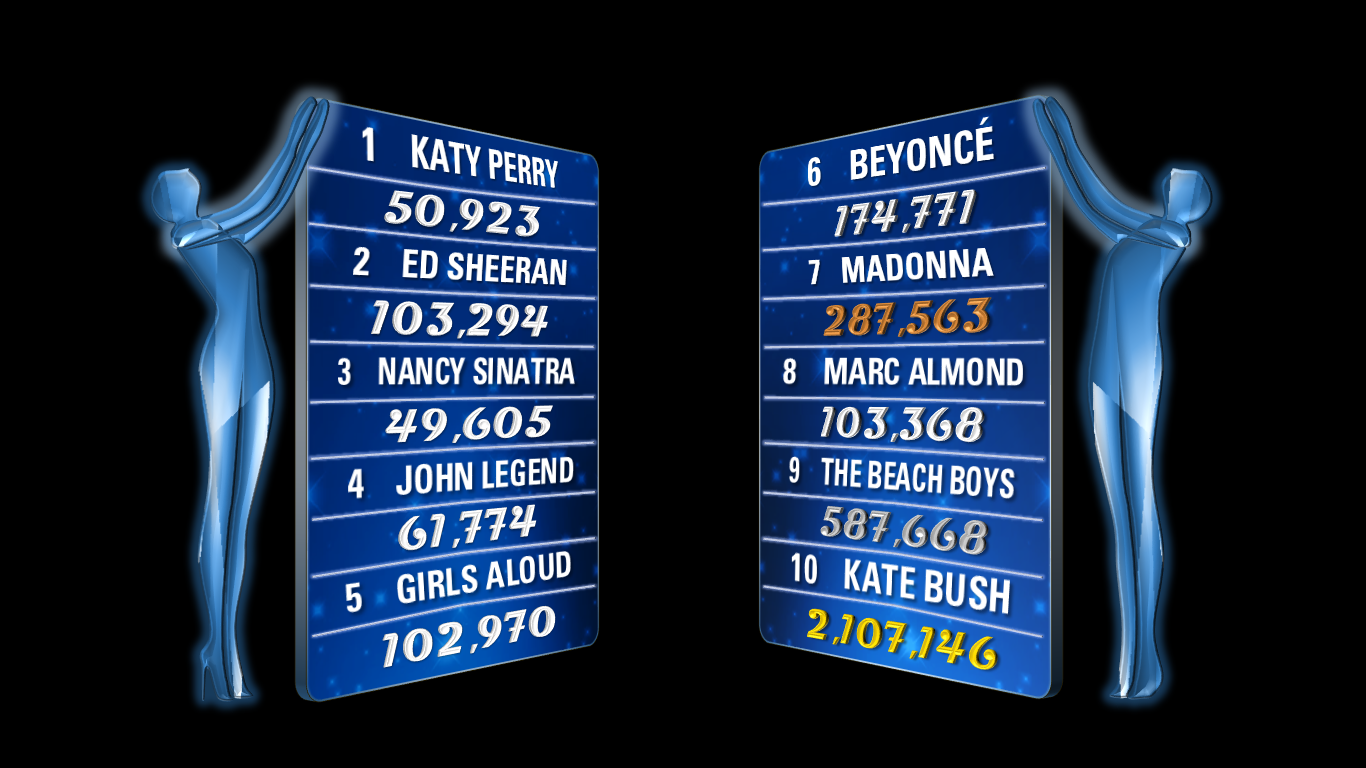 An idea I have for the votes coming in is that the numbers spin and zoom in, and, if it's high enough to garner first place, they change gold. Likewise, if another act gets a higher score, it goes silver (meaning second place) or bronze (to denote third). Don't ask me about Kate Bush getting over two million votes, I just deliberately decided to make the winning total more than what Gary Mullen got (over 800,000 in the 2000 Grand Final, not to be confused with the one Maria Callas won, which was a Millennium Special).


And with that, that is what I have to offer! I really like this project, and I hope you all feel the same way, too. This could may well be my last project to show before TV Forum closes, but I don't know for sure. I wanted to try and make some really good designs to garner me a better rating than other works I have shown, and especially during the dying days of this website. I wasn't expecting to hear about this site closing, but I hope we find a place where we can pick up from where we left off, every one who is involved here.

Have you designed a logo yet?

That is why I tend to use PowerPoint more, because then, the Bevel tools allow me to have more creative freedom, and make it look more accomplished than if I didn't use them due to WPS not having those tools.