This site closed in March 2021 and is now a read-only archive
Previous Next
BR
Brekkie 8 May 2020 6:50pm
Not keen on the red headline straps in the first video but otherwise it is very nice, though personally I'd quite like to see the back of the scrolling headlines in the intro sequence.
SH
Sh1ruba 8 May 2020 7:09pm
PATV Scunthorpe posted:
Hi,

Once again I'm exploring the world of Sky, following on from the release of the new channel logos which I really like the look of.

I thought I'd change up how I would usually post my mocks and take the release parts as I go along root, rather than what I normally do by releasing the bulk within the first post.

This mock started from the point where Sky refreshed the logos on their channels, to match the style used by Sky Comedy, and for the majority of that time, I've made a new look for Sky News by mainly adapting the Next IPP used on the entertainment channels.

One of the changes I did make was to reintroduce the proper opening music to the TOTH, which I then combined with the current bed (firstly, to match the existing captures I used but secondly, as I quite liked the sound of it). I have kept the current TOTH opener style, however to match the length of the music, I did extend the animation, thinking of new ways people interact with Sky News, which resulted in a fourth scenario representing smartwatches, and a fifth that represents smart speakers (*cough*Alexa*cough)

So far, I have only applied the new graphics to a video for Kay Burley @Breakfast, but I am making one or two more to show off a few other situations, more of which will be explained later in the post. Then I'll do some stuff relating to the more general entertainment channels. 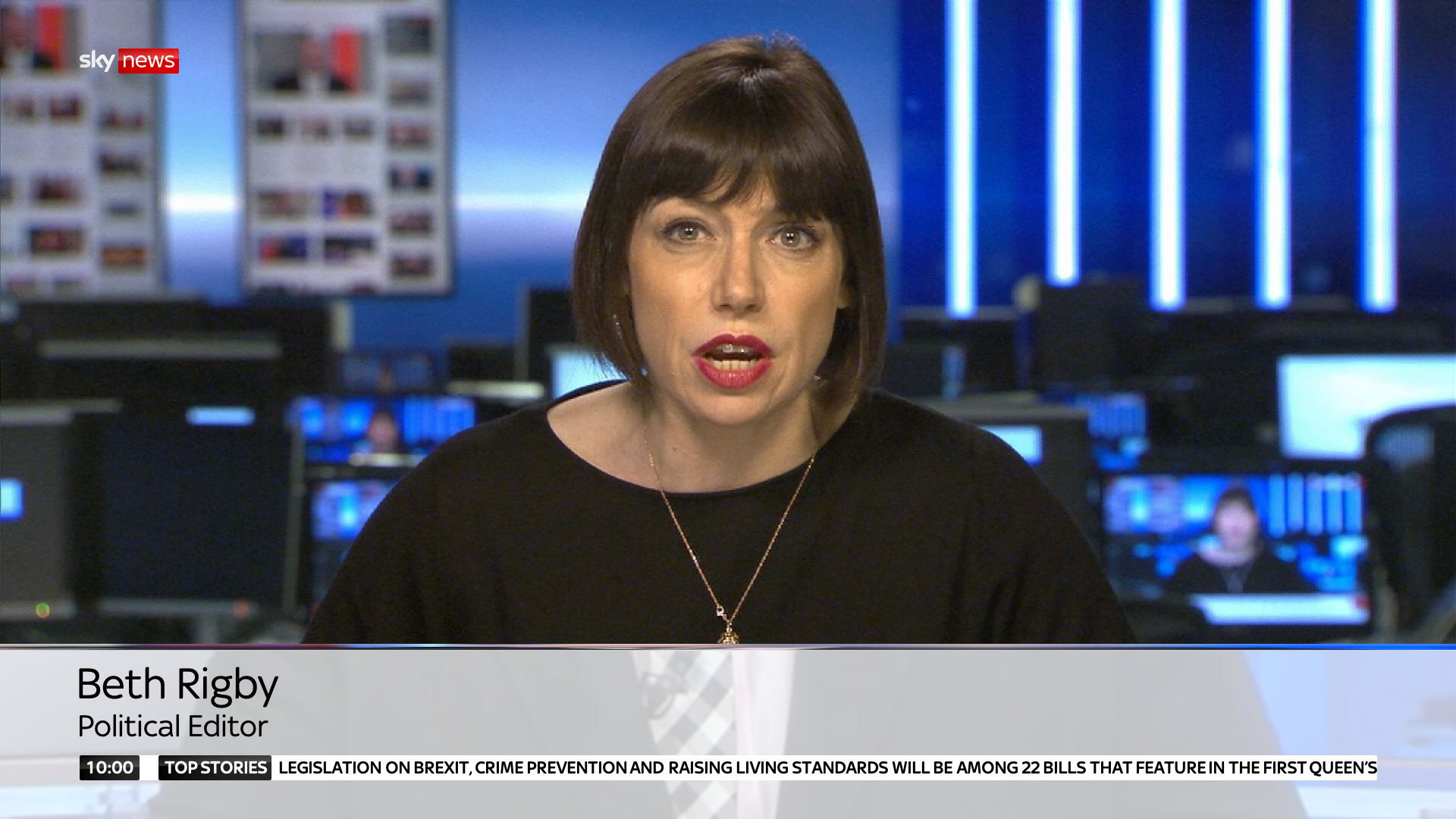 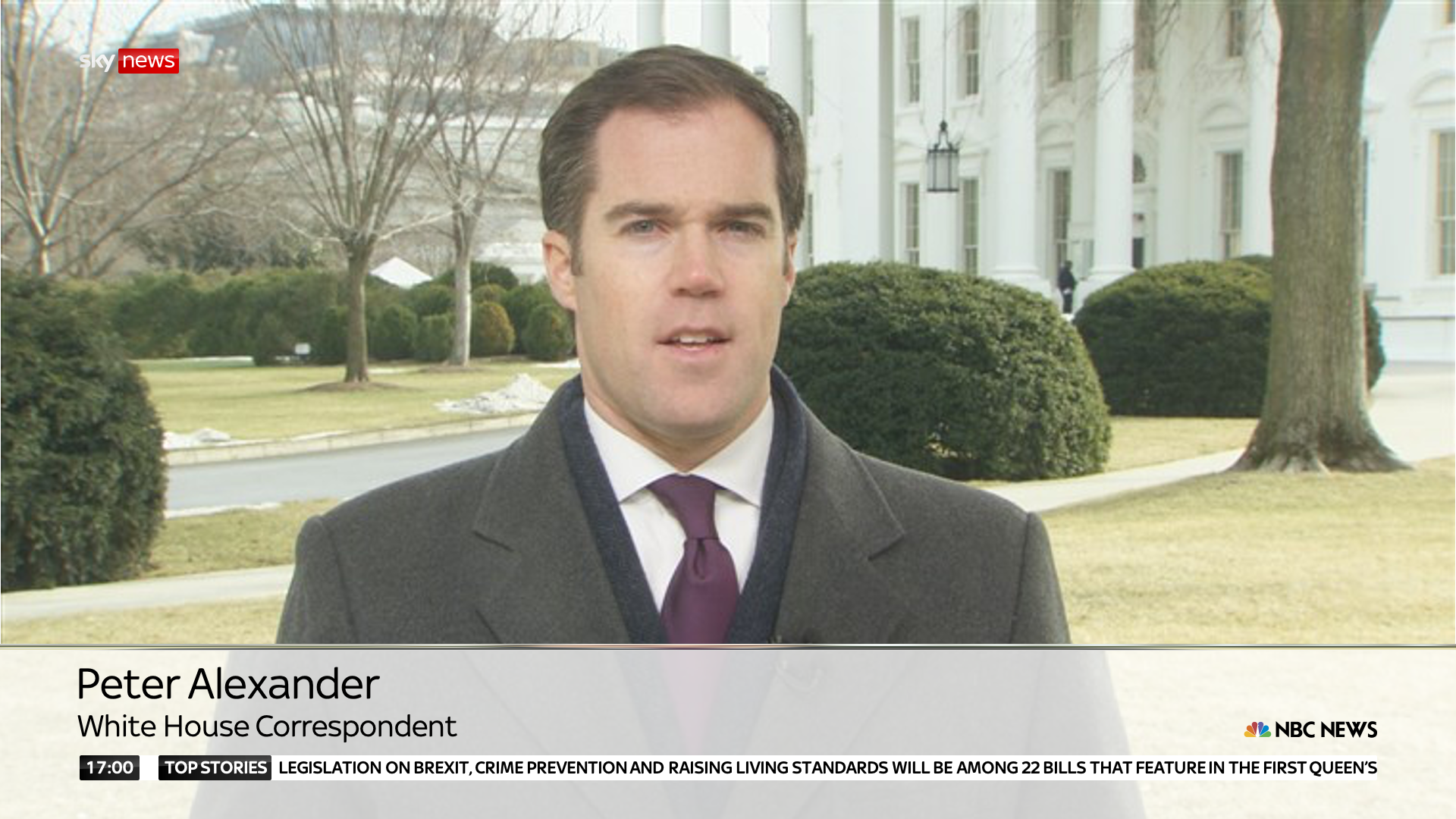 I thought about having the NBC News logo as an option in case a correspondent was used, while it would be rare, I liked the idea, I was experimenting with doing the same with the Sky News logo as usually happens in America, but I decided against it. 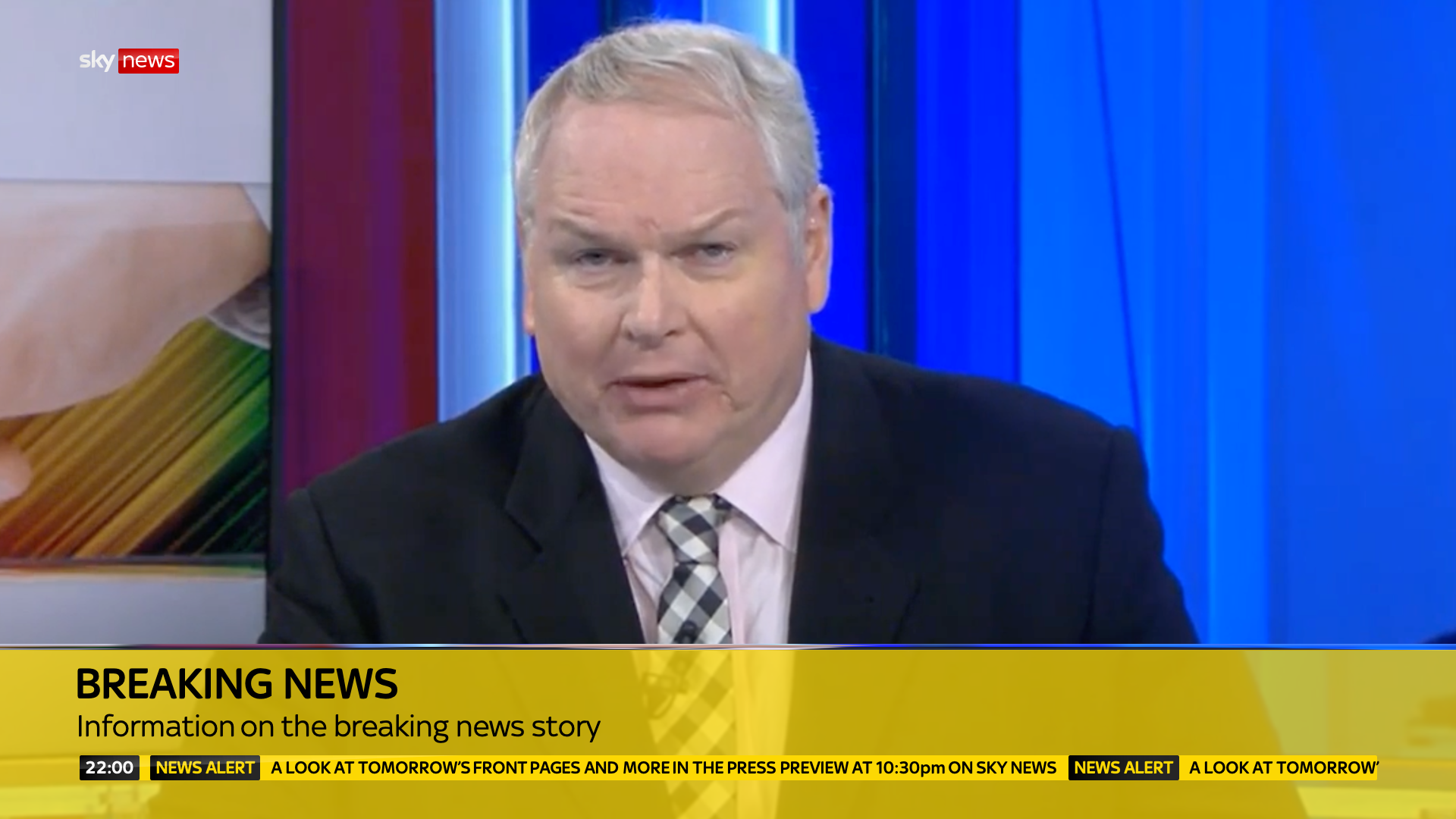 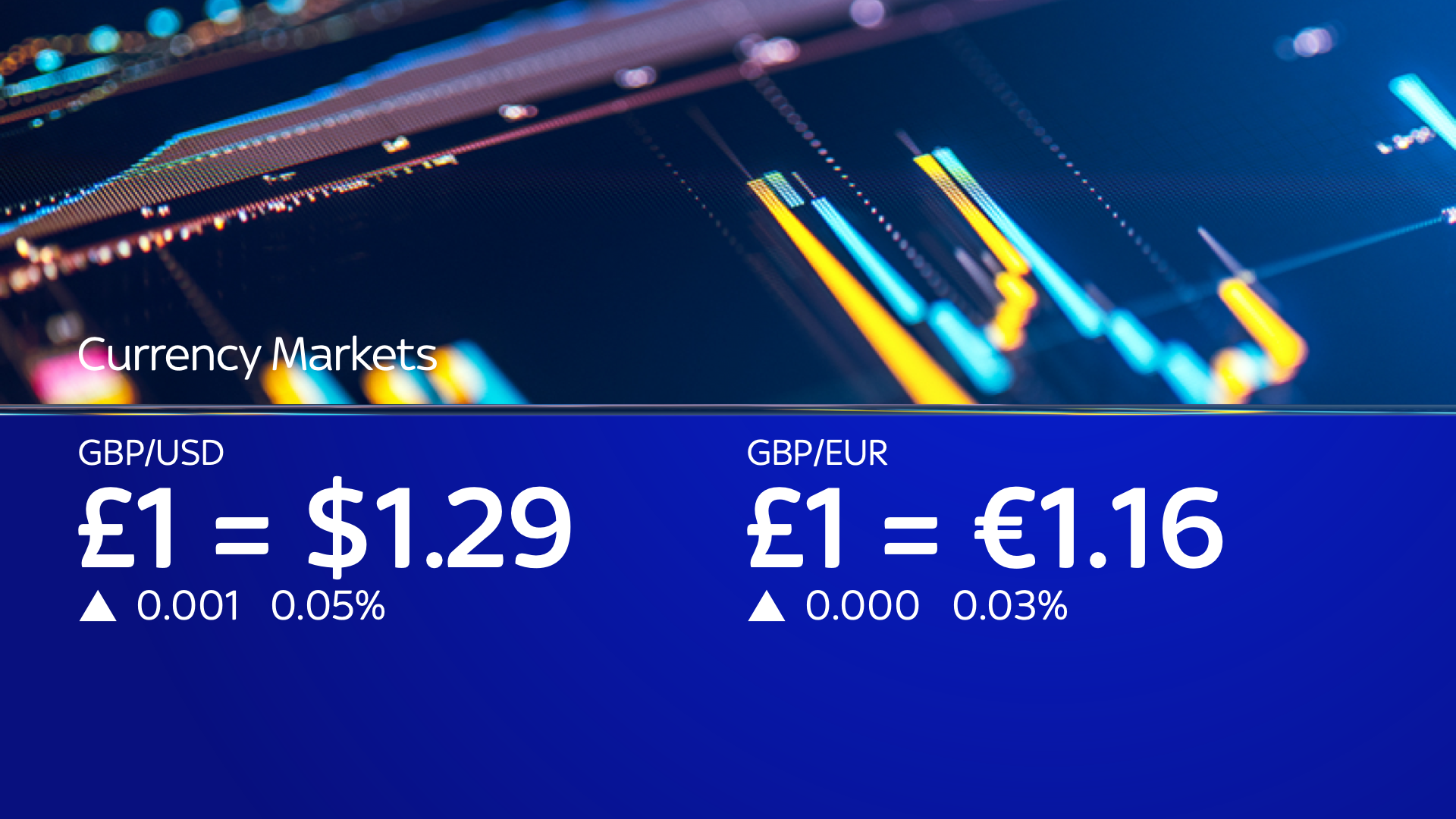 In the case of a negative(s), the red background would occupy the relevant halves, or the full width 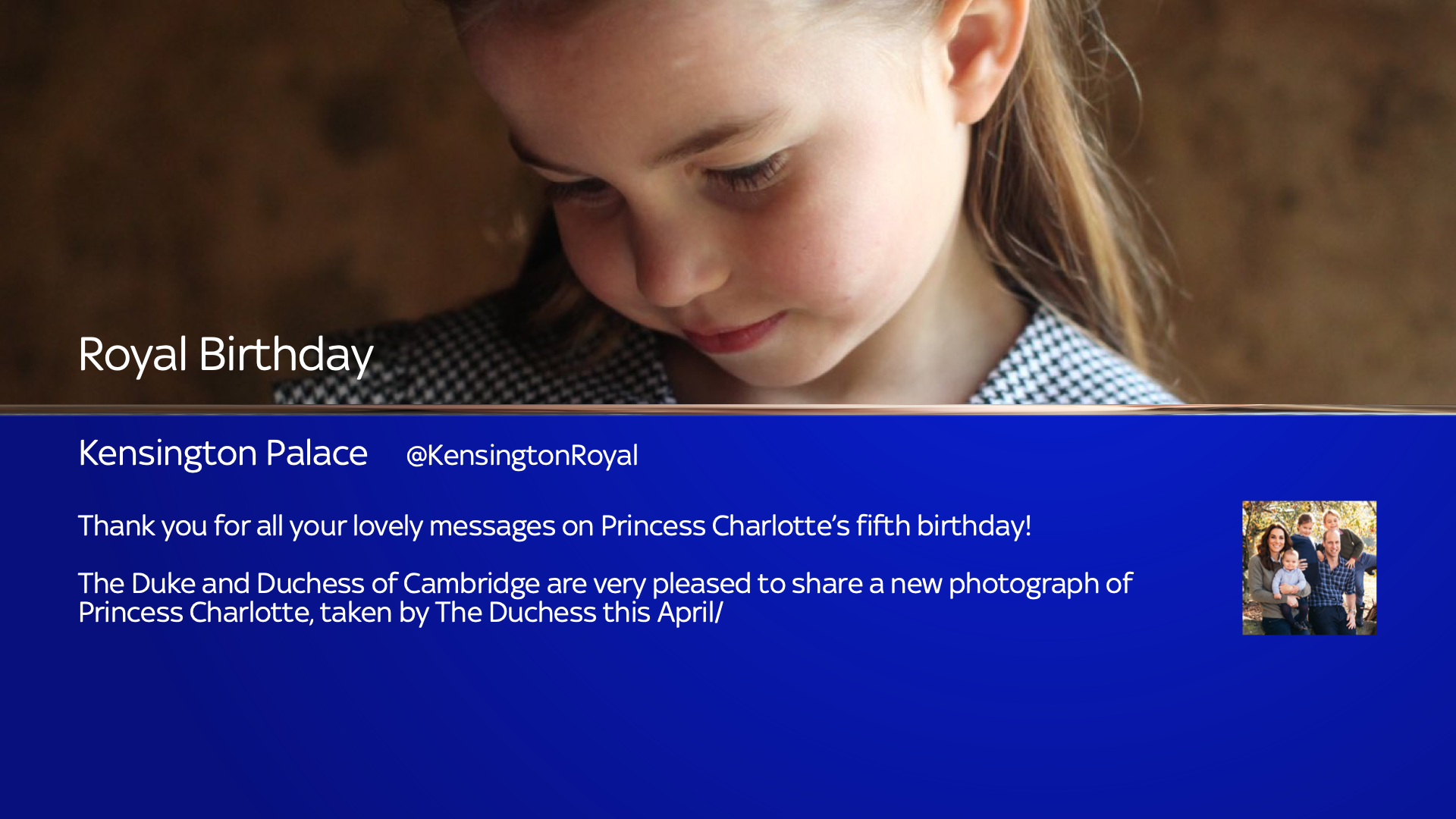 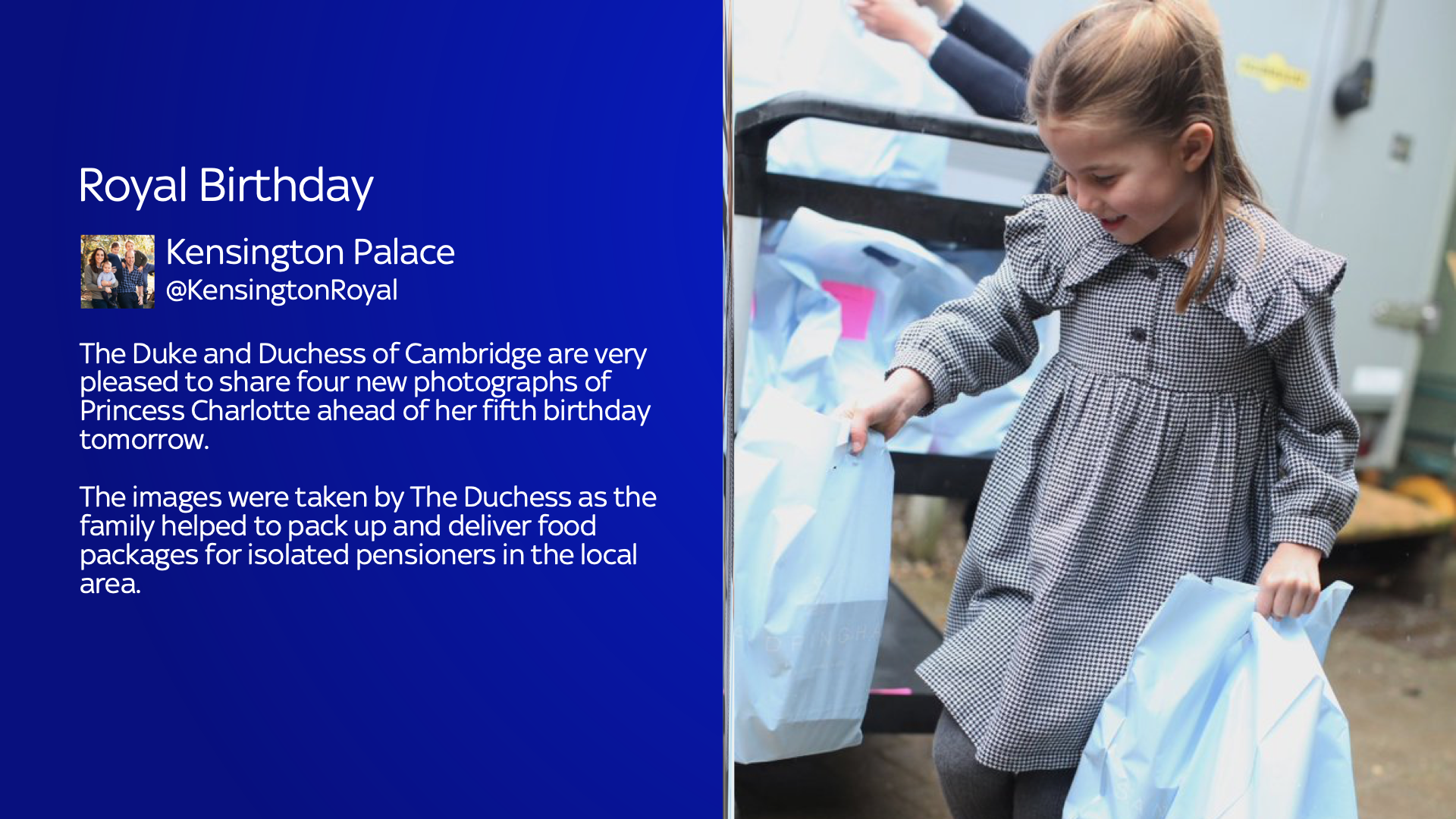 The next video I'm working on is for applying my graphics to the last election, here are some stills, but I would like to know if there is anything that you think could be different, as I could then altered the video to fit. For the most part, I've just adapted the current style to fit in with what I've already done... 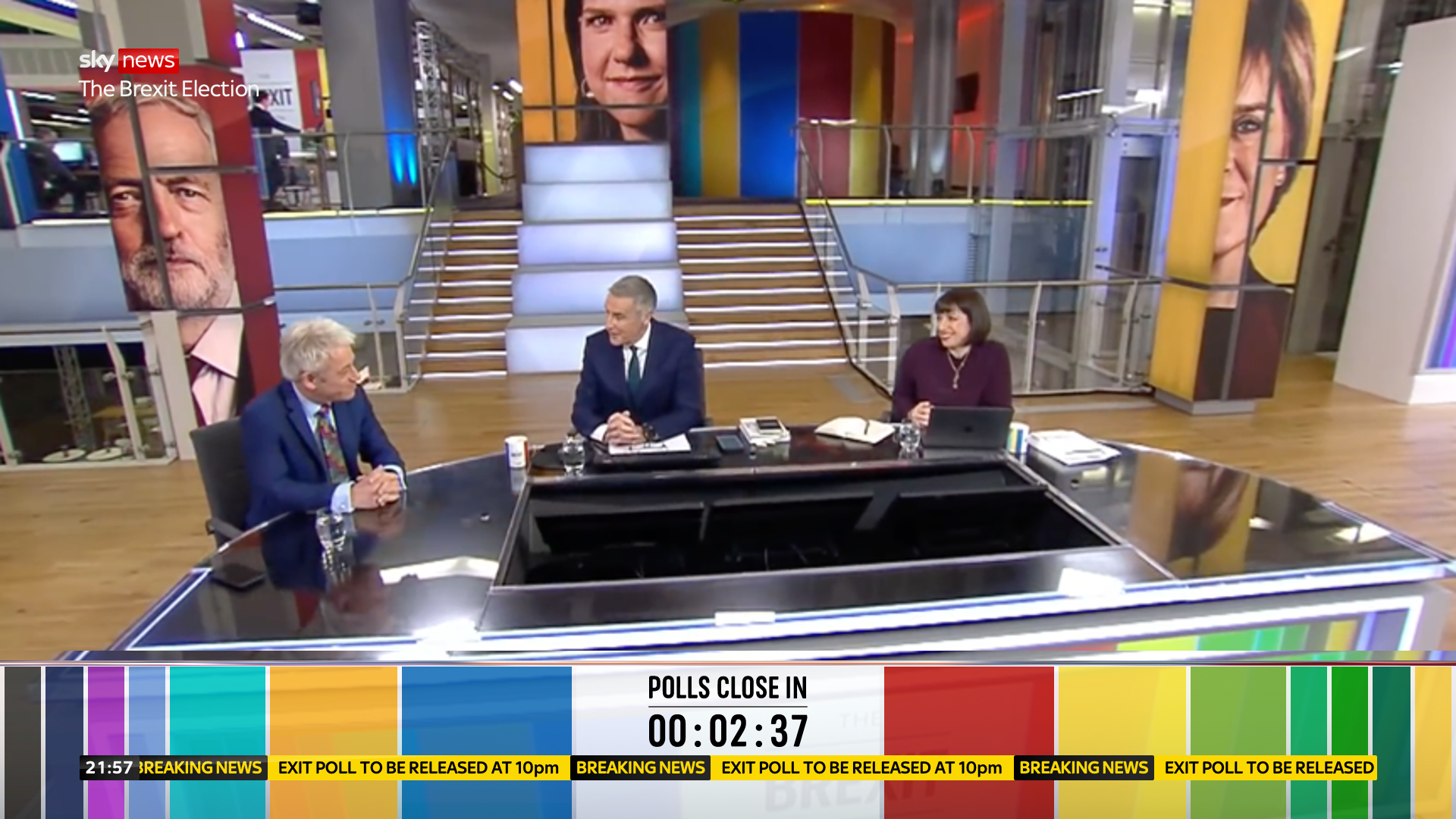 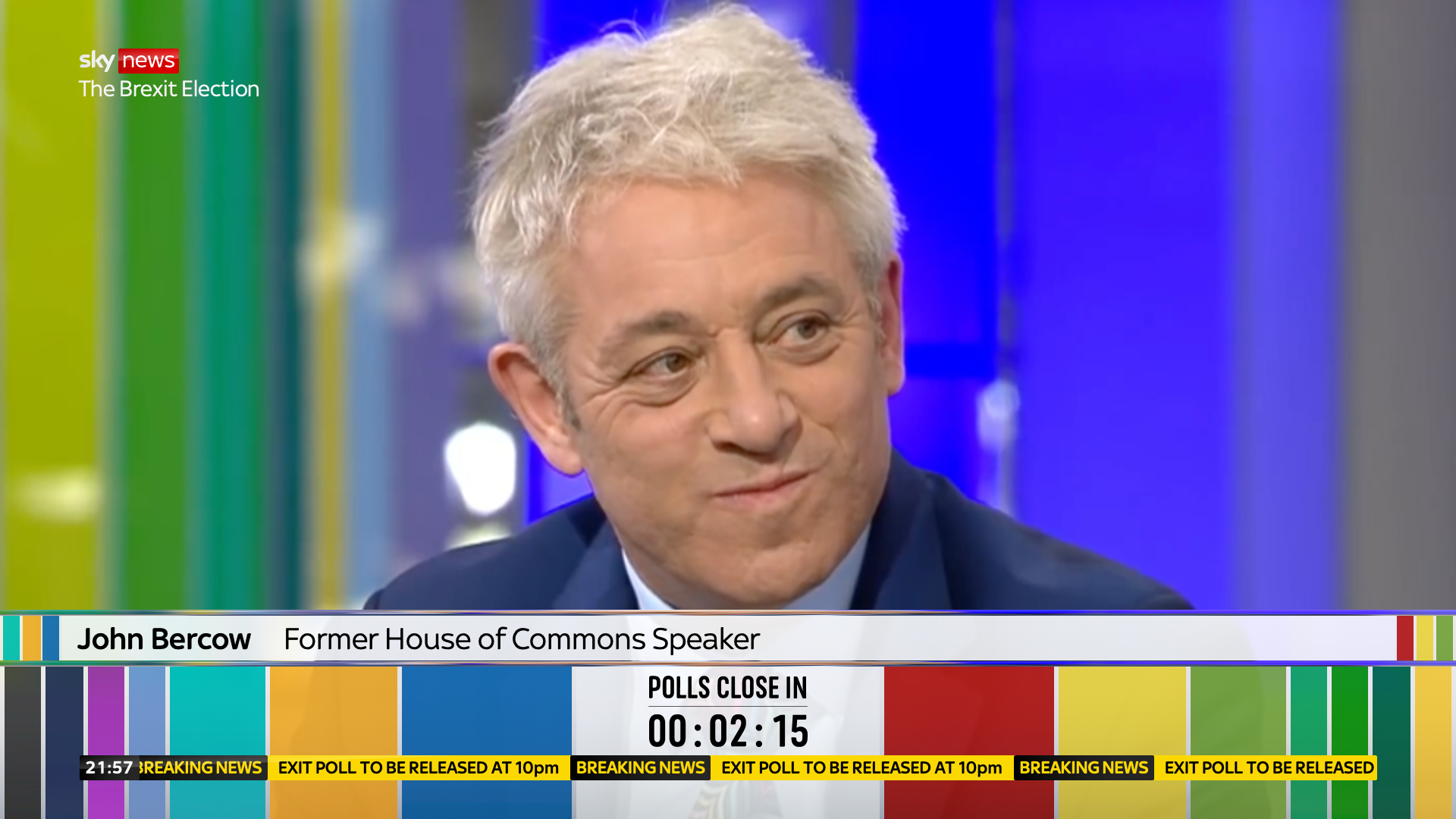 I would like for the count to use the new adapted Sky Ultra font rather than Sky Text, so I've supplied both options... 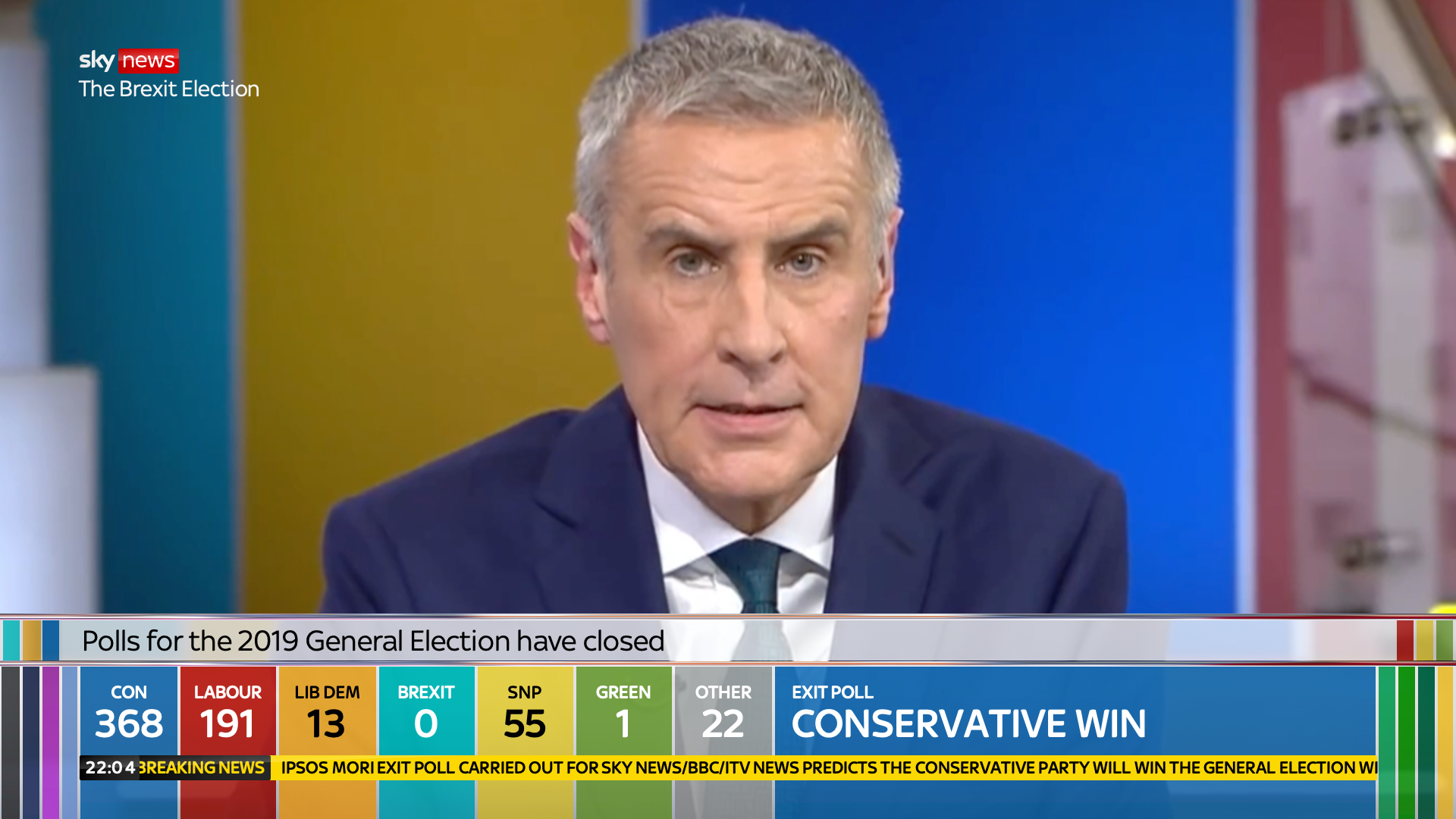 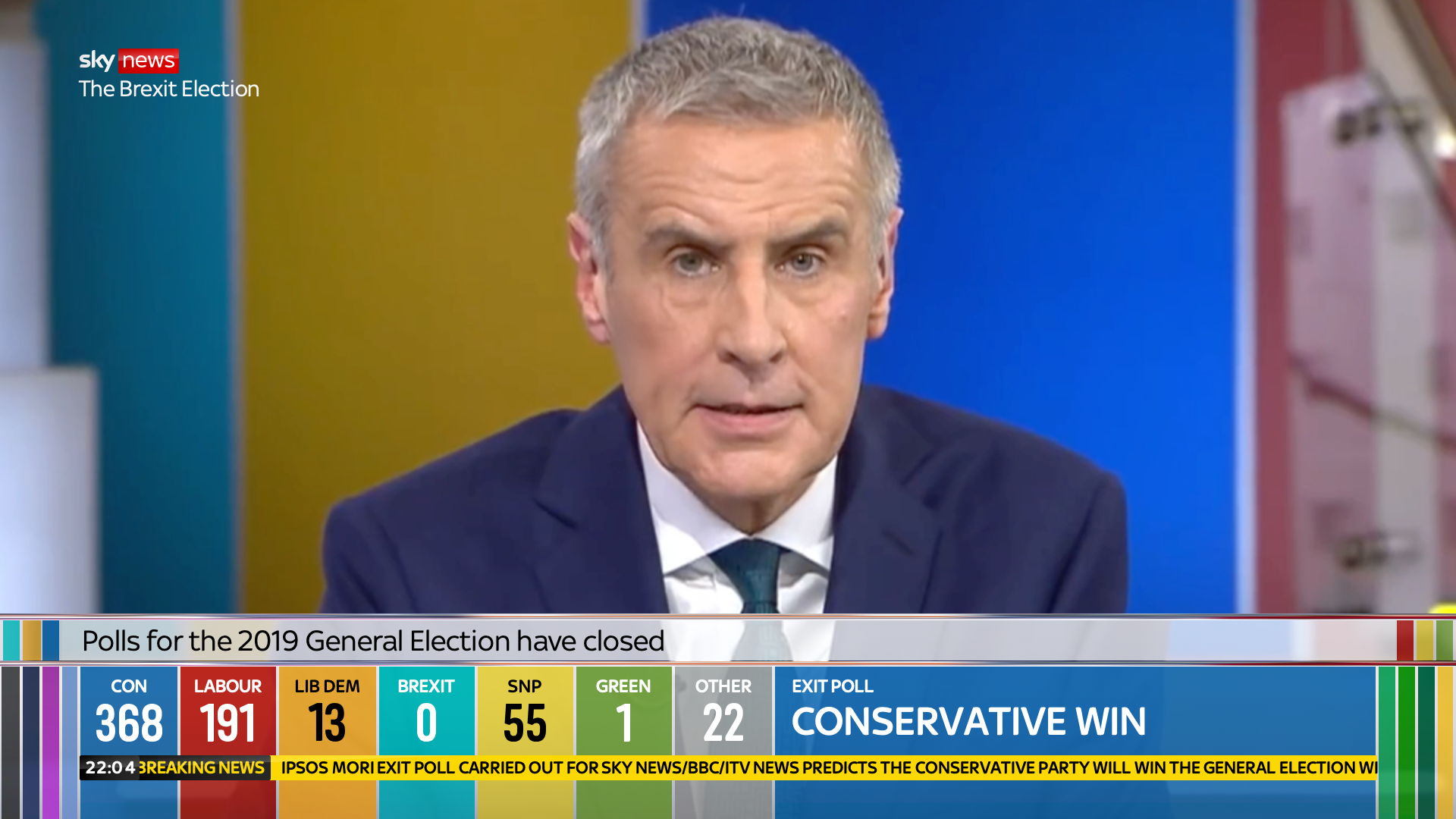 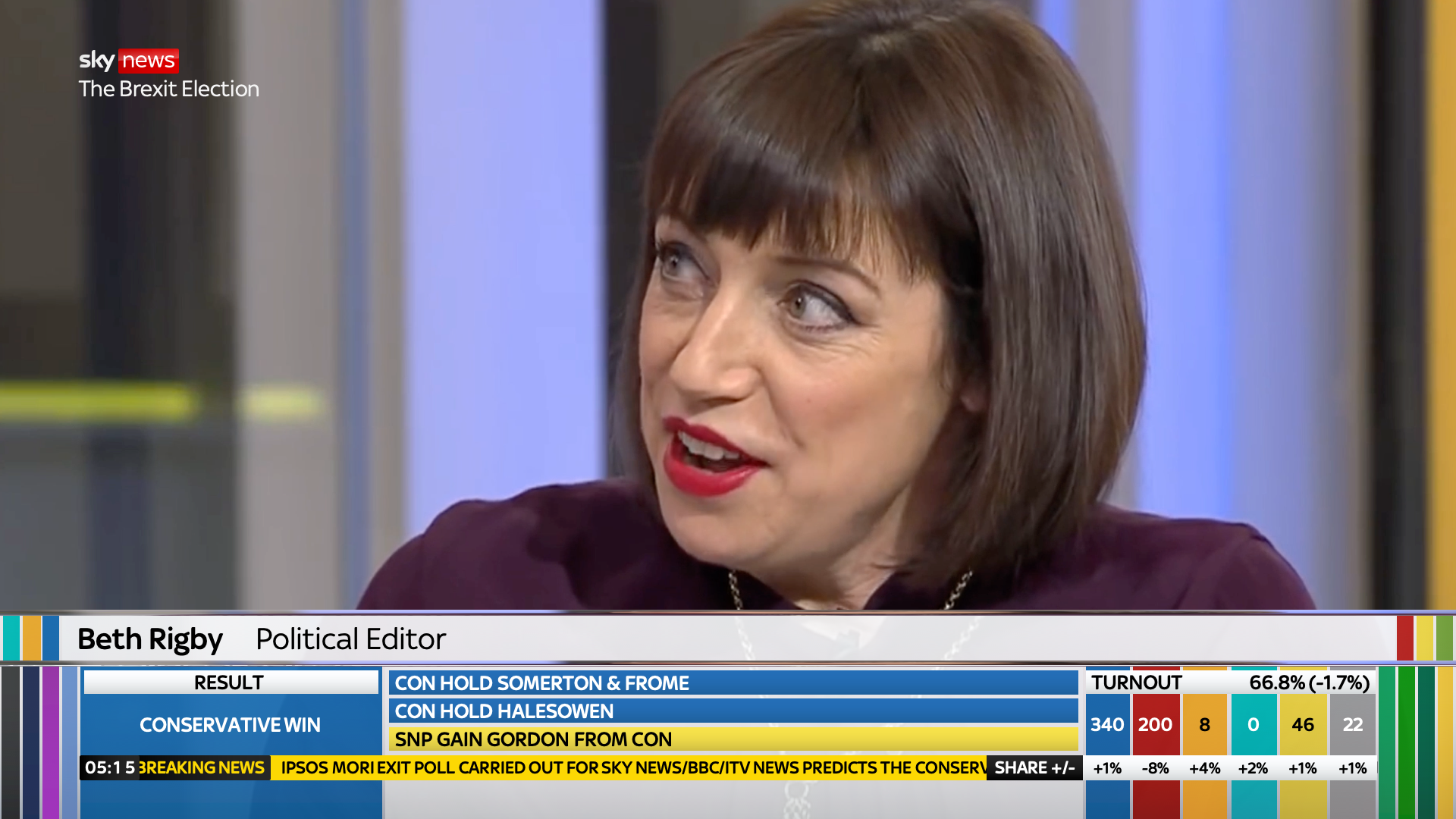 and to finish this post off, here's pretty much every channel logo adapted to the new style, as with my first Sky mock from a few years ago, I've reintroduced Sky Three, which means I have to figure out what to do with Sky Two. I've also altered the Sky History logo by taking the colouring from the gold logo and putting into the main background of the logo, however I would plan on using this in conjunction with the two black and white background logos.

I've posted it in a spoiler as it's a very long image, in addition to this very long post.

How and where did you get the Sky Ultra font?
PA
PATV Scunthorpe 8 May 2020 9:11pm
The numbers are taken from the countdown at the start of the Election Social, which I then cropped screenshots of to piece a image with all the numbers before vectorising it, so the Sky Ultra numbers aren’t technically a typeface, just shapes that look like Sky Ultra. The same applies for the letters, but with a Sky Crime launch trailer.

(I don’t want this to sound mean or negative, but I don’t think you needed to quote my original post, considering I made it quite long, it just adds a lot of extra unneeded content on the page, especially if someone is on a phone. Even just deleting the mass of the post to quote the specific part you want to know about would be better.)
VA
valley 9 May 2020 10:35am
Great stuff, interesting to see! Would be nice to see your interpretation of 2/3-way boxes as well perhaps?

The ticker, and the live bugs, seem rather small compared to what is currently used on the channel. And the blue on the ident is very SSN, but I like it.


No need for you to comment, when PATV Scunthorpe already did.
IT
Ittr 9 May 2020 2:17pm
I really like how this mock ties in with the new Sky channel identities and expands on it by giving the same kind of dynamic to Sky News as well as, in the logos, Challenge and History. Great job, 5 out of 5 from me.

DeMarkay posted:
No need for you to comment, when PATV Scunthorpe already did.

No need to be rude

DW
DavidWhitfield 9 May 2020 2:52pm
PATV - the only constructive feedback I can give you is to say that I'd be intrigued to see other little bits of supporting presentation like split screens and 'live'/'breaking news' wipes, but otherwise, I think this is beautiful work. Great attention to detail and clearly a huge amount of time and effort went into this. You should be very proud of what you've put together here.
JB
JasonB 9 May 2020 3:20pm
Ittr posted:
I really like how this mock ties in with the new Sky channel identities and expands on it by giving the same kind of dynamic to Sky News as well as, in the logos, Challenge and History. Great job, 5 out of 5 from me.

DeMarkay posted:
No need for you to comment, when PATV Scunthorpe already did.

No need to be rude

PATV had already answered Sh1ruba so there was no need for CabyBara to repeat what PATV had already said to Sh1ruba.
PA
PATV Scunthorpe 9 May 2020 3:58pm
Here's what I have for the Live and Breaking News wipes, essentially recoloured versions of my main wipe, these are the 'raw' versions without the additional masks that wipe them on and off, so the darker white is part of the wipe as well (on the main wipe, the dark white corresponds to the red, the lighter white to the blue, and the yellow/red to the white)

MW
Mike W 9 May 2020 6:38pm
I like these, and what I like is how looking back at your earlier work you've really tried to improve and the quality is superb! Constructive feedback works kids, if you're willing to listen.

That being said the static SN titlecards are a little, subtle, for want of a better work.

4.5/5 as the design side is there, now it's the finetuning and execution!

Keep it up
UB
UBox 9 May 2020 7:55pm
I think these are some fantastic designs. The only thing I don't like/irritates me is the way the image behind the straps is zoomed in like on the image below. I can imagine it being a bit distracting to watch. Apart from that amazing work! https://up.metropol247.co.uk/PATV%20Scunthorpe/SkyNews1.png