This site closed in March 2021 and is now a read-only archive
Previous Next
DC
DanielC 24 September 2016 9:20pm
Thanks for the comments guys, glad you're enjoying it

Neil Jones posted:
Clear sign I'm spending too much time on this to be slightly overjoyed at getting this score...
https://up.metropol247.co.uk/Neil%20Jones/sit.png

Ah I've just noticed a bug in that screenshot. It didn't cost you anything to post that item out

I'll add that to the list for next update.

The next update should be quite a bit smaller in size - I managed to shave off about 80MB by compressing the studio renders more. There are some noticeable compression artefacts in places but should make it a bit easier to upload and download.

ClarkToasti posted:
JasonB posted:
Had a play around of this and I am impressed DanielC!

In the early bid-up.tv blue graphics they sometimes showed a split of both the leaderboard and the bid again board with the arrow in the middle. This was before they added the yellow strap.


DId he even add the early Bid-Up.TV graphics?

The game has graphics from 2003/4 through to 2010. I did think about adding the earlier ones but decided to set it from when they had the yellow strap onwards.


Critique posted:
If you need anyone else to test feel free to drop me a message! Did try to run it using an emulator on Mac but (as is really to be expected) it didn't start, because it couldn't change the screen resolution to the one it wanted to upon launch, like it would be able to on a PC.

That would be a great help, thanks! I'll try a couple of things then I'll drop you a message

Hmmm not sure why that's happening. I'll try uploading it to my google drive and send you the link in case it's some problem with the host.
MP
ManicPumpkin 24 September 2016 9:24pm
I am the God of price dropping 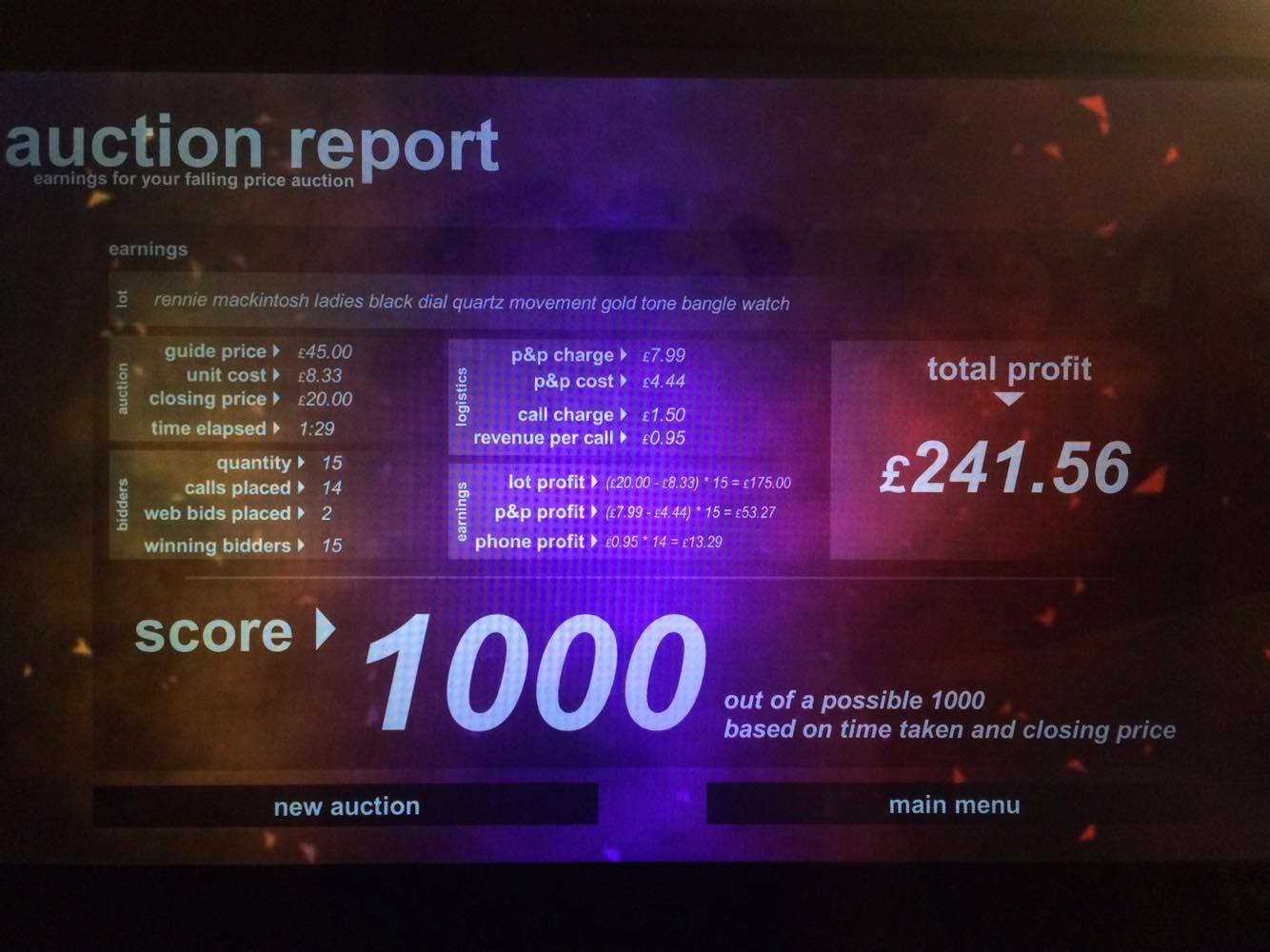 JB
JasonB 24 September 2016 9:44pm
Daniel, will you include the final price-drop and bid studios from 2010 and 2012 and the August 2011 graphics (the chevrons) in a future update?
SC
scottishtv Founding member 25 September 2016 2:13am
ManicPumpkin posted:
I am the God of price dropping

I'd rather miss the time targets, and instead slowly and steadily rip off my viewers - making *so much* more money along the way.

Not entirely sure at the moment, not straight away as I'd like to spend some time getting a couple of unrelated projects further ahead, but maybe one day I'll put them in.
MP
ManicPumpkin 25 September 2016 9:11pm
Daniel you should be really proud of this. Clearly a lot of thought, love and effort has went into it and it clearly shows. Well done.

However you should be expecting an email from my University lecturer about why I haven't done any work this weekend. The blame rests entirely at your feet.
JB
JasonB 25 September 2016 9:39pm
I am still very impressed with this. I spent last night on Speed Auction and getting excited like the auctioneer used get when somebody took over the current high bid on the leaderboard.

ManicPumpkin posted:
However you should be expecting an email from my University lecturer about why I haven't done any work this weekend. The blame rests entirely at your feet.

JasonB posted:
I am still very impressed with this. I spent last night on Speed Auction and getting excited like the auctioneer used get when somebody took over the current high bid on the leaderboard.

Glad you're enjoying it! I kept on going back and forward to the rising auction simulation part - was never sure if I got the bidding speed right.
TV
TV forumer 27 September 2016 1:35am
It probably would have been a nightmare to implement but the ability to have your webcam appear behind the graphics would have been brilliant 😂
DC
DanielC 27 September 2016 9:31pm
Ah, interesting suggestion. Working on it for the next update

JB
JasonB 27 September 2016 9:42pm
The bidding system is works well. I've had occasions where it goes quiet for a long period then as i'm about to close the auction you get the odd one or two last minute callers, just like they used to on tv.

This was first archived on 6 January 2021