This site closed in March 2021 and is now a read-only archive
Previous Next
MW
Mike W 30 June 2019 9:59pm
Please barewith me on this, I know there's loads of BBC News Mocks (of which I've probably created a fair few...)

So 2 weeks ago, with the impending launch of Reith across BBC News output I wanted to think of ways to improve on or change the current BBC E/R News look whilst tying into the master brand. I came up with a basic premise for an endboard quite quickly. Using only AfterEffects I came up with these.

This is the sketch btw, I am no artist so I apologise! It was a simple map it out before constructing the template in AfterEffects:

For the benefit of newer mockers, give this a go first - I tend to find it helps me get my barings with the software and where I'm going.

The first image, based on a sketch and drawing inspiration from the North West Tonight titles and the original Lambie-Nairn 2008 look was this: 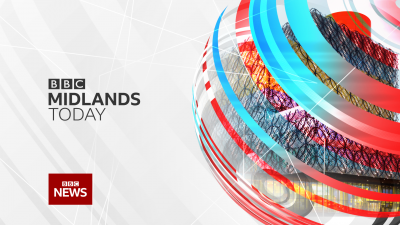 I felt that leaving the white behind was probably another step to take (interestingly, and inspired by Nottingham's 'East Midlands Tonight' I went with darkening the colour scheme) 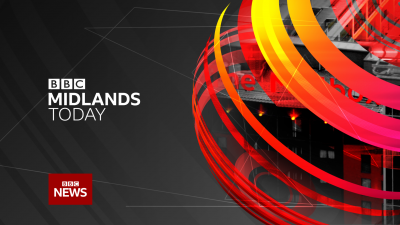 However felt that this was too dark, and with the orange and red quite jarring (the orange and red was seen by me as a 'Breakfast look' - despite the fact titles haven't been used on the breakfast output for a while). 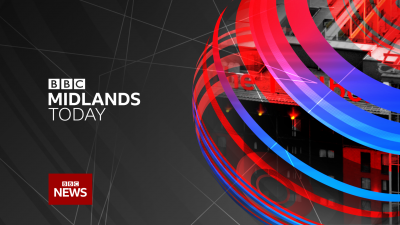 Changing the colours I did like the darker scheme but it felt stuck in 2003 and the clamshell,look, and didn't suit the magazine nature of the English Regions output

So I settled on this 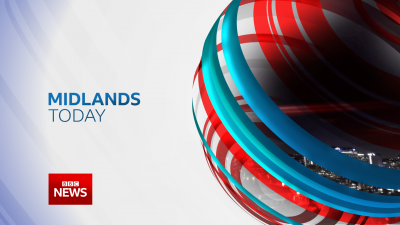 A blue tint to the backdrop and a slight gradient to the text and BBC News 'lozenge'.

Taking this idea into animation I came up with this short endboard (full titles are in AE but struggling to render due to me using an old laptop at the moment).


So as AxG has said above, this was an interesting debate I had with myself - I was thinking blue for lunch, warmer tones for the main titles and dark mode for the late - I went off the idea when I couldn't pick colours I liked.

I am open to suggestion, it is relatively easy for me to change the colours (maybe not to render on this hardware!) so whatever you would think looks good I'll give it a whirl and see what happens.
AN
all new Phil 1 July 2019 12:31am
Great work - I think your first one looks best to be honest. The colours work well on it.

The BBC logo in the red box could be bigger but looks pretty good.
AL
AaronLancs 1 July 2019 10:31am
Brilliant concept, like the idea of amalgamating several ideas from throughout the current look and previous looks. Kepp it up as I can't wait to see how it turns out.
CR
Critique 1 July 2019 4:18pm
Paging VMPhil for comments about the use of a gradient near a BBC logo!

I agree with the sentiment of others so far that the first concept is quite nice as it is, but I do think the final design you've gone for with Midlands Today in blue and the slight gradient on the text is very nice as well, although I'm not a fan of the gradient on the BBC News box. I'm less sold on the ones with the dark grey background, which I imagine wouldn't come out looking that great on some of the washed out rear projection screens some of the regions use!

I think the idea of using different hues but keeping the white background would work very nicely (eg changing the blue tint at the edge of the frame to an orange for breakfast/lunch etc). Interested to see how this progresses!
VM
VMPhil 1 July 2019 4:25pm
Critique posted:
Paging VMPhil for comments about the use of a gradient near a BBC logo!

I’m that predictable, am I?

I would only be offended if the BBC logo itself used a gradient. I’m fine with the box having a gradient, and it looks quite nice, actually. Makes a change from the flat box design that's been in use for more than a decade now.

These are of course the Official VMPhil BBC Mock Rules and you will be banned if you don’t adhere to them.

MW
Mike W 2 July 2019 12:59am
Currently working on a 'Midlands Breakfast' sting, based on the above Endboard - not sure how it'll turn out. Will post it here once rendered.

I'm trying to revert the colour scheme to option one

Breakfast will have the orange hues used on the main Breakfast programme
Lunch will use the light blue
Evening will use the reds (hint of blue backdrop)
Late will be dark blue, with night time footage.

The title sequence is being messed around with too, I'm planning a mixture of elements.

The opening shot will be the 'globe' animating with a UK map within it, from the map numerous 'transmission rings' (I think they were called that) pulsating from the Midlands area, then onto a spinning globe containing footage, to another map based globe with some of the 1999 inspired elements within it.

Best way for me to render it at the moment will be shot by shot then a final edit of the composited material to one long sequence, this may have to wait until Thursday when I am off work.
BR
Brekkie 2 July 2019 5:48pm
Nice effort. With the BBC so reluctant to ditch this look I think it needs more than a few tweaks here and there and bringing in a bit of blue with the red works nicely.

Not sure on the font though.