This site closed in March 2021 and is now a read-only archive
Previous Next
MW
Mike W 18 November 2012 4:25pm
Critique posted:
Indeed, good improvements. I think the new animating pulse-thing in the Breaking News strap stands out a bit too much, though. Not quite sure what you could do to it before it's unnoticeable and thus pointless.

And yes, what I was saying earlier, is I couldn't actually read the text - I wasn't sure if there was anything there, or just my eyes!


That was my plan! I mean um, no it's one of them where it looks good in the edit and design but get it on screen (as I just did) and you see how rubbish it really is!

Might subtly drop that idea OR make it static and white.. 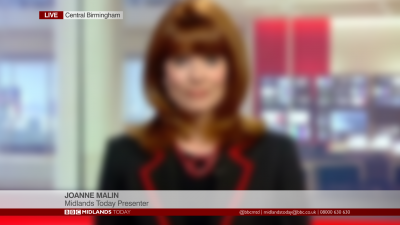 The red text was so illegible that I didn't even realise it was there until it was mentioned... Now that it has been addressed, it's much better in white.

I must be looking at things with an 'SD eye' so to speak. I'm used to viewing graphics with those sorts of sizes and proportions for the most part. This could be why the text, in my view, just intuitively still appears too small... I sense it might look better if it was tad larger all round.

But, it depends on how it will be seen by the viewer on screen. It's nice on my PC in the HD sizes - but if I still had this display connected via composite to my CRT, that would've been interesting to test!

BR
Brekkie 19 November 2012 9:52pm
Looks rather nice, though I think now is definitely the time for the BBC to begin dropping 4:3 safe zones and moving out to 16:9 - though perhaps in reality keeping things 14:9 safe so everything isn't dragged right to the edge of screen, but at least isn't floating a quarter of the way in.

I think we've moved on quite a bit since News 24 expermiented with their clock outside of the safe area - F1 moved all their graphics this year and can't say I've seen a single complaint about it.
NI
Nicky 19 November 2012 10:49pm
I agree - nice designs, Mike. It would definitely help to increase the size of the text a tad more, and perhaps follow Brekkie's suggestion of moving to a 14:9 safe area. Perhaps shifting the aston text a bit more left so it can be aligned with the edge of the "LIVE" box? Good work all the same.


Had a final go, better or worse?

Also going to make another graphic Midlands Today use; 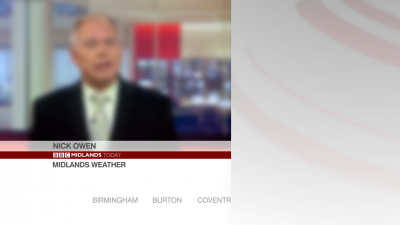 Signer screen!
NI
Nicky 20 November 2012 1:30am
Very nice indeed - much neater and the text looks less awkward than your other versions. Well done!

CH
chris 20 November 2012 11:33am
BBCNicky posted:
Very nice indeed - much neater and the text looks less awkward than your other versions. Well done!

I agree. I think the live BUG looks much better in the latest video too.


I know exactly what you mean, I did try that at one point but it got a bit distracting!

I think any animation would have to be very subtle, as astons serve as more than just branding!
AL
AaronLancs 27 November 2012 4:12pm
Mike W posted:
AaronLancs posted:
Maybe if all the regions have a 'ticker' what about if they feature all of the names of the places mentioned in the title sequence. therefore connecting the programme to the places they broadcast to. Similar to this from 2007 with BBC North West Tonight:
http://hub.tv-ark.org.uk/images/bbc_northwest/bbc_nw_images/news/bbc_nwt_sunday2007b.jpg
Source: TV Ark (http://www2.tv-ark.org.uk/bbc_northwest/news.html).
Re: Blackburn - Ulverston - Salford - Liverpool - Macclesfield. That type of thing.


I know exactly what you mean, I did try that at one point but it got a bit distracting!

I think any animation would have to be very subtle, as astons serve as more than just branding!

I see where you are coming from just it would be interesting to see a still if you have one.
SR
SomeRandomStuff 28 November 2012 5:21pm
If it shows no information, whats the point of having a ticker?

If its included in the title sequence, a la NWT, that's fine, but wholly unnecessary anywhere else.