I noticed when watching Question Time that the set, titles and graphics were still using Gill Sans, so I decided to bring the new BBC Reith font and a new set of bright blue and purple colours to the programme.

Here is the new logo: 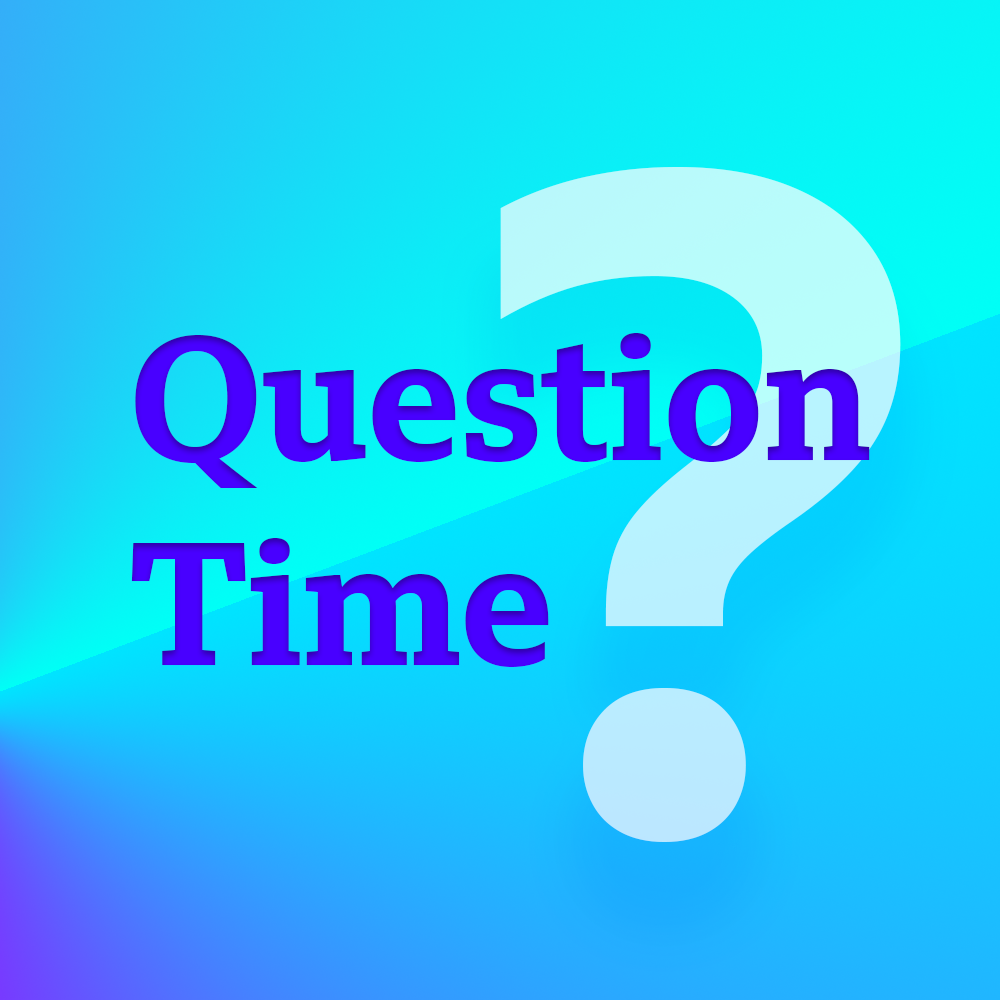 I wanted a brighter set of colours so chose a light blue, a sky blue and a hint of purple. The logo itself has an inner shadow in purple. I think the question mark in the background adds something to it, I don't know, I just like it.

Here is the new lower thirds: 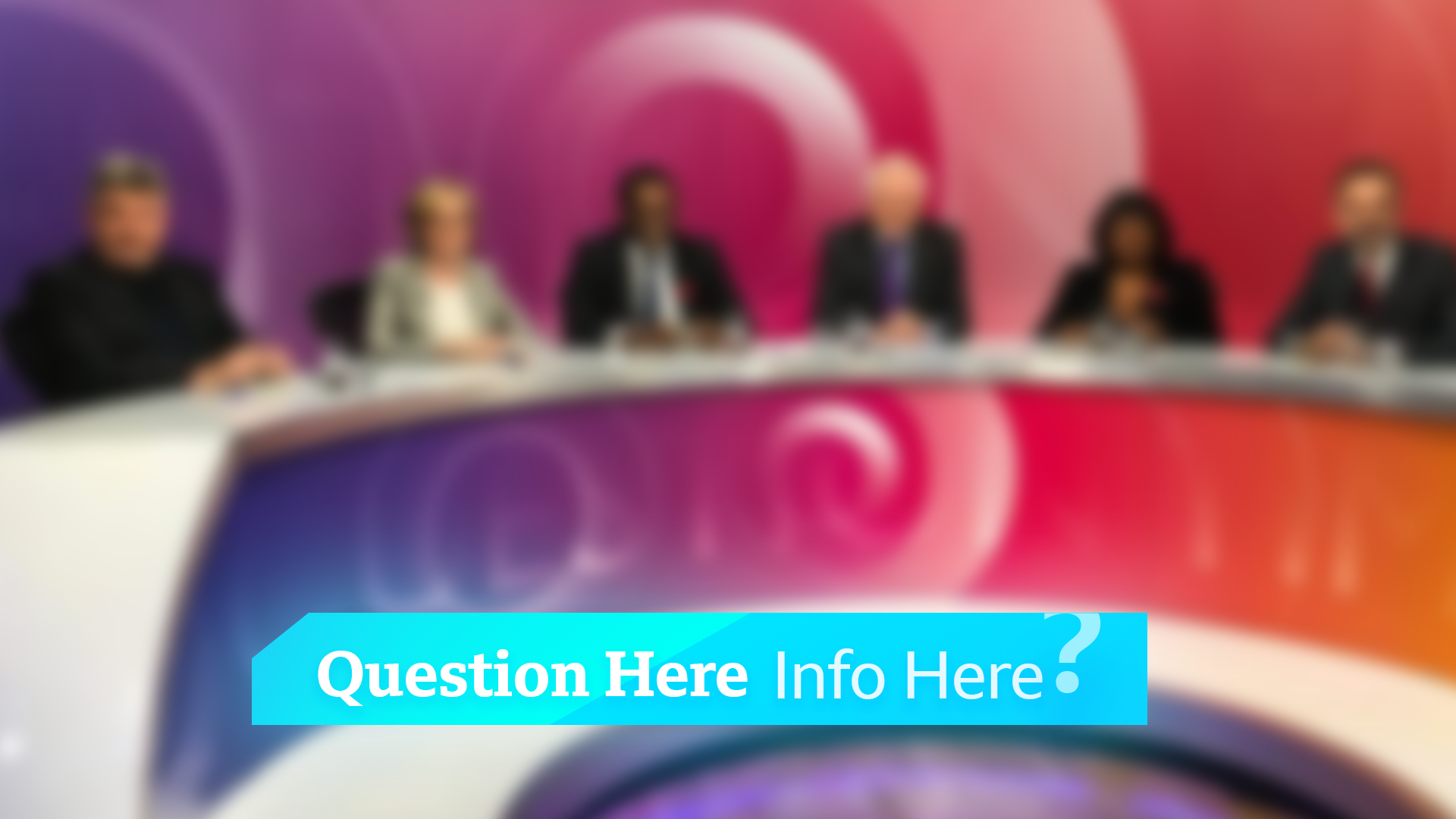 I stuck with the colour scheme, in the image uploaded itself the set is in the original colours, which doesn't do it justice. I kept the question mark and made sure to stick with the 'headline in serif, info in sans' 'rule' from BBC News. 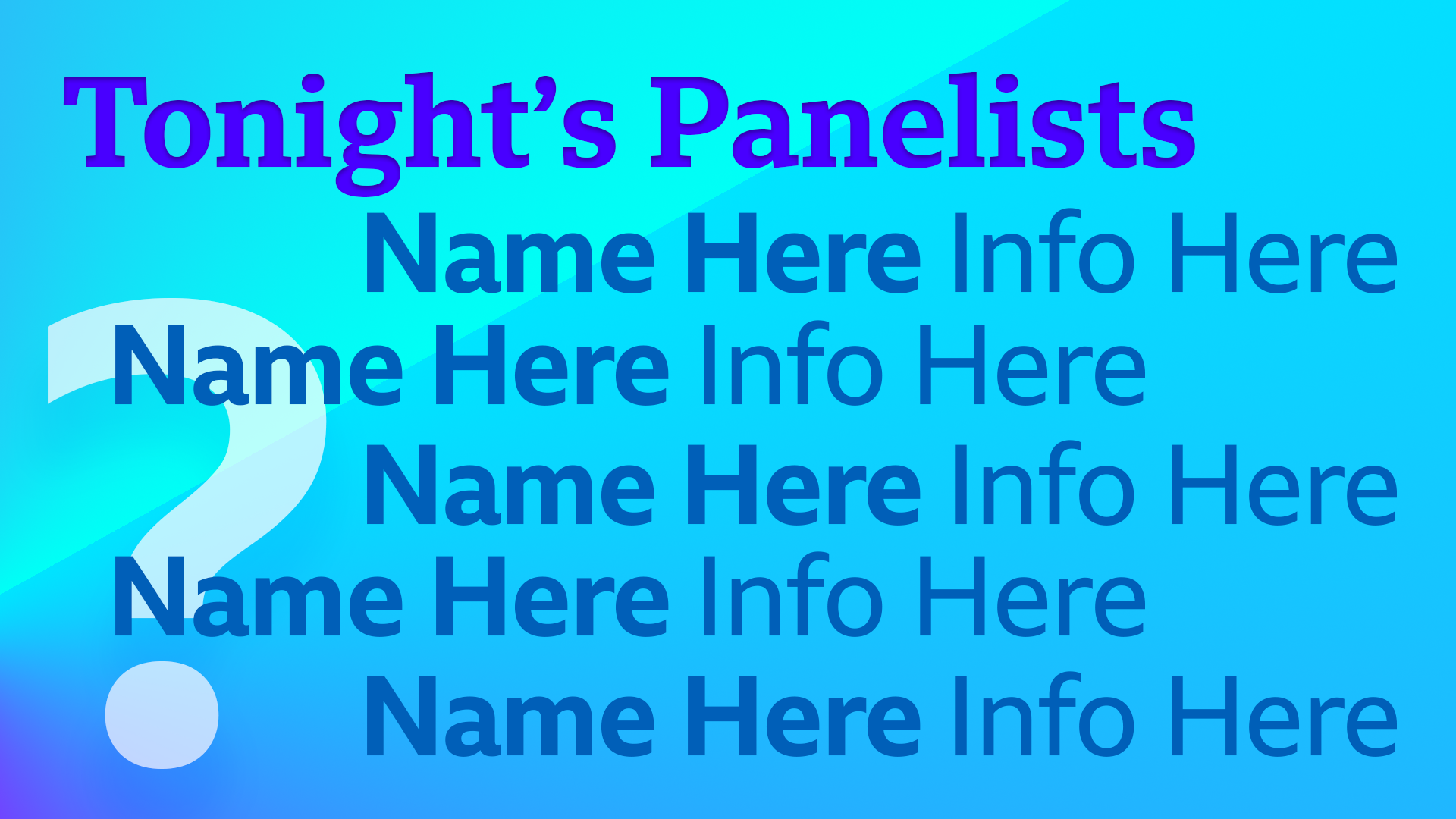 Here I use a darker indigo blue as I felt the purple and sky blue was too hard to read and being overused. I stayed consistent by overlapping the panelists' names with the question mark.

Here is the end slide: 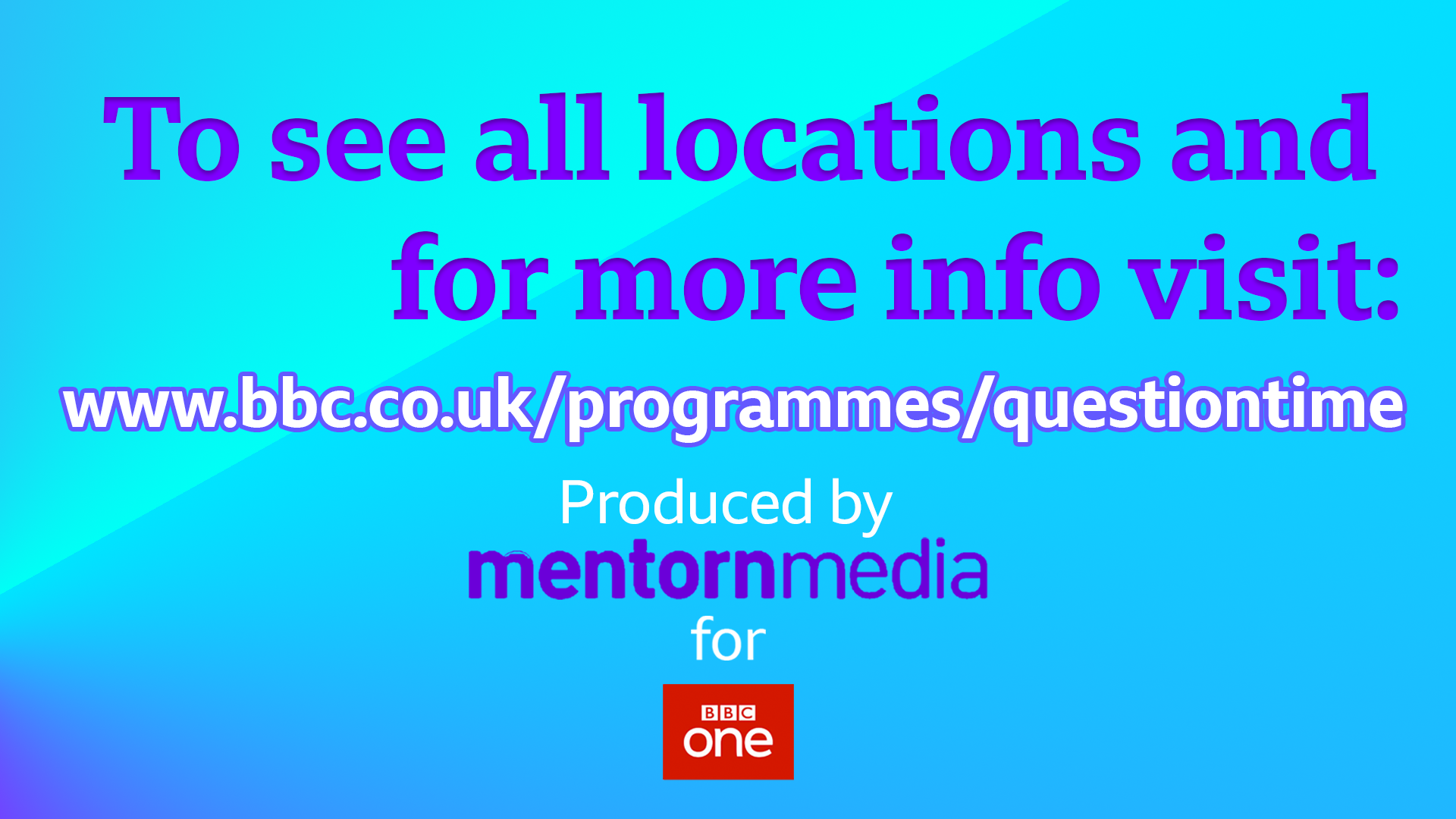 The end slide is different to most end slides with just the production company and channel as it has the URL for the show which I feel is much more informative. A lighter purple is used here, as I couldn't decide which one looked better so mixed them.

Here are the opening titles:

These are probably the weakest part of the rebrand, I struggled as I don't have Adobe After Effects. I like the idea of the titles, with the location names being included and also the name of the host. I also feel the dramatic speed of the titles fits with the iconic theme music.

I hope you like my first (proper as my other was terrible) mock and I look forward to receiving feedback!

NJ
Neil Jones Founding member Central (West) Midlands Today 27 July 2019 11:53pm
First thing I would say is the endcap would never have a URL like that because, well, see the BBC Commissioning guidelines for a start. The "we'll be in <somewhere> and then <somewhere else> after that" stuff should be part of the programme itself, not on the end cap.

Capybara Granada North West Today 28 July 2019 3:18pm
I feel the colours are very bright for the programme, considering that it is broadcast at 10.35pm, much in the way I am blinded if I ever try to watch ITV2. The text seems oversized in some places, especially the Panelist list, and the Question lower third would most likely not fit the question.

However, the mix of Serif and Sans works well, and the difference in weight helps to differentiate the emphasis well.
Aspiring continuity announcer.
NJ
Neil Jones Founding member Central (West) Midlands Today 28 July 2019 10:55pm
0w3n posted:
Any feedback on how to this improve the mock

As to a version 2, I suggest you amend your version 1 in line with the comments you've already been given before you start on version 2.

52 days inactive - I doubt this needed responding to again. You should probably just use the star-rating function instead for this as you haven't even added anything constructive - we all know Question Time needs updating to Reith.
Aspiring continuity announcer.