Some bits and bobs that haven't been shown before 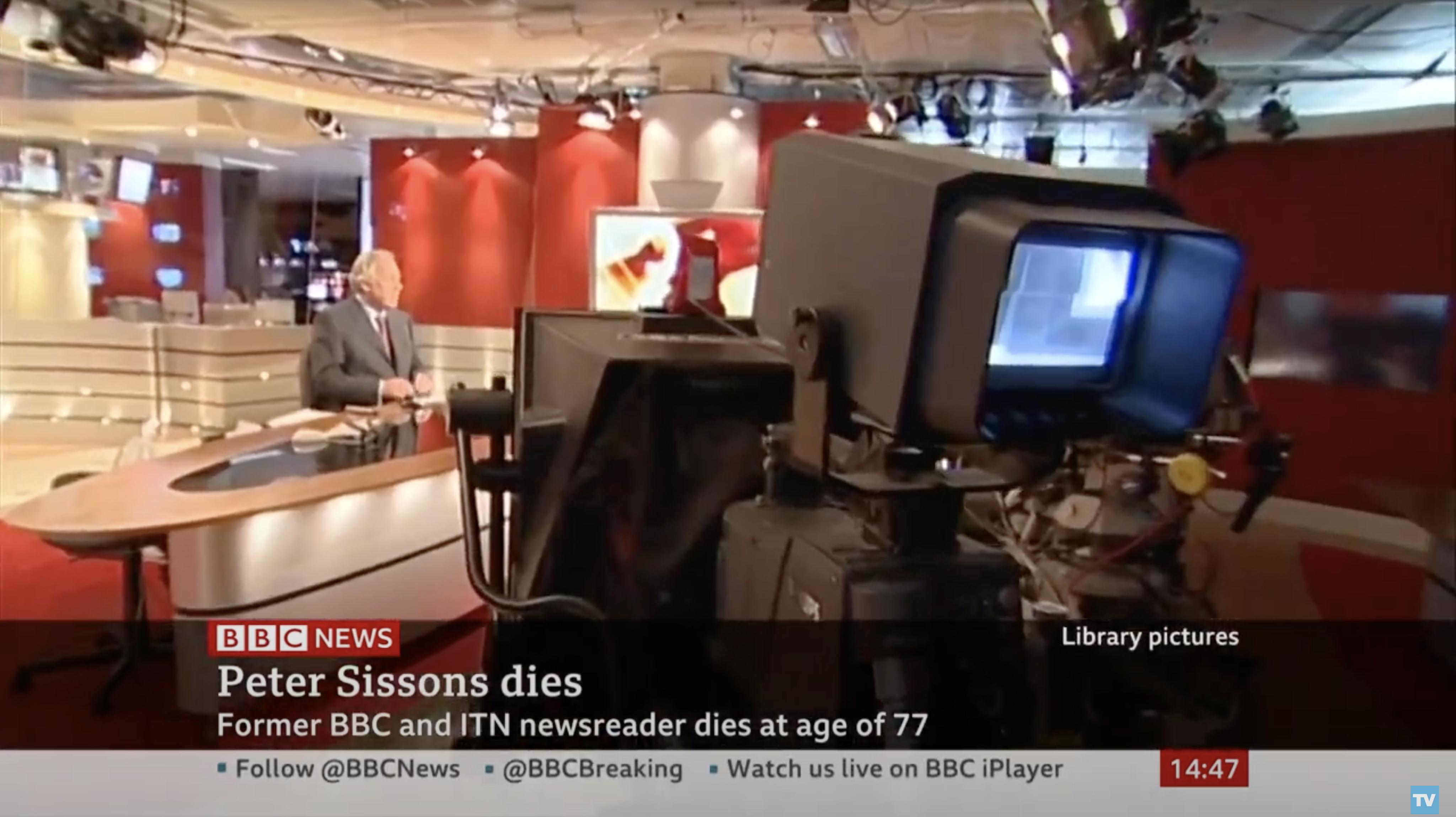 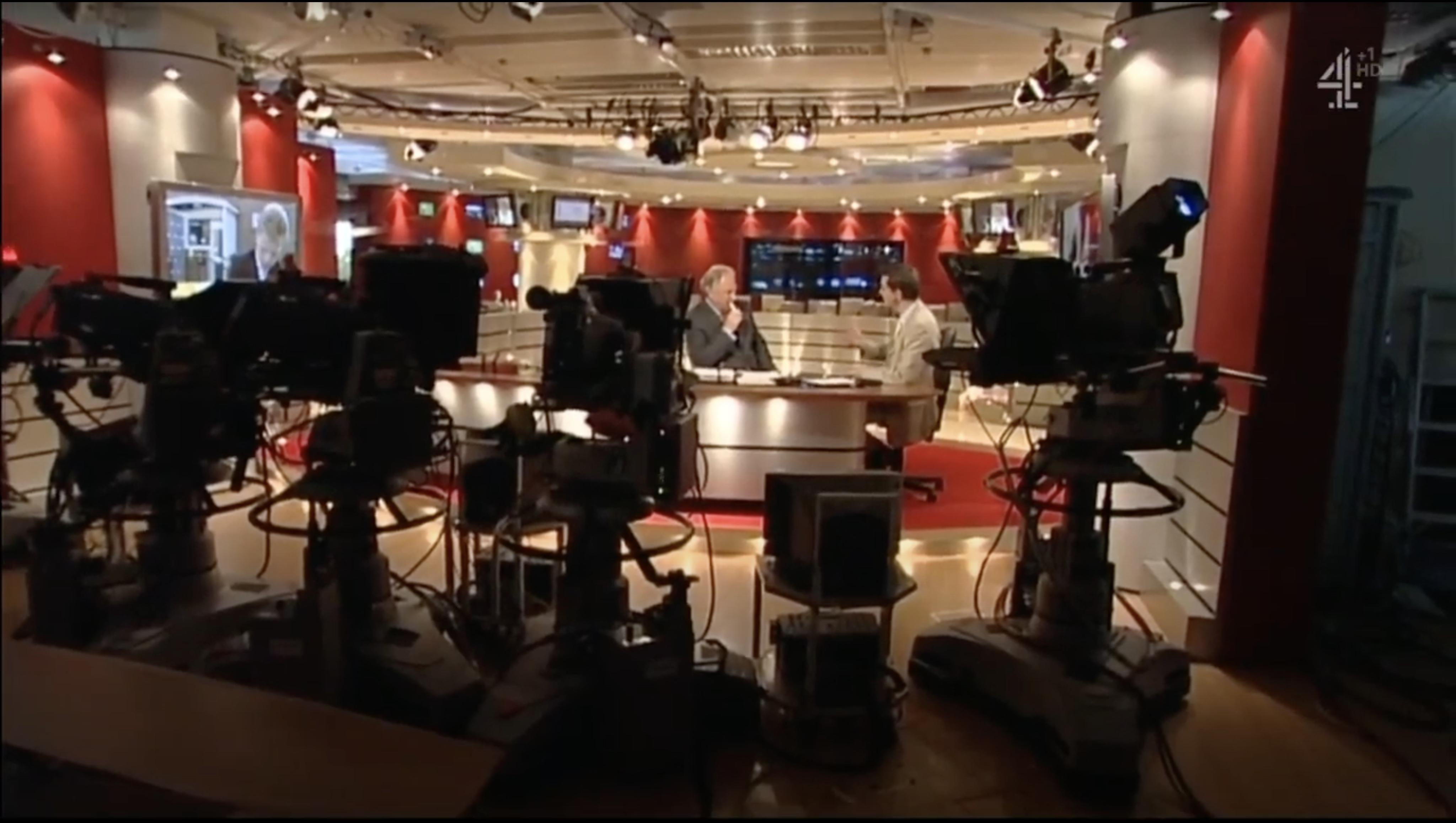 Here is the image. Sorry if it is not uploaded directly and you'll have to go through Google Drive.

P.S. I've checked through preview and the link works.

Here is the image. Sorry if it is not uploaded directly and you'll have to go through Google Drive.

P.S. I've checked through preview and the link works.


It's asking me to request access.
TV Live - The home of TV presentation.

After searching for the image on Google, it belongs to a design group called Paul Mullins Associates. 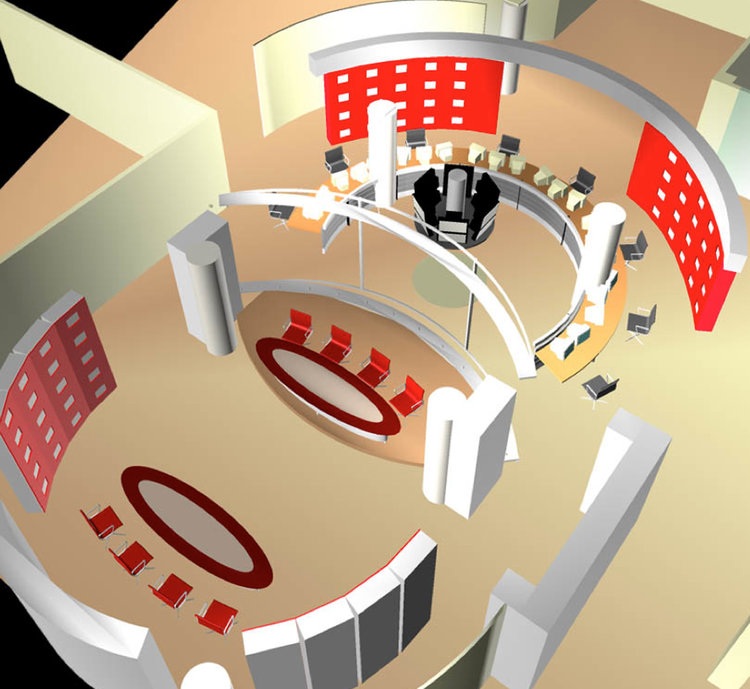 Hope this helps
Last edited by AaronLancs on 14 October 2020 5:54pm
DT
DTV Meridian (South) South Today 15 October 2020 12:59pm
Those are some great finds, although I had already seen the design outline. But, always interesting to see which elements get changed from design to construction.

I'd forgotten about the possibility of library footage, although, like the BBC photo library, most of that is inaccesible to the public.
DT
DTV Meridian (South) South Today 15 October 2020 9:35pm
I've tried to compile a list of all the differences between the original (1999) and later (2002) versions of the N8 cream and red set. So far I've got:

- Painting of side panels red, with additional panelling on lower third and uplights added.
- Removal of screen stack in centre of newsroom and replacement with smaller stacks on the two columns (+ additional circular bits on top of newsroom columns with more downlights)
- Removal of glass doors at the rear of the newsroom and replacement with smaller gap.
- Covering up of newsroom alcove behind the newsroom set with fake gallery screens.
- Replacement of panelling on the second set.
- New larger plasmas on the two side columns.
- Additional uplights added to central newsroom desk.

Have I missed anything?
DT
DTV Meridian (South) South Today 16 October 2020 7:19pm
Just another update - still in 2D stage for the minute. 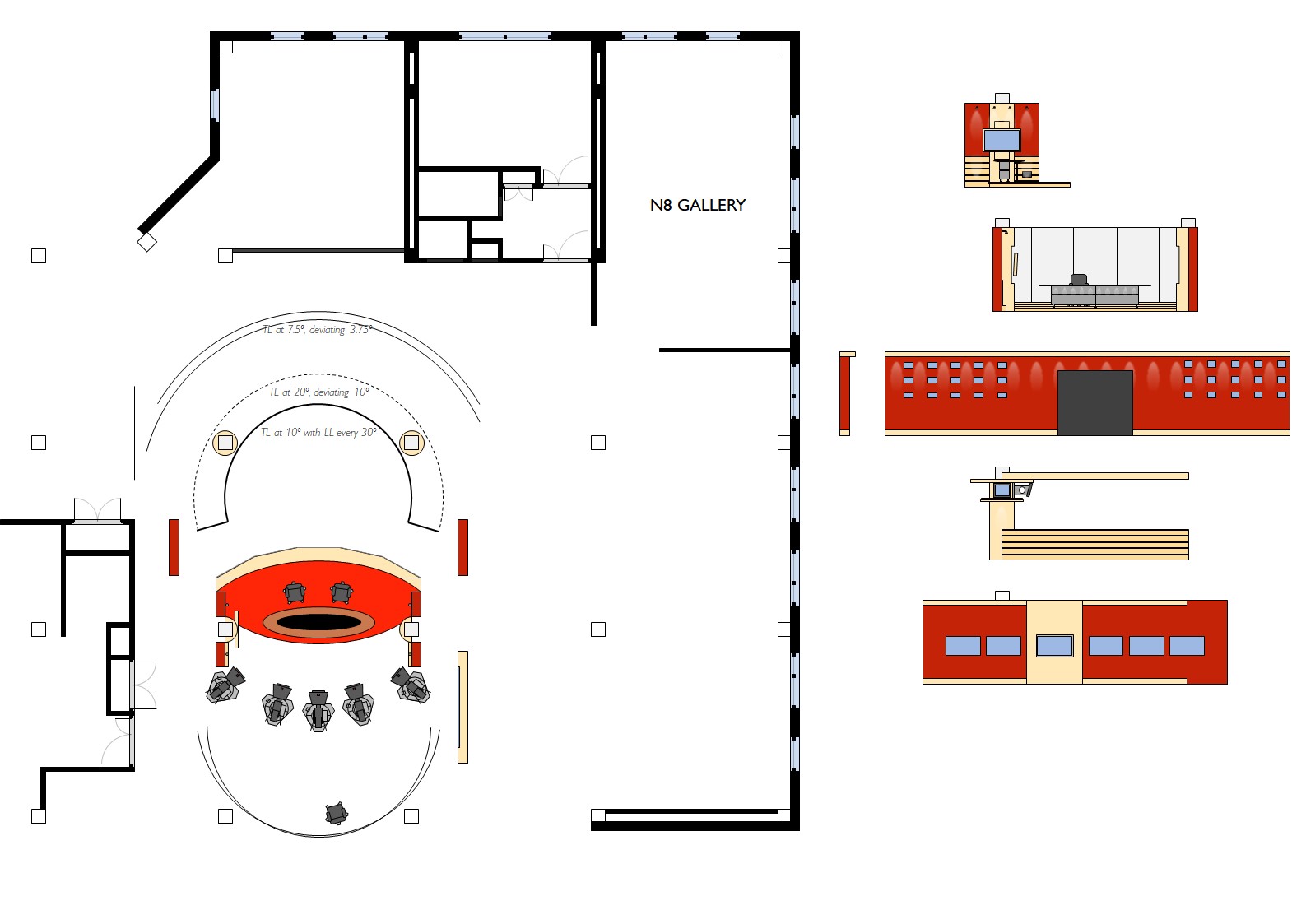 I'd say it's nearly there, my main issue is the rear of the rostrum - very difficult to get the curvature right.
DT
DTV Meridian (South) South Today 20 October 2020 8:52pm
I've started work on a rough 'notepad' SketchUp model.

I'd say that most of the dimensions are roughly correct. The real issue is still the large newsroom desk - I think it needs a smaller radius. I'm also conflicted about the backwall - 6m radius was my first instinct, but a slightly smaller 5.73m radius means that 1° = 0.1m - which would surely be too tempting for a designer to avoid.

Although I'm quite liking how this is shaping up, I do wish I'd picked a simpler set for my 'return' to mocking and my new planning process!
Last edited by DTV on 20 October 2020 8:57pm
DT
DTV Meridian (South) South Today 24 October 2020 12:37pm
I would say I've nearly finalised the 2D plans, just a few problem areas still to solve - but it should be ready for construction to begin soon. 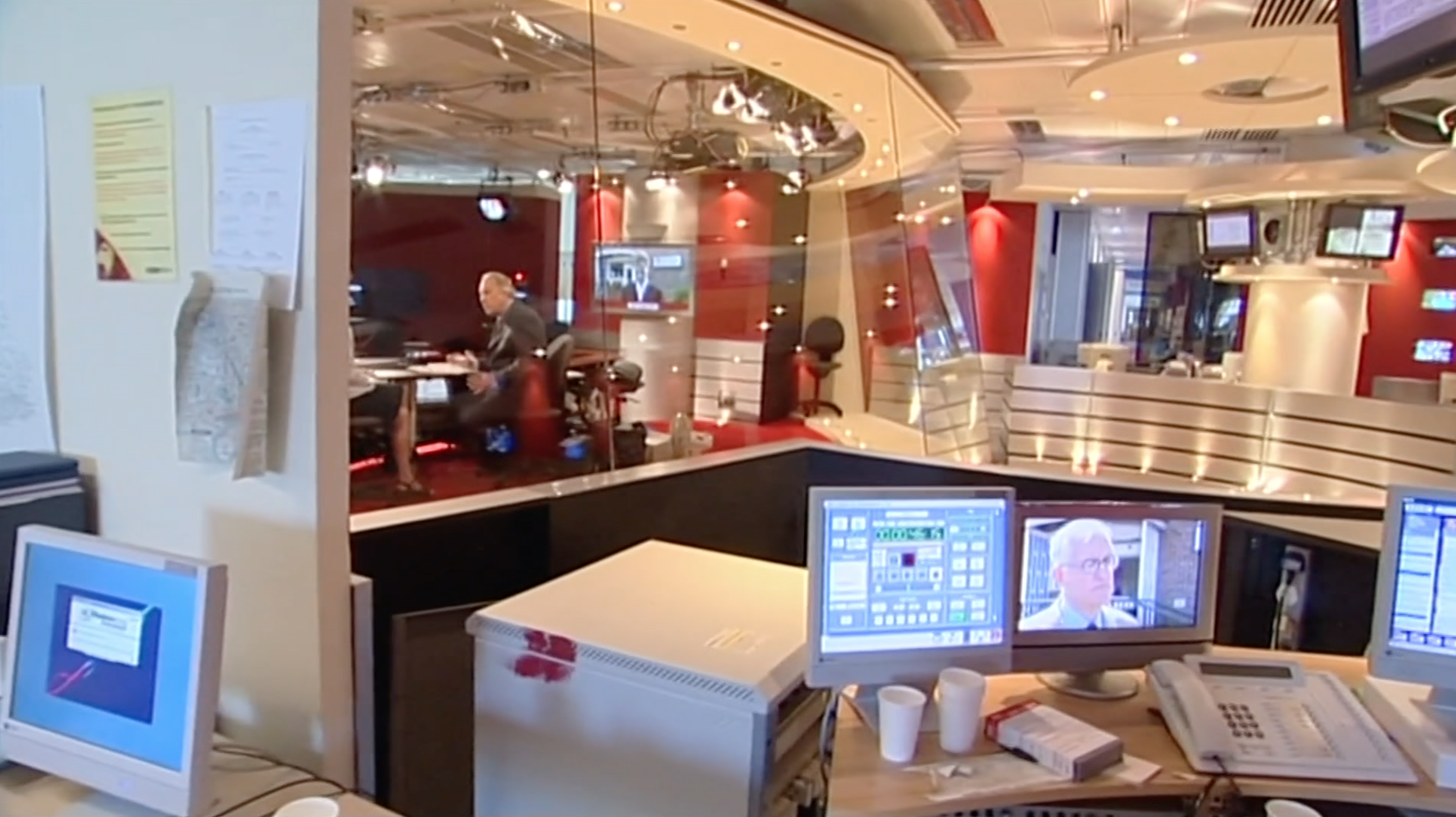 DT
DTV Meridian (South) South Today 5 November 2020 4:49pm
That is an amazing and unbelievable find. It answers so many questions. Thank you.