I'm not trying to top Lambie Nairn with this "mock", so spare your critiques. (I stress, THIS ISN'T A MOCK. I'm asking if anybody thinks an "outdated" logo would more up to date if it were tweaked.)

I've always been fond of the 1989 ITV logo, but I know many considered it old-fashioned by the time it was replaced. I figured most of it was down to the serif-esque lettering (and maybe the lines in the V but that's for another discussion) so I went to see what it'd look like if all the edges were filed down and straightened to make the logo a little more streamlined...

I always thought the 1989 logo gave ITV a much stronger and confident image than its successors and it's a shame so many logos even outside of broadcasting seem to try and come across as friendly as possible. Does anybody think this version would pass today? Or is ITV too "soft and friendly" for capital letters nowadays?
Last edited by Larry the Loafer on 3 April 2015 10:31pm


Again, as I've mentioned, I haven't made this as a "mock". I was looking to see if anybody thought the logo looks more "up to date" if the lettering was straightened and didn't look as (so-called) old fashioned.
FI
FrancisIdents Central (East) Look North (Yorkshire) 3 April 2015 10:50pm
Sorry but it doesn't work. With the serifs it looks old fashioned, without them it looks unbalanced and just odd.

Good attempt, I'm not going to rate it though as it's just an experiment.
DB
dbl London London 4 April 2015 3:40am
Still wouldn't work, its too awkward for today's demands of a logo.
MF
MatthewFirth Meridian (South) South Today 4 April 2015 3:17pm
It's a nice try. Would probably better suit as an earlier version of the 1989 logo than a later version.
BR
Brekkie Wales Wales Today 4 April 2015 5:56pm
Always been a fan of that logo but think you have to think about how it would have evolved rather than jumping to today.
Be nicer and more tolerant to each other. Them's the rules.
MF
MatthewFirth Meridian (South) South Today 4 April 2015 6:06pm
I would certainly like to see how it would evolve.

Michael 5 April 2015 5:03am
Sorry to hijack the thread, but it's 5am and I'm suffering with my usual bout of insomnia that comes with working late shifts.... so I had a stab at this concept myself armed only with Powerpoint and a lack of imagination...er... I mean a passion for simple design.

Inspired by HTV 1993, I put a gap between the letters and made the V its own character, reversed and increased the white gaps.

Then for a bit of a laugh I tried to recreate a 1998 hearts ident template to see if the logo would scale. Limitations of Powerpoint aside, it does, just. Perhaps less gaps in the V....

(EDIT: did this from memory without looking up the actual idents, and realised I've got the colours wrong. Meh.) 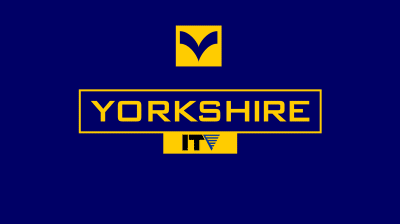 Designs by Larry the Loafer