This site closed in March 2021 and is now a read-only archive
VM
VMPhil 25 March 2021 6:03pm
Many years ago there used to be a site called Afternoon Programmes Follow Shortly. It was a mock site but the galleries presented an 'alternative history' view of TV channels. For example, what if BBC3 launched in 1973? What if ATV continued into the 80s and beyond? Stuff like that.

A few years ago I came up with what I thought was so good an idea I had to create a mock for it. The simple premise is that ITV's 1998 rebrand would be based entirely on the ITV2 logo: a block sat atop the main ITV logo with either the regional logo or a hearts animation (as seen in the unused idents).

Ultimately I realised that this concept had limitations, so I ended up explaining these away by saying certain ITV companies changed elements of the unified design (like they did in real life!) or dropped them entirely. I got so carried away with this that I basically created my own APFS gallery, years after it shut down.

I have never posted it because I am not the most skilled mocker and a lot of the images are basically the same just with minor changes. But now that this place is closing, I have decided I want to share it on here in the hope that at least one other person might like it. So here it is, my alternative 1998 ITV rebrand.

In 1998, a brand new ITV logo and identity was introduced that would see a complete change in the way ITV presented itself on-screen. With the impending launch of digital television and more choice than ever before in their history, it was decided to scrap regional names on screen in favour of a single ITV brand identity across the country. Regional logos and names would be relegated strictly to regional programming and news, including idents. All other networked presentation was to be ITV only.

Several ITV companies rejected this proposal, including both Scottish & Grampian TV who introduced their own unified look in 2000, as well as UTV and Channel Television. Channel took the new idents but modified the soundtrack and altered the endboards to include a much larger and animated Channel logo. Granada-owned LWT took on the new identity, but LWT announcers didn’t want to ditch their own name and logo, and kept using it for all programming, networked and regional. LWT eventually dropped the corporate look in March 2000 in favour of a separate identity to compete with Carlton, after protests from LWT announcers about the suitability of the idents for their programming.

Carlton also rejected the new look, opting instead to retain their name and introduce a brand new look designed by Lambie-Nairn, based around the idea that if ITV is TV from the heart, then Carlton is the star of the ITV network. Central and Westcountry were also rebranded as Carlton to form a Carlton ‘mini-network’ of regions. These idents also featured the ITV logo, but again, much smaller in comparison.

Above: ITV, ITV2, and regional logos. Granada-owned regions received single colour treatments including LWT; UNM however insisted on full colour logos for Anglia and Meridian. (This was not a problem for HTV as the logo was single colour anyway).

The new network-wide ITV branding launched in September 1998, one month before the launch of digital TV, and so were also produced in widescreen. On analogue however they were broadcast 4:3 full screen. 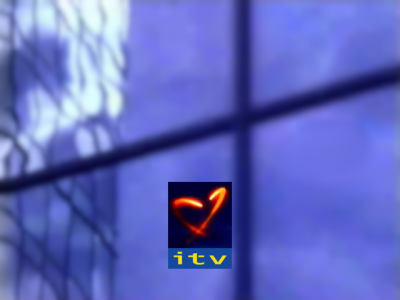 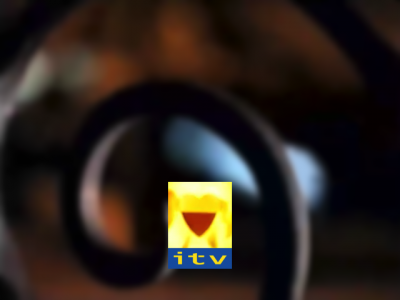 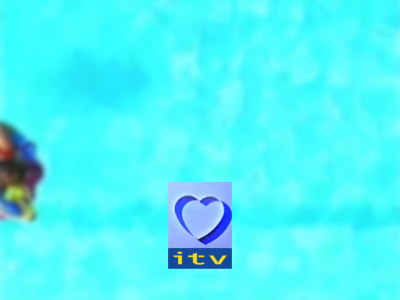 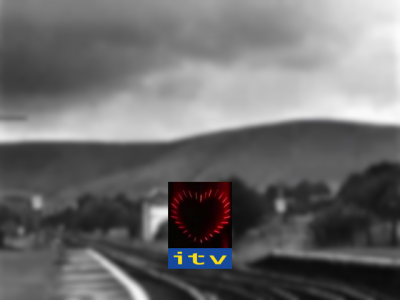 Sometimes a menu was overlaid on top of the end of the ident. This can be seen in the second video example below: 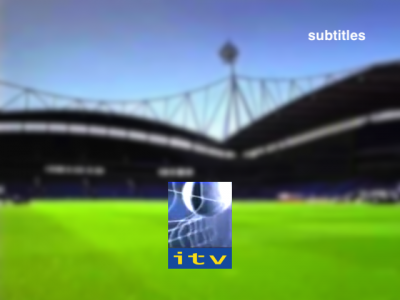 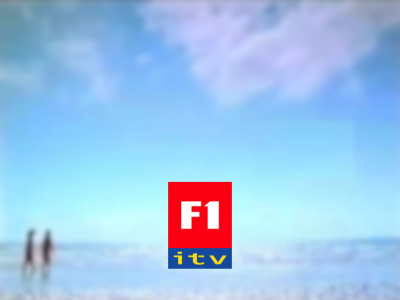 Above: Football stadium ident. This was a regular ident, but more often than not was used to introduce football coverage. As seen here, when sport coverage was being introduced, the usual revolving animations of hearts was replaced with a short animation representing the sport about to be shown. F1 was the exception and used the ITV F1 logo. Also shown here is an example of the ‘subtitles’ tag used in favour of ‘888’ after the introduction of digital TV. 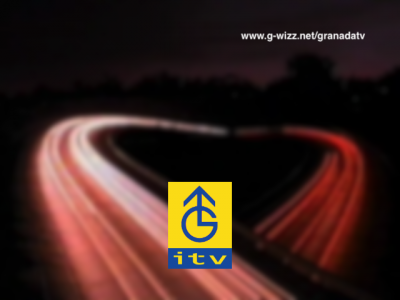 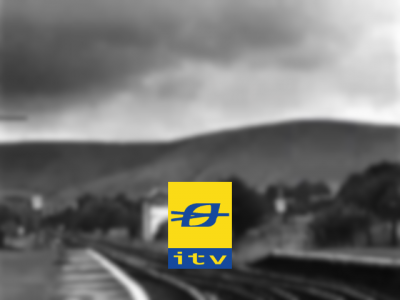 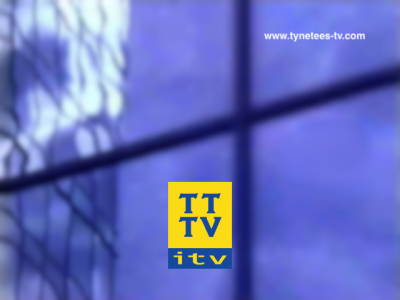 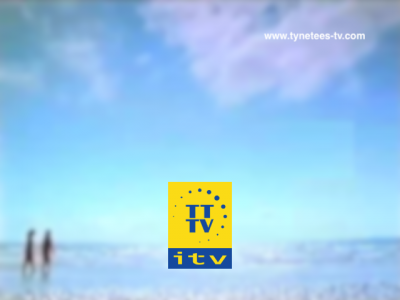 Above top row: Example of regional idents from Granada and Border, with the hearts replaced by the station logo in blue on yellow. These were only seen before regional news and local productions, but regional continuity announcers remained before network programmes as well, for now.

In late 1999, Granada-owned stations were given their own websites, which were duly added to all idents both regional and network. Here you can see a rare example from early on, with a G-wizz URL. The ITC later banned the use of G-wizz addresses and promotion as it was a commercial service. Instead, the stations were given their own website addresses, such as granada-tv.com or tynetees-tv.com.

Above bottom row : Example of Tyne Tees idents. In 2000, Tyne Tees introduced a new logo and the regional idents were updated to reflect the change (right). 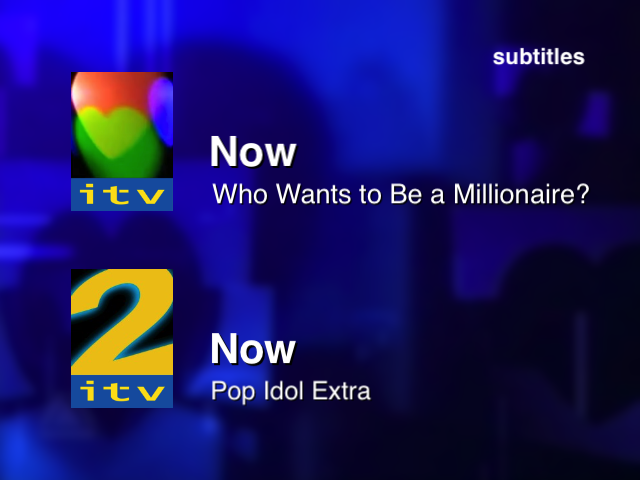 Above: Cross-promotion menu for ITV and ITV2. As with the idents the logos were animated, but so was the background made up of spinning blue hearts, a rejected background for the main ITV idents, making it a bit busy design wise. As indicated by the 'subtitles' caption, these were sometimes used to link into programmes instead of an ident. 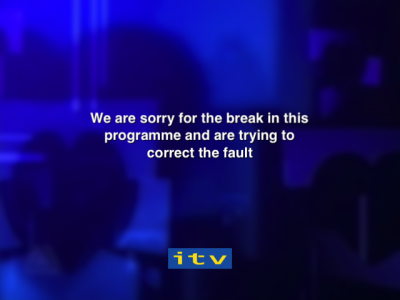 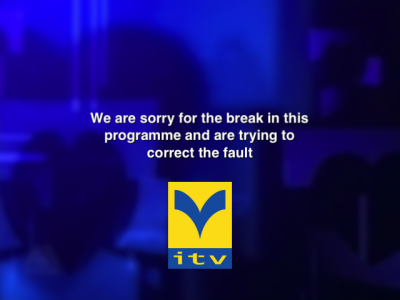 Above: Breakdown slides, including a rare sighting of a regional breakdown slide. These were static which explains why there are no hearts above the ITV logo.


Limitations of the 1998 generic look 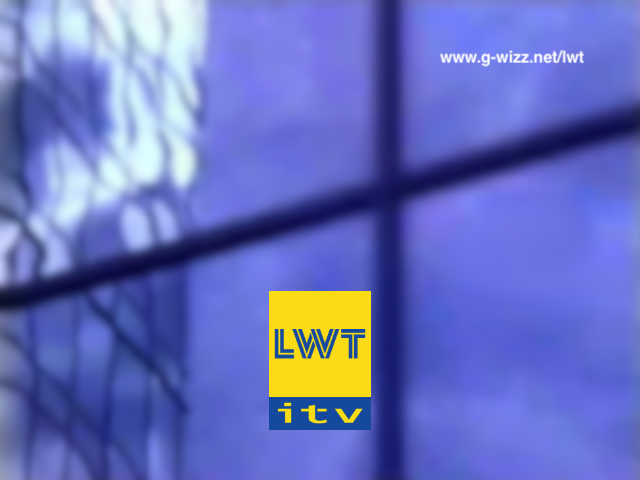 Above: LWT ident. At this time, LWT still had its own separate continuity and presentation team, unique compared to the rest of the Granada-owned regions. As a result, LWT broke ranks with the rest of the network and kept using their name full time, on all idents (network and regional) and surrounding presentation, particularly as Carlton continued to use their own name and idents during the week.

The ‘one box fits all’ design approach didn’t work across the board and is shown up particularly badly with LWT’s logo, which doesn’t sit nicely in the box. The full colour logo clashed badly with the yellow background and so a single colour version was used in line with the rest of the Granada regions; as a result it looks quite muted. Some of the idents didn’t exactly scream “London Weekend” either, such as one set in a rural railway station.

After the more exciting Carlton idents introduced a year later in September 1999 for weekday viewers in London, LWT eventually dropped the corporate look and introduced their own video wall ident in March 2000, used until the end of regional continuity in October 2002.

As with LWT, HTV took on the new look but decided to keep using their name and logo on all presentation including both network and regional idents. This was mainly in fear of a furore over a Welsh brand being dropped in favour of one being used in England, which would particularly look bad when Scotland and Northern Ireland still had their own identities. HTV continued to use the 1998 look like this up until HTV’s owners UNM sold out to Granada in mid-2001. Due to competition laws at the time, Granada was forced to sell HTV to Carlton. Carlton didn’t rebrand HTV under their name but did drop the generic ITV look in favour of Carlton’s 1999 look, suitably amended with the HTV logo at the end, much bigger and in the centre of the screen as a result. 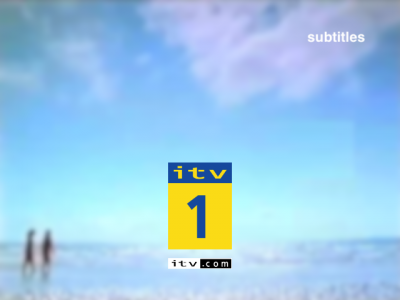 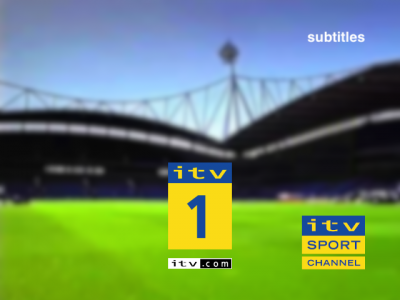 Above left: After three years, it was announced in August 2001 that the main ITV channel would be rebranded ‘ITV1’. The idents were updated to reflect this change in name; at the same time, ITV2 was updated with the newly standardised logo format. The heart and sport animations/logos were now gone, replaced by a large ‘1’ in the same style as the regional logos, blue on yellow. At the same time, to promote the newly launched ITV website, an itv.com logo was added to all idents, replacing the previous region-specific and programme-specific URLs. The main ITV1 logo was shifted upwards to accommodate this and the ‘subtitles’ tag returned to appearing on idents.

Above right: At the same time, multi-channel menus were dropped. Instead, when the announcer wanted to promote another channel, a secondary logo would be faded in and out in the bottom right corner for either ITV2 or the short-lived ITV Sport Channel, an example of the latter seen here. This created a bit of an on-screen mess, with four different pieces of branding (if you include the ‘subtitles’ tag) on screen at any one time. 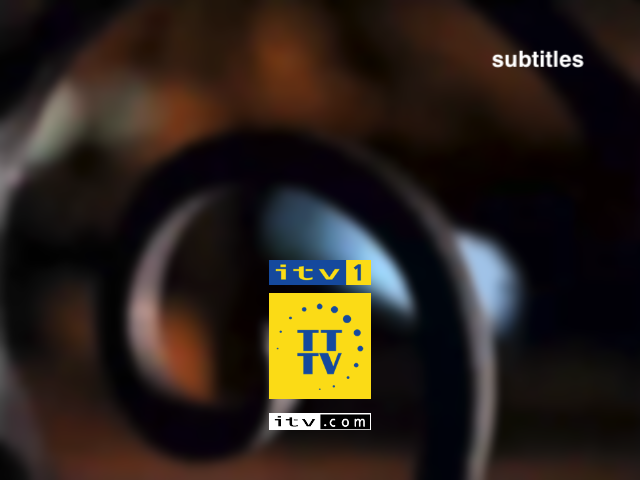 Above: An example from Tyne Tees of a regional ident from after the ITV1 rebrand. The ITV1 logo now appears above the regional logo, and there is a slight gap between them. The ‘subtitles’ tag by this point was virtually permanent as the majority of programmes now carried them.

Despite the idents and surrounding presentation being significantly updated in August 2001 to accommodate the change of name to ITV1, it was announced in 2002 that a brand new look would be introduced in time for the Autumn season. At the same time, the inevitable decision was made to centralise continuity and playout from the South Bank. This meant the end of the Carlton and LWT weekday/weekend split as the London region became ITV1 full time, and HTV becoming ITV1 Wales. Regional idents remained initially, but the logos were finally ditched in favour of the regional name being written out - apart from, of course, Carlton. However these were short lived and regional news and programming were either introduced with a normal ITV1 ident or no ident at all.

The 1999-2002 look was largely successful in bringing together a unified ITV brand nationally for the first time in a way the 1989 rebrand hadn’t. Anglia, Border, Granada, Meridian, Tyne Tees and Yorkshire all dropped their brand except for regional programming in favour of the ITV branding. HTV and LWT took on the new look but kept their dual-branding, and eventually dropped the package in favour of their own (HTV taking on Carlton’s idents). Carlton, Central and Westcountry obviously didn’t, and neither did Channel.

Yes, exactly! I've watched the unused idents from time to time and I'm surprised myself that the composed music was never used! I'm sure this would have been way better than Hearts (even if the music was alright), in the sense that it wouldn't have been the same boring idents all the time!
CC
C.Channel04 26 March 2021 6:06pm
Anyways, moving on from that, I really am curious by your ideas.

I like how you also talked about the limitations about the branding, because not every region would sit so neatly, because it means that there is an added dimension to your ideas - there aren't that many mocks I've seen with that in-depth analysis, so good work!
MK
Mr Kite 26 March 2021 6:21pm
Bit of a shame they couldn't have kept the regional logos in at least some form, post-2002. Even if it was merely something like being incorporated into the local news titles.
VM
VMPhil 28 March 2021 5:29pm
Thanks everyone for the comments and ratings. I checked the original document I saved this in, and it's dated June 2016, so I'm glad I finally posted it after sitting on it for almost five years.