Giving each channel a new look, and a stronger identity. #6Channels1Network (March 2020)

This site closed in March 2021 and is now a read-only archive
Previous Next
DM
DeMarkay 29 March 2020 10:25pm
Owen, the outline is gorgeous!
JF
JetixFann450 29 March 2020 11:36pm
I definitely agree with others that abandoning the 'CITV' brand is madness. I think your original CITV concept would've still worked.
LG
Looking Glass 29 March 2020 11:37pm
I really enjoy the improvements you’ve made, I agree that the outline looks a lot better too. It’s funny how most people say the lettering limits their creativity over numerics but you’ve gone for the opposite. I really like that you’ve assigned a colour to each brand still, it has thrown me off slightly that the current colouring for 2 (or Two in this case) is now on One. I enjoy that you use the show’s branding as it really stand out.

I think that the colouring you used on Six could work better for Three, I always feel like they could’ve made the channel more akin to what they had attempted with ITV Encore and I think having this richer gold, gives it a real classic, premiere feel. I’m not sold on ITV Six, just because CITV is an institution in its own right, it perhaps isn’t anywhere near where it used to be in terms of the overall company’s focus but I just think six strips the personality from it (as does your logo concept). I also prefer ITV Be to Five, I think with the established channels, they have time on their side so we know that ITV2 is aimed at a younger demographic, ITV4 for sports fans etc but ITV5 doesn’t really tell me anything.

Those are just a few observations, I hope to see you continue with this! It’s a really simple but effective revamp.
TV
TVVT 30 March 2020 9:33am
What would the DOG’s look like?
LN
LondonNewsBites 30 March 2020 10:48am
Owen A posted:
Thanks so much to everyone who posted feedback. I've now taken that into consideration, and have designed a second edition of this mock. One of the main criticisms was the promo slide, and mainly that the text was too big. I've now made everything much smaller but still legible and I think it looks much better and more sleek. Another point raised regarding the promo slide was that the backgrounds were dull and boring, so I decided to completely flip it around. The background is now a bright gradient, with the smaller text now being in the black. Personally, I don't think this is too bright or garish, I think it stands out from other channels, for example if somebody was flicking through their TV, they'd instantly see ITV One with the blue background on a promo slide. Also, big thanks to dosxuk for helping me sort out the layout and sizing of the promo slide too. Here's the new images: 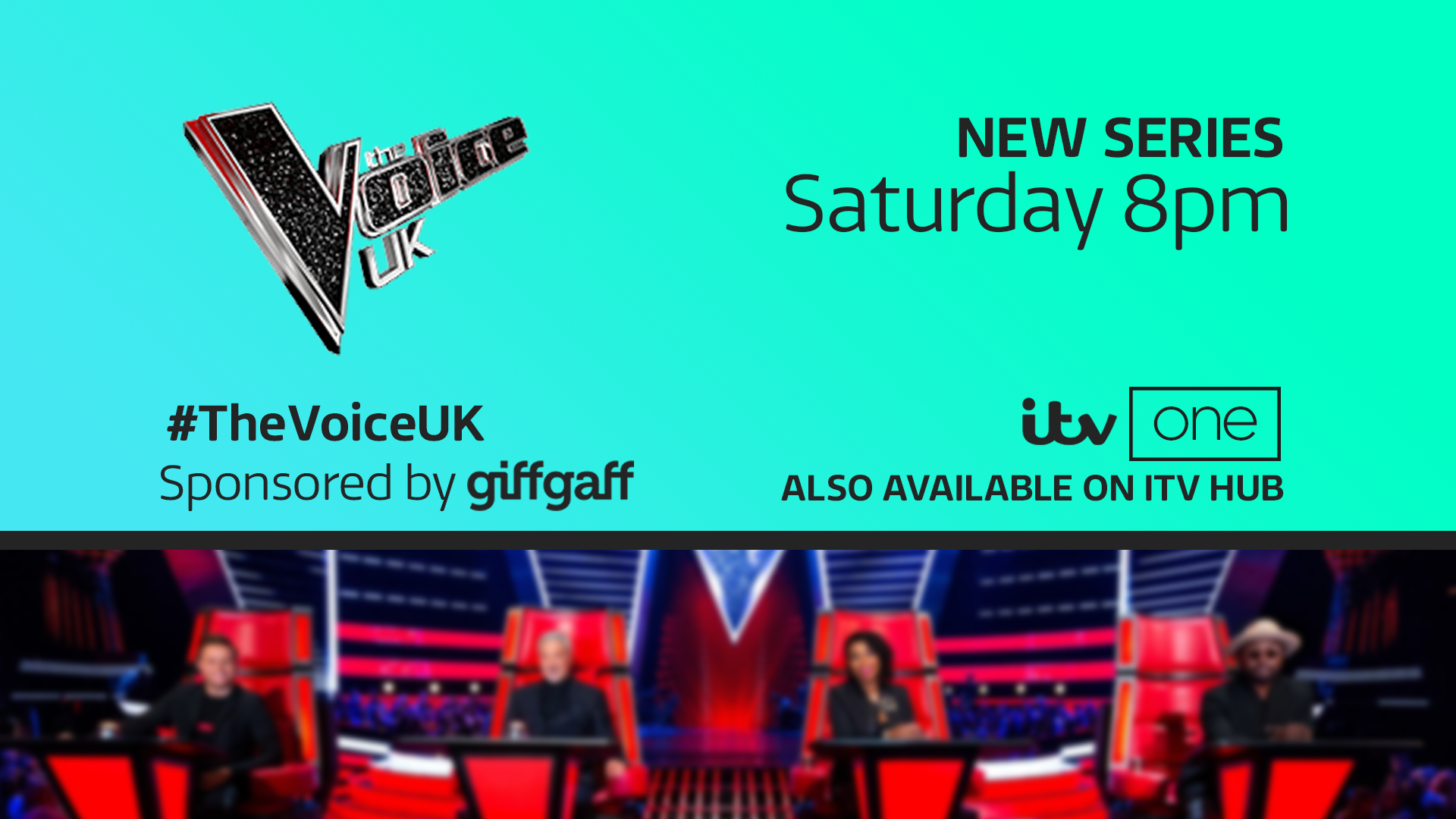 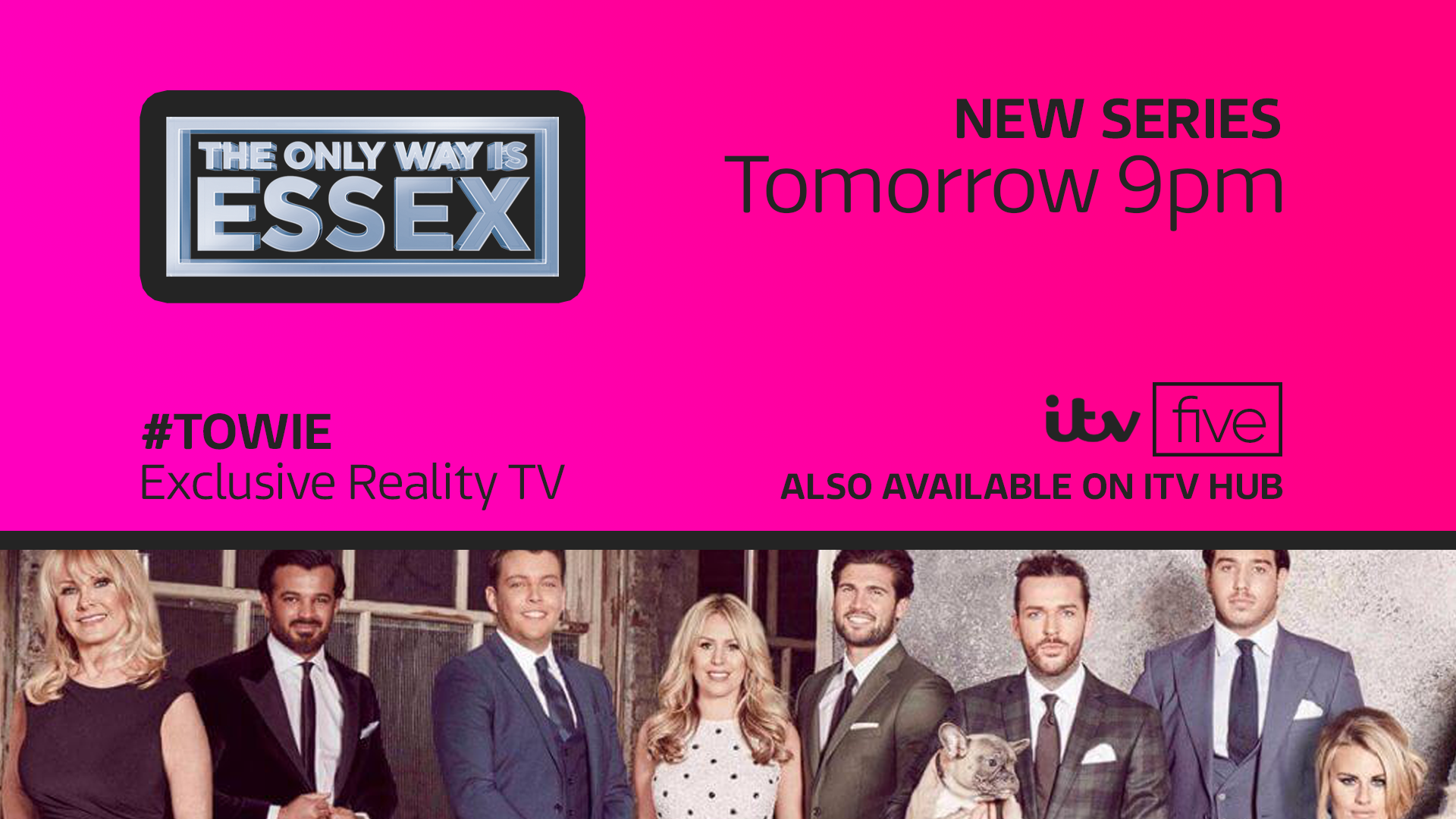 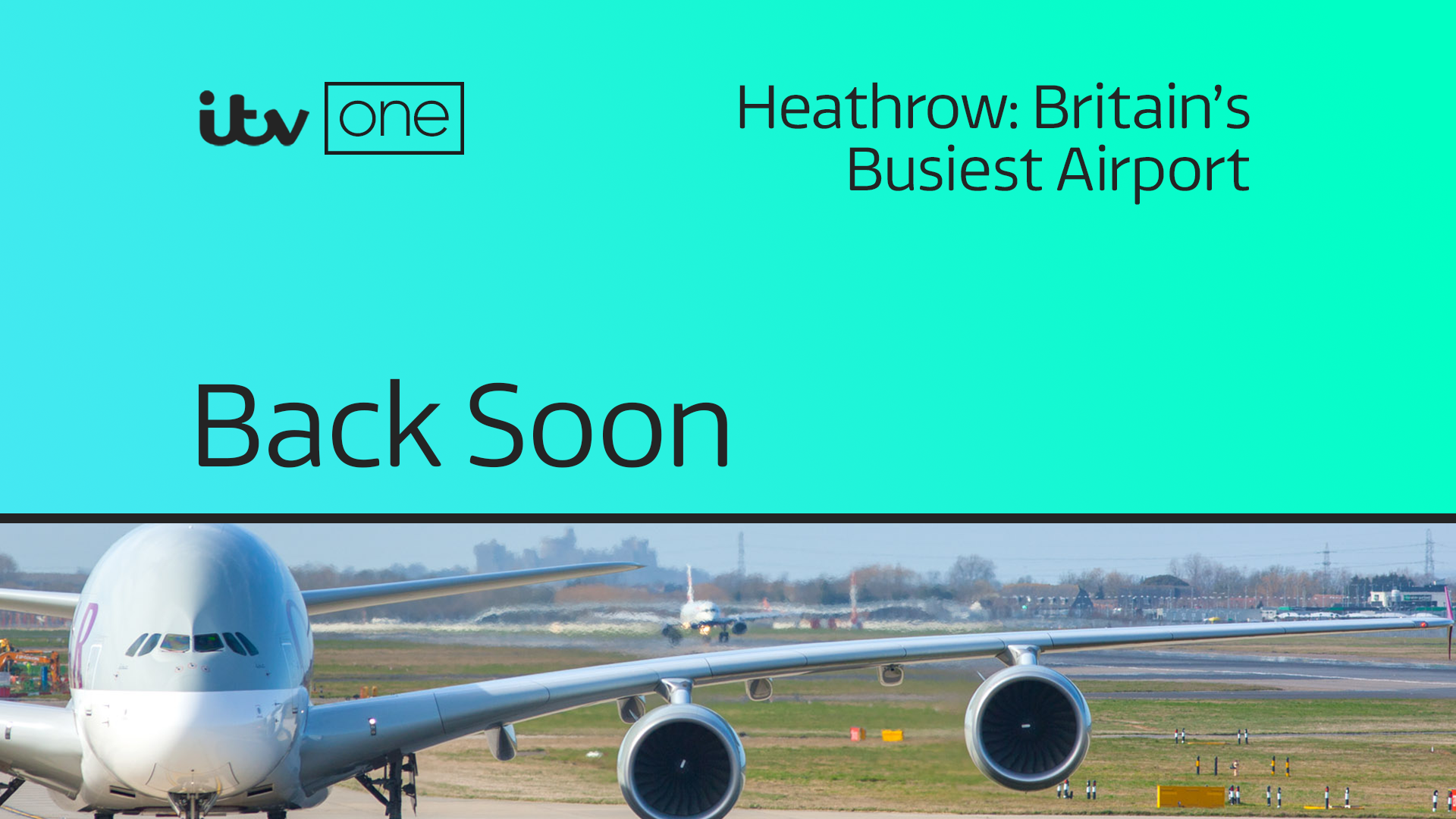 Another point put forward by TVVT was about CITV, and how it stood out from the other logos straight away. Seeing as I'd changed ITVBe into ITV Five, and even though CITV is a well-known name, I decided it would still be best to just have ITV Six. It fits nicely with the fact that they'll no longer be CITV specific idents, and all designs will be uniform with every other ITV channel. The only difference is that it's obviously dedicated to kids' TV shows. Here's the image explaining further:

I've also updated the revamped ITV Hub, making it a bit brighter and changing the layout in the ways suggested, with a more compact and better structured design. 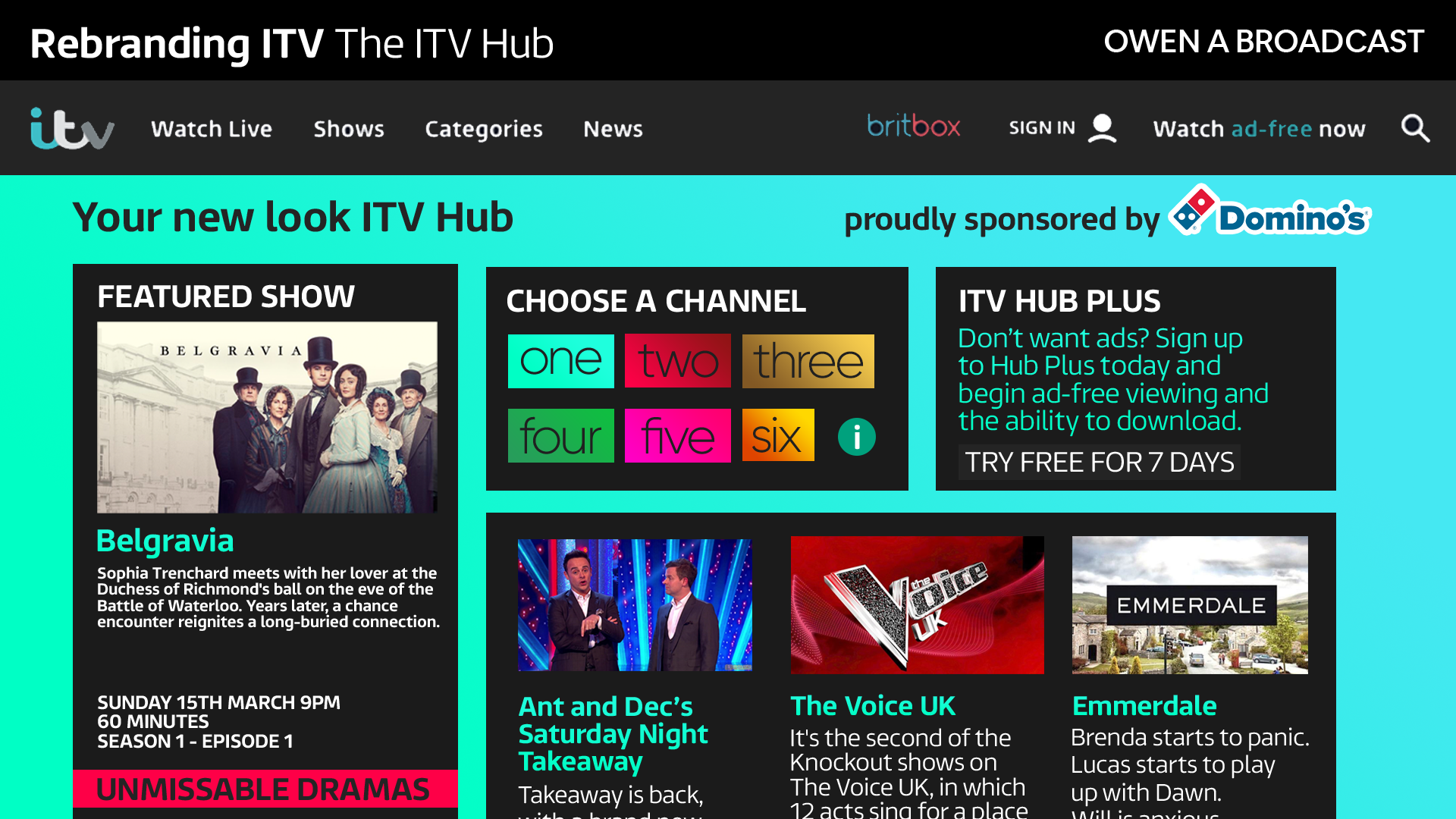 Thanks for all the constructive feedback, and I look forward to receiving more thoughts on the second edition of my mock.

And then there is ITV7 (real) sports channel.
TV
TVVT 30 March 2020 12:20pm
Honestly I do like the idea of having a brighter background for the branding, maybe it would work having a light background for daytime shows and darker in the evening, similar to how the 4seven breakbumpers work. However I am confused about how ITV Six would work on the main channel (CITV has a block on ITV on weekends in the Breakfast hours) and it would be unusual to have a block with the ITV Six name on ITV One. Maybe keep the CITV name for the block (with a rebrand style logo) and keep CITV Channel as ITV Six.
Or just call it something like “Six on One”, It’s your rebrand, it’s up to you.
OA
Owen A 30 March 2020 1:24pm
I think that because the CITV brand is so strong and well-known, I'll incorporate that into the line up in the next edition of the mock, and I'll also think about DOGs too.
OA
Owen A 30 March 2020 1:53pm
For now, here's an idea of what the DOG could look like. I could also try another version with the outline version of the logo too. 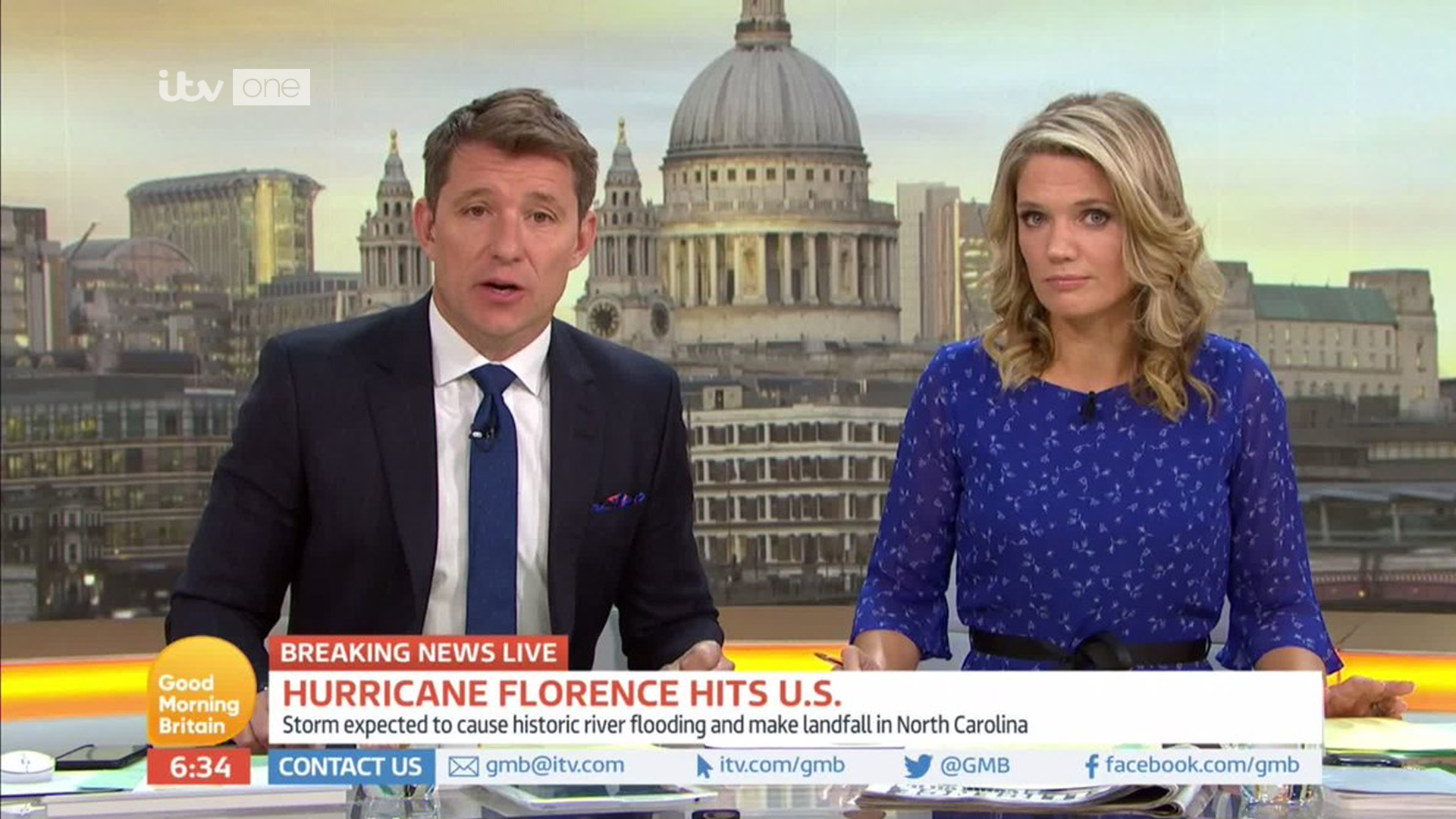 DM
DeMarkay 30 March 2020 2:05pm
Loving your work so far Owen.
TV
TVVT 30 March 2020 4:01pm
I’d like to see you keep ITV Six but repositioned to make it appeal to families and teens as well as the CITV/LittleBe audience, and maybe keep the classic brand as CITV One and CITV Six and save the ITV Six brand itself for preschool and family shows (it would be impossible for the Little Be branding to be adapted into ITV Six, and Little 6 does not sound very snappy compared to Little Be). For the logo you could just put a C on the logos for ITV One and ITV Six and call it a day, I’d still have it uniformed with the rest of the channels in terms of idents and endboards.
DW
DavidWhitfield 30 March 2020 4:20pm
Interesting.

What made you settle on what looks like a thin weight of Gilroy (or something similar) for the number in the box? Did you try a thinner weight of Reem, just out of interest? May seem a little more inkeeping with ITV's branding.

I like some elements of this and am not keen on others. The DOG is nice and I see what you're going for but everything's just a bit big and bright and busy and messy for me. I think if you tone it down a bit, reduce the very bright colours, make the text a bit smaller and leave a bit more breathing room around everything, it'll look a lot better.

Some good ideas on the go which I'll look forward to seeing develop. Keep on.
OA
Owen A 30 March 2020 4:39pm
Thanks for the feedback. You were spot on with the font I used in the channel logos; a very thin weight of Gilroy. Yeah, I did try and make it work with Reem but it looks too dull in my opinion, I just wanted to try something on ITV not using the font.

This was first archived on 2 October 2020