This site closed in March 2021 and is now a read-only archive
TV
TV Archive 15 June 2014 8:30pm
This is my Studio Re-Creation of ITV's Good Morning Britain!
I hope you like it! All feedback appreciated and taken on board. 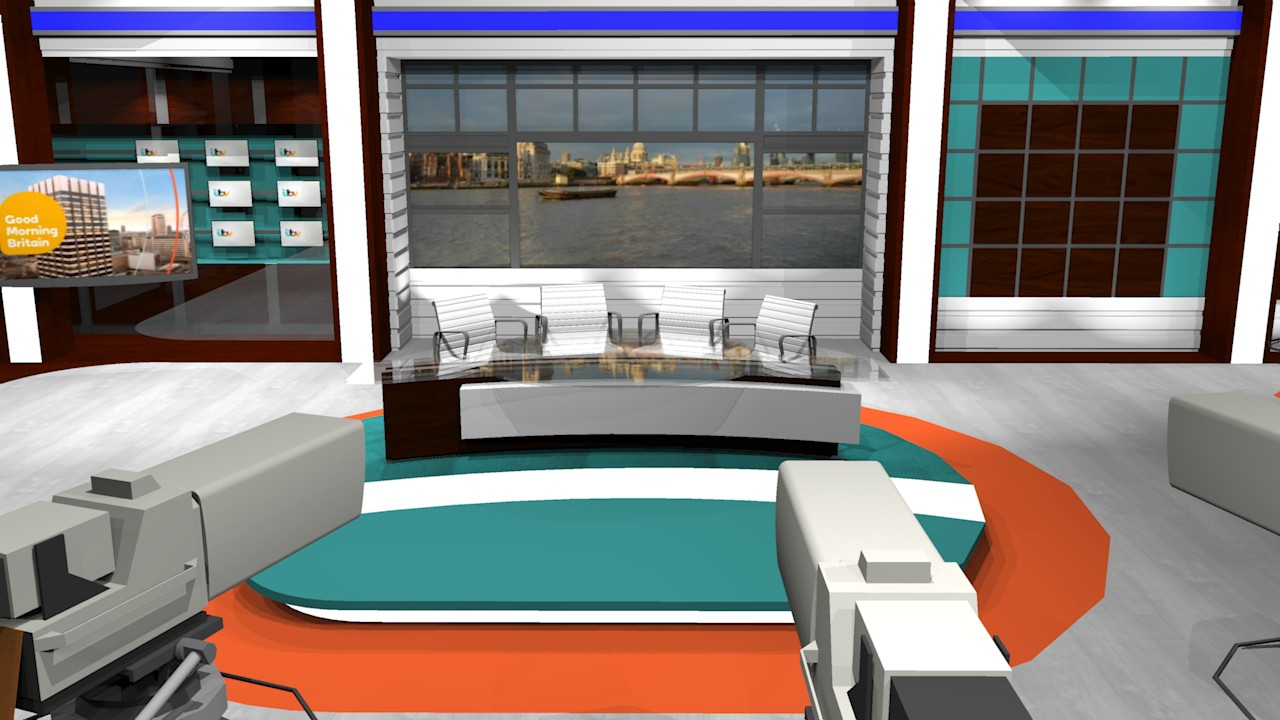 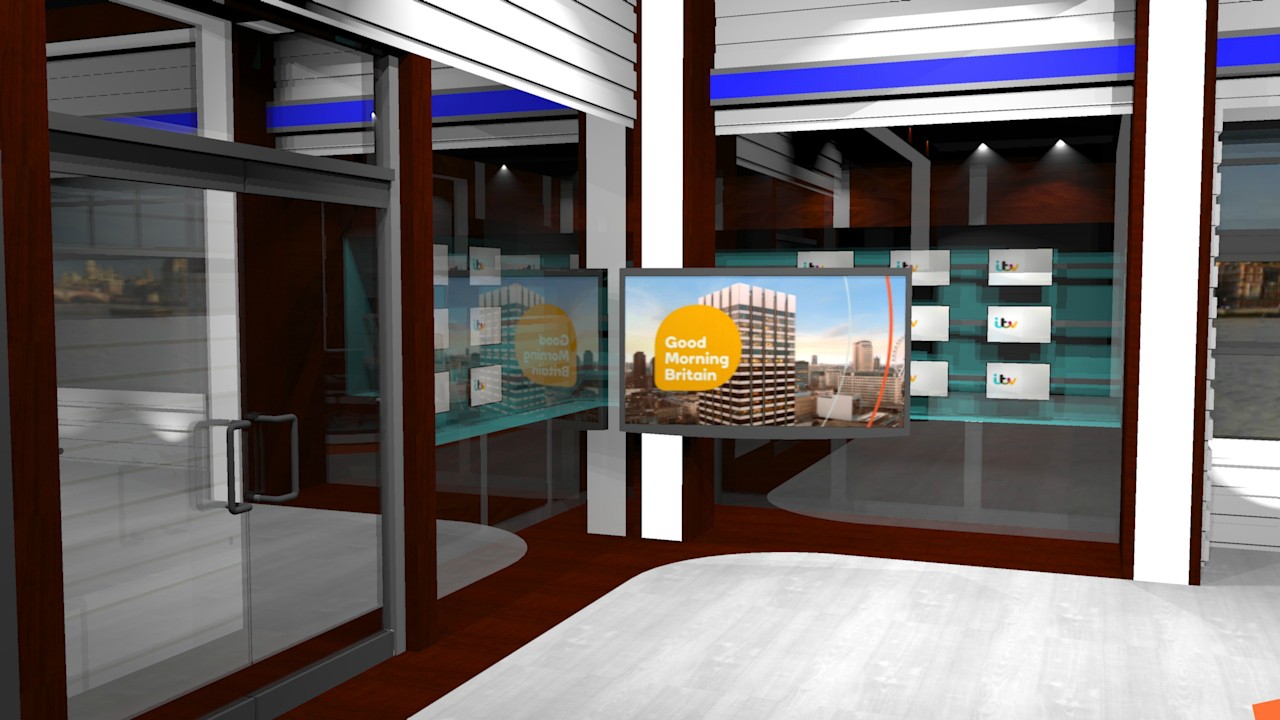 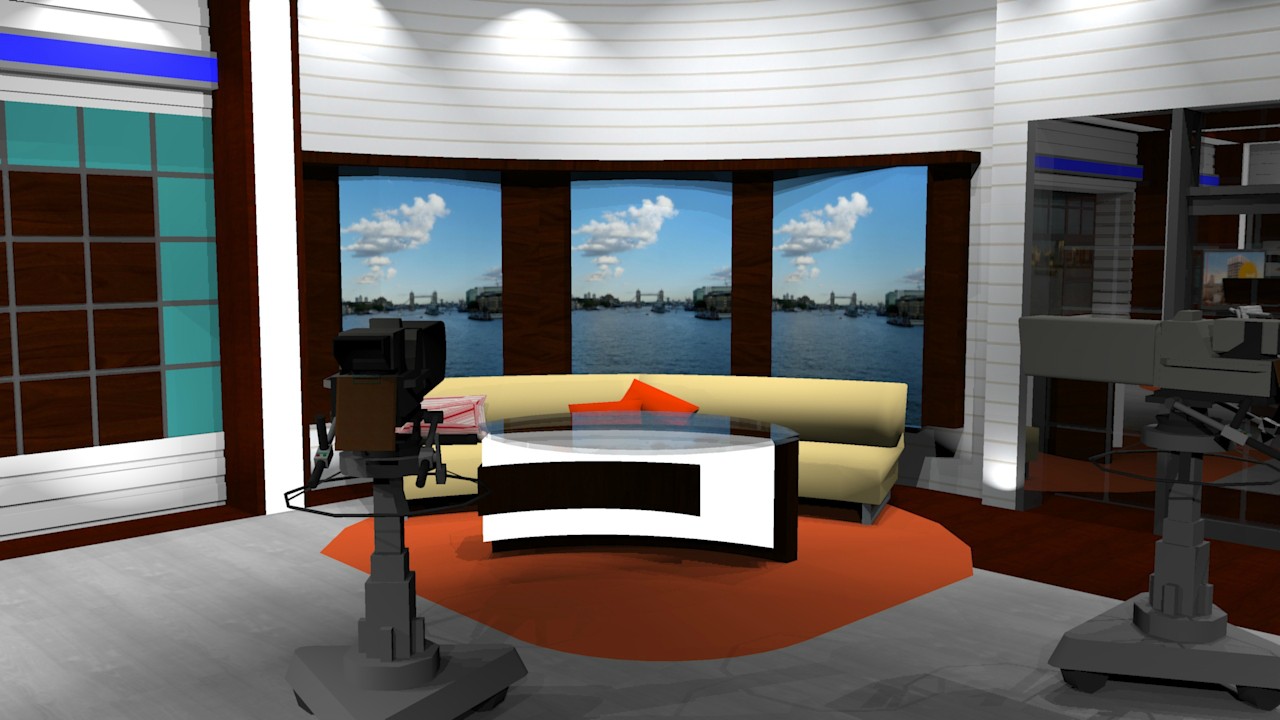 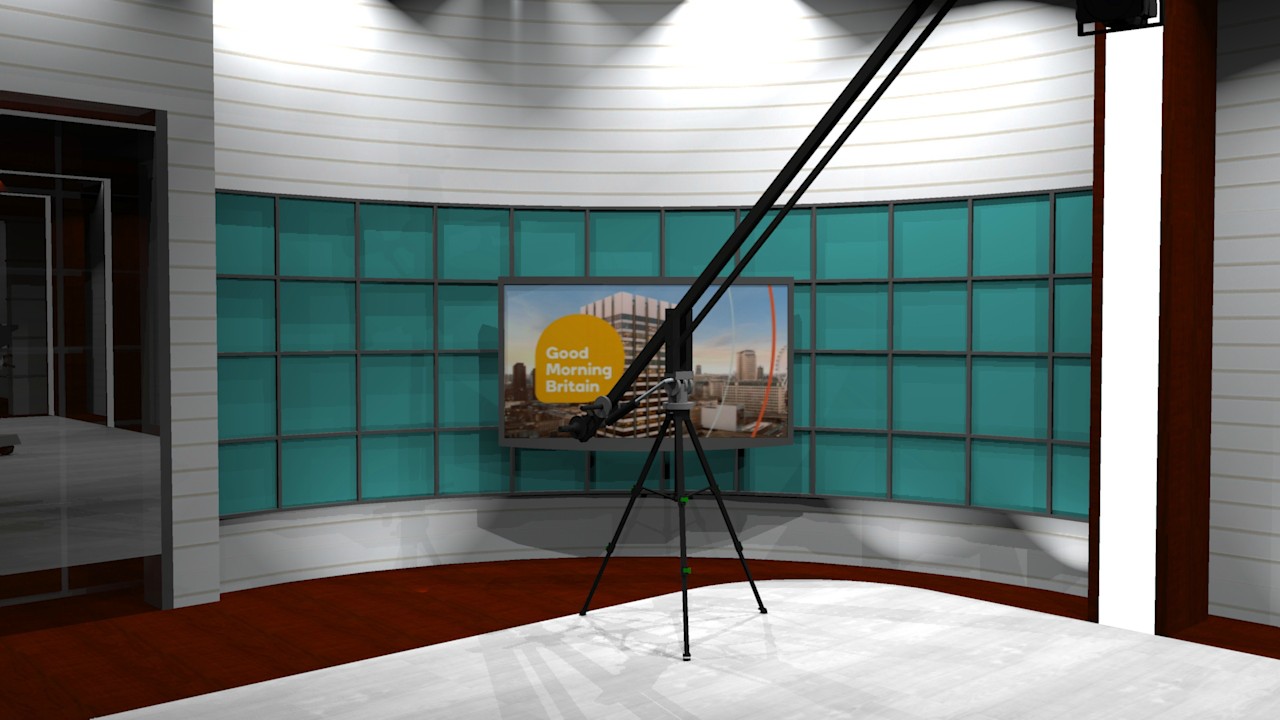 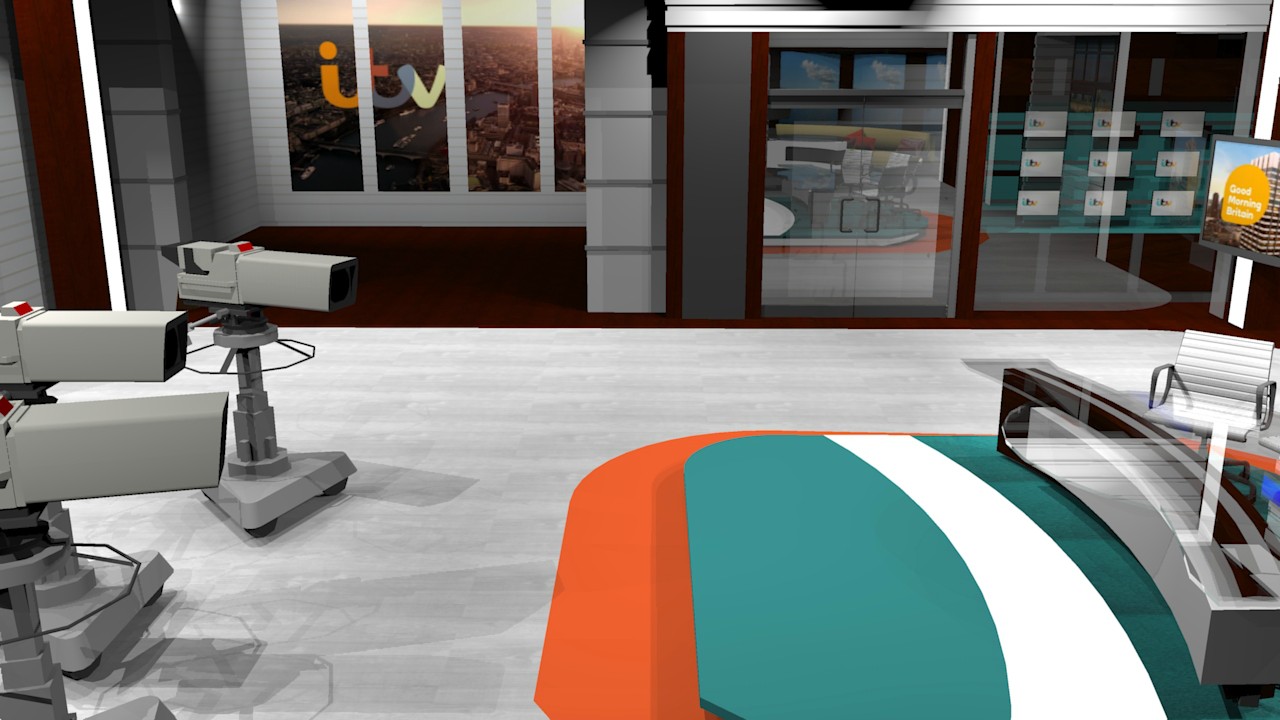 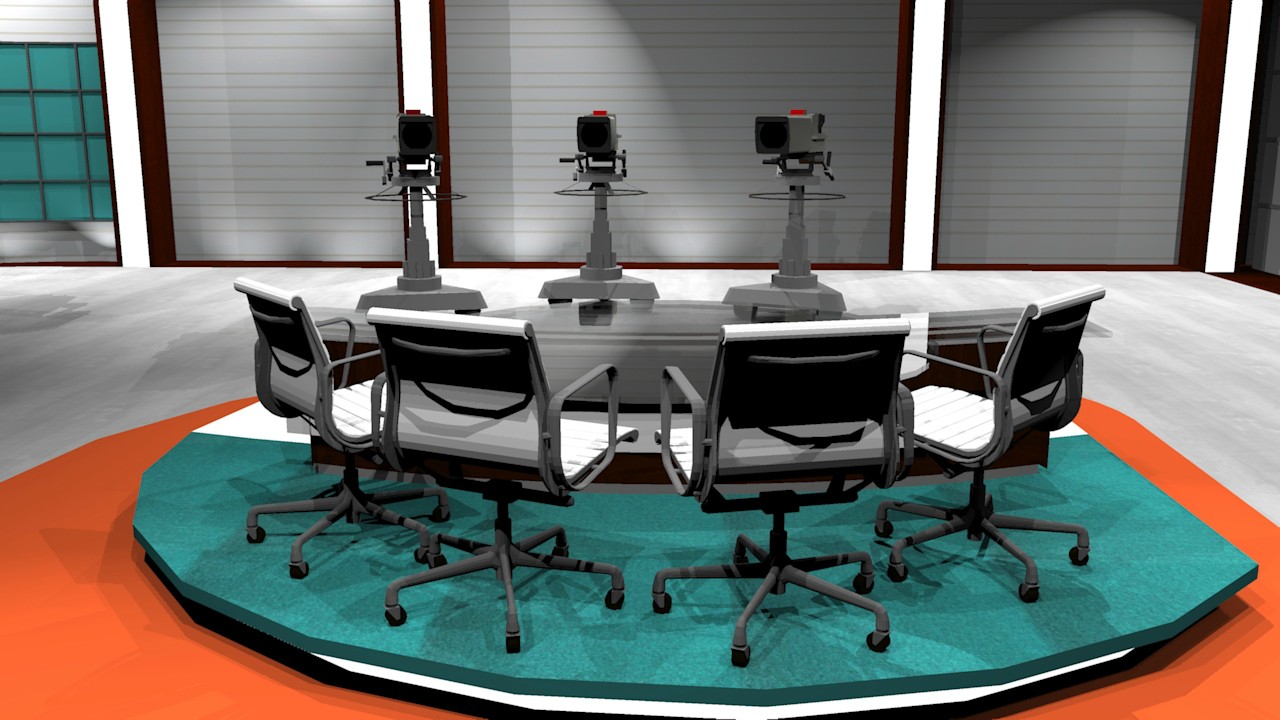 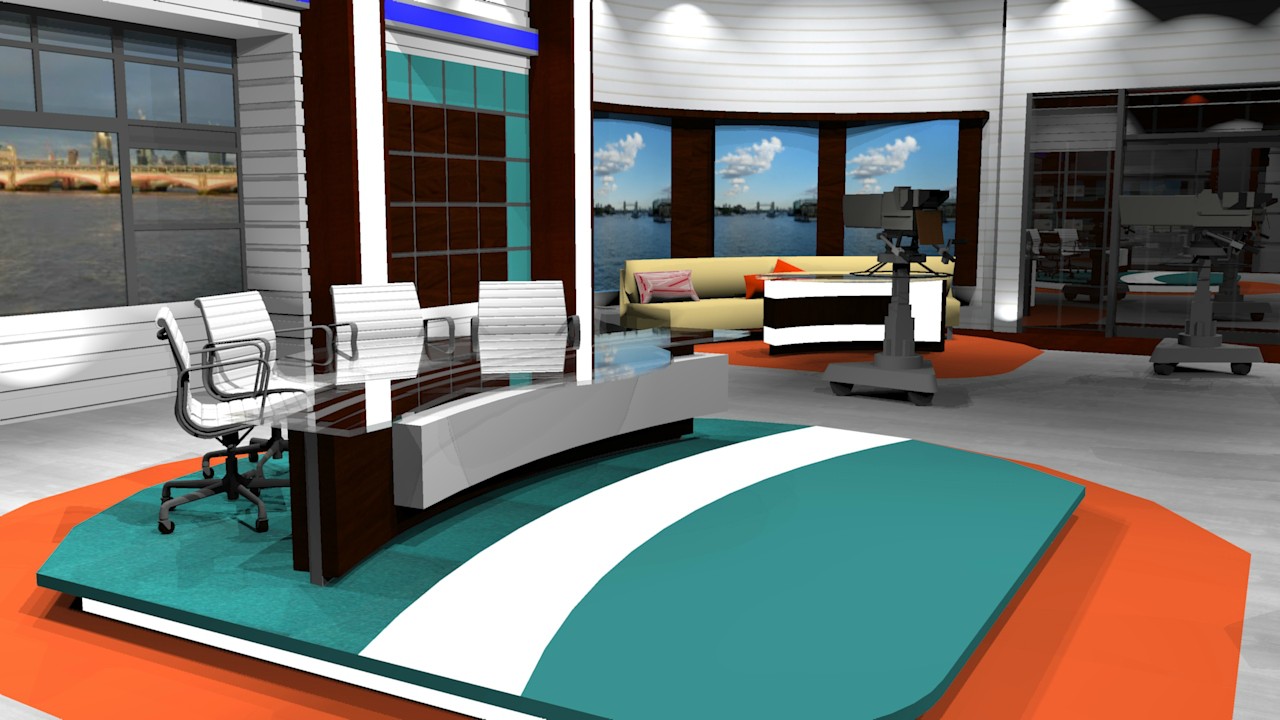 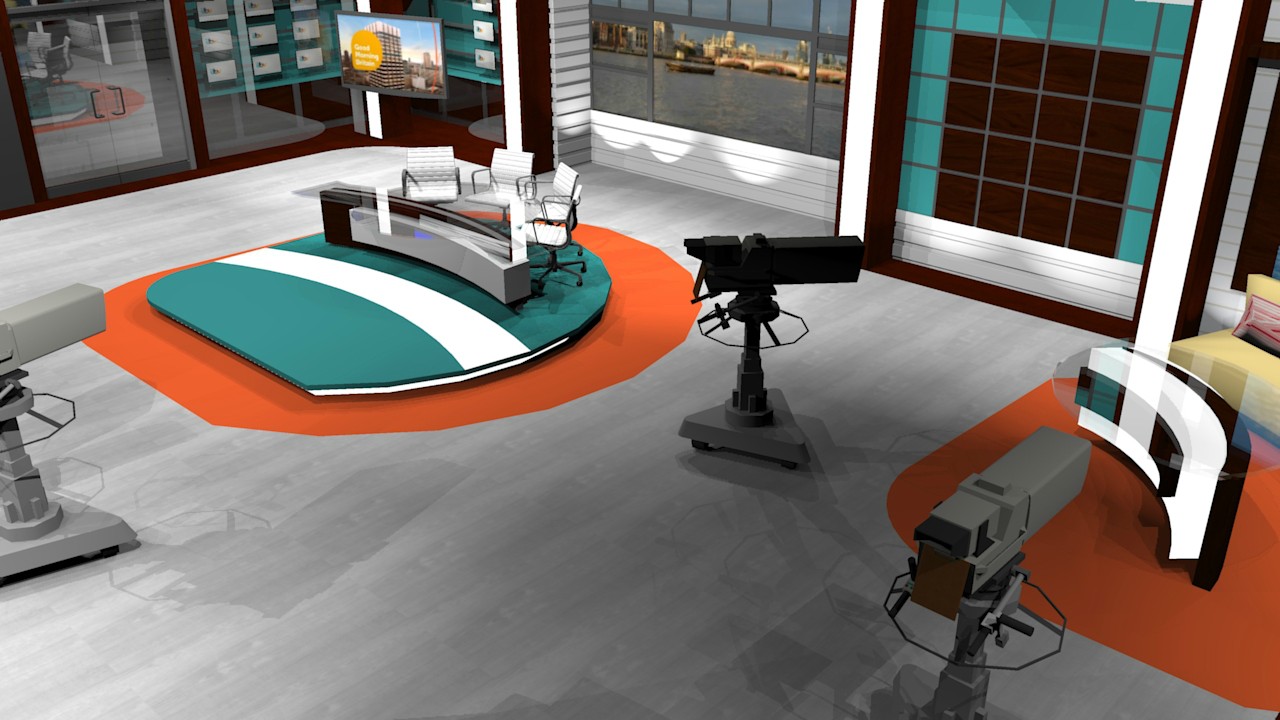 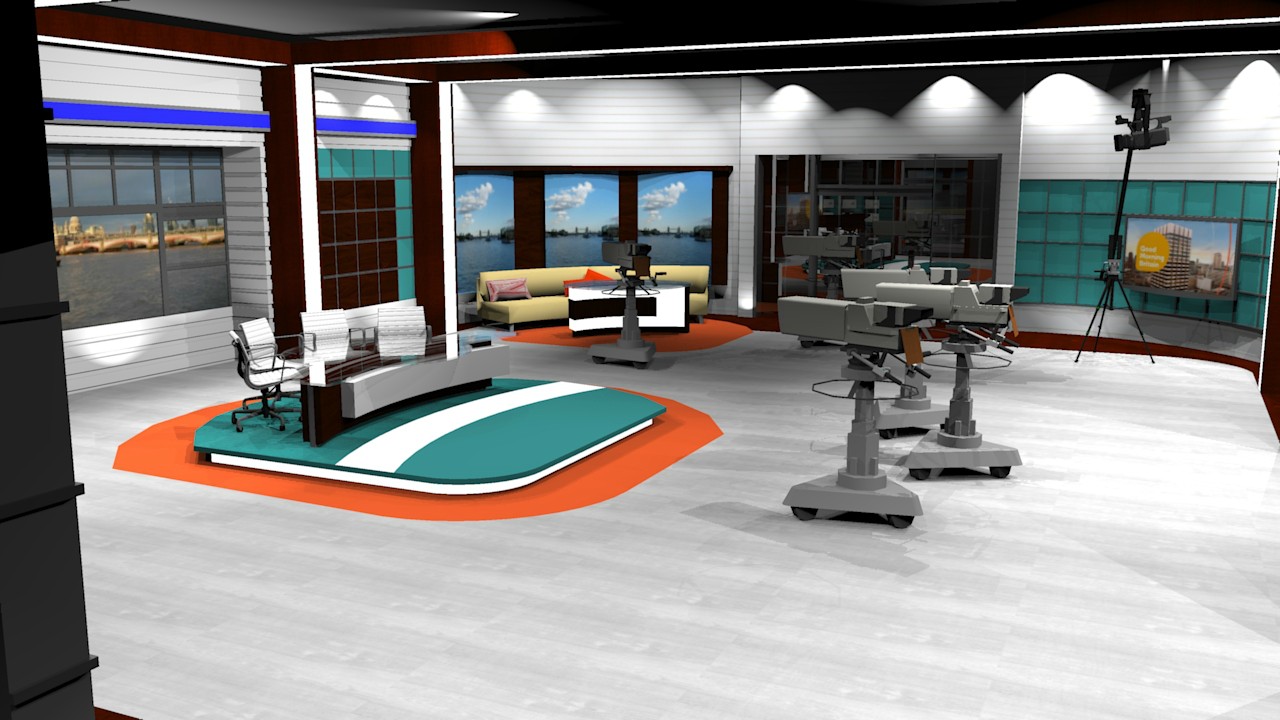 Last edited by TV Archive on 7 August 2014 12:43am - 2 times in total
HJ
HJL 15 June 2014 9:03pm
ew.... This is a recreation, that isn't great unfortunately, and has some pretty awful colours and a different pallet. Either that or my TV's aren't properly adjusted! I really hate these colours, and feel like the actual skills in Sketch-up may need improving before this can become a 5* recreation.

Sorry
AS
ASO 15 June 2014 9:29pm
I think you have some skills. Your daybreak was much better. Colours are all off. Since when was the table black? It's all a bit black and white. There are lots of bits that you've done in a mahogany looking wood. Sort the colours out, attention to detail has sadly been lost. The layout is fine I think. Another problem is the sofa. Nothing like the real thing. Look at TV Live. Pay more attention. The sofa is completely different - a different shape. The cushions are different too. The coffee table is too high. The shape of the logo is wrong too. That is an easy thing to do. When you're doing a circle, arc or polygon you can adjust the amount of sides. By default, circles on sketch up have 18 sides I believe. If you type in 180s (or whatever) in the box where the measurements normally are then you're shape will be more realistic.

The shape of the desk is good. The window is a tad taller I think.

Work a bit more, it will be great. There are lots of good points too, but at the moment it's not really there.

I agree but if you compare it to his Daybreak studio, he is capable of a lot more. Anyway, I have faith in this seeing as he took comments on his Daybreak one so well.
BA
bazinga 15 June 2014 10:34pm
I was pleasantly surprise, a good effort, and actually is beginning to look like the real thing. With a little more work, making the colors right, it could have more potential. Overall, not a bad attempt, compared to others.
4/5.
AJ
AJ 16 June 2014 12:43pm
Technically it's a great recreation, and certainly a million times better than some drivel we see on here at times.

The colouring is a bit off - the woods are a bit dark. There's also some orange lighting around the studio which you've missed.

Generally, though, it's a great recreation.
TV
TV Archive 16 June 2014 4:58pm
Thanks for all your feedback. I agree the wood is a bit dark, but I think the way I have done the lighting doesn't help either. I will get the things mentioned sorted out but in the meantime here is the set direct from Sketchup. 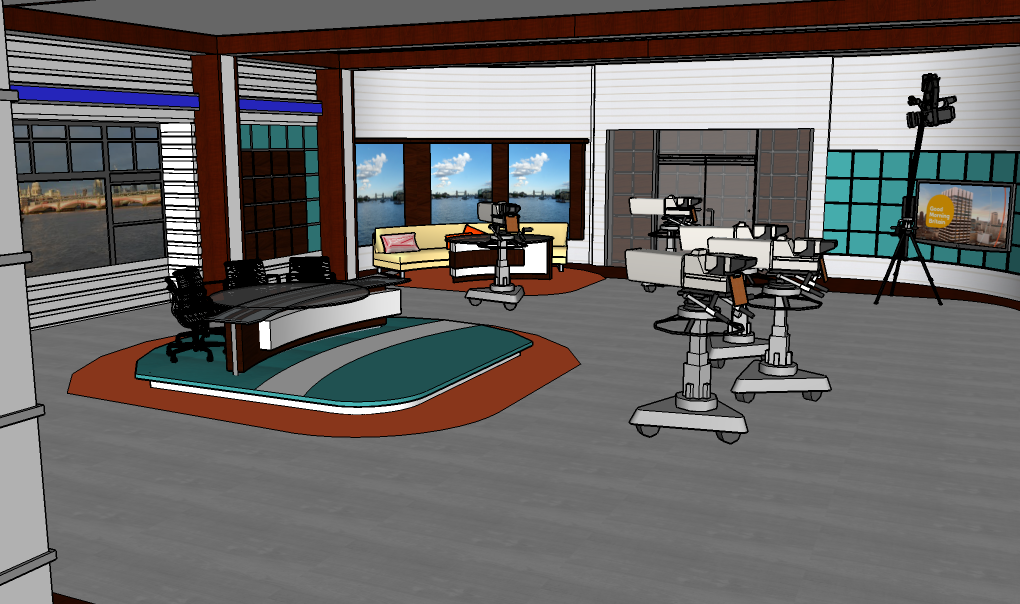 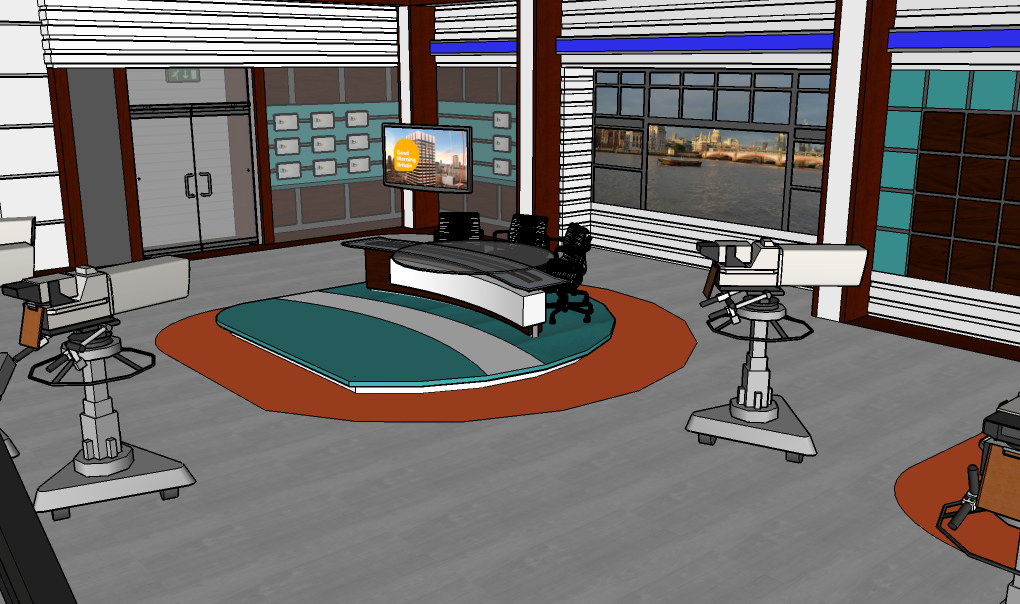 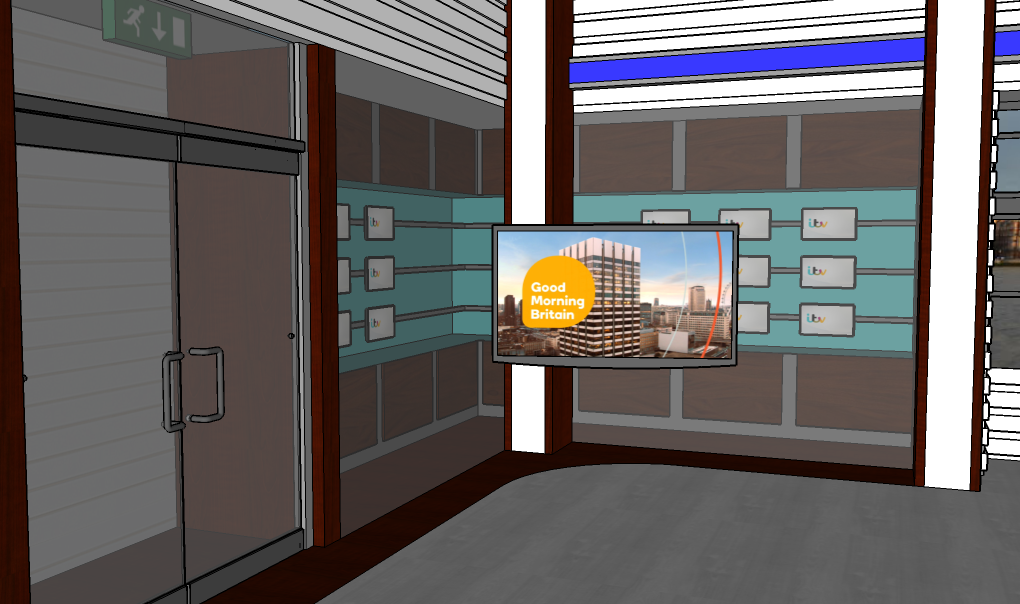 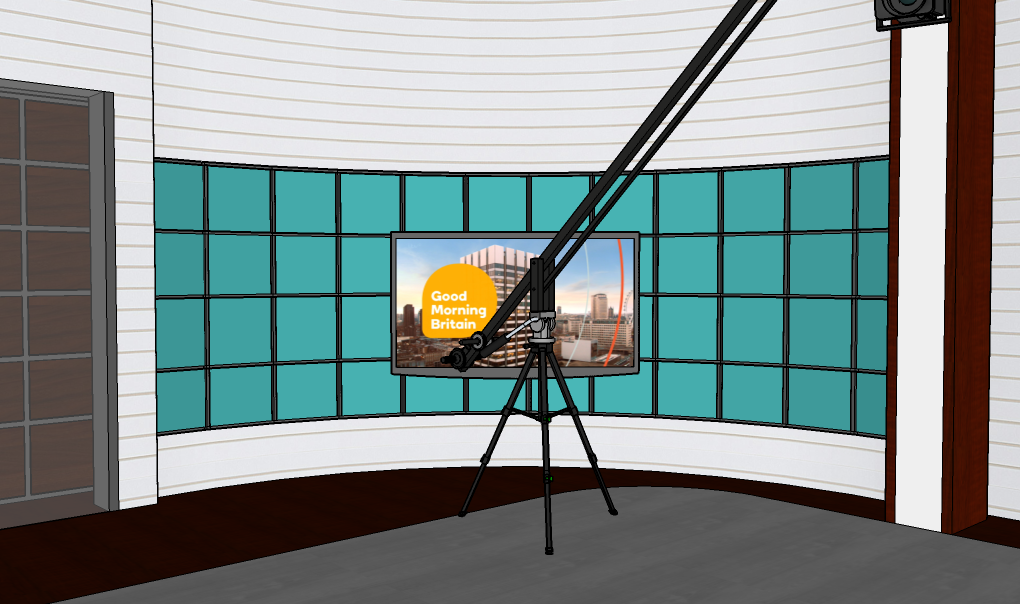 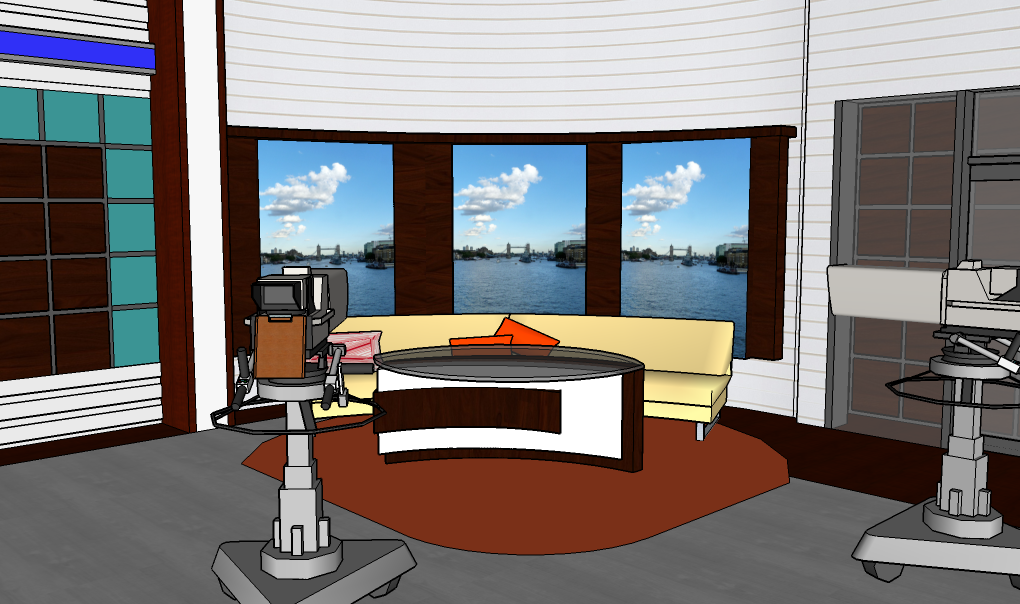 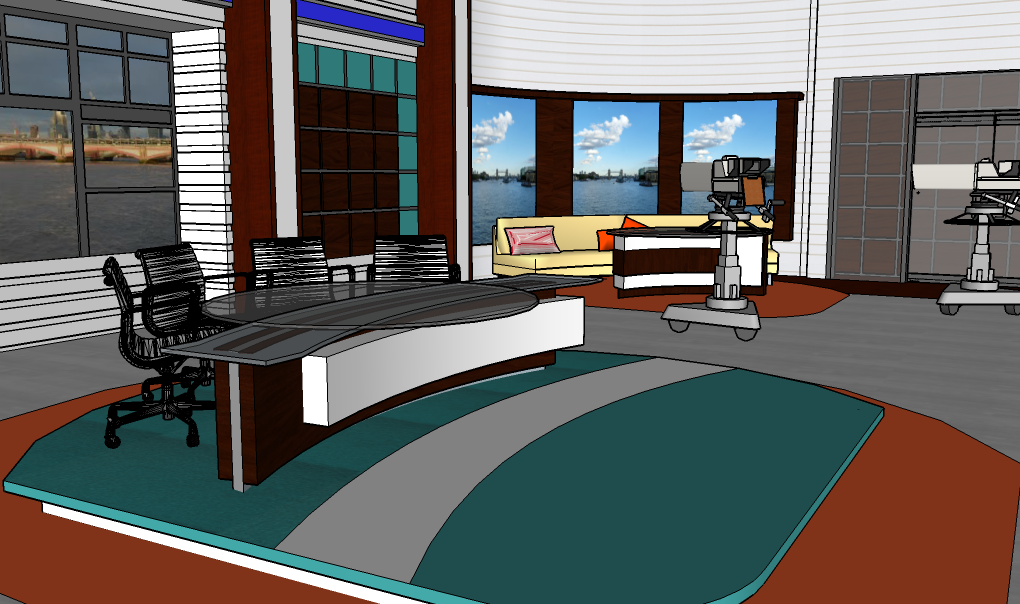 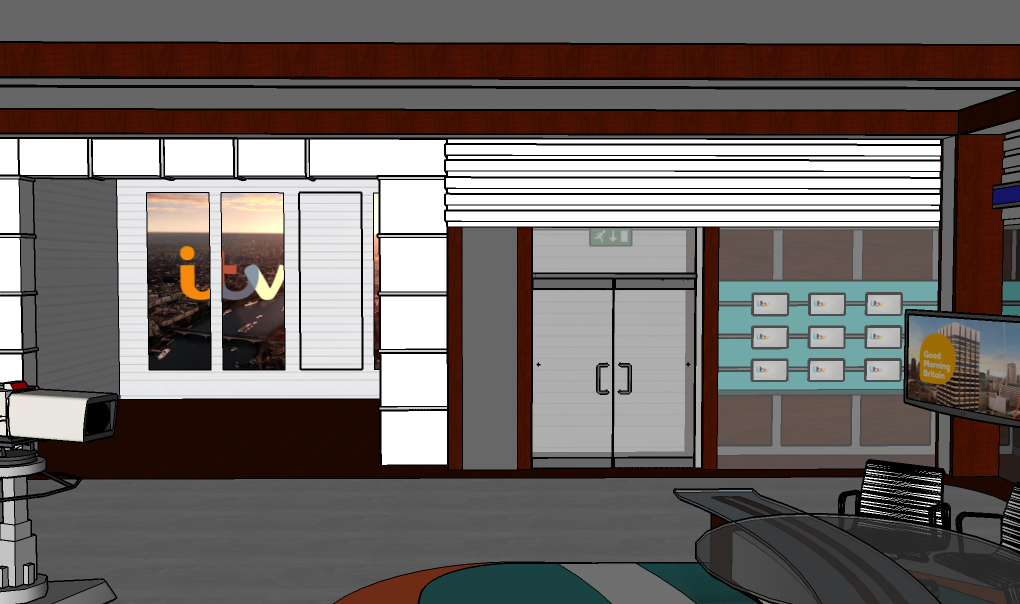 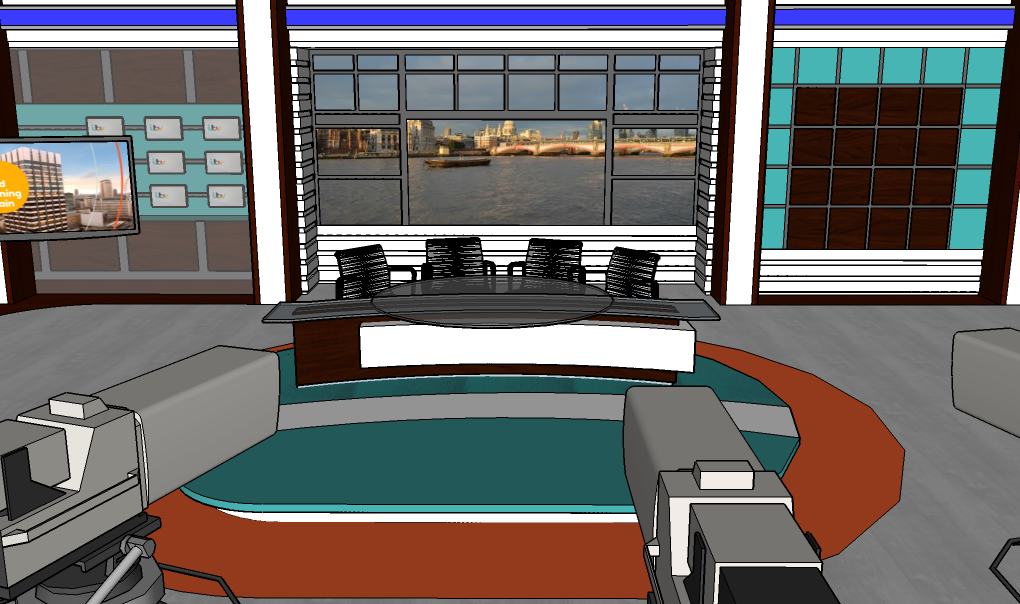 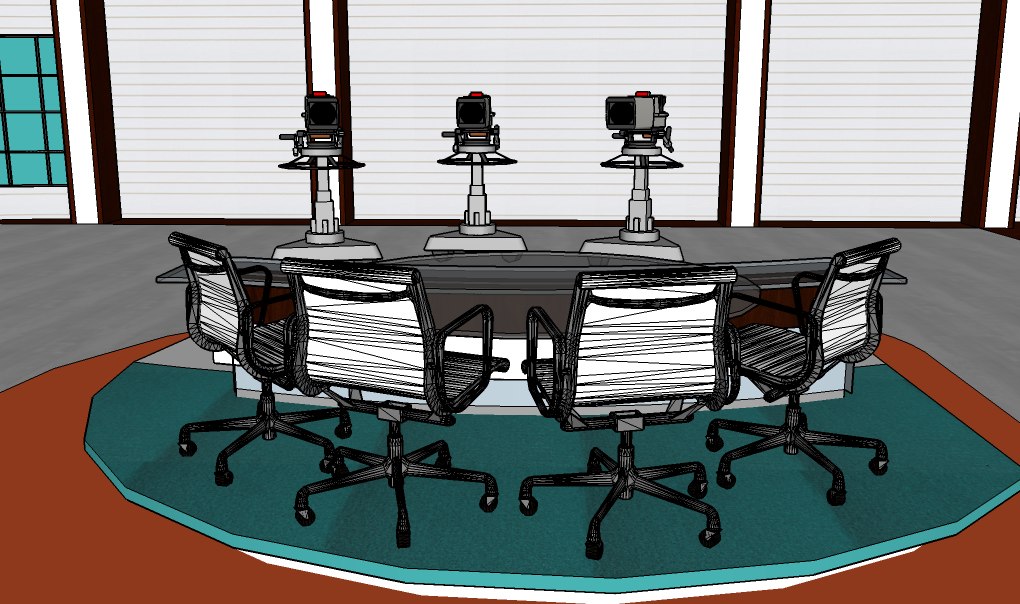 Two things that you need to make better:

the shape of the blue platform underneath the desk. (please correct me with the name of this and please do excuse my ignorance) - I can show you how to do it because at the moment it is just a polygon that does not resemble the logo shape. Also, isn't there a logo there?

the sofa - I can help you with this - I've know how to make a sofa on sketch up that looks like the actual GMB one. The actual one is just a bit higher and the legs are quite distinctive