This site closed in March 2021 and is now a read-only archive
Previous Next
AT
ATeeGD 15 February 2021 9:23am
Here are my second concepts. I've removed the numeral 5 as people could read it as "5Five" or "55" and stacked the logos. FiveSelect now has a gradient and MyFive's "My" uses the Coolvetica font. 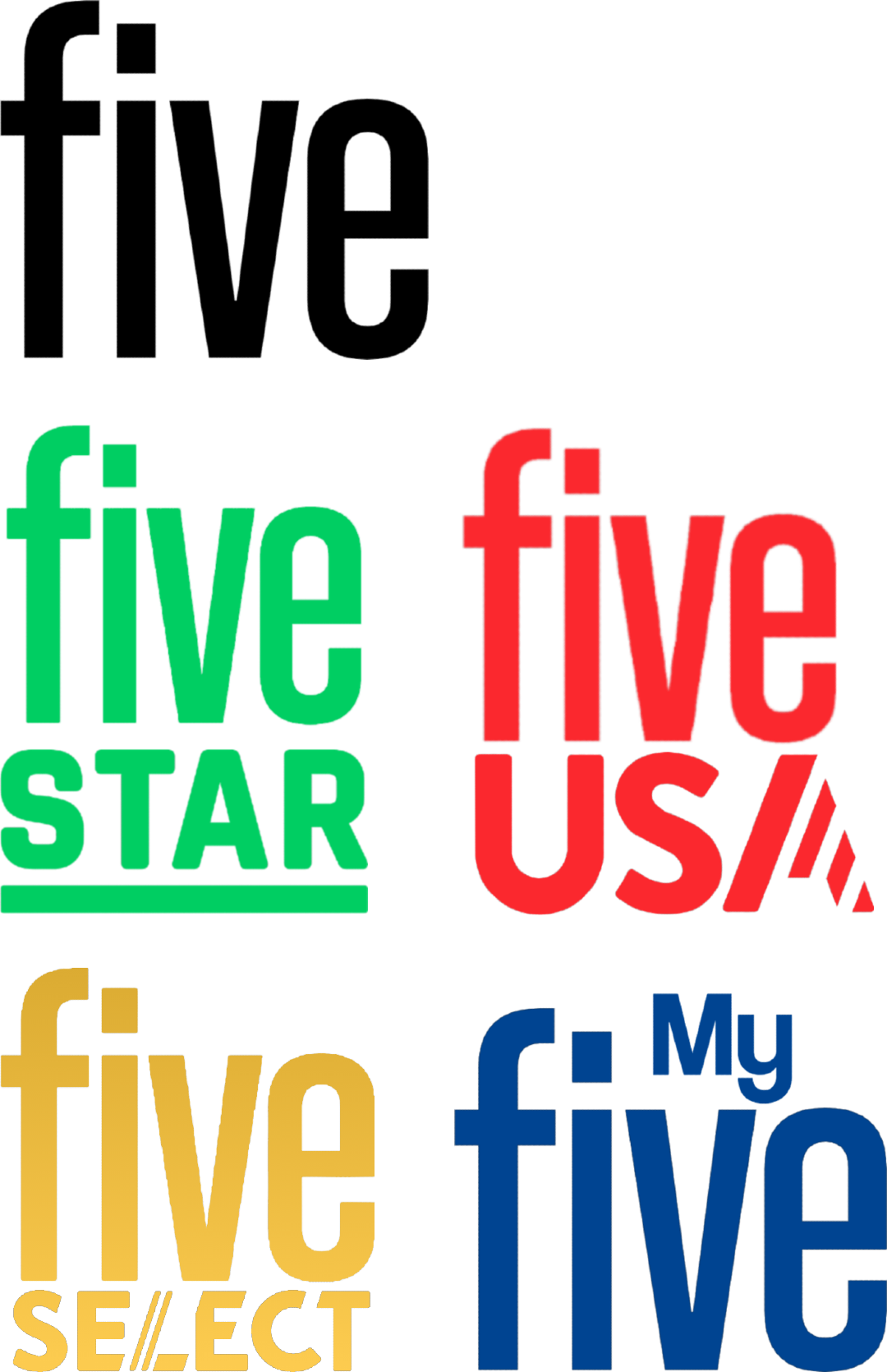 TV
TVVT 15 February 2021 9:39am
Much better. The removal of the 5 numeral makes the logos better.
CN
ClarkNarvas 15 February 2021 10:04am
I think you should position My in 'My Five' better, or make My bigger. I read it as Five My
AM
Alfie Mulcahy 15 February 2021 9:22pm
Mandy try redesigning the 'USA', 'select' and 'star' graphics. As you've taken then from the current logos and the fonts don't really do well together.

I also think a bolder font for 'five' would work much better.
AT
ATeeGD 16 February 2021 9:56am
What would you think about replacing Star, US and Paramount with completely different networks in my mock? I was thinking a network for entertainment like E4 or ITV2, a network that would be for crime and action like ITV4 and Sky Witness and a network for dramas and documentaries like ITV3.
GT
GraemeT 17 February 2021 7:33am
Yes go for it
AT
ATeeGD 17 February 2021 8:53am
So here's my third set 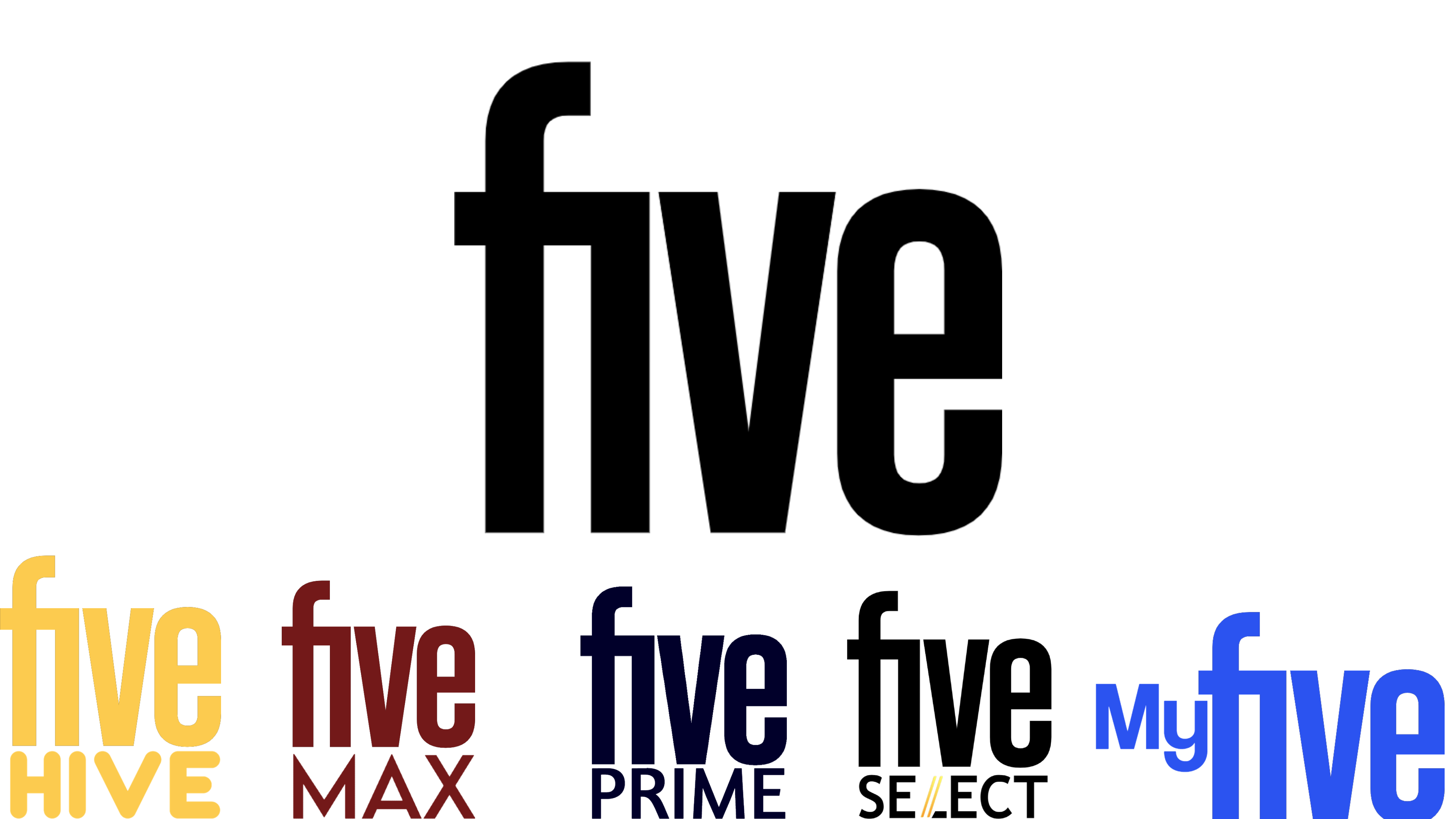 The main logo has been tweaked to be slightly bolder and the dot-less I is connected to the F. Select uses a different font, while retaining the // from the current logo and MyFive has the "My" next to the Five instead of above it.

Now for the new channels:

Five Hive, replacing 5Star, is a channel for comedy, reality TV, talk shows and a bit of drama too, targeted and late teenagers and young adults.

Five Max, replacing 5USA, is a channel for adult men which airs crime and action alongside shows from the former 5Spike channel.

Five Prime, replacing Paramount Network, is a channel for dramas and documentaries with a few ahows from Paramount, targeted at adults.

I also recommend grouping them up on the Sky TV guide like the ITV and Channel 4 sister channels because they're pretty spread out in channel numbers.

Anyway, what do you think

?
TV
TVVT 17 February 2021 12:20pm
I like the ideas, and the logos are quite nice. I'd recommend maybe using a different font for the logo, possibly a font like Avenir. Perhaps Five Select could get a new logo design rather than keeping the existing Select wordmark. Another idea could be merging Five Max & Five Prime as they pretty much serve the same audience.

I'd rate this a 3.5/5, could be improved but decent for what it is and each new design has been an improvement on the last 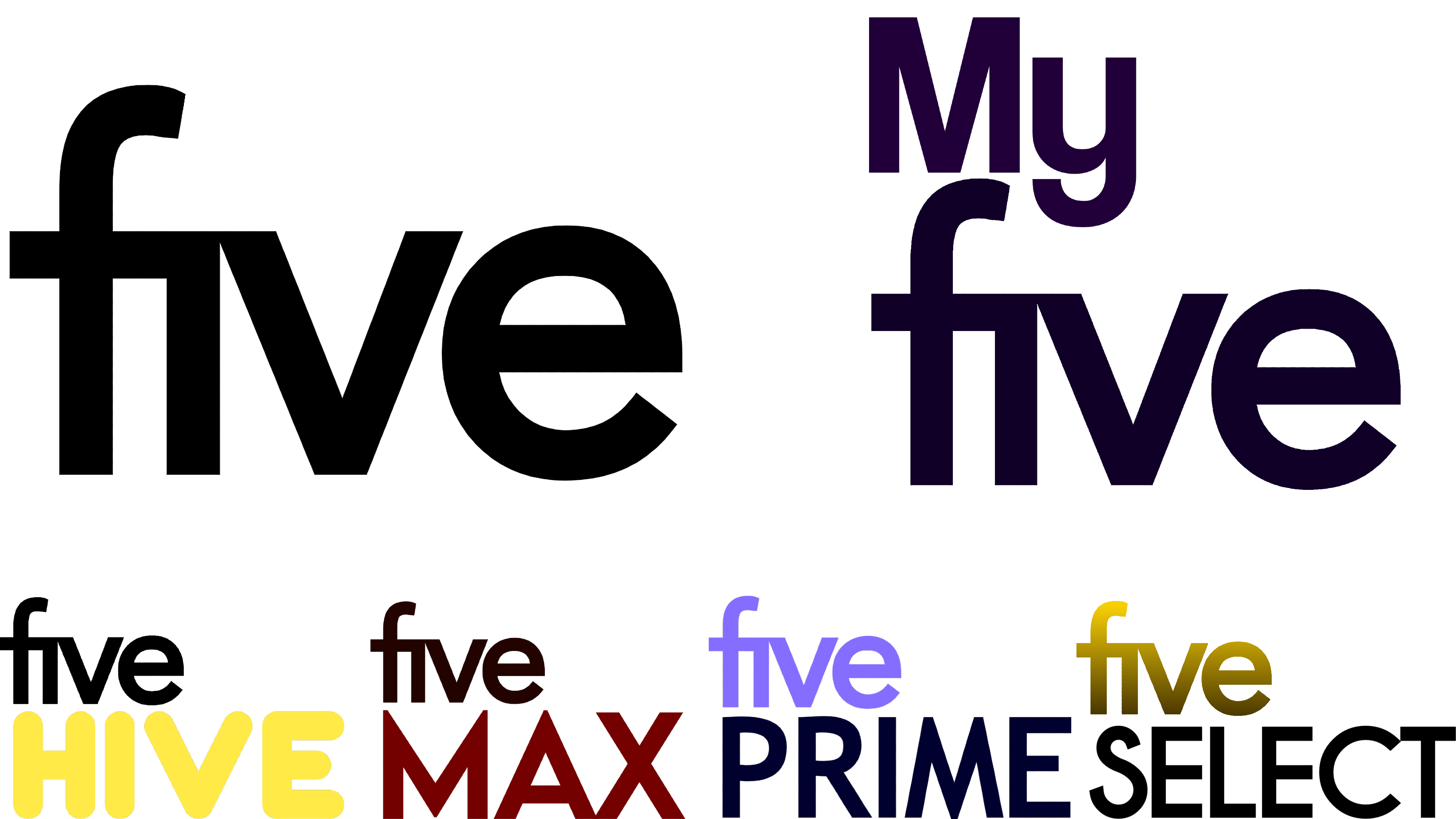 The Five logo used Avenir now instead of Coolvetica, as TVVT requested.