What if Trace had kept the Chart Show brand and went from there?

Previous Next
LY
Lynetwork Tyne Tees Look North (North East) 17 June 2020 10:00pm
DISCLAIMER: This is my first ever design on here and I've been apprehensive to post my ideas since I know that The Gallery will tell it like it is. Usually my Gallery interactions involve providing critiques other designs and lots and lots of lurking. But I've been working on different elements of this project to distract me from the horrors of the real world and two weeks later I decided that a couple of elements were "ready" to go. So if I seem like I'm not writing in a cohesive or normal way, it's probably because I'm nervous. Either way, I really enjoy designing logos and presentation so I wanted to post this idea. Hope you all like it!

Since Trace rebranded the remaining Chart Show channels, I've thought the whole thing was handled poorly at the least, and certainly not the fate I wanted these channels to see. But...what if this didn't happen? What if Trace had instead kept the Chart Show TV brand and used it to rejuvenate the lineup of channels? Bit of a fantasy scenario but it gave me some ideas on what I'd do differently.

First of all, the logo: 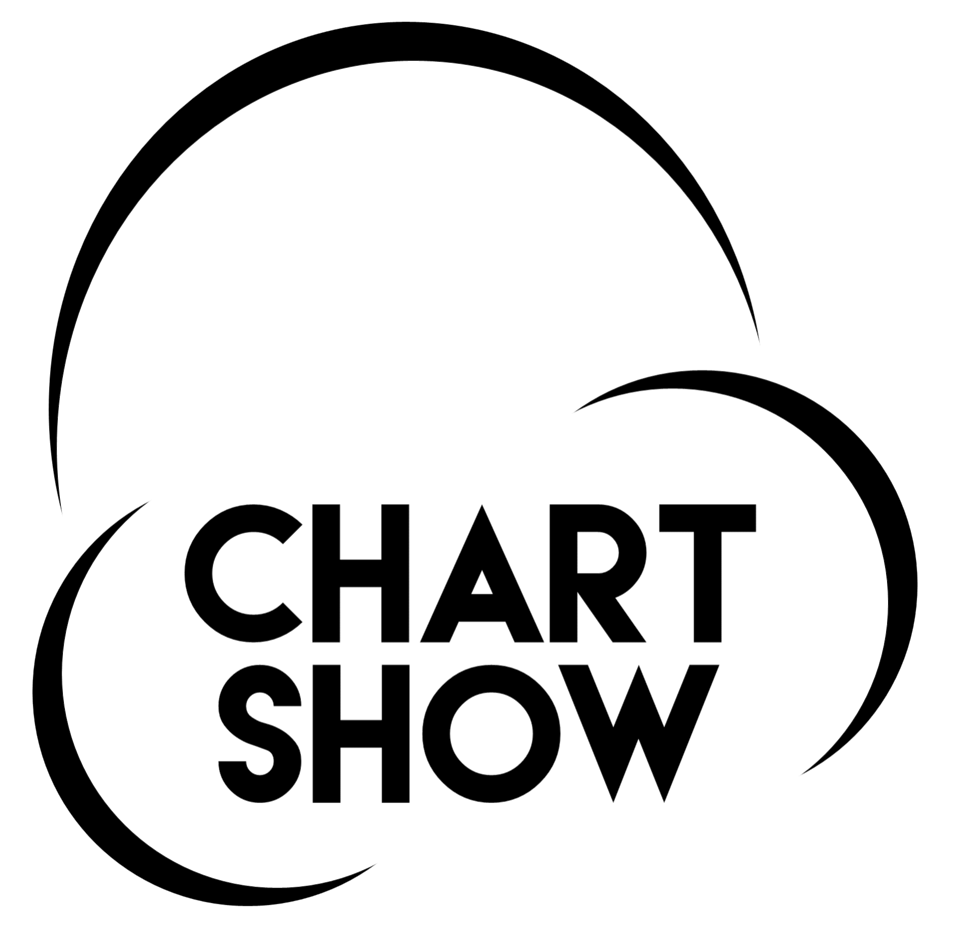 Sorry if it's a bit large. Again, first timer

I wanted to keep the headphone motif - it's become a real staple of the channel and I've always liked it. For my take on the logo, I decided to make this motif more abstract and use curves from overlapping circles to form the general shape of the headphones. One reason why I went more abstract is, simply put, the old more-literal logos came across as dated in the age of AirPods and streaming. Also, I wanted it to translate better to smaller sizes. (this might be my quarantine brain talking but) the logo also reminds me of a cloud plus the 2000s era Disney Channel logo.

I altered the kerning on the wordmark so that the O and the W had a more natural spacing, plus the end of the W lines up with the bottom of the T. I did try and incorporate 'TV' in the logo but every place I tried to put it just looked shoehorned in and not like it was supposed to be there. So it would have to be Chart Show on screen but the proper name still has TV in it.

As for the rest of the Chart Show channels I went with quite a conventional naming scheme and logo formation:

Stacked wordmark didn't work with the other channels so I kept the Chart Show name to a single line on top of the channel-specific names. Channels are as follows:

I decided to go for a bigger channel line-up reminiscent of the CSC days. Some closed channels have spiritual successors in the new lineup and some of them are even returning names. I considered Chart Show Gold as a channel but I decided to keep the more established Vault brand as it's a good archive music channel that isn't just the golden oldies. Unfortunately Starz TV didn't survive, as nostalgic as I am for that channel, because the bigger and more prestige Starz brand in the US has entered the UK market. I like to think Buzz is a good replacement. Hits is the only channel I didn't give an extra font as I see it as the second-in-command to the main channel. But I did a lot of back and forth on which fonts would work best for each channel, so each of the others feels like a genre-specific channel rather than just extending the style of the main brand with no tweaks. Each channel also has their own signature colour as shown in their logos.

One issue I have with the logos at the moment is that there's a little border from the background transparency tool on PowerPoint (this is a PowerPoint mock, guilty as charged

) and it's particularly evident with Dance, Jams and Xmas. I'm currently figuring out how to fix that but it's a work in progress.

Here is an example of on-screen graphics for the main channel: 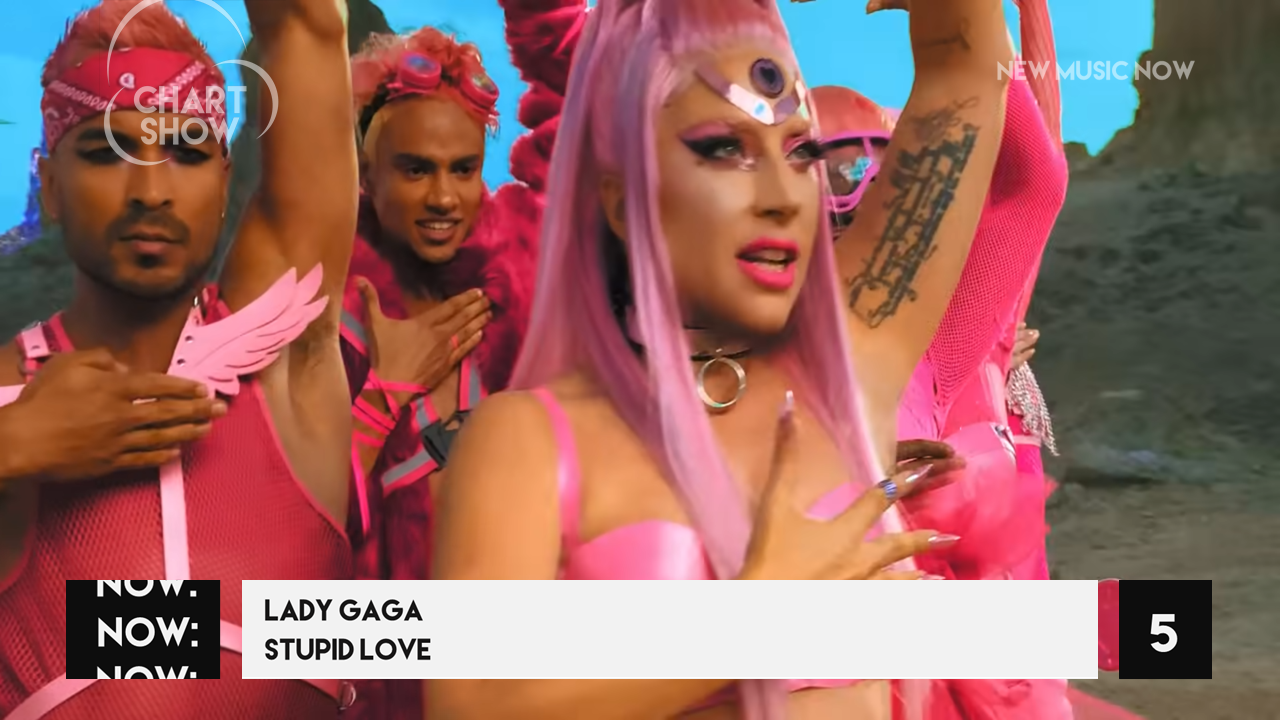 The graphics should conform to the 16:9 safe zone with the deliberate exception of the DOG, which hangs from the top of the screen. This ended up being the best option in terms of size and positioning.

I wanted to keep the graphics 2D and flat - so far I've gone with a simple block style with a scrolling 'NOW' graphic within the block. It definitely is a more basic look and particularly for the main channel where the signature colour is black. All of the channels would have white as a prominent colour on graphics, but the second colour will change across channels to match each one's signature colour. For instance, here's what Chart Show Buzz would look like: 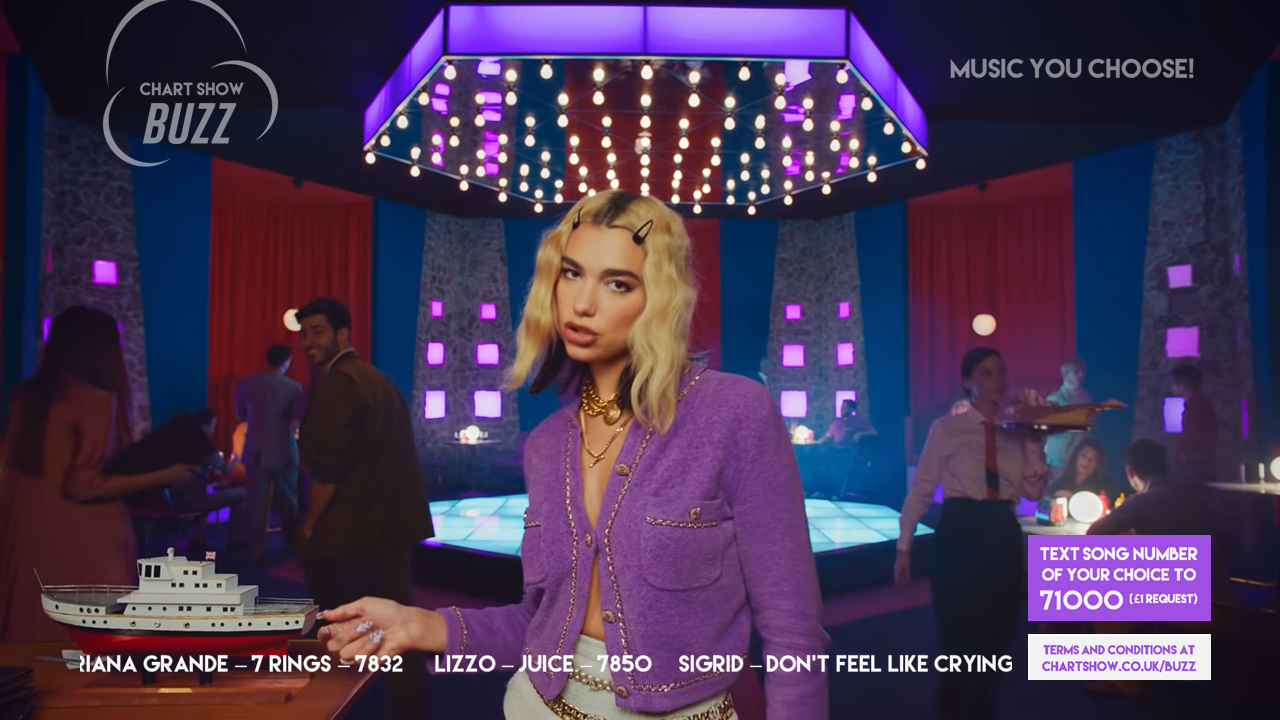 Whereas the main channel has black text on white/white text on black, Chart Show Buzz has purple instead of black.

The graphics on Chart Show Buzz would be very similar to late-era Starz TV with a simple ticker down the bottom with song codes. I moved the instructions to the bottom and boxed them to make them stand out more. If you have an interactive channel, the instructions should be relatively bold.

As a bonus, here is one of the concepts I briefly tried for a bumper still: 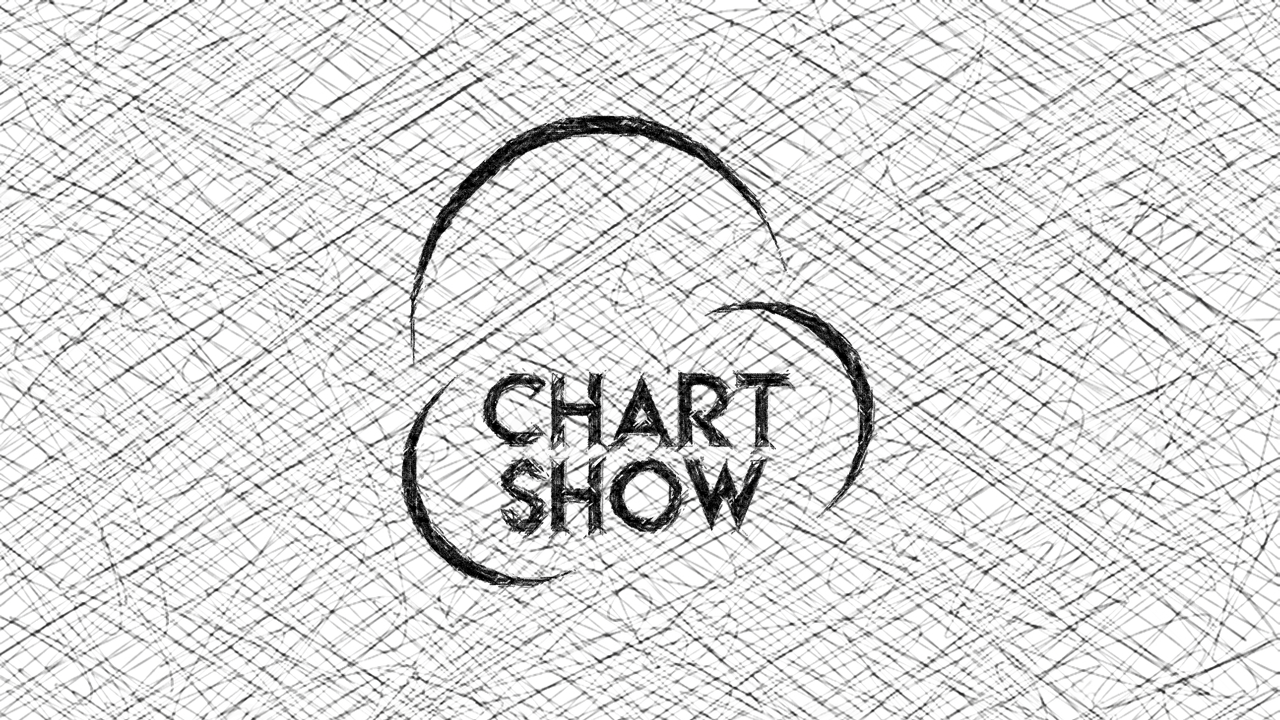 The idea was to do bumpers directly inspired by iconic music videos. The one I tested out above is inspired by A-ha's Take on Me. This is the only bumper in this 'series' because I ran out of decent ideas

Overall I think even though that's a cool idea on it's own, it doesn't really mesh with the theme of the channel, which is current chart music. So that one was scrapped but I thought it would be a fun bonus shot.

Feel free to let me know what you think of this. I'm continuing to work on this project and I want to take on board feedback to make this better, even with the limited software I have. Any advice or critique is appreciated.
Last edited by Lynetwork on 21 June 2020 10:02pm

For a first mock, I think this is impressive and something to be proud of. Please don't be nervous!

The logos look good in my opinion, and the subtle yet consistent way you have styled each individual channel is very pleasing.

I like the repeated 'now' on the on-screen graphic slide. That looks modern and slick while still being readable, and the scrolling ticker at the bottom looks good too.

The only thing I would suggest is possibly tweaking/lessening the topmost curve in the logo so that it takes up less space on screen as the DOG currently needs to be quite large in order for the text to be easily readable by the viewer.

Otherwise - really liking this, a strong start. Well done.
Last edited by DavidWhitfield on 17 June 2020 10:14pm
Guess who's big in the back time!

JetixFann450 STV Central Reporting Scotland 17 June 2020 10:28pm
That is a pretty good bar to start off with your first mock. I think it's quite clever, I quite like having the lines represent headphones, but it does feel more like the outline of 'popcorn'. Maybe make the lines thicker or tilt the image slightly? Other than that, yeah I'd change the size of the DOG since it's slightly hitting the edge. Pretty impressive.

PATV Scunthorpe Yorkshire Look North (E.Yorks & Lincs) 18 June 2020 12:28am
I think everything looks okay, I would possibly rethink the logo, as even before I read what you put I immediately thought about the Disney Channel logo.

As the others have said, I'd rethink the DOG, it's quite big and I think the text should be what is aligned to the top corner matching the graphics, rather than the two headphones.
“Nostalgia’s cool, but it won’t help me now, the dream is good, if you don’t wear it out.”

FanOfTV99 Granada North West Today 18 June 2020 6:09am
For someone who is doing this for the first time, this is really good.

I will admit that the DOG could be smaller but other than that, I love it.

Coolclam98 New member Anglia (East) East Midlands Today 18 June 2020 11:38am
Pretty good for a first post. The only thing I have to say is that the Chart Show logo isn't in the corner.

4/5
LY
Lynetwork Tyne Tees Look North (North East) 21 June 2020 6:13pm
Thank you to everyone who's given feedback - it's been very helpful and I appreciate the support. Plus it's made me a lot less nervous about posting on here!

The main criticisms have been the size and positioning of the DOG so I made that my priority:
- I've positioned it higher up so that the Chart Show wordmark lines up with the program name.
- I made the logo smaller and roughly the same width as the 'NOW' graphic.
Please let me know if this is an improvement or if I've ended up going backwards!

When I was working on the mock images with the modified DOG, I decided to test out music videos with different aspect ratios, and there I found...a new problem. Nothing to do with the DOG, but the lower graphics. Because of the black stripes on 4:3 and widescreen filmed videos, the graphics on the main channel would blend into the screen. Therefore, Chart Show's signature colour on the graphics can't be black (it isn't exactly 000000 black but it's close enough to be an issue). I decided to work with a denim blue instead but this could still change (let me know what you think of this choice).

I also made a version with inverse graphics as a potential option. 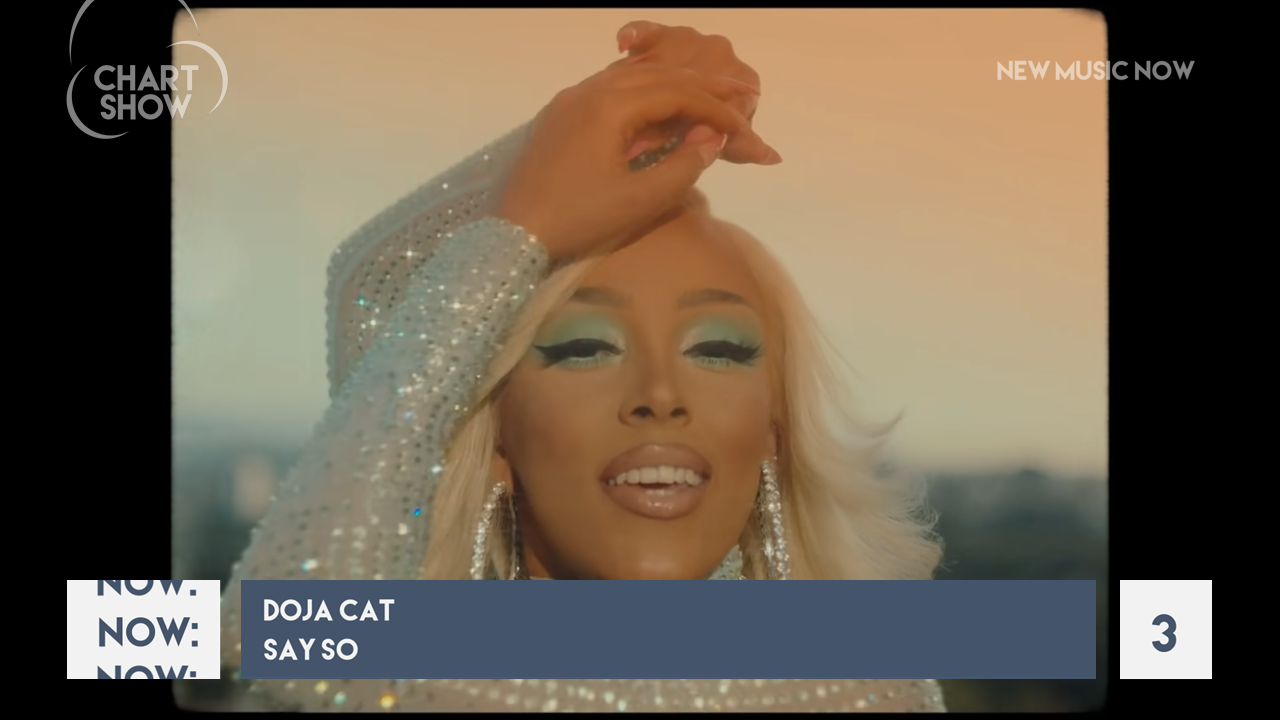 Here's the DOG and program name without lower graphics to give you a better idea of the DOG's positioning: 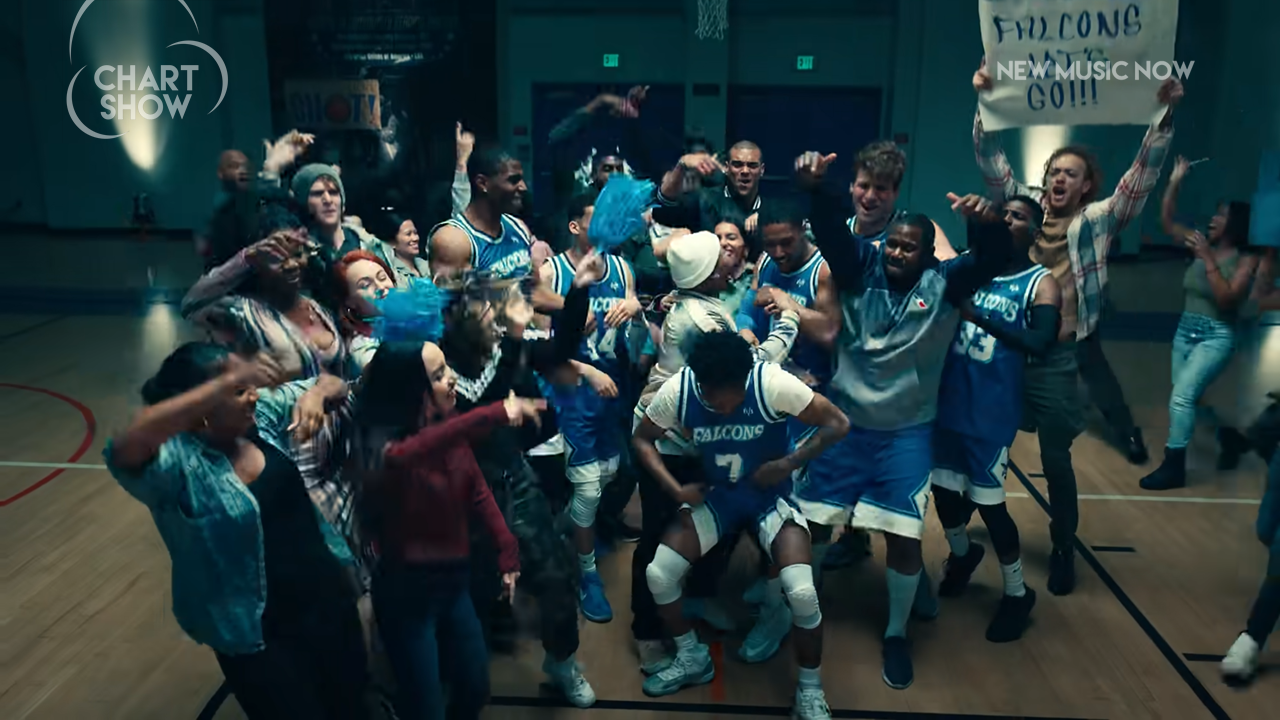 And finally a test of the graphics on Chart Show Vault without the numeral graphic, since not every block is in a chart format.

Thanks again for all of the feedback. I'm thinking of some ideas for off-screen presentation such as social media but I want to get these on-screen graphics right first, so any thoughts on these modifications are much appreciated.

Coolclam98 New member Anglia (East) East Midlands Today 24 June 2020 8:49am
Still pretty good however like I said the logo isn't centred right but apart from that the graphics are pretty good.

Because when I went back to work on the mock I started to notice the latter issue, so I had a go at altering the logo slightly: 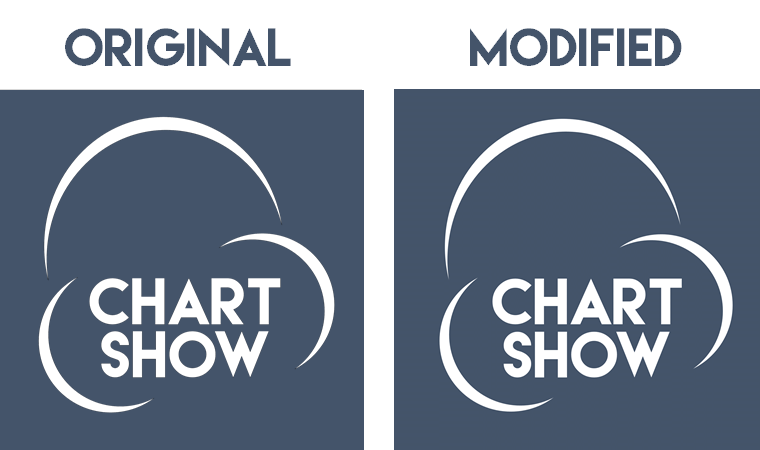 New overlaid on top of old: 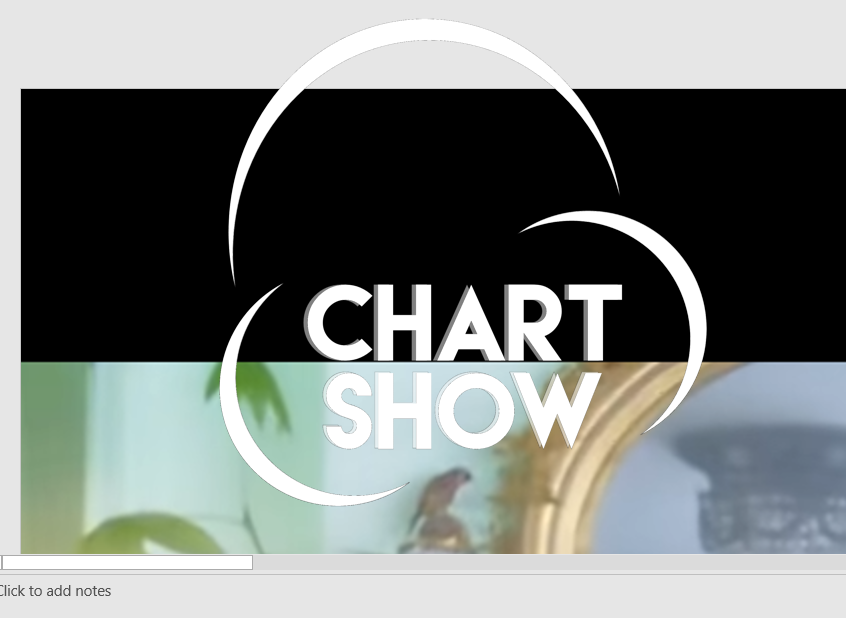 And how the mod looks on screen:

It's a pretty small difference but I think it's helped shift the balance on the logo. Depending on feedback I'll do a similar thing with the other channel logos. If this isn't what you were referring to, I apologise!

Coolclam98 New member Anglia (East) East Midlands Today 1 July 2020 9:27pm
Quote:
Thanks for the feedback! Just to clarify, are you referring to the position of the logo onscreen (the DOG) or the position of the text within the headphones?
The latter, the logo in the top left corner. 😀
LY
Lynetwork Tyne Tees Look North (North East) 2 July 2020 3:22pm
This is something I wasn't sure was even possible with the software, but I've actually had a go at animating the on-screen graphics. This is the first time I've properly done this kind of animation so it's still a little rough (the end transition still needs quite a bit of polishing) but it should give you an idea of how they animate on screen. It also has a hint of the stuff I'm trying out for transitional graphics (now-next menus and endboards).

I've also moved the DOG ever so slightly so it lines up roughly in the centre of the 'NOW' graphic.