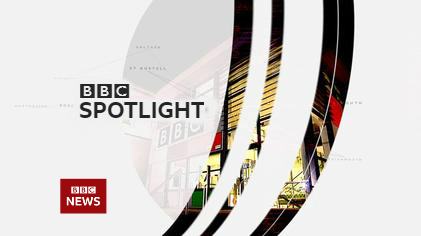 
I will say to you the same thing I tell everybody when they get upset that others think their mocks are crap.

If you are not an "expert mock creator" (in your words) then you're not going to become one by waving a magic wand around and shouting Abracadabra. You need to become one by learning from the feedback you get from what you're posting, you need to know your software and you need to realise one key thing:

Keyboard players don't get good at the keyboard by just learning how to read musical notation; any Tom, Dick and Harry can bash the keys and make it sound like a cat being strangled. They practice on a keyboard to make their playing sound good, its no different in mocking.
NL
Ne1L C Yorkshire Look North (Yorkshire) 22 June 2019 6:22pm
This is a reply to a message I sent to Markmcm who is behind TVARK when I asked about making better mocks:
Practice practice practice is the best advice. The very first mock image I produced was back in 2001! Things definitely improve over time. If you're trying to mock an ident from a specific era, do your research. Look at actual designs, typefaces, colour schemes that were used at the time. A great site for typefaces used in the 60s, 70s and 80s is Fonts In Use:
https://fontsinuse.com/

Get yourself a decent art app (Paint Shop Pro or Photoshop I'd highly recommend), don't rush things - take your time designing and editing and ONLY release it into the public domain once you're really happy with the result. Could you imagine your design being used on TV? Be ruthless, if something doesn't look right, go back and edit.

You may or may not remember a mocks site I ran many years ago called APFS. There's an archived version here. All pages work (except for the Forum):
http://www.mcmweb.co.uk/apfs/index.html

Have a look at the galleries here and also in the Contributors section - loads of great ideas (some visually executed wonderfully, others creatively well-written). Get inspired, get mocking!

MW
Mike W London London 23 June 2019 1:11am
I'm really confused here, so not only have you made (an already) poorly rendered endcard, you've made it worse.

As above, never mind seeing inspiration elsewhere - the tools you have make a lot of the mocks, there are some free apps such as GIMP out there that can make quality stills quickly. The reality here is poor execution.


People do have "chances", that's what the New Post button in the Gallery forum is for.
This is a TV presentation forum. It should hopefully go without saying that the Gallery/Mock forum is going to be full of people's efforts (good, bad or otherwise) to create a TV presentation package that looks good on air. we have to judge it on that basis. This isn't Mumnet, we're not here to say your mock is the best thing since sliced bread.

It's been proved many times over you don't need fancy software. Paint will do it, or even PowerPoint. A lot of mocking boils down to just using text, images, colour and placing in a good looking combination and arrangement. Check out "Jim'll Paint It", on Facebook or Twitter or his Tumblr blog - works of art created entirely on Microsoft Paint.
NL
Ne1L C Yorkshire Look North (Yorkshire) 24 June 2019 3:38pm
Experimentation is a major factor. A mocker on YT called TVMocks2008 created some truly amazing mocks using various pieces of software. Mix and match your resources.