This site closed in March 2021 and is now a read-only archive
IT
Ittr 5 March 2021 8:12am
So I made these and have used them a while ago, and I figured it'd be worth posting all of these in light of the closure of the forum. This thread features recreations (not to scale!) of BBC News studios from 2008-present, including TVC N6, N8, and N9 (no shell), as well as NBH B, C and something that looks like D. There were some other bits (e.g. TC7, E) which I recreated with the help of some others back in 2018, but I think they're too lacking now by contrast and would probably weigh everything else here down.

Each studio piece contains 1-3 images depending on whether it makes sense to provide them to show the full extent of the studio. Some pictures have a lower field of view (mainly main desk shots).

I built these to look similar enough to the real ones that you could tell what they're based on. As a result they look reasonably accurate but may be off in terms of scale. The colour schemes and style (gradients) were based on another recreation elsewhere on the platform, and were added to give the sets some extra depth.

This is one I'd tried doing various times, but could never get the detail quite right. In any case, I was quite satisfied with this version when I'd finished it in January of last year as I felt it was quite on point (barring a backdrop texturing issue on the further right screen). Despite the fact you can't see it in these images, the red neon under the desk tray is definitely there. 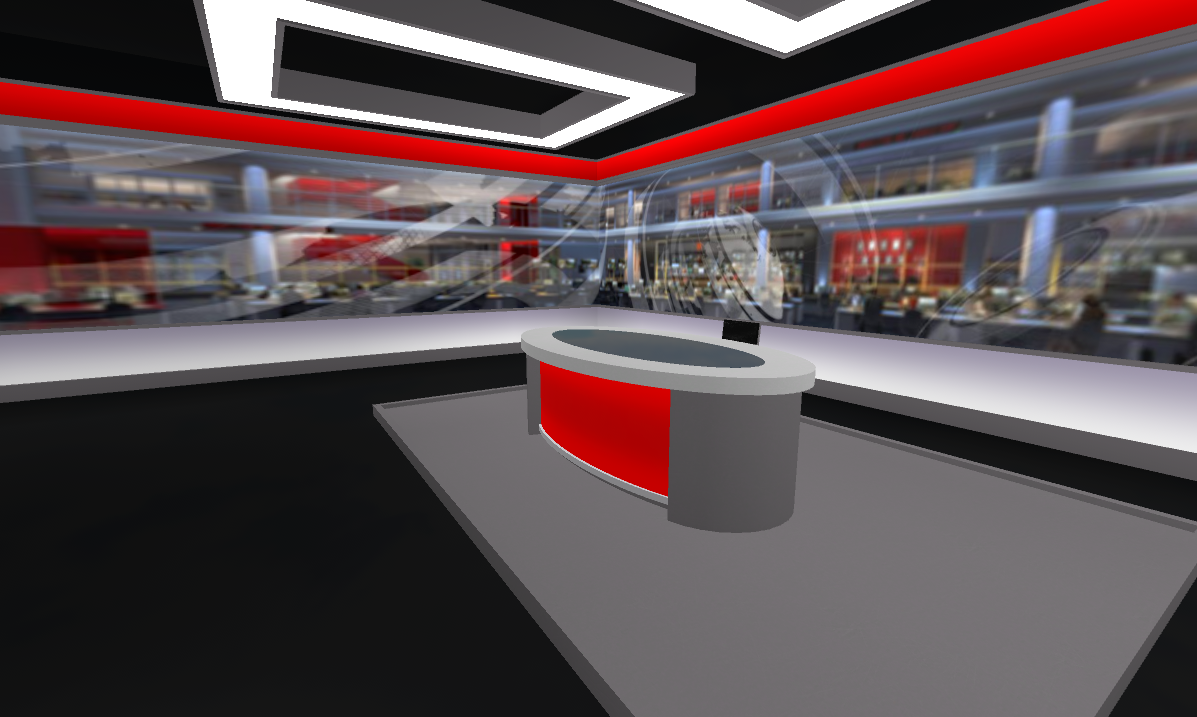 Something like the Breakfast preview shot but at a weird angle

I've built this set twice, and despite being far happier with the second version, I feel like I made it too low down. As a result I took these images with a different Field of View set to try and achieve something that looks closer to the studio shots.

This isn't a studio I ended up completing as there isn't much footage or imagery of the 2010-2013 version, but I tried to make something which looks somewhat similar atleast.

Primary desk shot, was used during some less important election coverage in 2011/12 and for a day or two on BBC World News in 2011 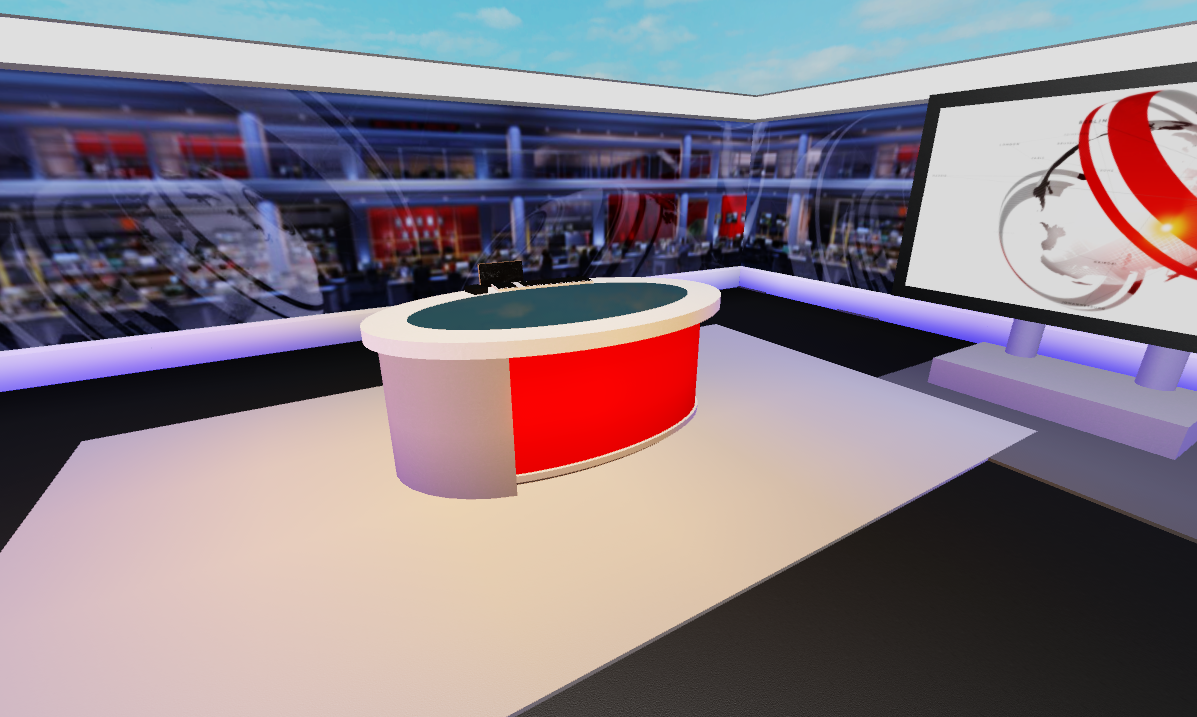 View from the desk of the other side of the studio - very similar to N6 but slightly different including the standing screen at the side.

This studio was largely created for me by Toasty603 so I want to thank him for that. I made some design tweaks and touchups to try and make it seem somewhat more accurate to how it (then) looked on air. We'd tried doing the other side of the set but the solid modelling system was being a pain in regards to trying to install a screen backdrop and messing it up, so we decided to leave it hidden at the time - it was never completed. On the other hand, B2 was completed and I can share how that one turned out below.

Secondary desk angle (the way we designed it made it quite tricky to be able to do the main shot, so this is the best I can do)

This studio was one of the first 2013-style ones I did and therefore might be quite off in certain aspects (I still need to tidy up the catwalk's circular alignment with the desk), but I was overall quite satisfied with how it looks (backdrops aren't accurate because I don't have the actual one in this case, unlike with N6). Not quite sure about the area to the right and how far away it is from the desk but it could be worse (it doesn't seem as bad up close), so I've tried to pan away from that section in these pictures.

Camera intro shot at the top of the hour

I'm not quite sure if this studio's design matches D well at all, but I was helped by Toasty again here with this one. I think it looks closest to NBH D but I may be wrong. Because this studio is a lot smaller than the others, there's no standing shot.

This was first archived on 1 September 2021