I've been working on updating the BBC News graphics with Reith on and off for the last few months; getting a glimpse of what's coming up has inspired me to finish the project. The new 'N' icon can be used alongside the main News logo, and on social media. The china red has been replaced with a more 'muted' red, and the globe motifs have been replaced in favour of a new, angled look seen in the titles and on social media. The new lower thirds would be used across all BBC News regions and shows, helping to keep a consistent look. 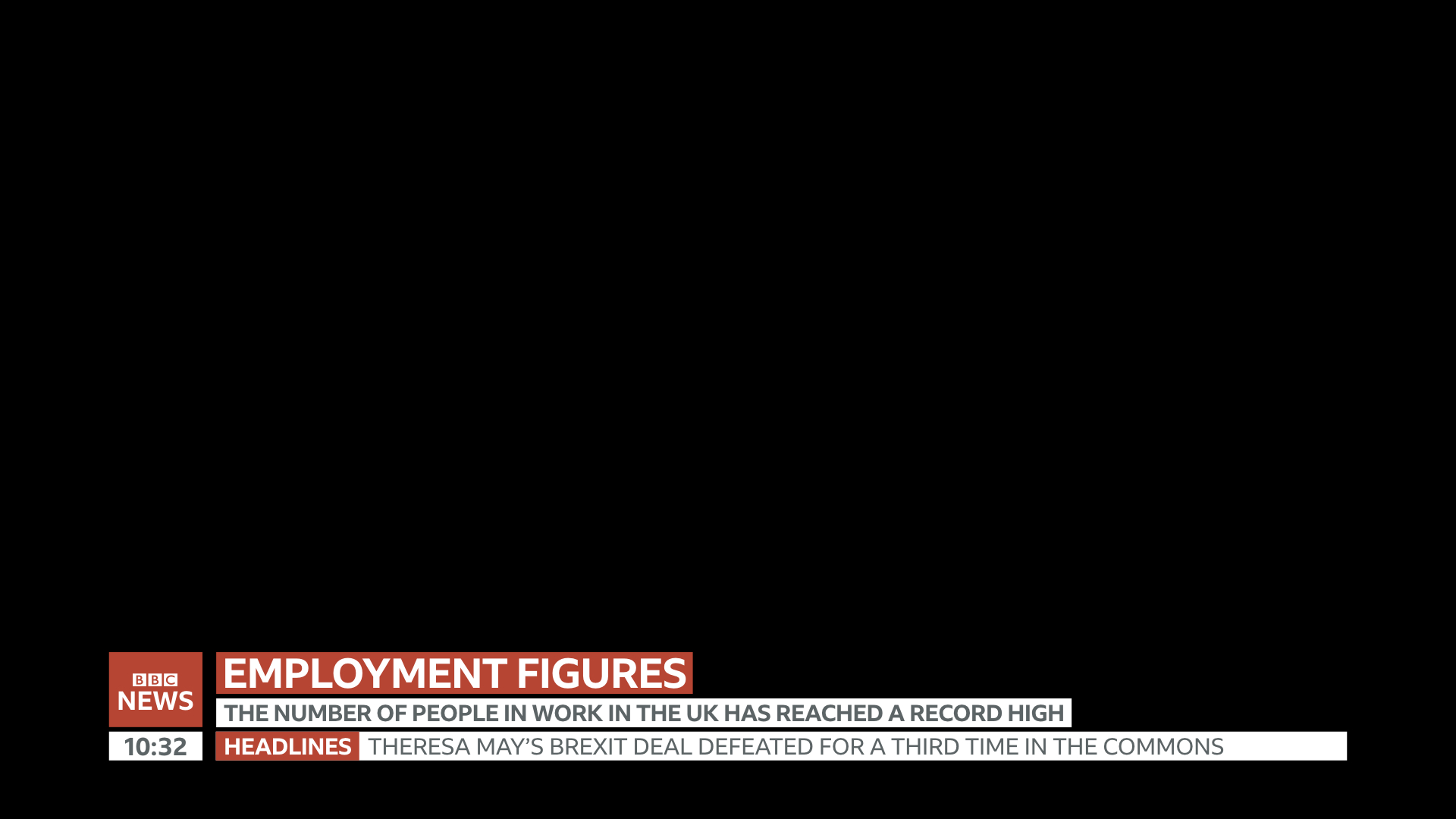 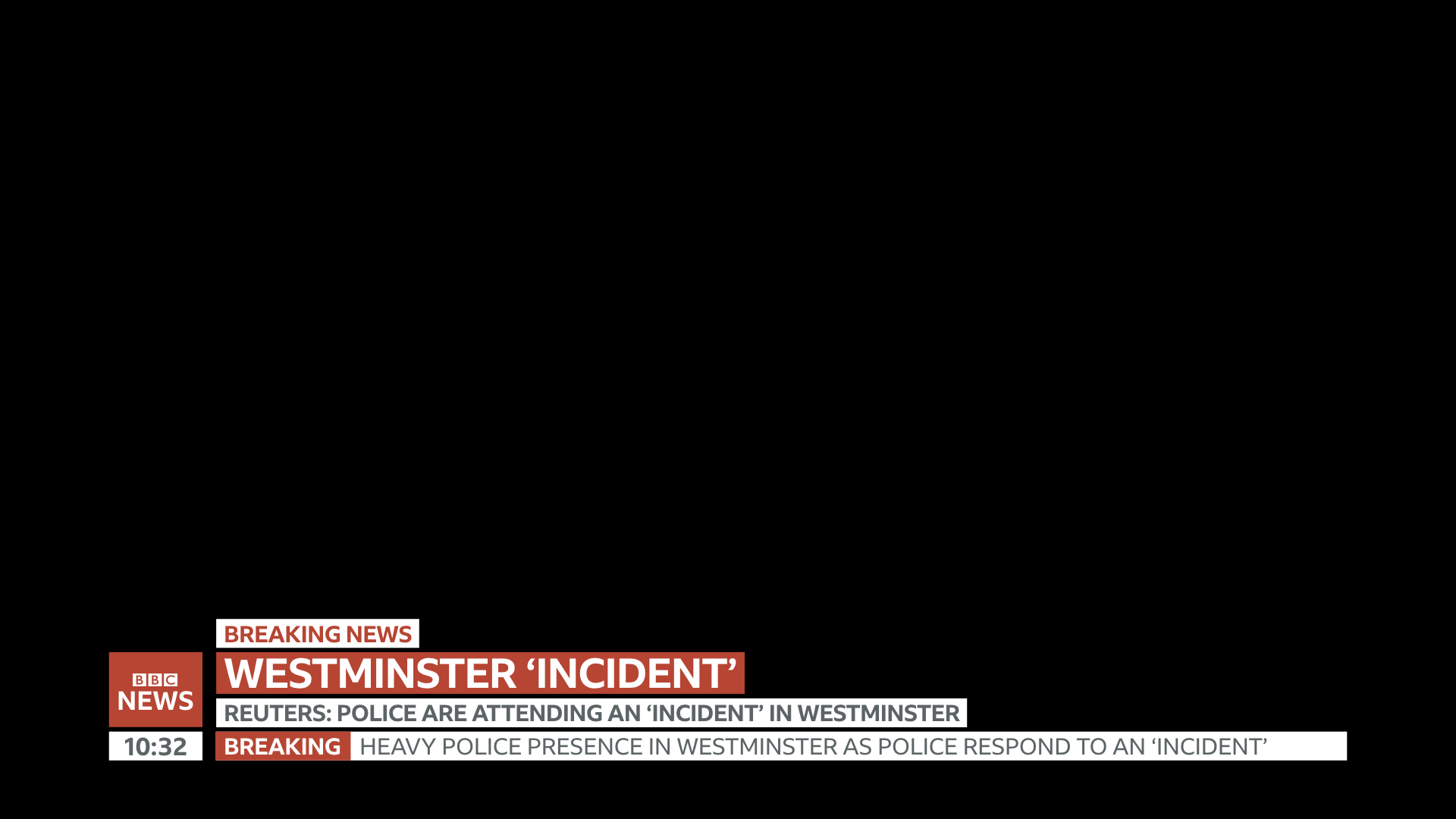 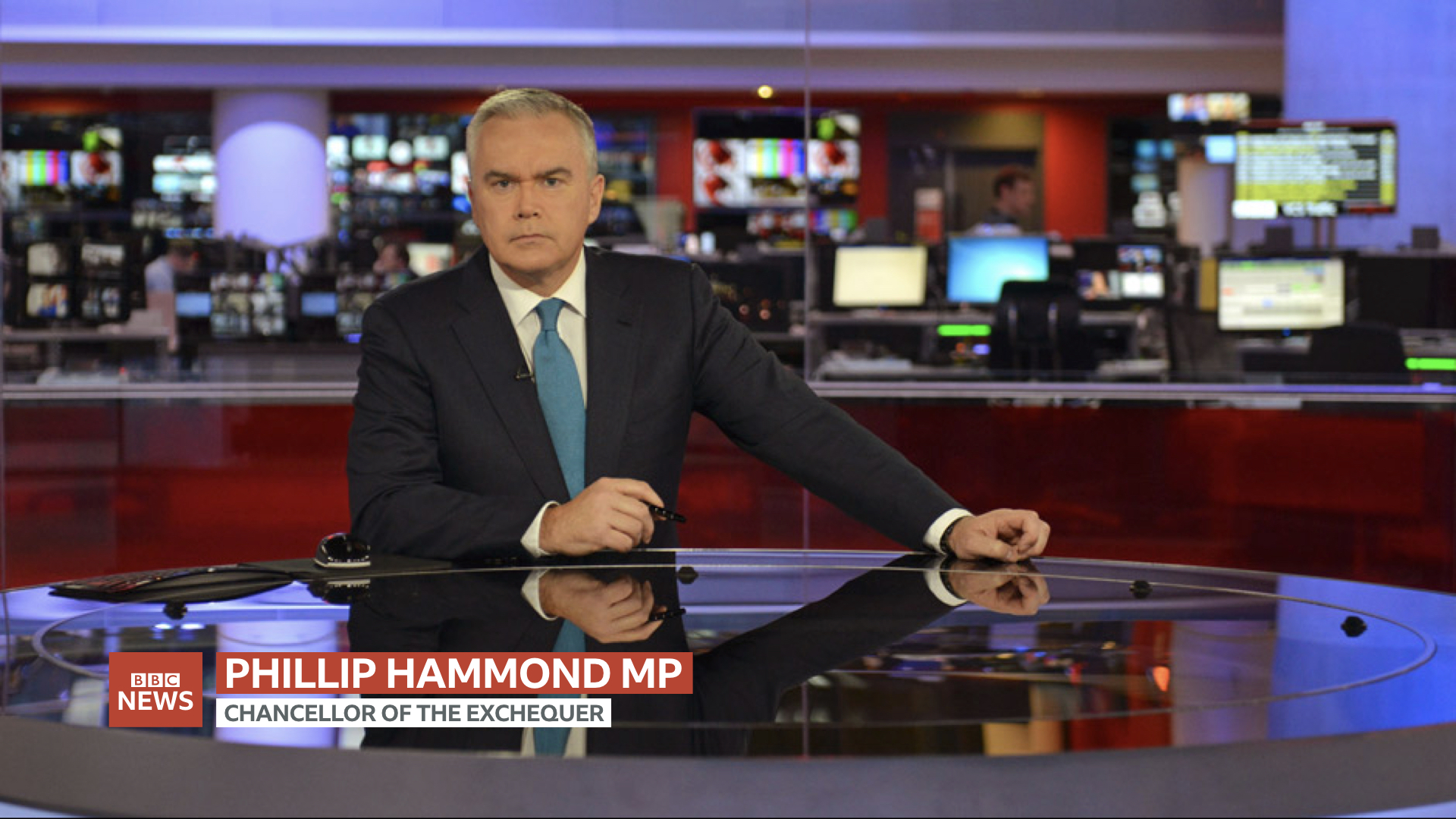 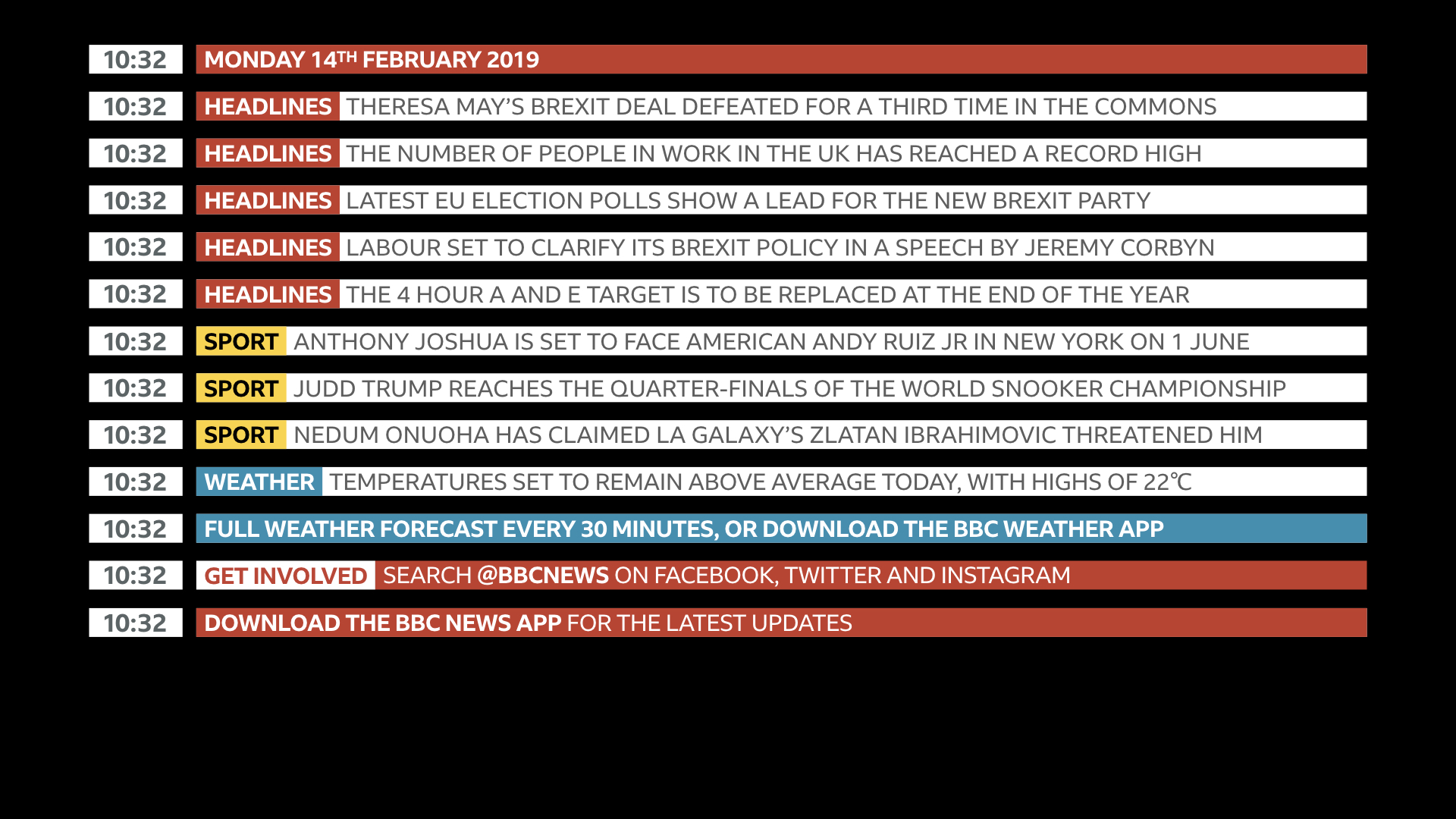 Storyboard for TOTH (and BBC One bulletins): 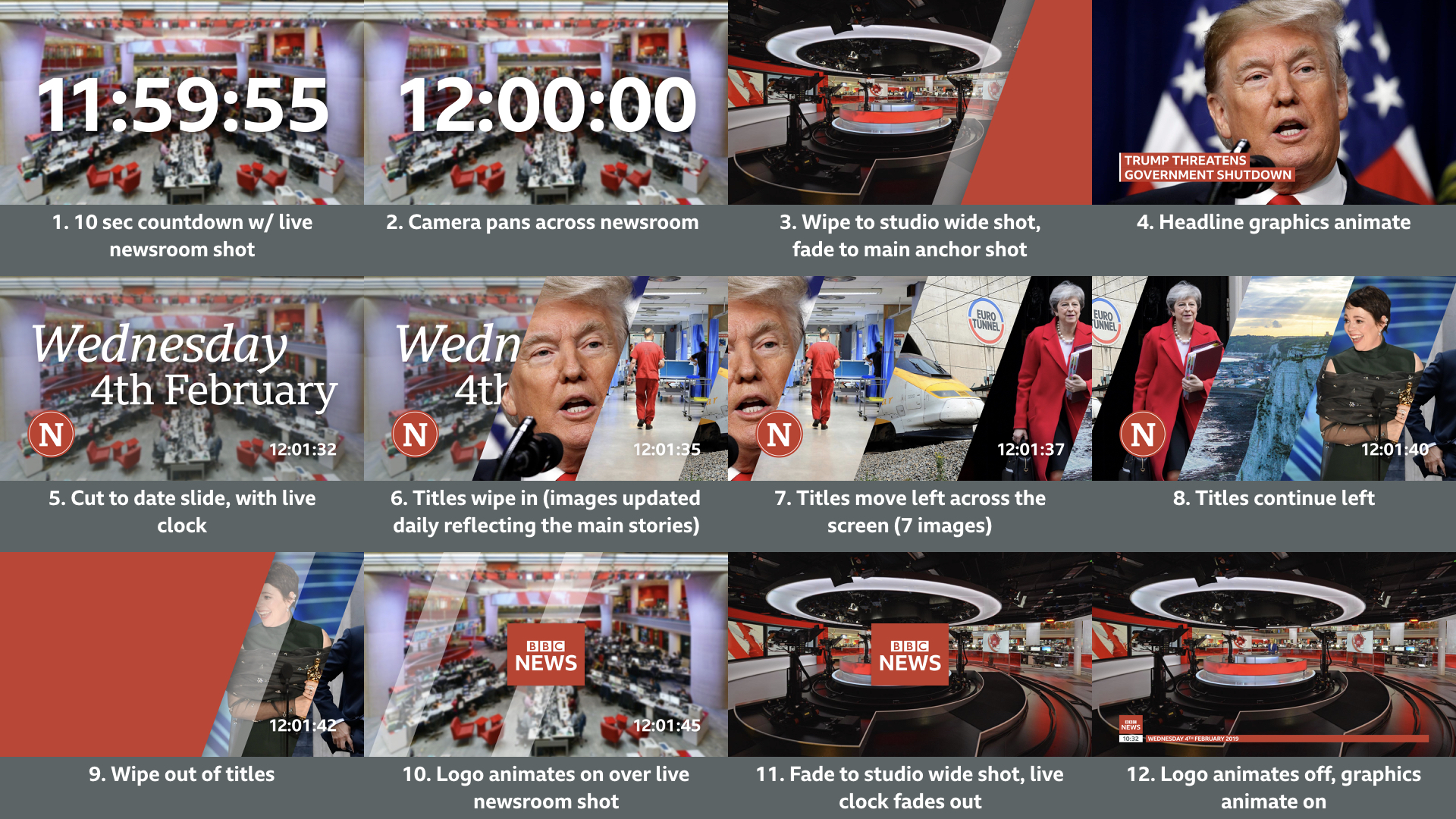 The titles would be changed daily to reflect the main stories of the day. Various live shots of the newsroom, along with a live clock, helps to give a sense of immediacy. 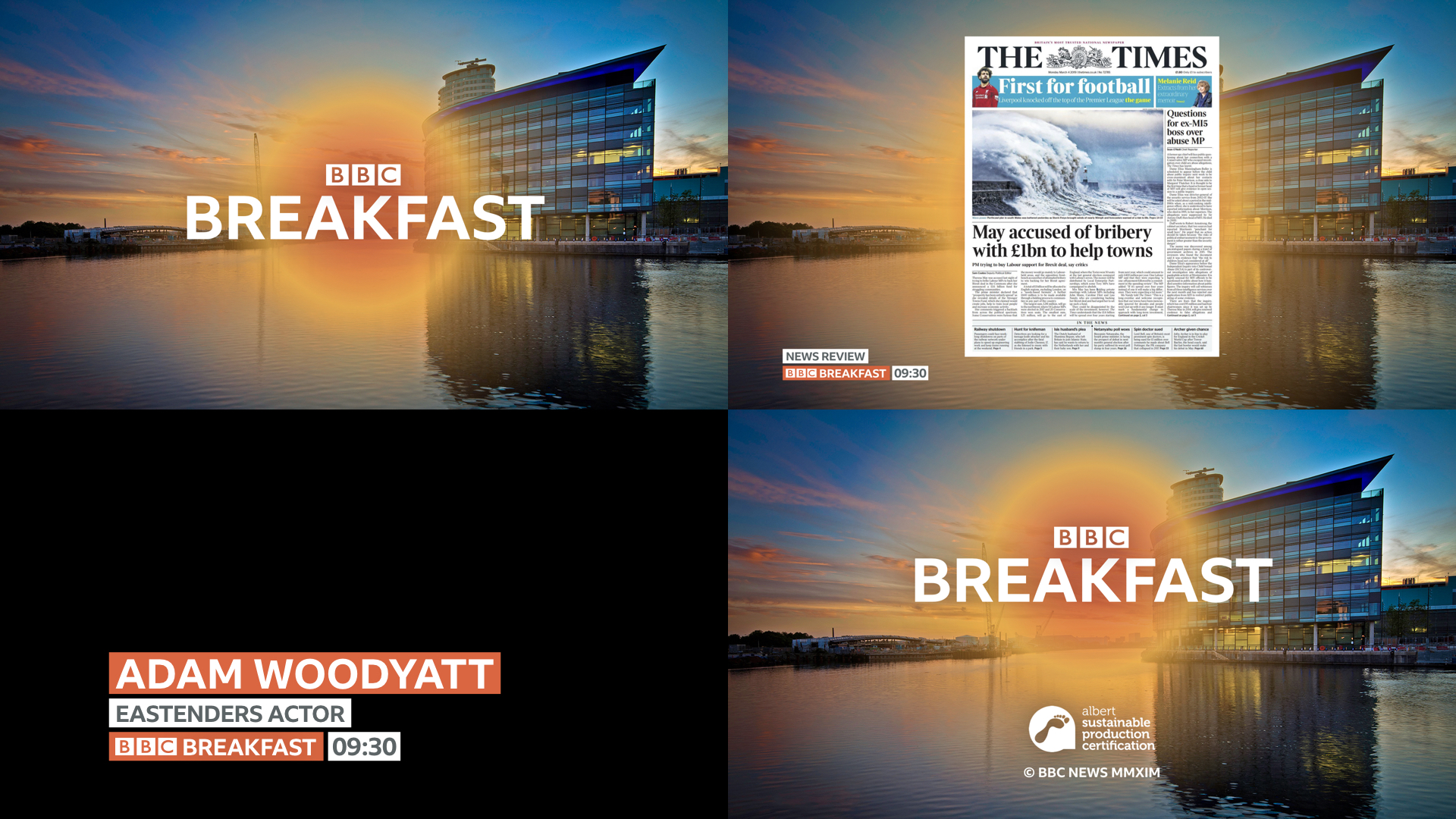 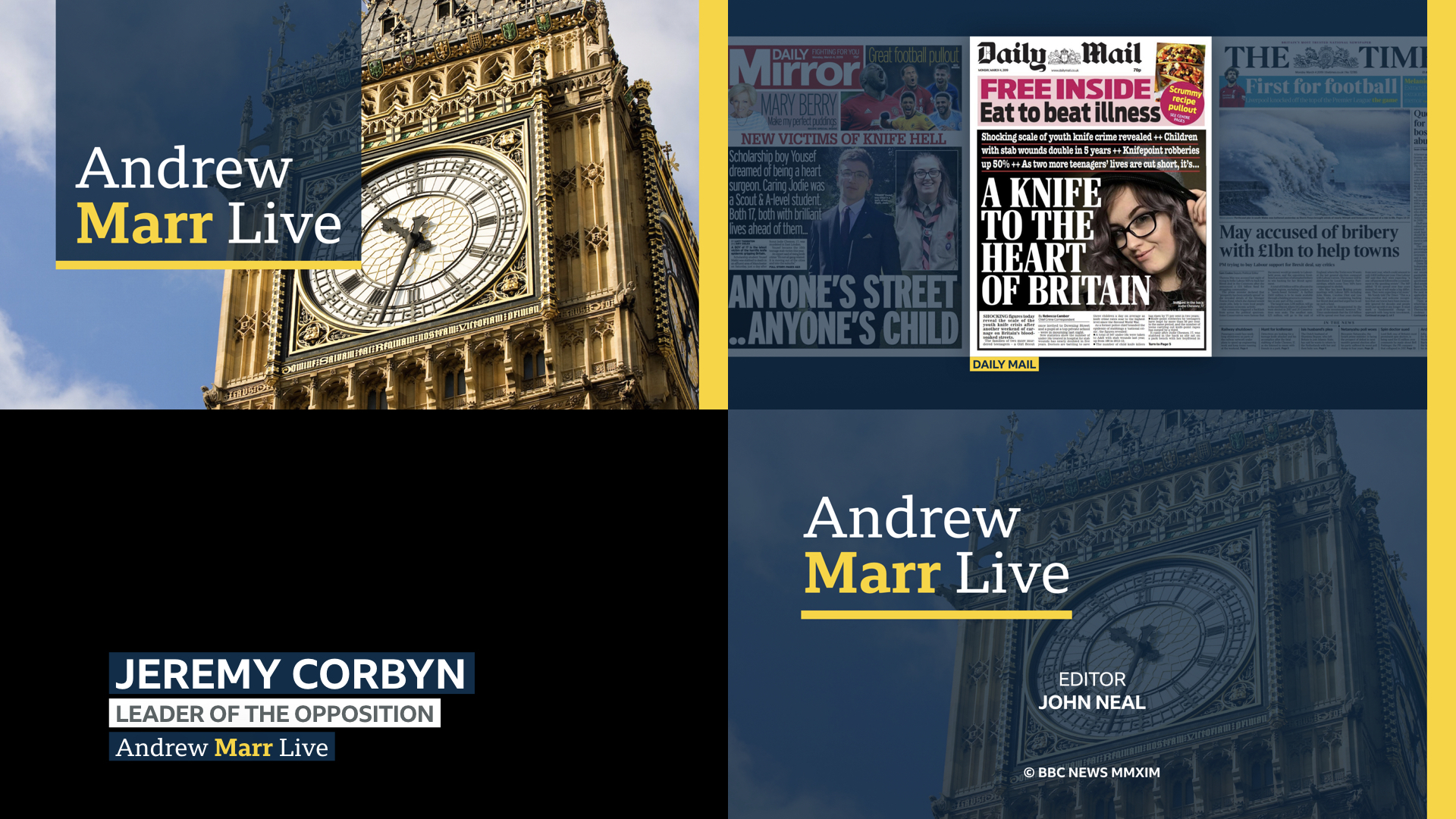 Standard graphics template for all BBC regions and news shows: 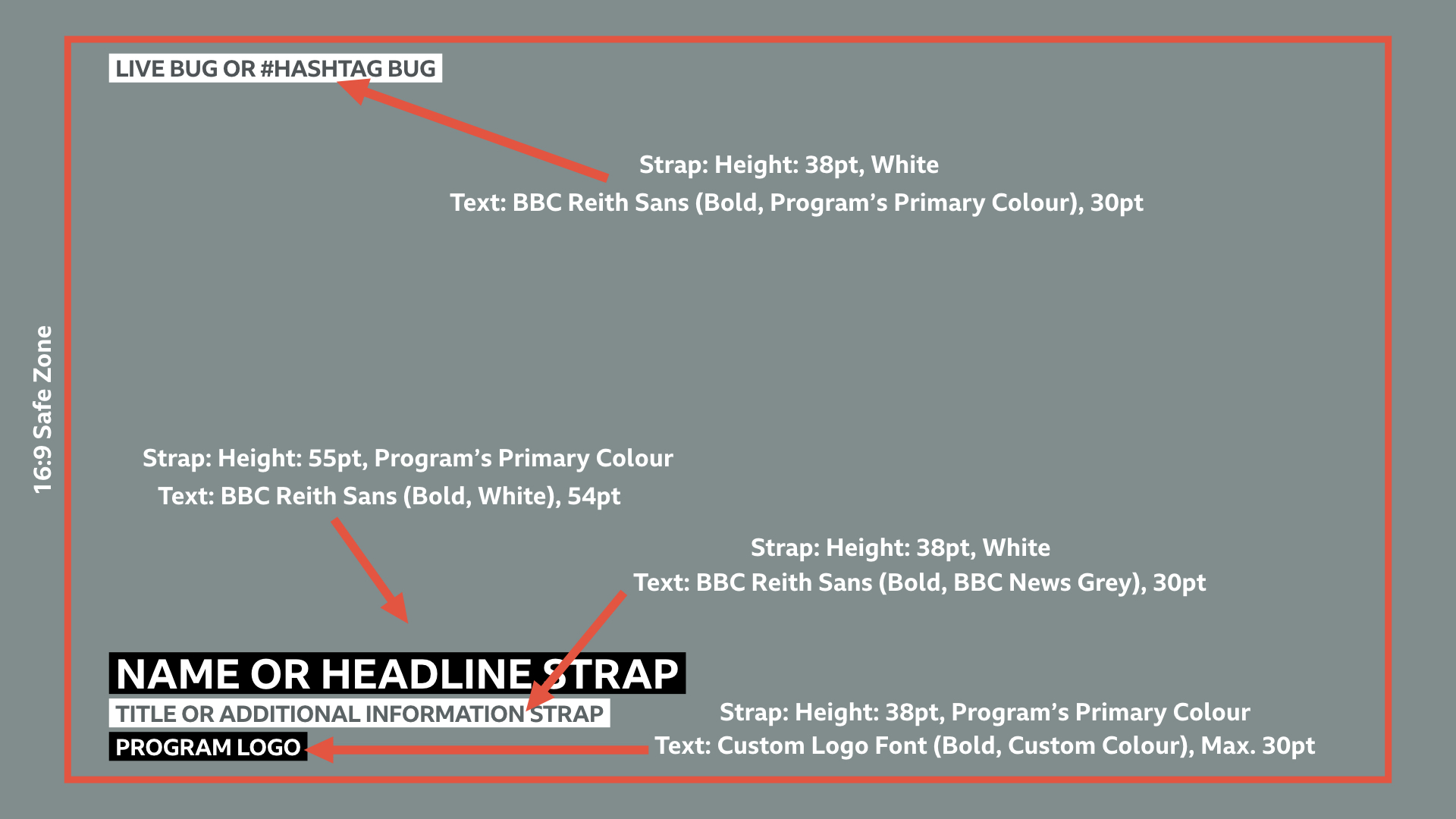 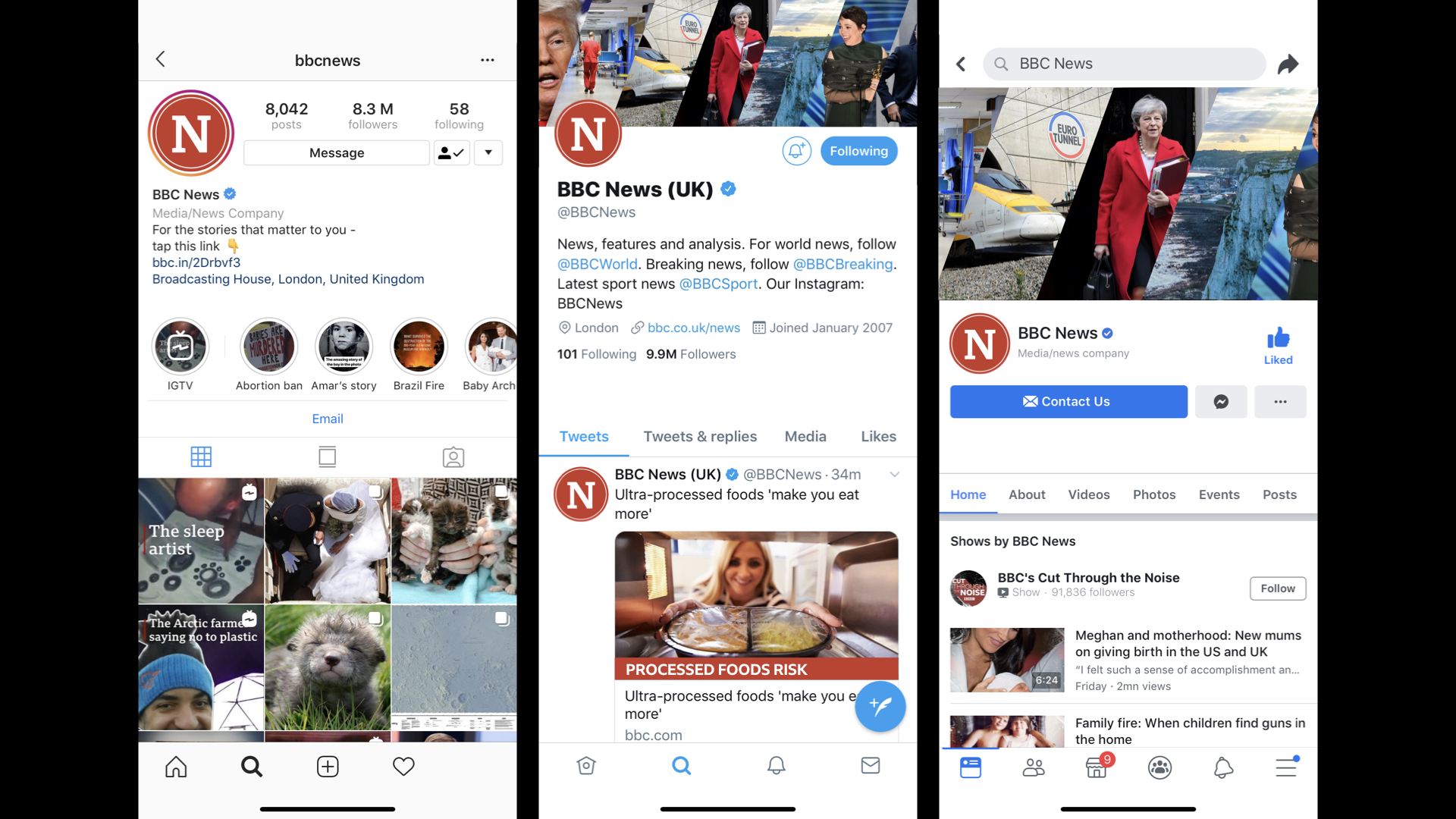 Any comments and feedback would be much appreciated,

I think the BBC News text in the box might be slightly too small though, unless its just me?

I am reminded somewhat of Sky News sort of graphics here from a previous incarnation of theirs in different colours but that aside this all looks nice.
BB
BBI45 17 May 2019 11:21pm
It would be nice to see the TOTH in video form. Other than that, I can only echo what has been said so far, and I'm willing to give it 5/5.
NB
NicB1971 18 May 2019 12:39am
Outstanding work. It always amazes me that the quality of some mocks on here - such as this - is actually far better than the real thing. I so admire Dave Jeffrey's work and put that as a benchmark - reach that and you're on to a winner. I doff my hat to you and other bright guys.
CH
chris 18 May 2019 12:40am
Graphics for the news are v nice

The N logo though makes no sense - why would anyone see an ‘N’ in a different font style to the rest of the brand become synonymous with BBC News? And I don’t quite get why Andrew Marr has been renamed Andrew Marr Live?
TV
TVViewer256 18 May 2019 7:27am
Very very very good. I love it. A bit of GMB, mixed in with a hint of the current TODAY graphics whilst keeping the BBC News feel. Excellent!
DO
dosxuk 18 May 2019 8:31am
Social media icons for BBC News, with neither a BBC logo or "News" in it? Yeah, not going to happen.
AA
Aaron_2015 18 May 2019 9:16am
Many thanks for all your comments.

BBI45 posted:
It would be nice to see the TOTH in video form. Other than that, I can only echo what has been said so far, and I'm willing to give it 5/5.


I am hoping to animate the TOTH and openers for the 10 when I get a bit more time, here's what I've got so far for the 10: (Admittedly not very much!)

chris posted:
Graphics for the news are v nice

The N logo though makes no sense - why would anyone see an ‘N’ in a different font style to the rest of the brand become synonymous with BBC News? And I don’t quite get why Andrew Marr has been renamed Andrew Marr Live?


I think the 'N' can be in Reith Serif and still become recognisable, Serif looks a little more interesting visually. I would have used Serif for the main logo, but I think Serif in caps looks a little outdated. Using the icon throughout the rest of the presentation should help it become synonymous with BBC News. Full logos tend to get 'squashed' on social media (especially on Instagram Stories, where you can hardly see the text), so I do think it's important for BBC News to have an icon that can sit alongside the main logo. Renaming Andrew Marr was just down to personal preference.


Most companies and media organisations have used icons on social media for a while. In most instances, the icon doesn’t feature the full brand name. Was the icon really the only thing worth commenting on in the entire mock?
BR
Brekkie 18 May 2019 4:43pm
A nice effort but Sky News want their graphics back. Just not distinctive enough and the astons feel a few years behind the times.

Overall though I do like what you're trying to do, but I think you need more originality in the astons (or at least for them not to be directly comparable to a set from the rival).

And is that Reith for Breakfast?
CR
Critique 18 May 2019 8:34pm
I do think these are quite nice - the on-screen graphics are nicely laid out and it generally all looks good! However, there are a few things I'm less keen on, such as the use of diagonals in the proposed titles, which seems a bit BBC London News circa-2005 and I don't think ties in with the other on-screen graphics which are all neatly done with horizontal and vertical cuts.

As an icon I do like the serif N, but the issue is that apart from in your social media graphics, it doesn't appear anywhere! Think it needs to appear on-screen somewhere for it to work.