Celebrating the BBC's centenary with a stronger identity.

Previous Next
LG
Looking Glass West Country (West) Spotlight 2 July 2020 7:57pm
I love the cross-channel menu! I think this looks really clean. CBeebies and CBBC look good and I think all the news variants are strong. I would alter the BBC News on Newsnight to the white variant just so it fits in with the overall colour scheme. I think my only downside (I know I say this every time) is how corporate the CBBC logo looks, maybe try putting the BBC logo underneath the C? Otherwise really strong work, I feel like you’ve got to the point now where I don’t know how you can improve but I’ve enjoyed your work so much that I don’t want to see it come to an end.

BiggieSMLZ Granada North West Today 2 July 2020 8:09pm
DeMarkay posted:
Wow. You sir, are a genius! I love all of it, especially CBeebies!

Thank you so much!

BiggieSMLZ Granada North West Today 3 July 2020 2:53pm
Here's some news graphics as promised! I know, this might look a bit similar to the competition, but it looks a lot more neater and modern. To save some time, I've also mastered the art of "background blurring" to better highlight the new lower thirds, as you may be familiar with on other news-related mocks. So without further ado, here they are! 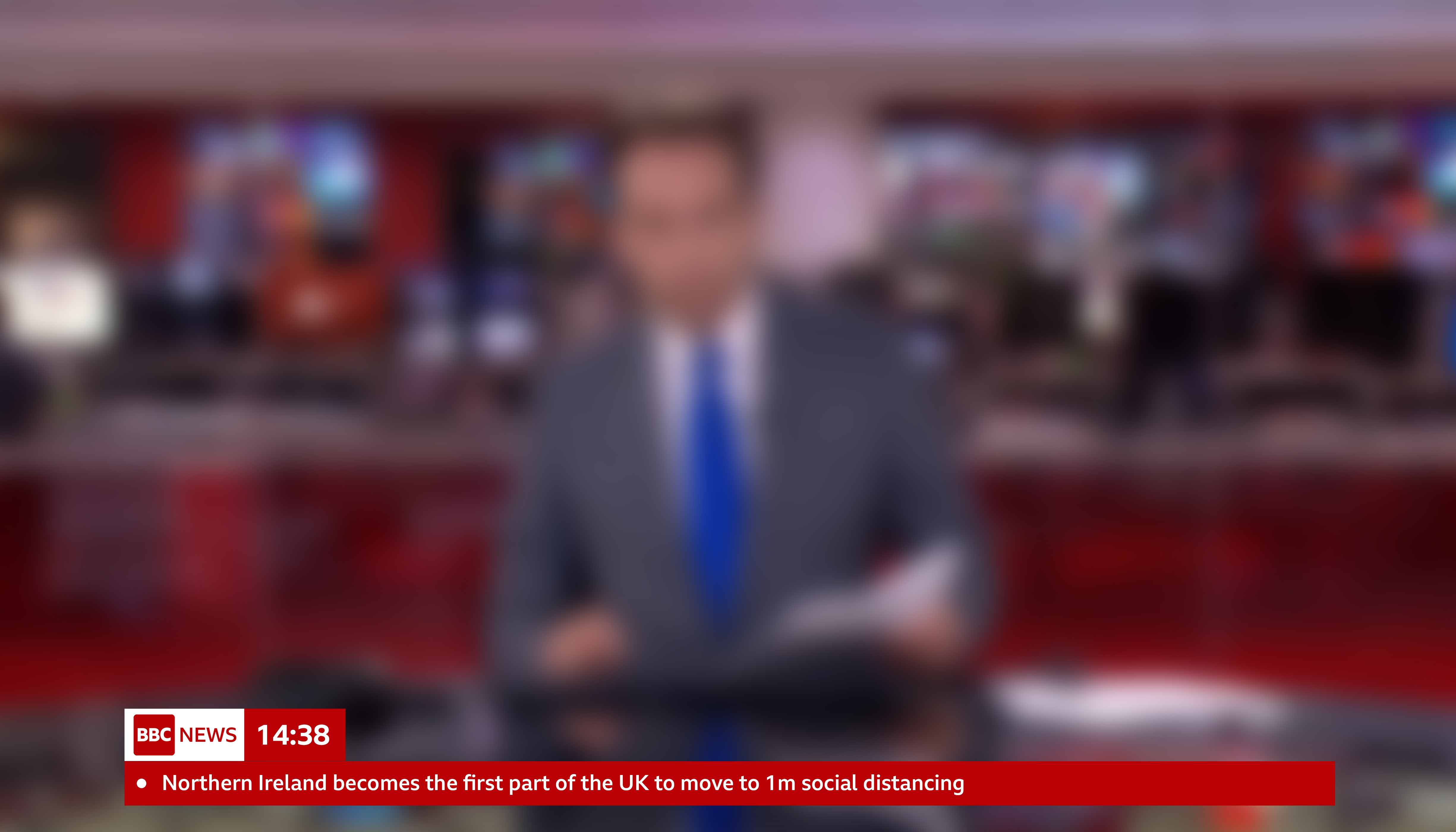 And here's some Headlines: 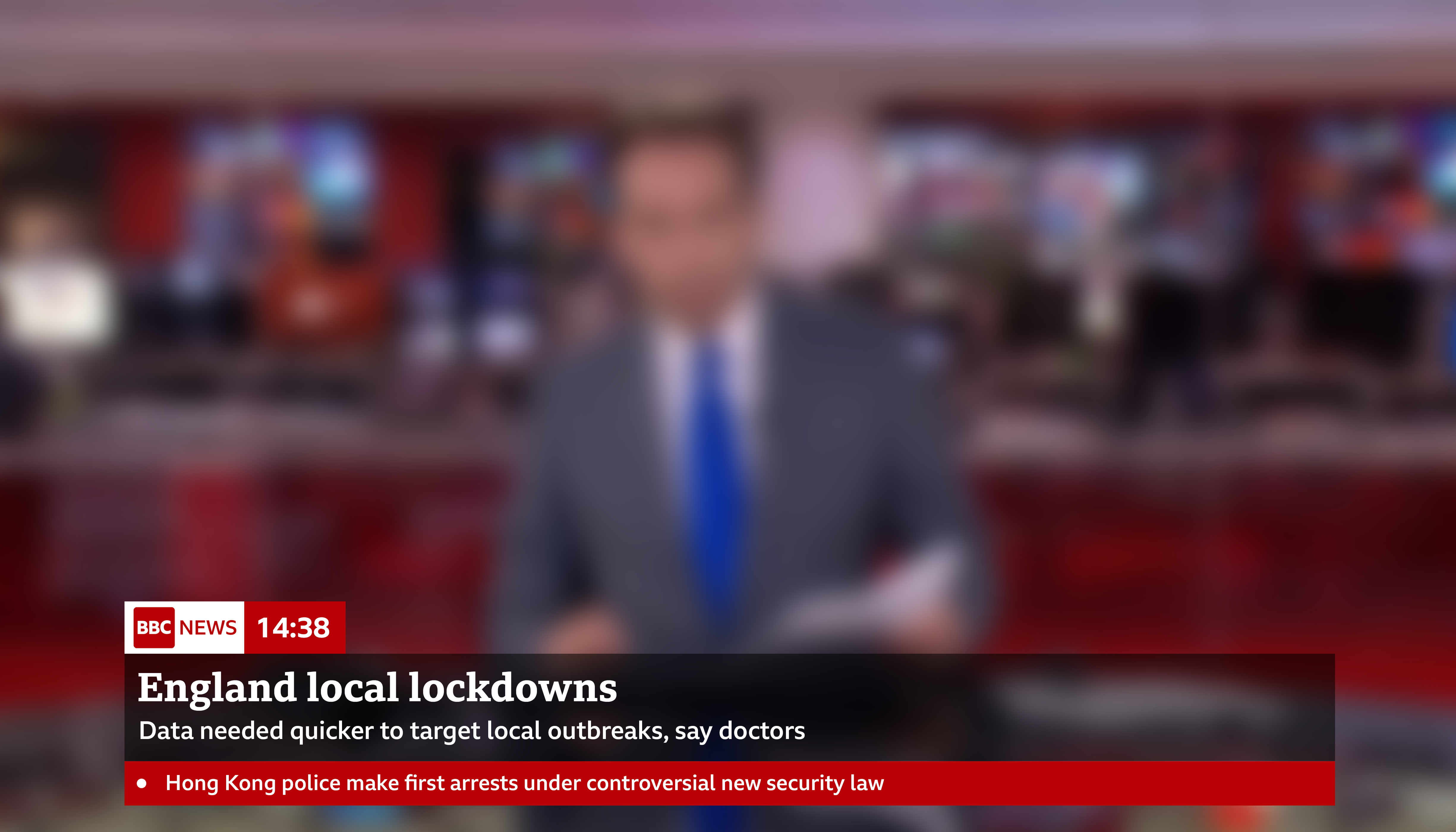 Here's some Breaking headlines too: 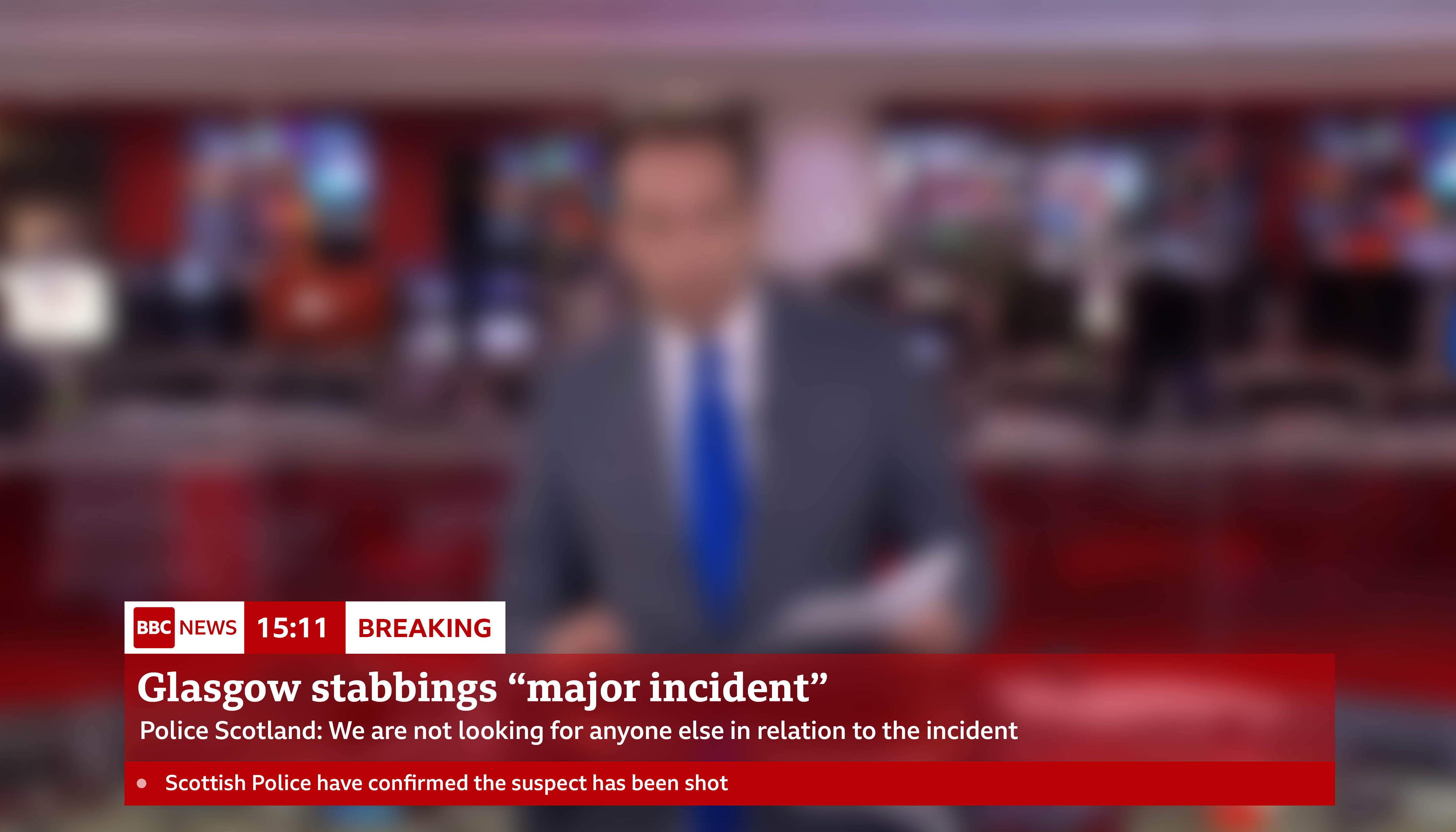 And a TOTH headline also. 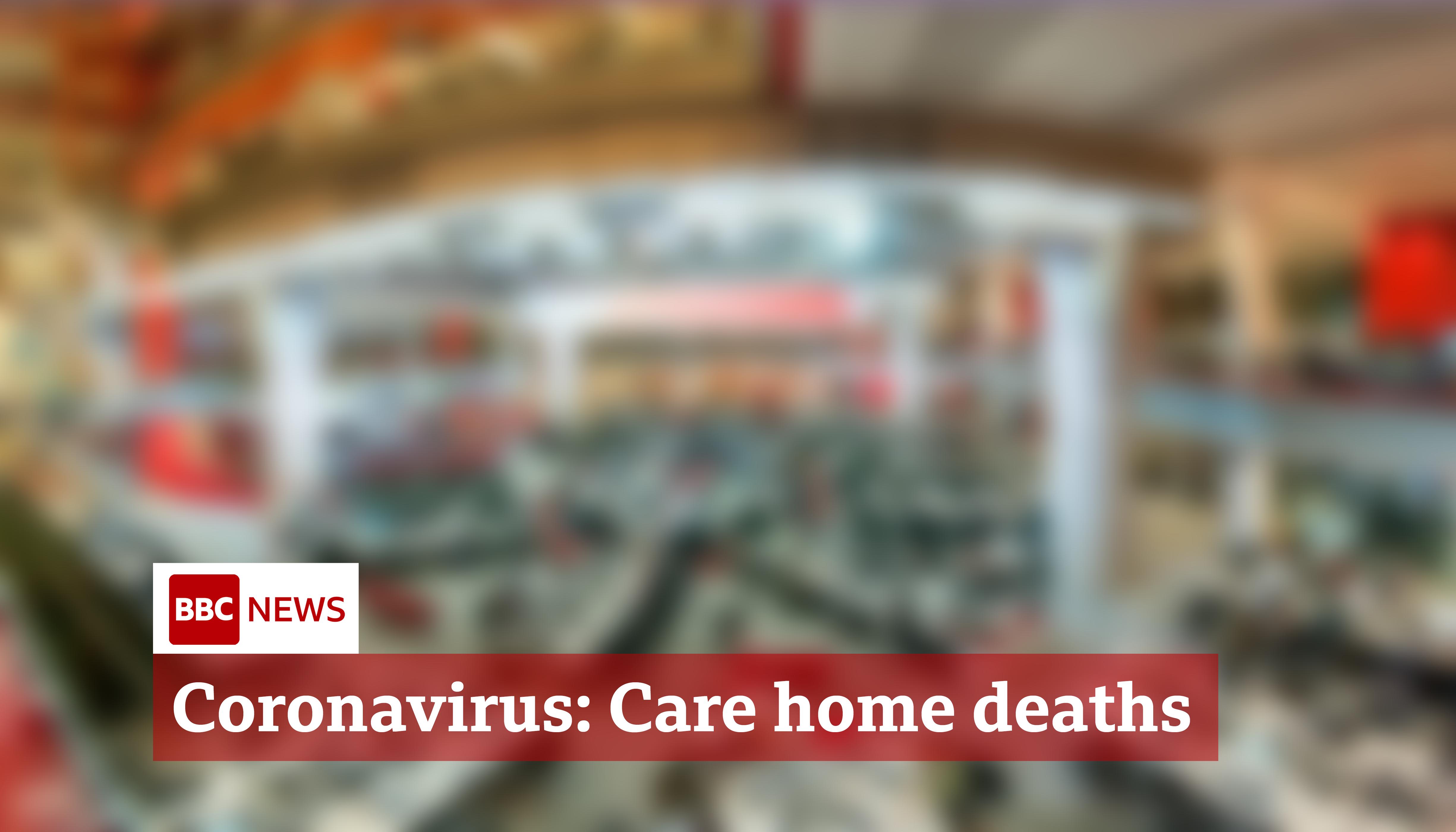 And when names come up - plus a "live" symbol. 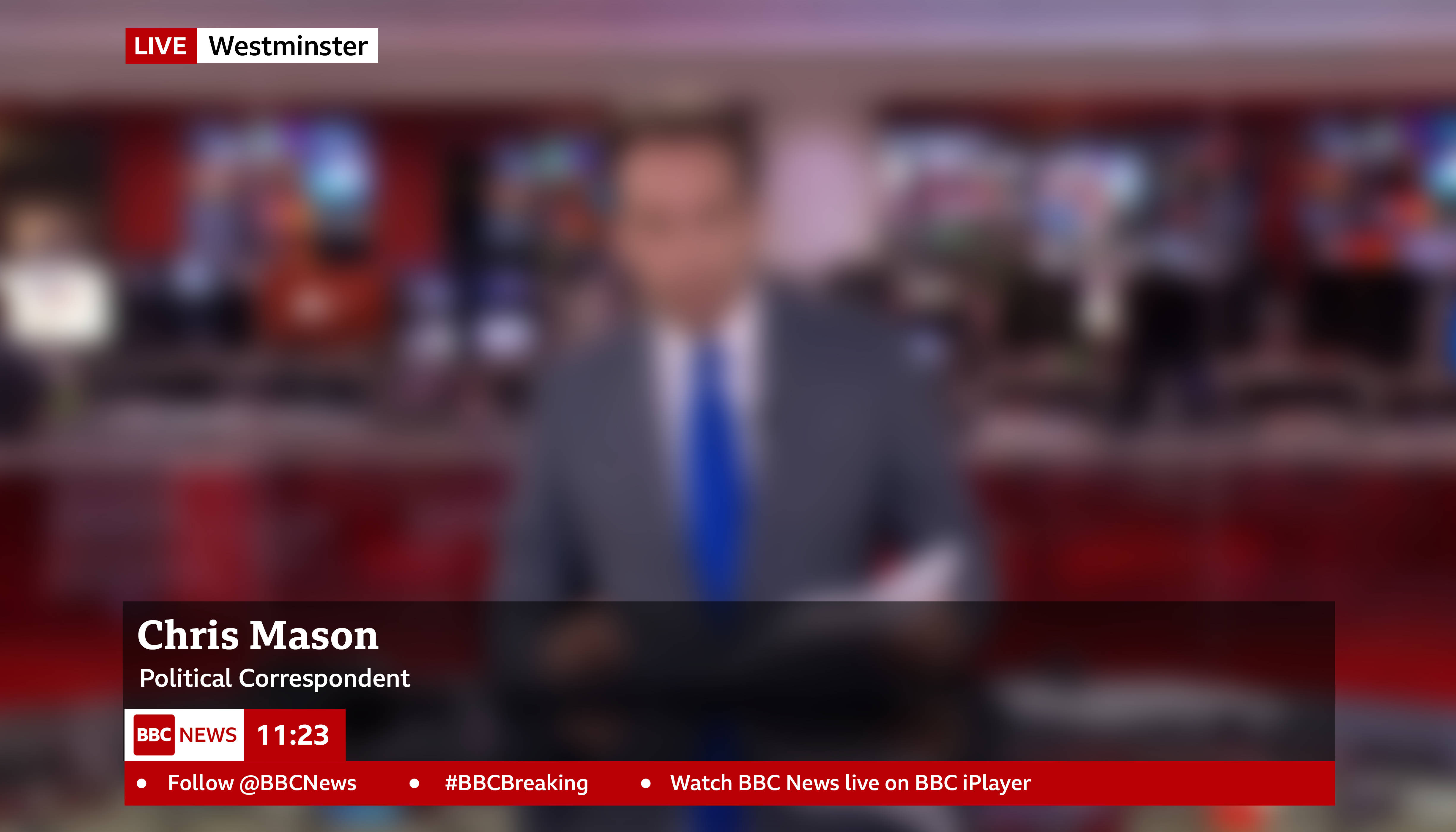 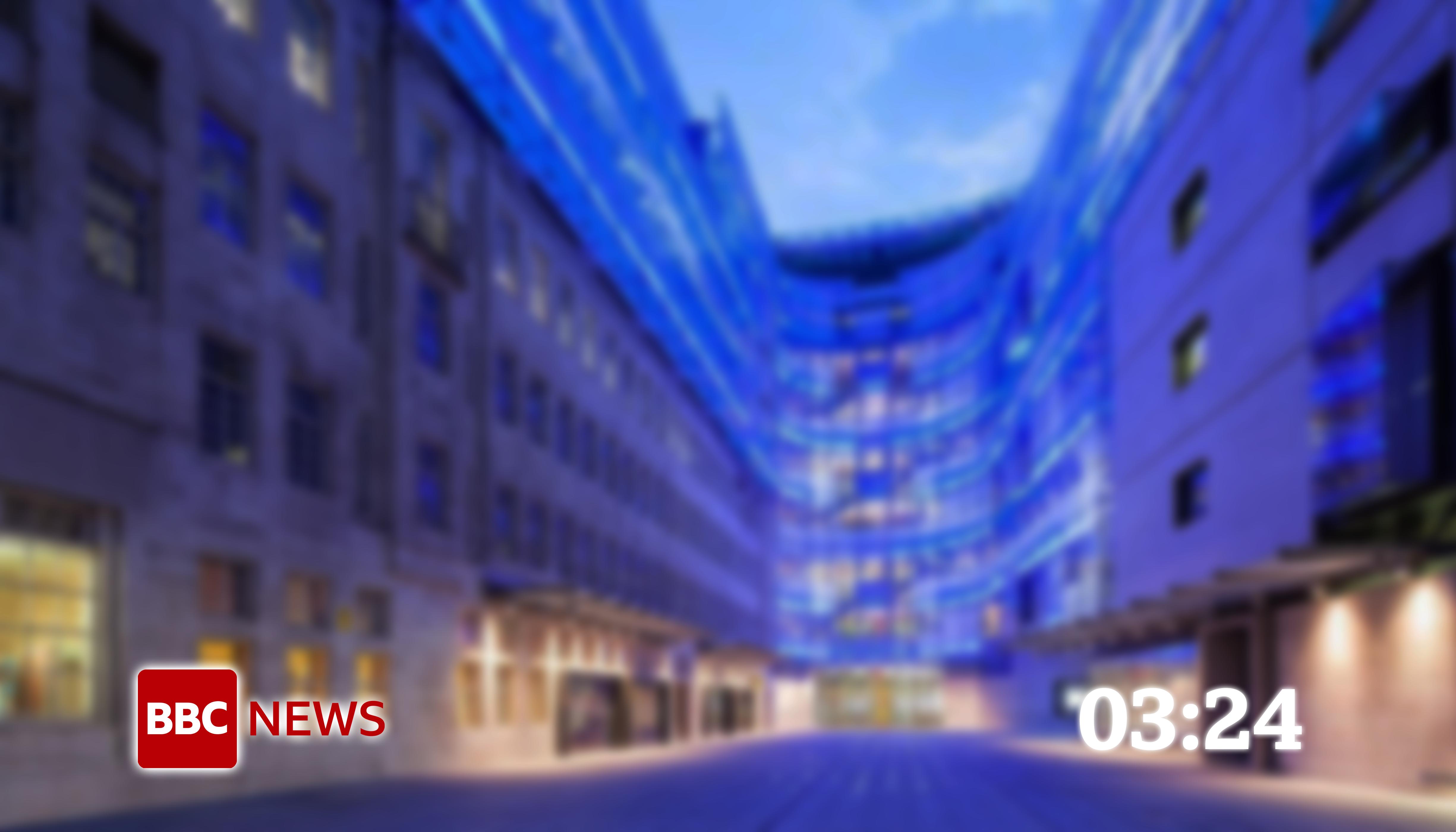 I've also done some on-air graphics for Breakfast as well: 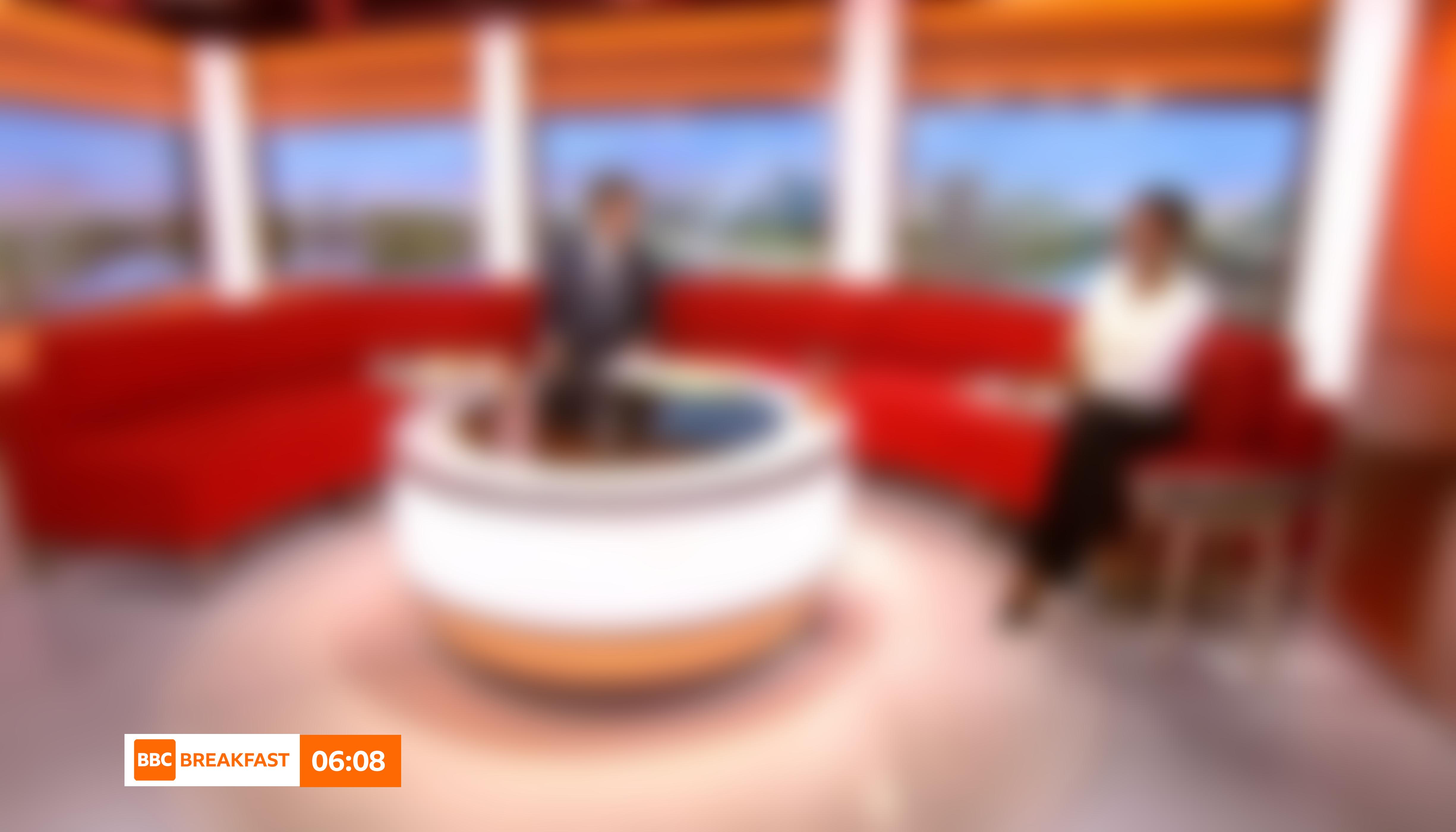 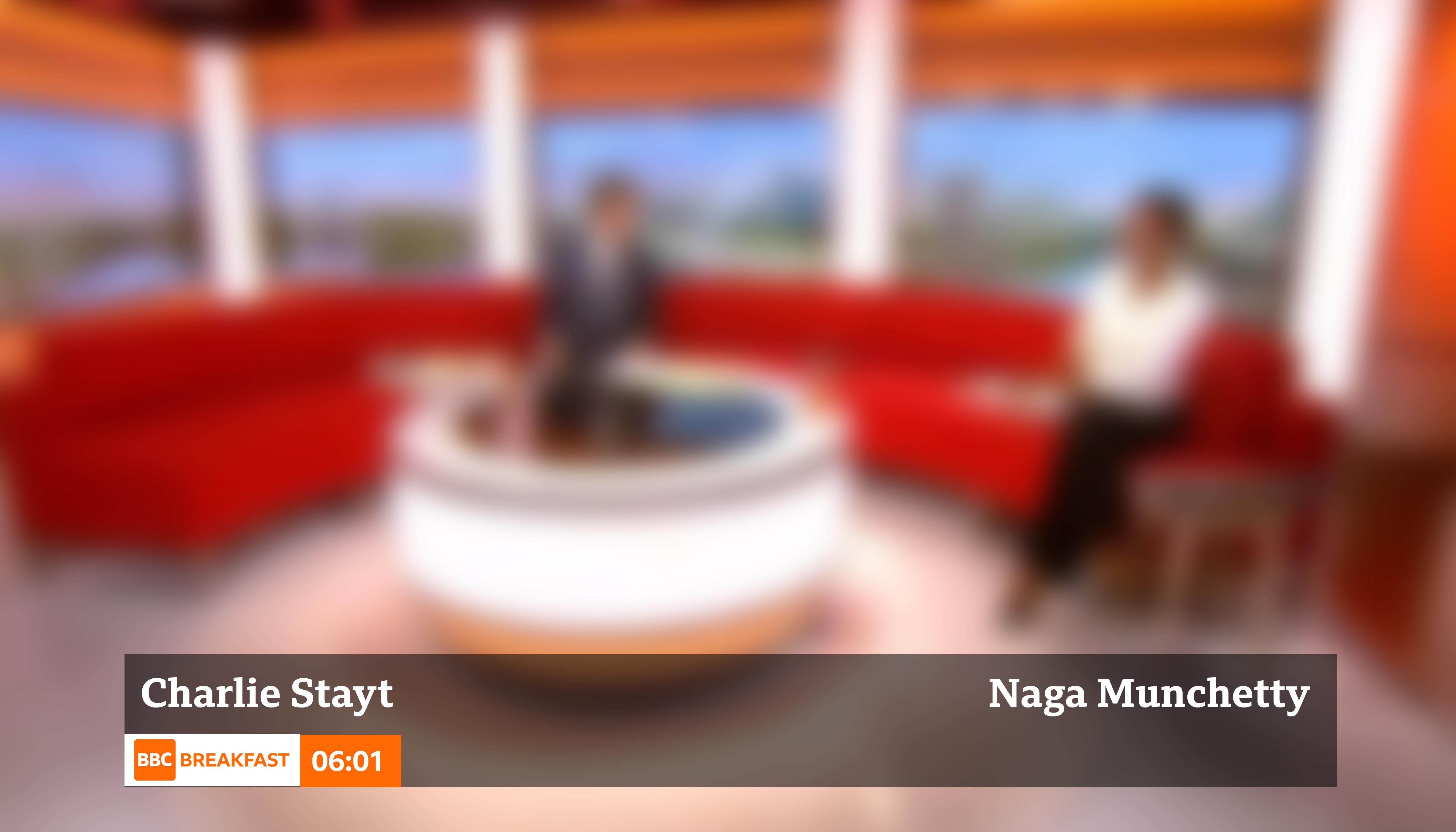 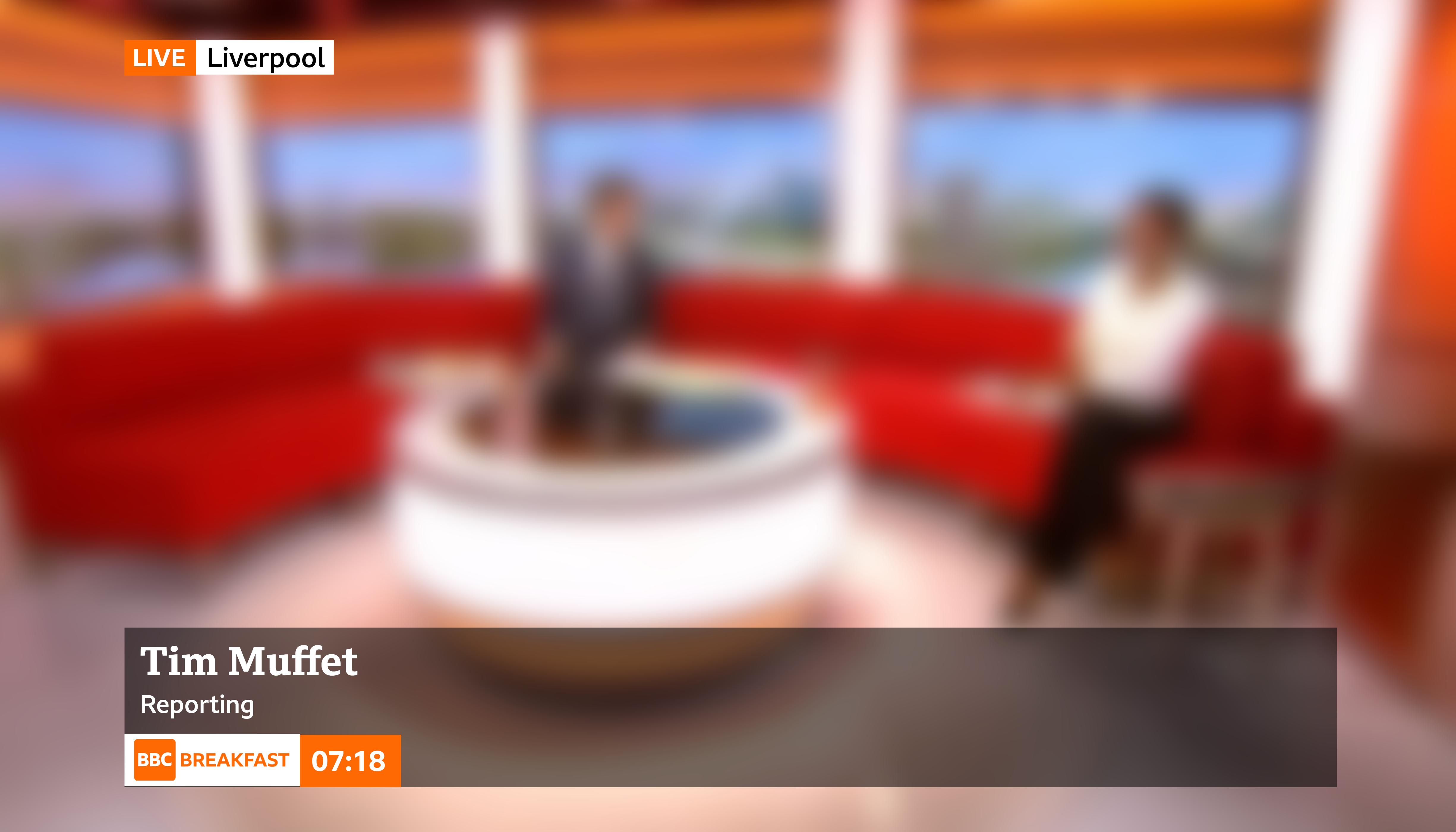 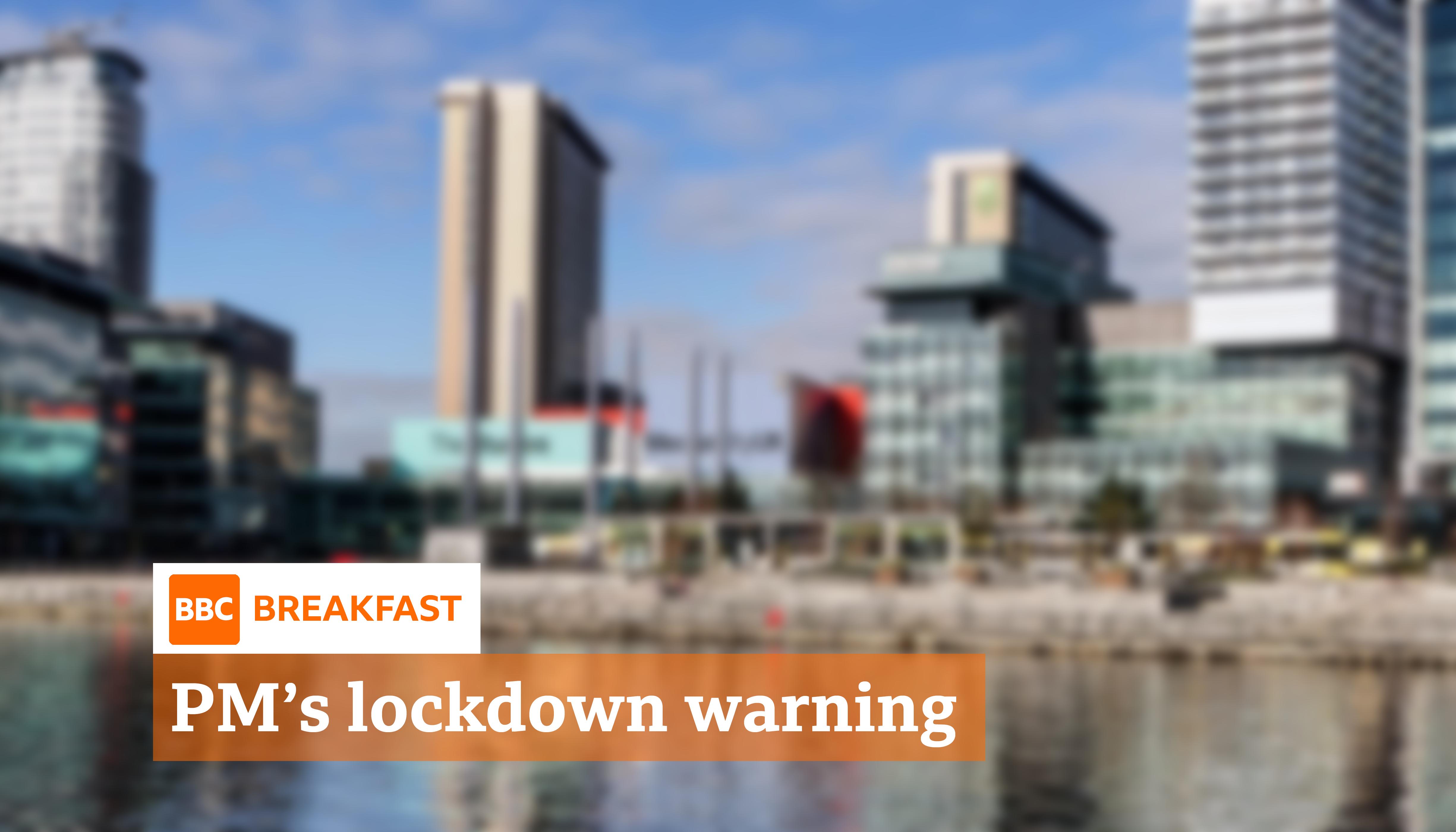 And for BBC World News: 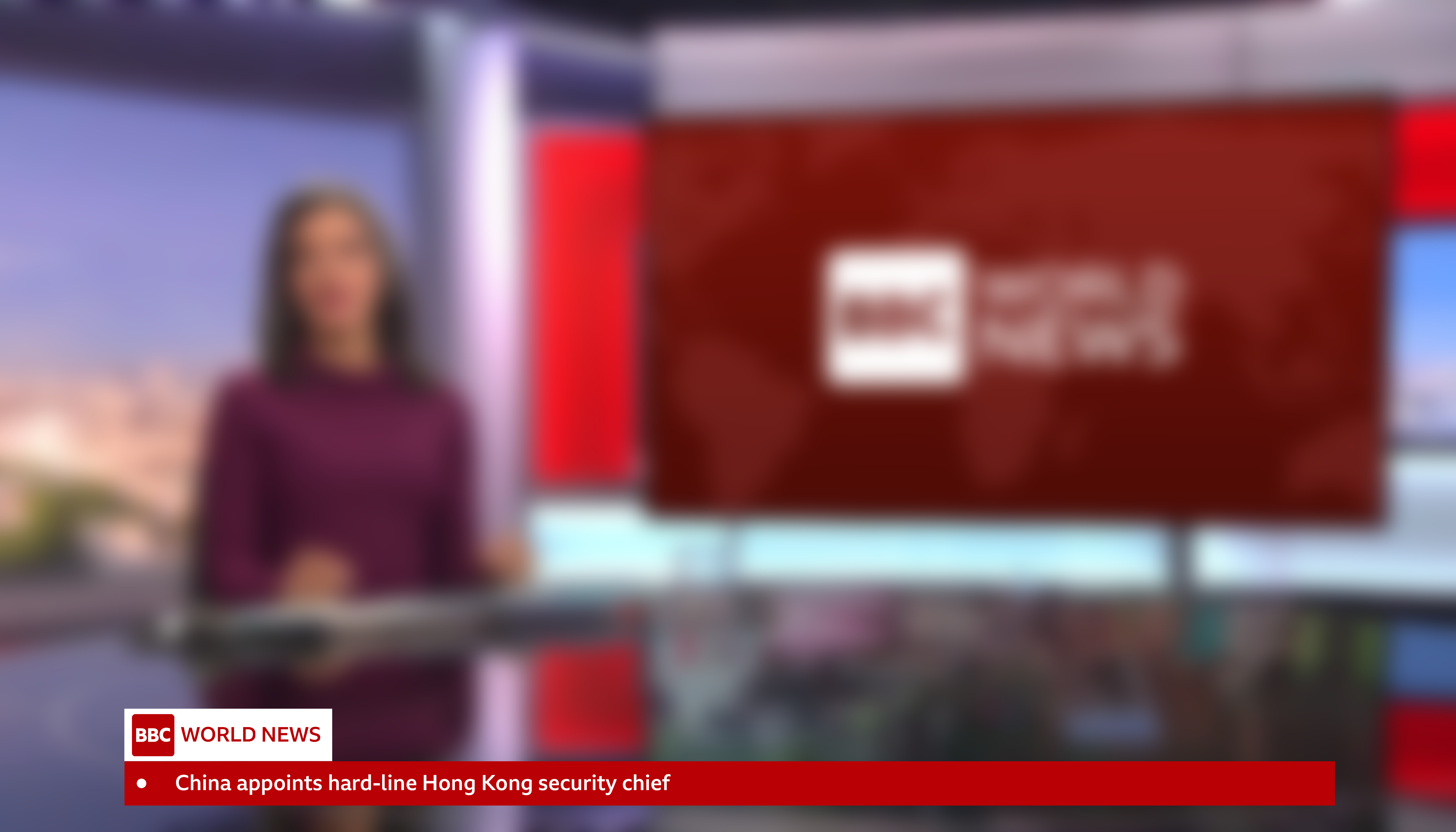 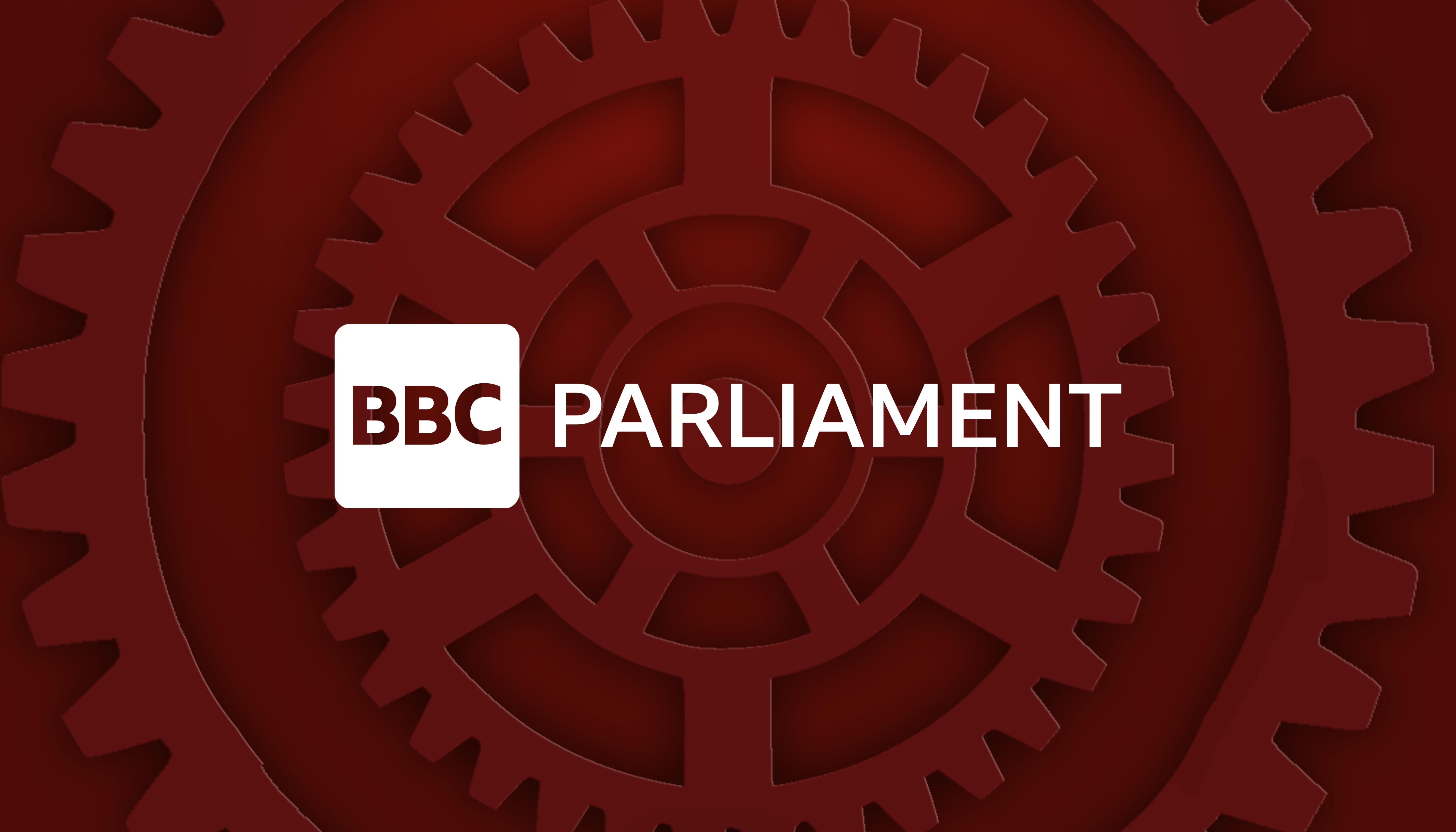 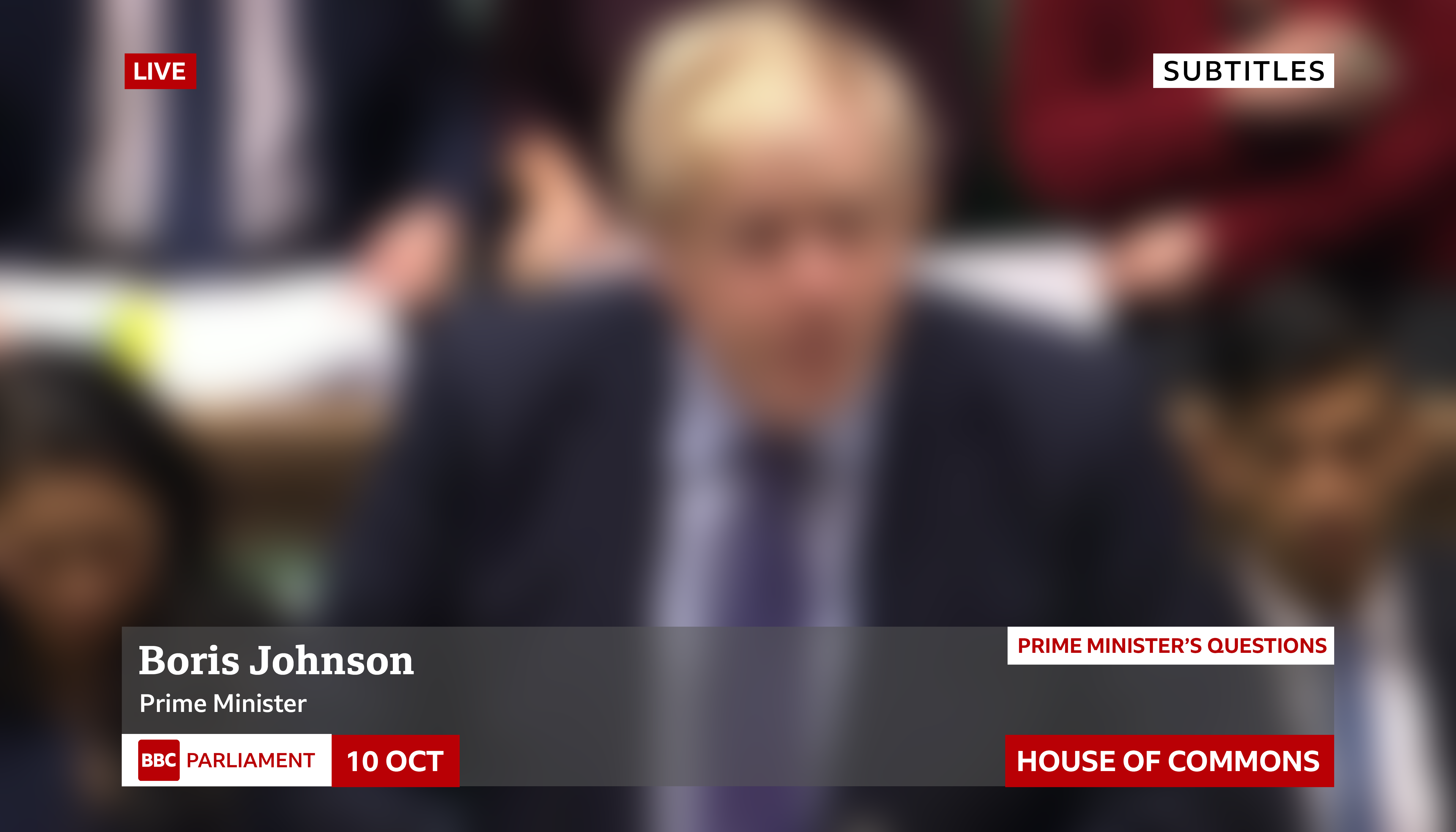 And to cap off this deluge of News pres for now, here are the remaining English regions. 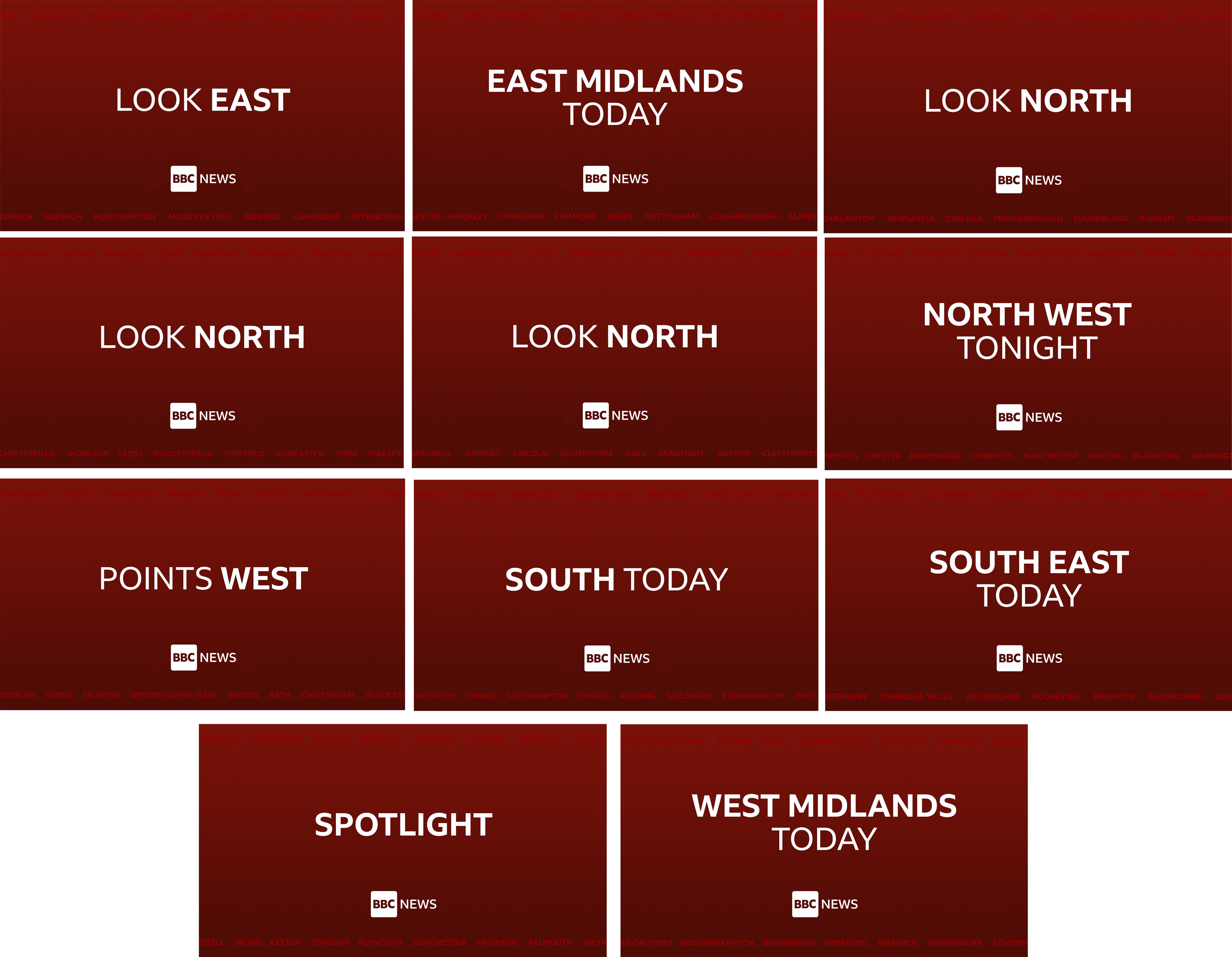 Opinions welcome, have it at me!

BiggieSMLZ Granada North West Today 3 July 2020 4:38pm
J. Lyric posted:
The entirety of this was based off of my thing, wasn't it?

Yeah, I know. Sorry if it is! The similarities are very obvious!

Today, I'm exploring idents. I said earlier upon the third literation's introduction that I'd be rethinking my ident strategy, and that's what I've been doing for the past eight hours. Let's start with BBC One. Seeing that the previous idents were already done by Carlton and Sky One, I decided to revisit the "globe" style, with a twist. The idea that I formulated here is the theme of a "Sphere", which would magically appear before the viewer in different parts of the country (kinda like the 1997 "Balloon" set). which starts out by showing the location, as a red spark of energy begins to expand.... 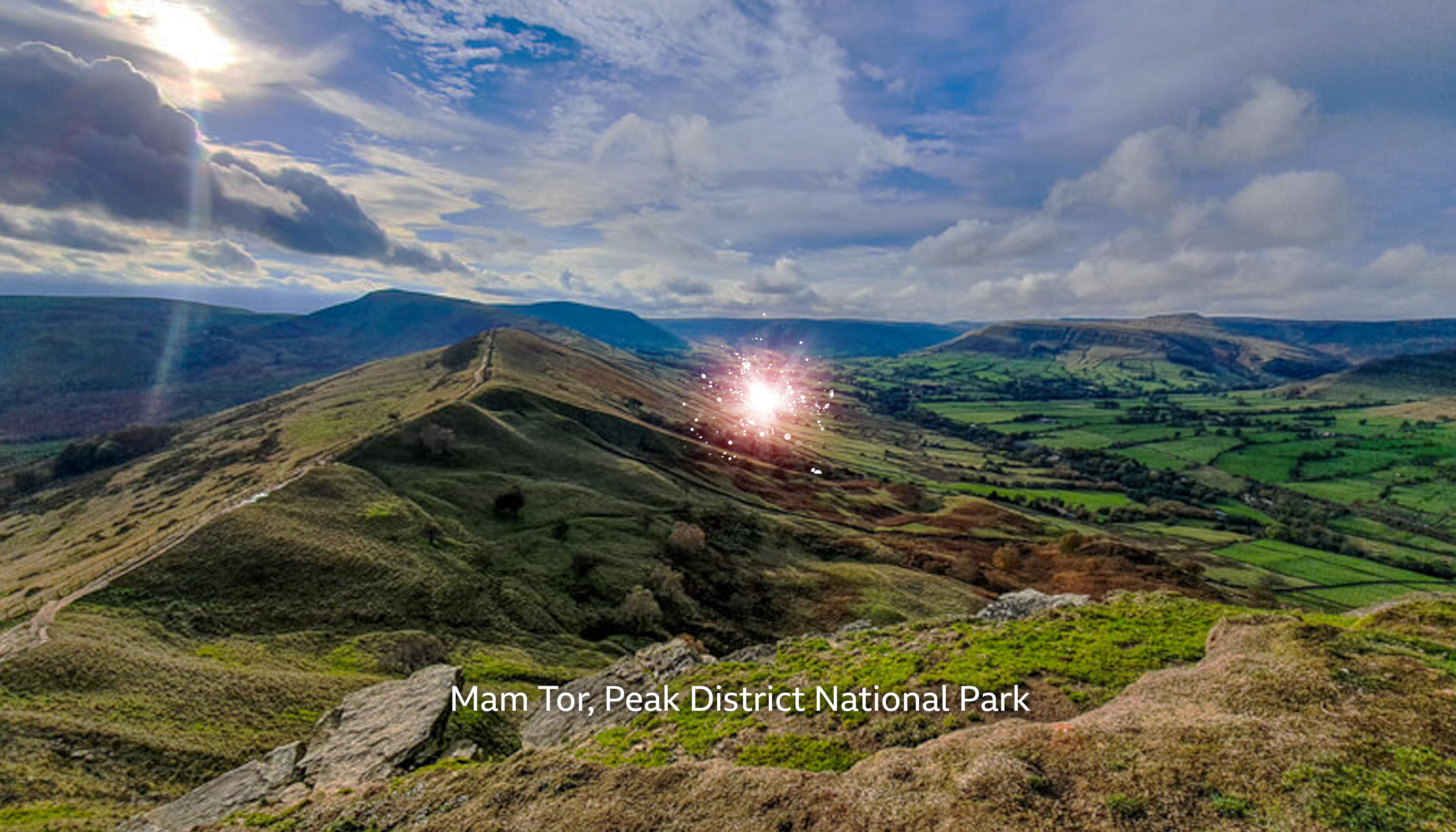 ...forming the sphere (in different sizes, depending on the location), as the BBC One logo forms below. There are a ton of locations for this sphere to take shape, but this ident, set in the Mam Tor area of the Peak District, could be used to introduce the news. 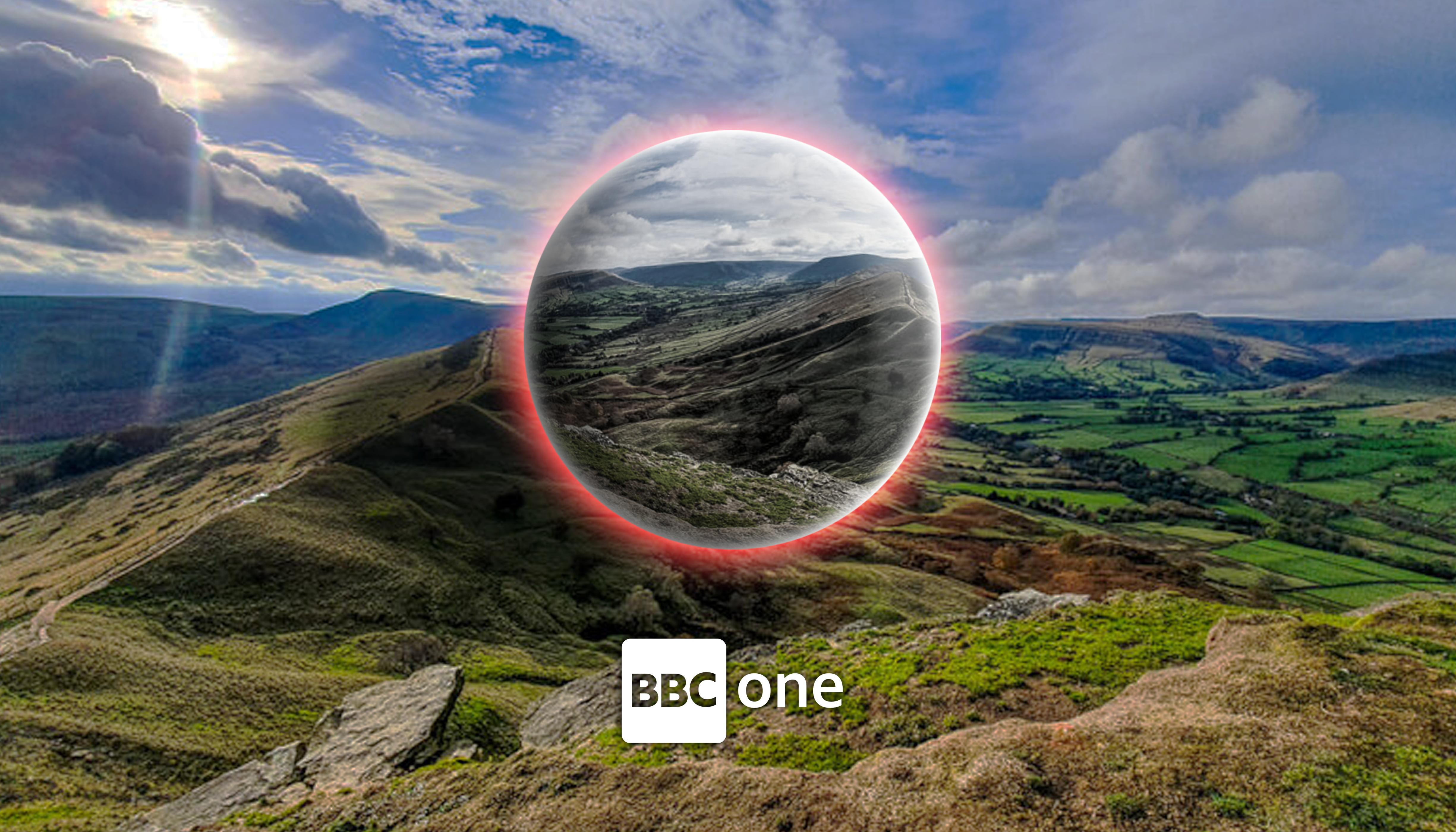 In BBC Two's case, I'm sticking to the Curve, again. Like the previous literation, the BBC Two logo appears a couple of seconds into each ident, as with Offbeat here, which is spared. Idents that could be sadly, withdrawn in the rebranding process would probably, in my eyes, be idents like Thought-Provoking (the black/white stripy one), Visceral, Reflective and Dark. 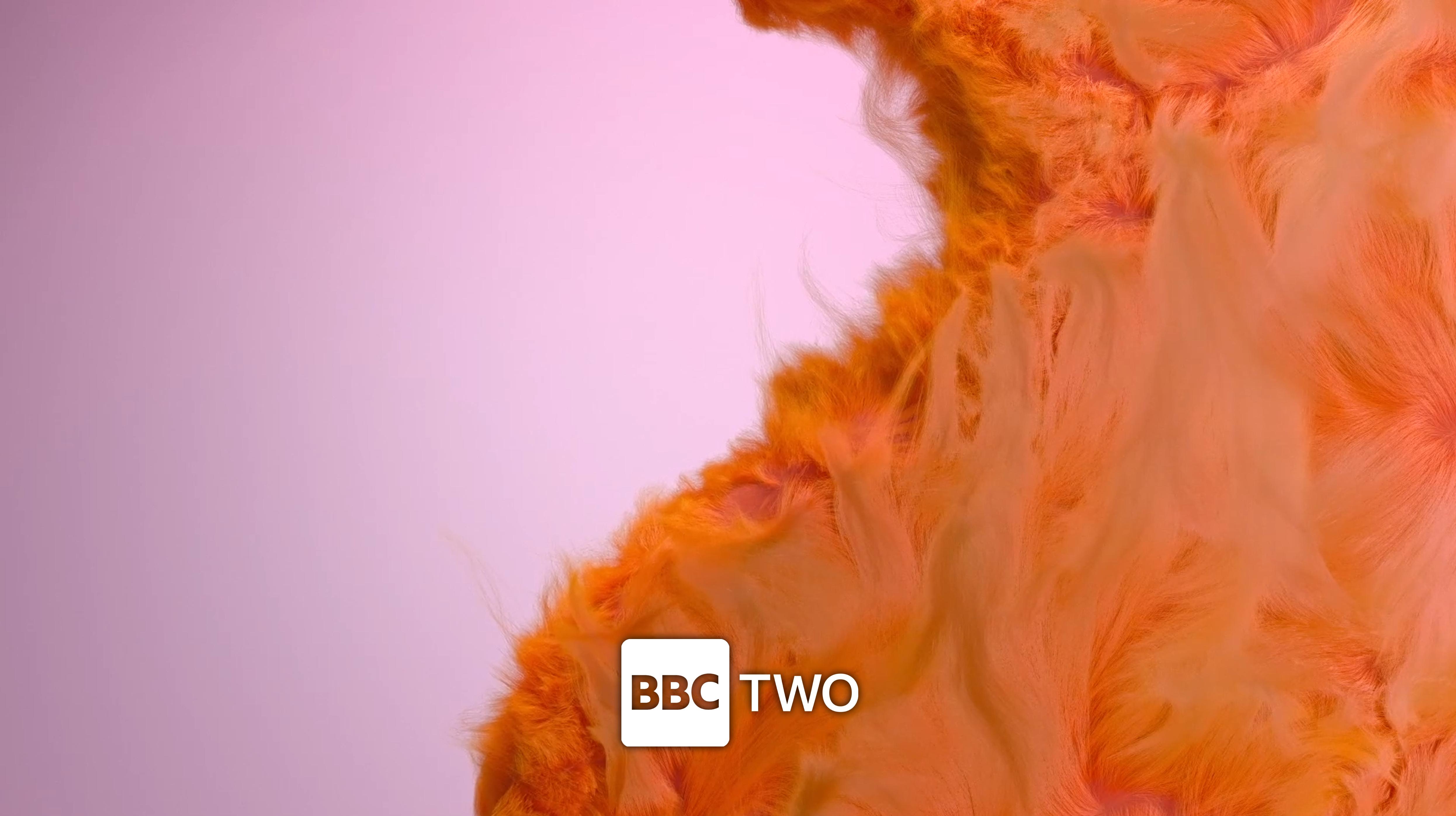 Which brings me to BBC Four. From the feedback I received with the initial ident idea, many of you said that in did not fit the channel's "art and culture"-based audience, so I thought on my feet. The result was a "gallery". Each ident would take place in an art gallery (as the name suggests), and after the lights dim down to the point where it becomes navy-ish, some truly artistic events occur, like four fountains emerging from the floor (like the one depicted here), four trees growing from piles of soil, ect. 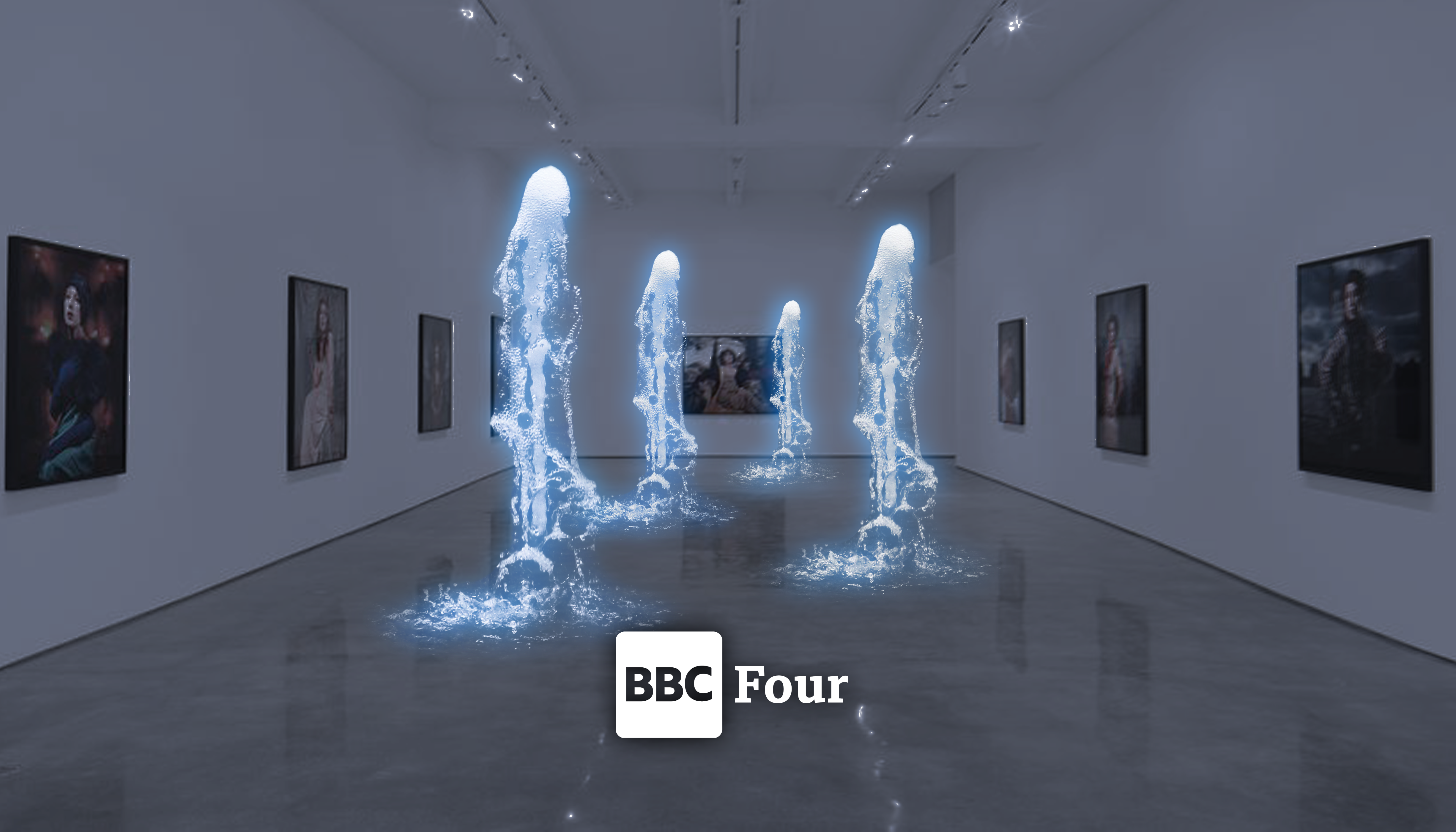 Well, if there's one thing these concepts have in common, it's uniformity. You can tell because each of these idents are white, and are all aligned at the mid-bottom half of the screen. In my opinion, these look better, and as always, your opinons are welcome.

Before I sign off for the day, I've done some national variants for BBC One... 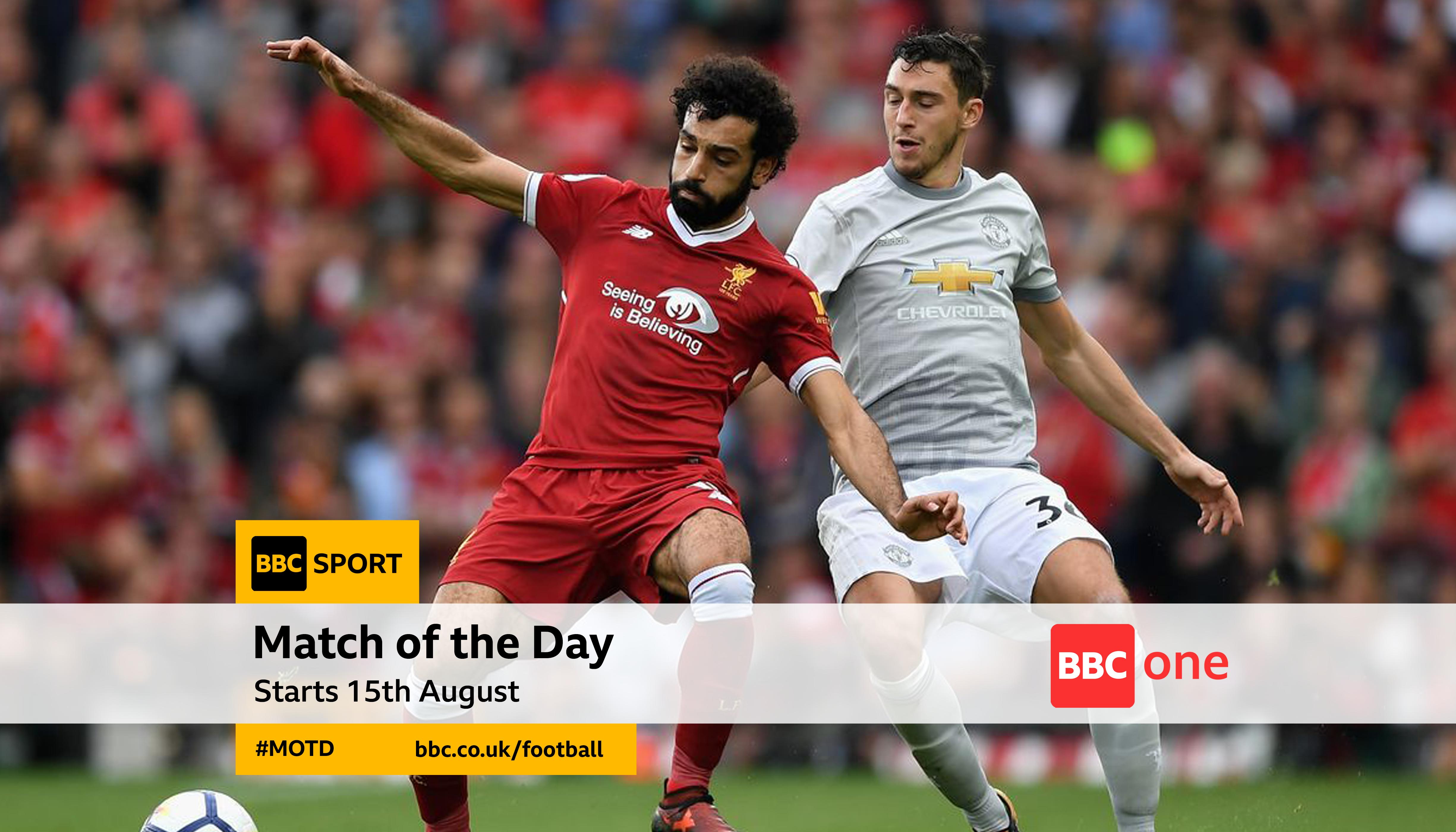 J. Lyric 4 July 2020 9:29pm
BiggieSMLZ posted:
Idents that could be sadly, withdrawn in the rebranding process would probably, in my eyes, be idents like Thought-Provoking (the black/white stripy one), Visceral, Reflective and Dark.


...Didn't they replace Thought-Provoking with a newer version?
boredom_true

Ghost Tyne Tees Look North (North East) 4 July 2020 9:32pm
J. Lyric posted:
BiggieSMLZ posted:
Idents that could be sadly, withdrawn in the rebranding process would probably, in my eyes, be idents like Thought-Provoking (the black/white stripy one), Visceral, Reflective and Dark.


...Didn't they replace Thought-Provoking with a newer version?

They did.
Can I have your attention please?

And to cap off this deluge of News pres for now, here are the remaining English regions.

Opinions welcome, have it at me!

You can drop the 'West' from Midlands Today! Spotlight can keep its historic name, then MTD can keep theirs...

I'm not keen on the corporate logo, and it's not because you haven't tried - I just think it's too much of a departure from what's gone before it and loses its BBCness (not to be confused with oneness!). It could now be any old 79p app in the app store as opposed to a globally recognised broadcaster.

I'm not really sure how you could tinker with the logo (and perhaps thats why they didn't themselves? Remember there's a cost to go with all this, signage being very expensive, identity cards, mugs etc - more than just a logo on screen). The blocks look alien with Reith in them, you've sacked off the blocks in favour of a Web2.0 icon. The BBC One logo you've devised looks equally weak.

There are fundamental problems with the design across the BBC right now (I think we're back in 1996 when it comes to logos) and you've still not fixed that.

The other on screen elements I like though, except maybe the regional news titles which seem a little cheap looking.