Celebrating the BBC's centenary with a stronger identity. (June 2020) 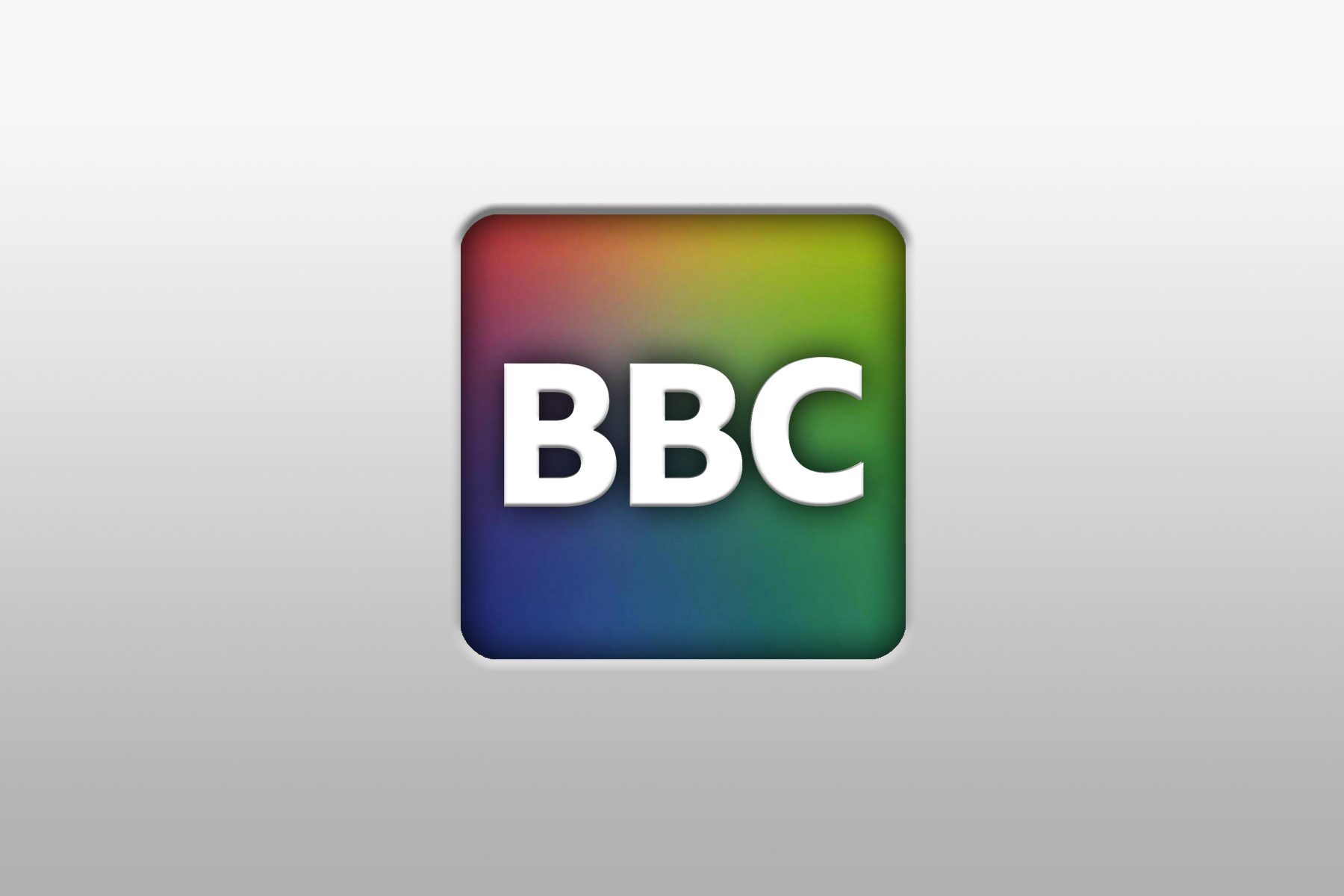 Well, I've been waiting all day to write this, but it's official: The BBC square has returned! That's right. I kinda liked the colored variant due to the obvious tribute to the 1987-1997 BBC logo, with this being a mock to commemorate the BBC's impending 100th anniversary and all.

With this third incarnation of this mock in full swing, let's break the ice! I'm gonna start off with the endboards. They remain almost the same as in the previous incarnation, but notable changes mostly lie with the BBC Scotland channel - the channel numbers have been removed. 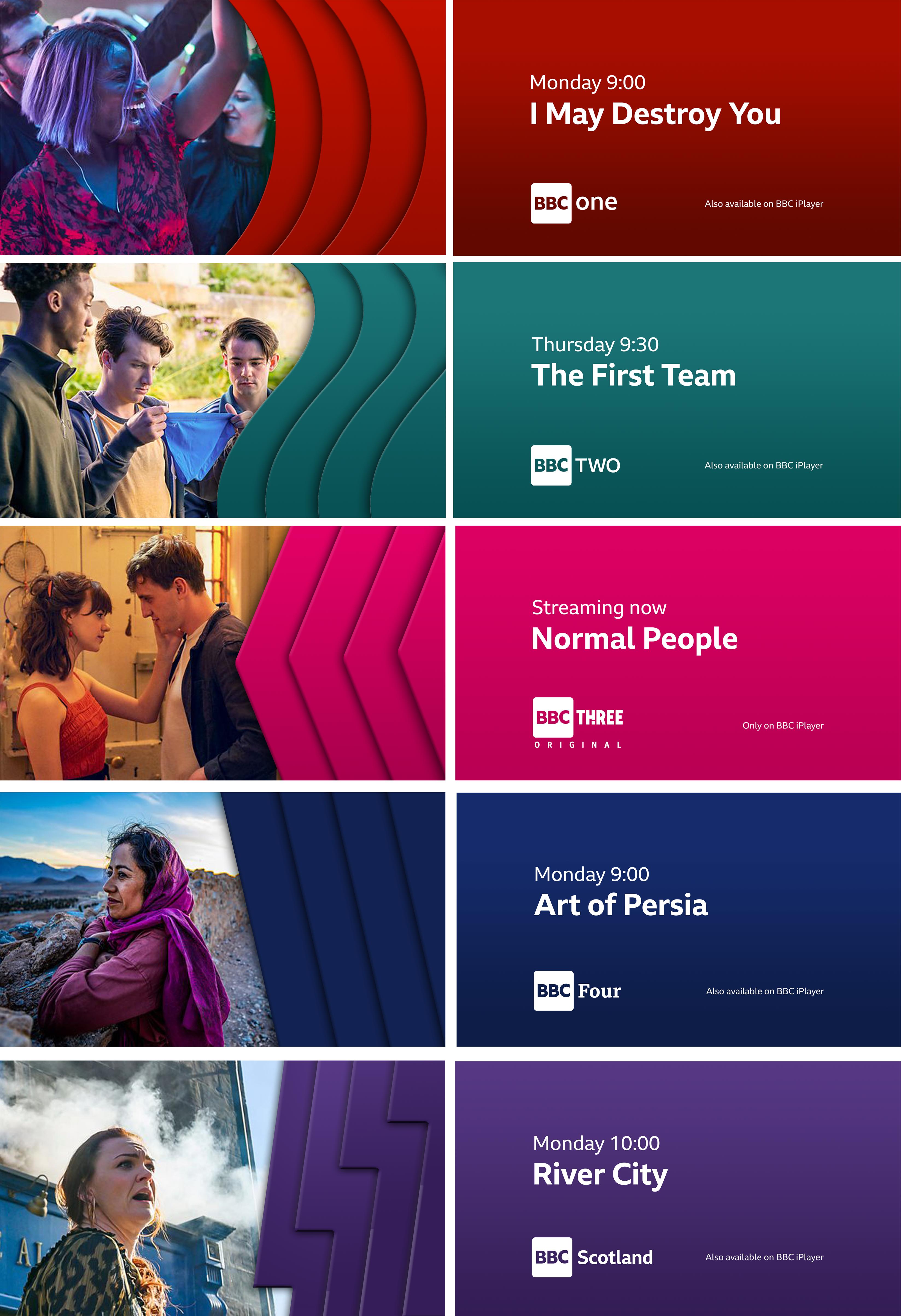 I'm working on the kid's channel's respective endboards as I speak, so to pass the time, I've also done an ECP, which just about remains the same, albeit with some alignment adjustments.

I'm also gonna drop some revamped news stuff, which includes the intro for all generic BBC News bulletins on the BBC News Channel. 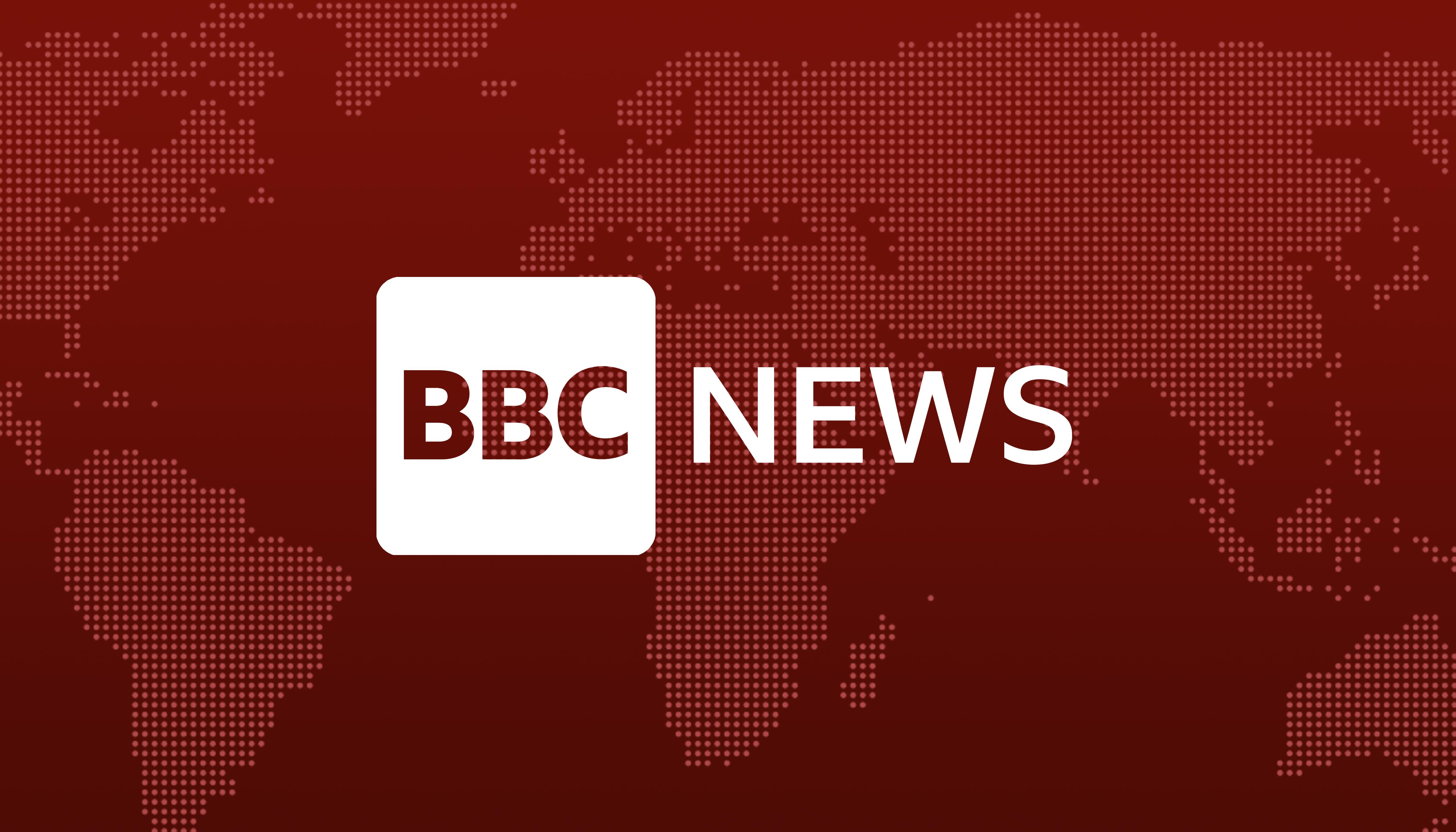 With that style, I figured something out with the bulletins on BBC One, Once the logo has formed (with slightly abridged animation), it turns into what ever hour it's being shown.

Speaking of intros, I've also made a small adjustment to the BBC Breakfast intro. 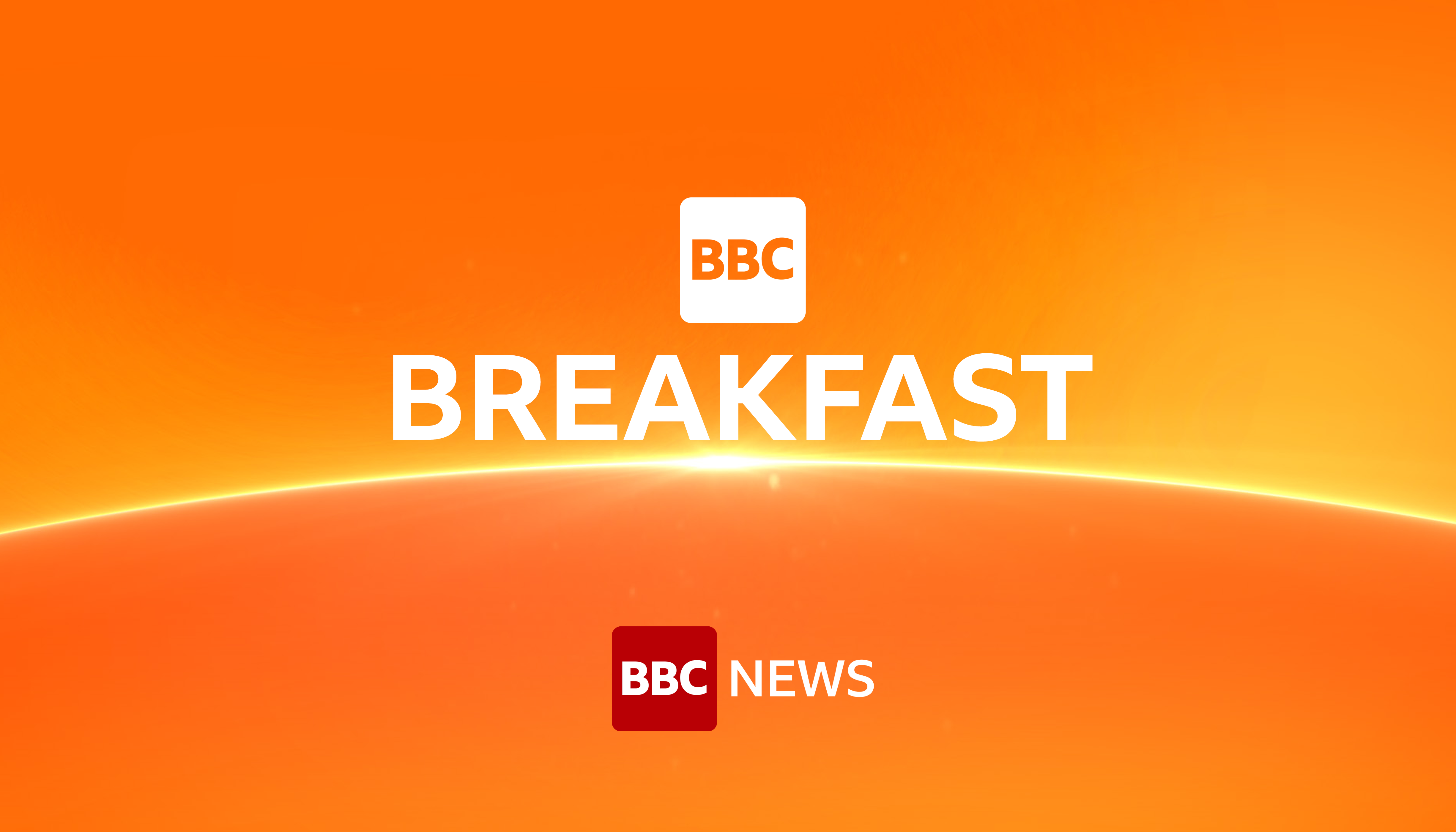 And to wrap up for now, Here's an example logo for all in-house BBC productions. 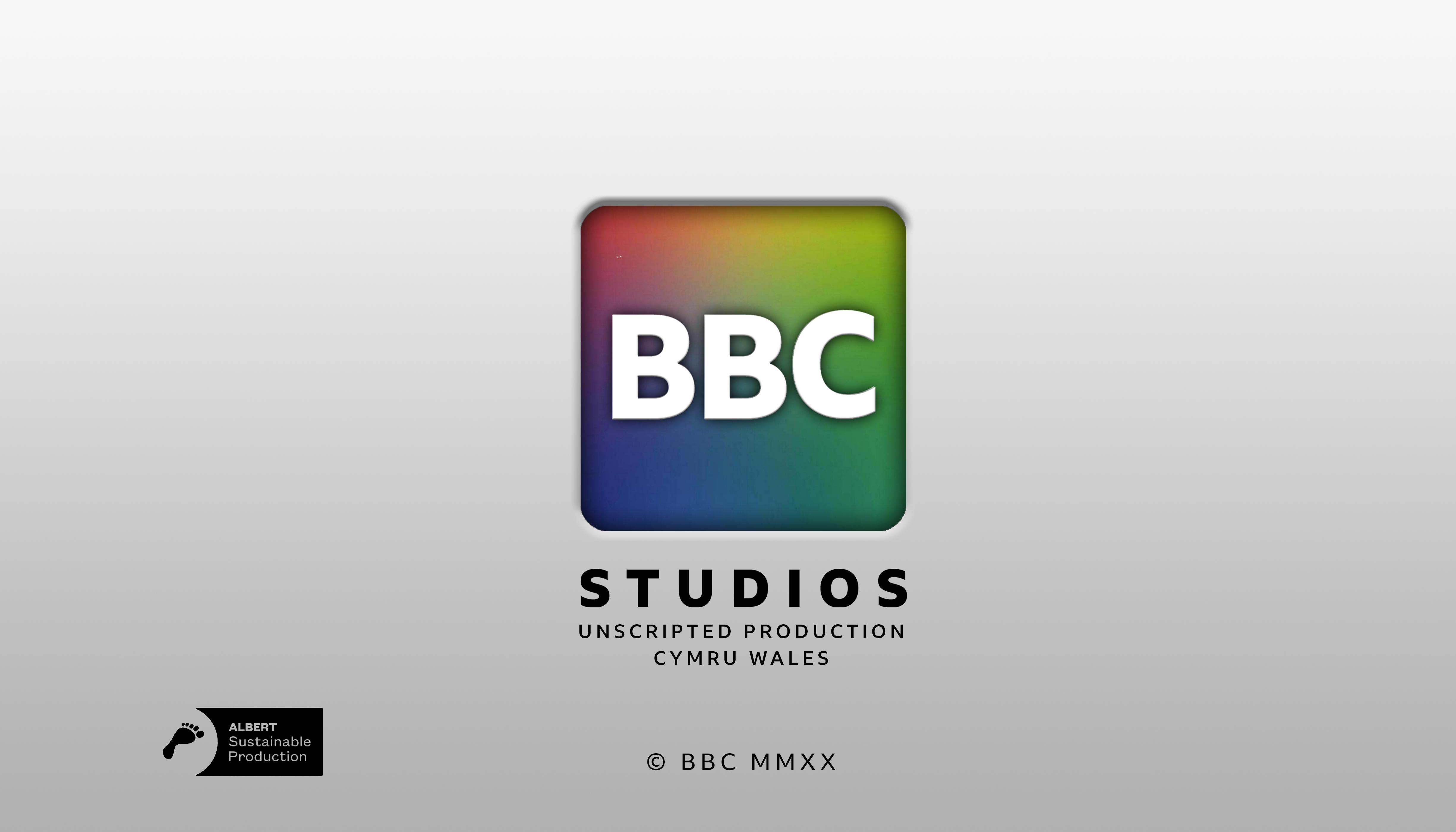 To conclude, After hearing much feedback, I'm rethinking the ident strategy for BBC One and Four, while BBC Two will again remain the same. Among other stuff I'm gonna drop over the coming days are on-screen news graphics, cross-channel menus, ect. Hopefully, this will at least give this mock some renewed energy.
Last edited by BiggieSMLZ on 1 July 2020 6:21am
LG
Looking Glass 30 June 2020 8:23pm
I liked the previous incarnation but I can see why the squares may be seen as a more natural visual for the evolution of the BBC. I really like the studios logo, would this end board appear at the end of every single show in this format? I really enjoy the gradient, it’s a mod to the past but it feels very modern.

BBC Breakfast is good but I think there’s too much BBC still. I said it before, I think Breakfast and the BBC News logo at the bottom is enough in the same extreme that it’s not ITV Good Morning Britain by ITV News. The only other mini-criticisms are echoing what I’ve said before but given the size of the BBC logo I just don’t think Scotland and Four stand out in comparison to the other three more recognisable channels. The children’s channels also felt better in the previous format.

I’m a massive fan of all the work you’ve done so far. I love that you adapt your work as I can see the progress.
JL
J. Lyric 30 June 2020 8:30pm
Looking Glass posted:
I said it before, I think Breakfast and the BBC News logo at the bottom is enough in the same extreme that it’s not ITV Good Morning Britain by ITV News.

I decided to take his thing and mess with it - Is this what you envisioned?

...I know, you can see where I brushed out the top BBC logo, it was a quick mock.
BS
BiggieSMLZ 30 June 2020 8:33pm
J. Lyric posted:
Looking Glass posted:
I said it before, I think Breakfast and the BBC News logo at the bottom is enough in the same extreme that it’s not ITV Good Morning Britain by ITV News.

I decided to take his thing and mess with it - Is this what you envisioned?

...I know, you can see where I brushed out the top BBC logo, it was a quick mock.

Last edited by BiggieSMLZ on 30 June 2020 8:43pm
BS
BiggieSMLZ 1 July 2020 6:03am
Looking Glass posted:
I really like the studios logo, would this end board appear at the end of every single show in this format?


Yes, it would. As a first too, it would have animation and its own music.
DW
DavidWhitfield 1 July 2020 9:06am
BiggieSMLZ posted:
Right, I've made my my decision on the new square's color scheme:

To reiterate what I said on page six...

DavidWhitfield posted:
I'd tone down the shadows myself. It's a bit much for me. Otherwise, this looks rather good.

I would if I could, but the only thing I can do (as I can't really afford the required software like After Effects and so on) in motion is like logo animations (GIFs).
BS
BiggieSMLZ 2 July 2020 7:22pm
Alright, more pres and counting! I start with a revamped cross channel menu, which shows the BBC logo before it disappears as the menu forms, before reappearing. I have an animation on how the menu could play out...

...and how it opens and closes.

And there's much more. I've done some endboards for CBBC and CBeebies as very much promised. Again, these remain very much child friendly. In CBeebies's case, this forshadows how its presentation would look - bringing the logo to life. 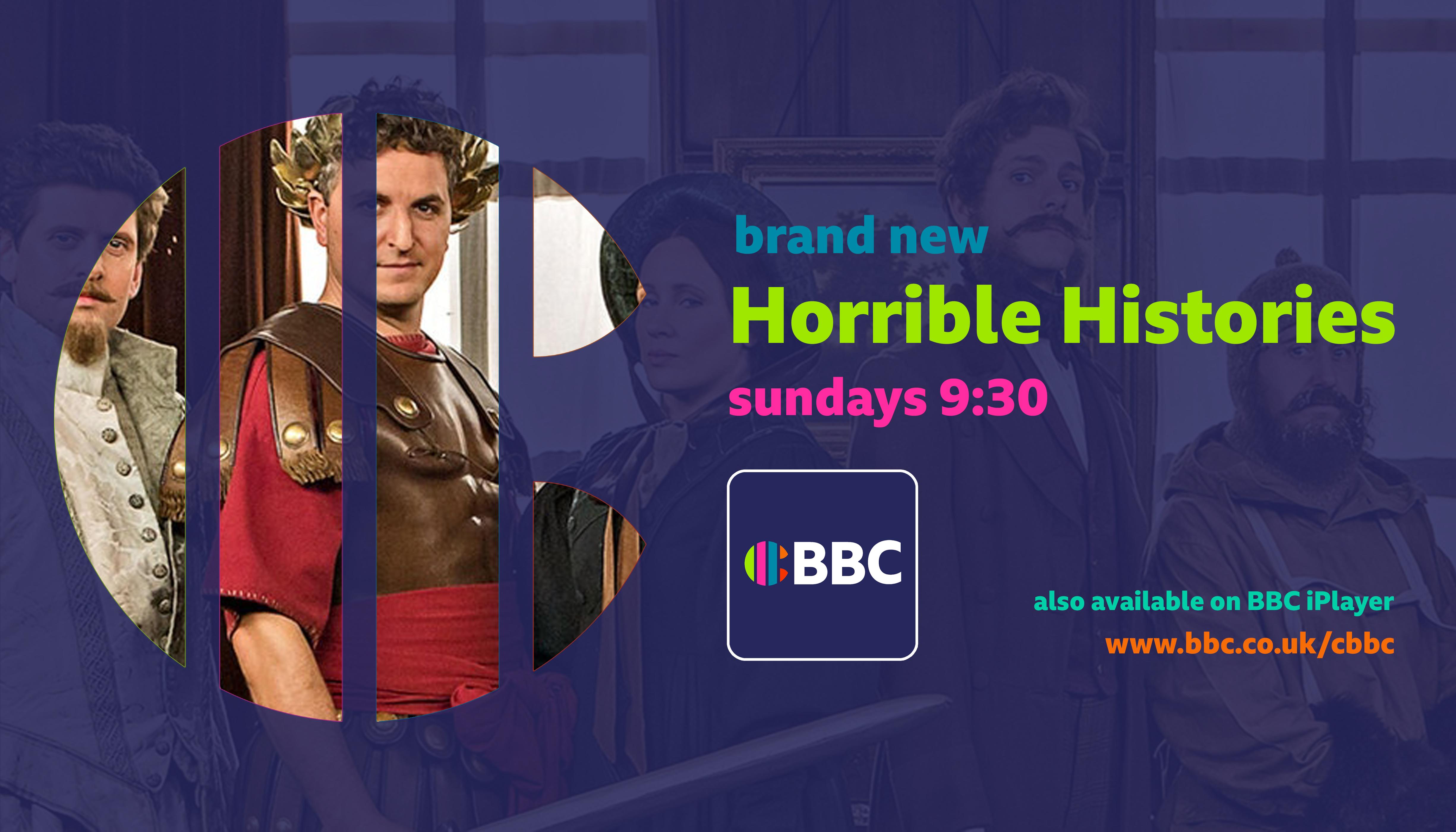 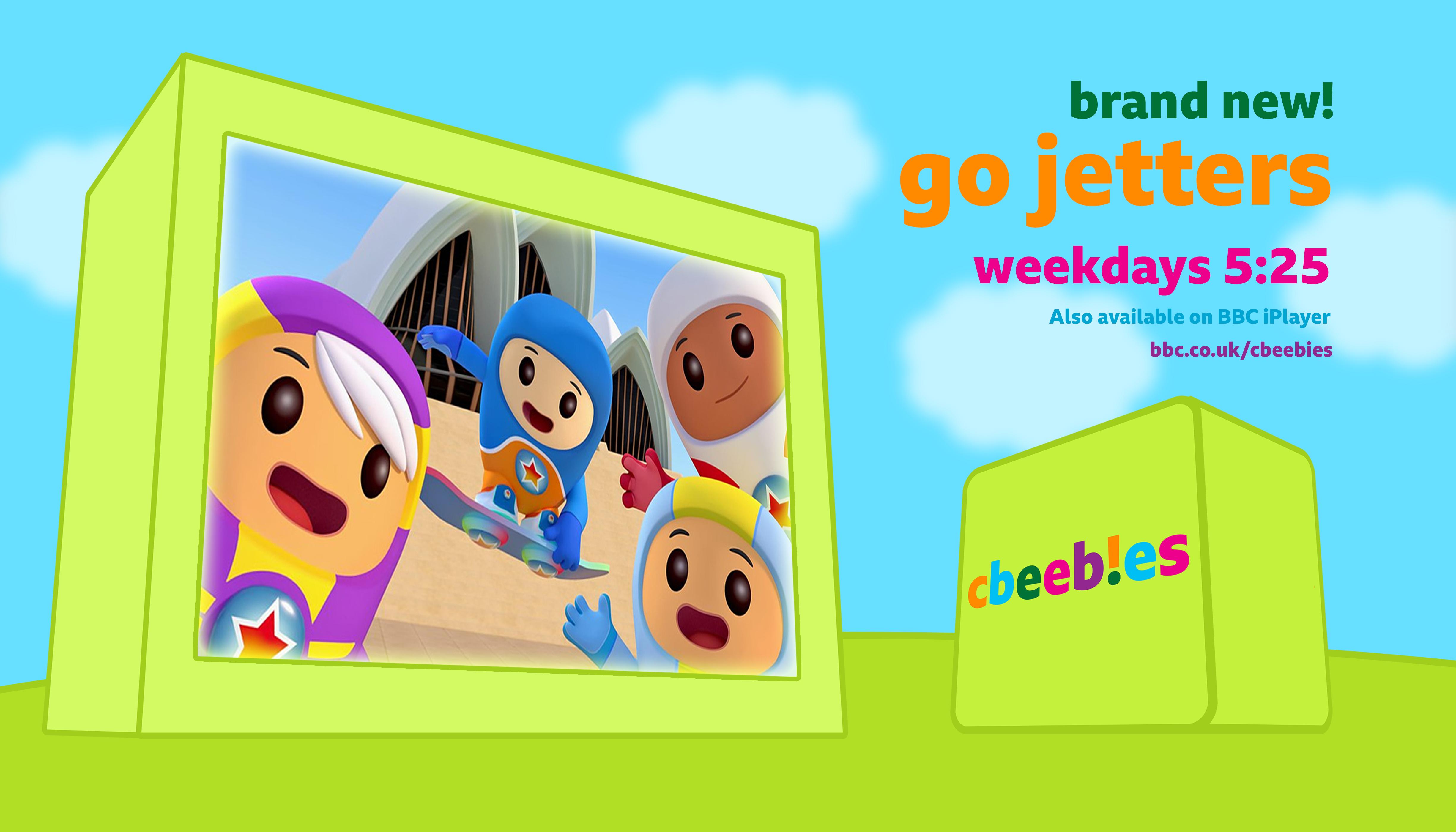 ...and for the English Regions too, with BBC London News again as an example. There's a chance I could drop the remaining regional programmes in the future. 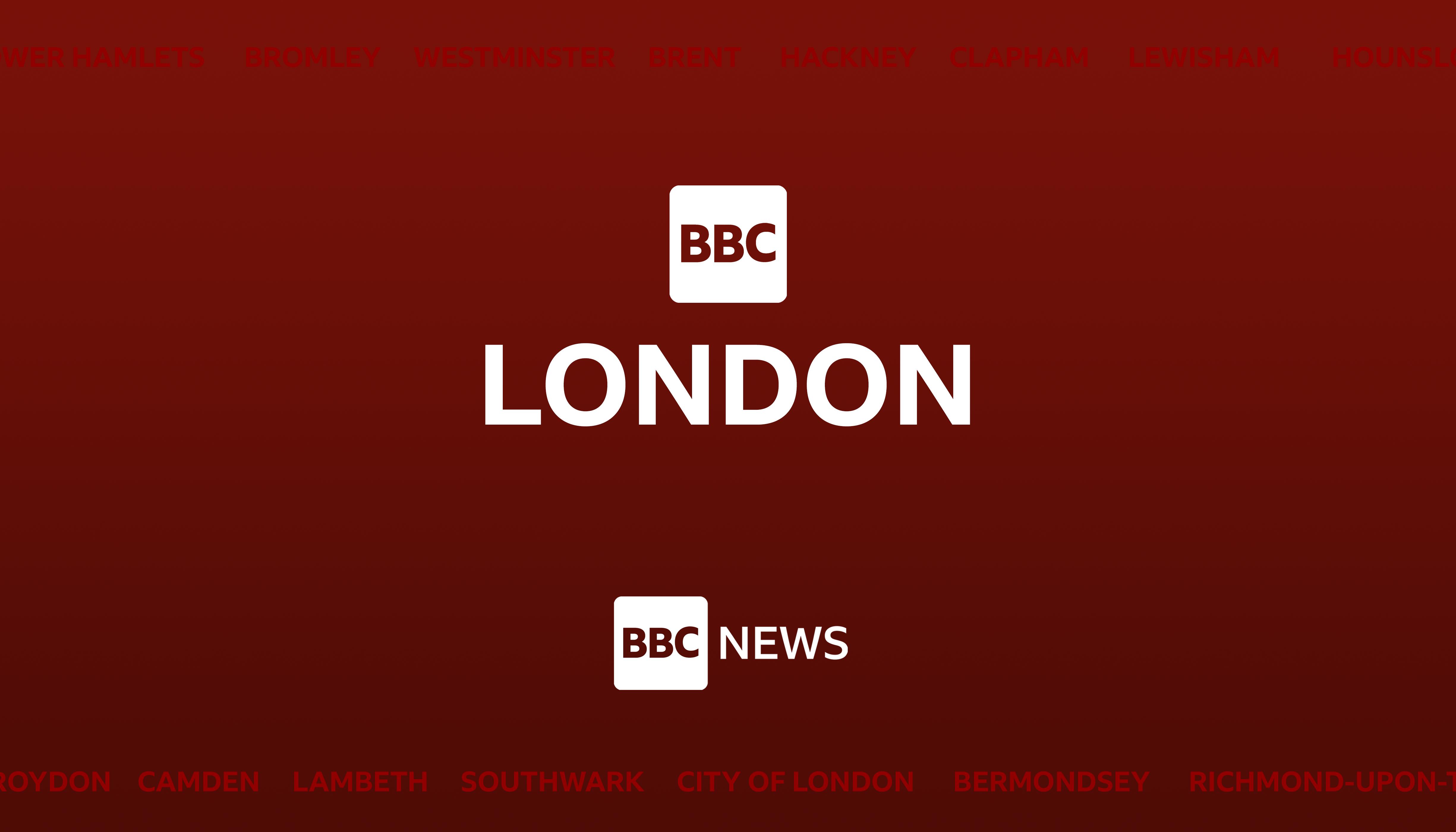 Also, Newsnight. One change here: I've added the BBC News logo to reflect the programmes connection to the wider BBC News brand. NOTE: I did contemplate putting the BBC logo above the NN logo, but I decided not to do it. 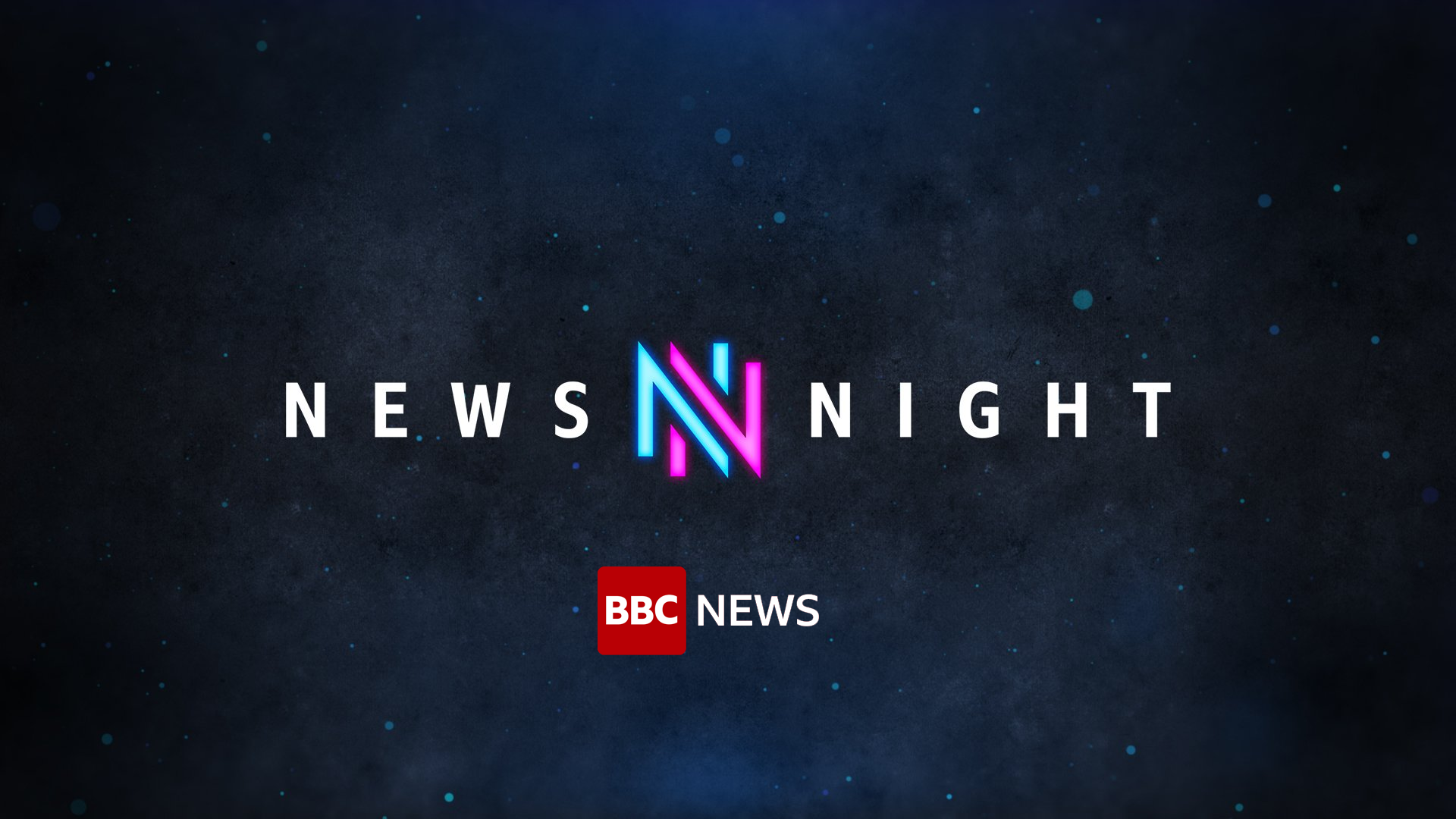 And before I forget, for BBC Scotland viewers, The Nine. 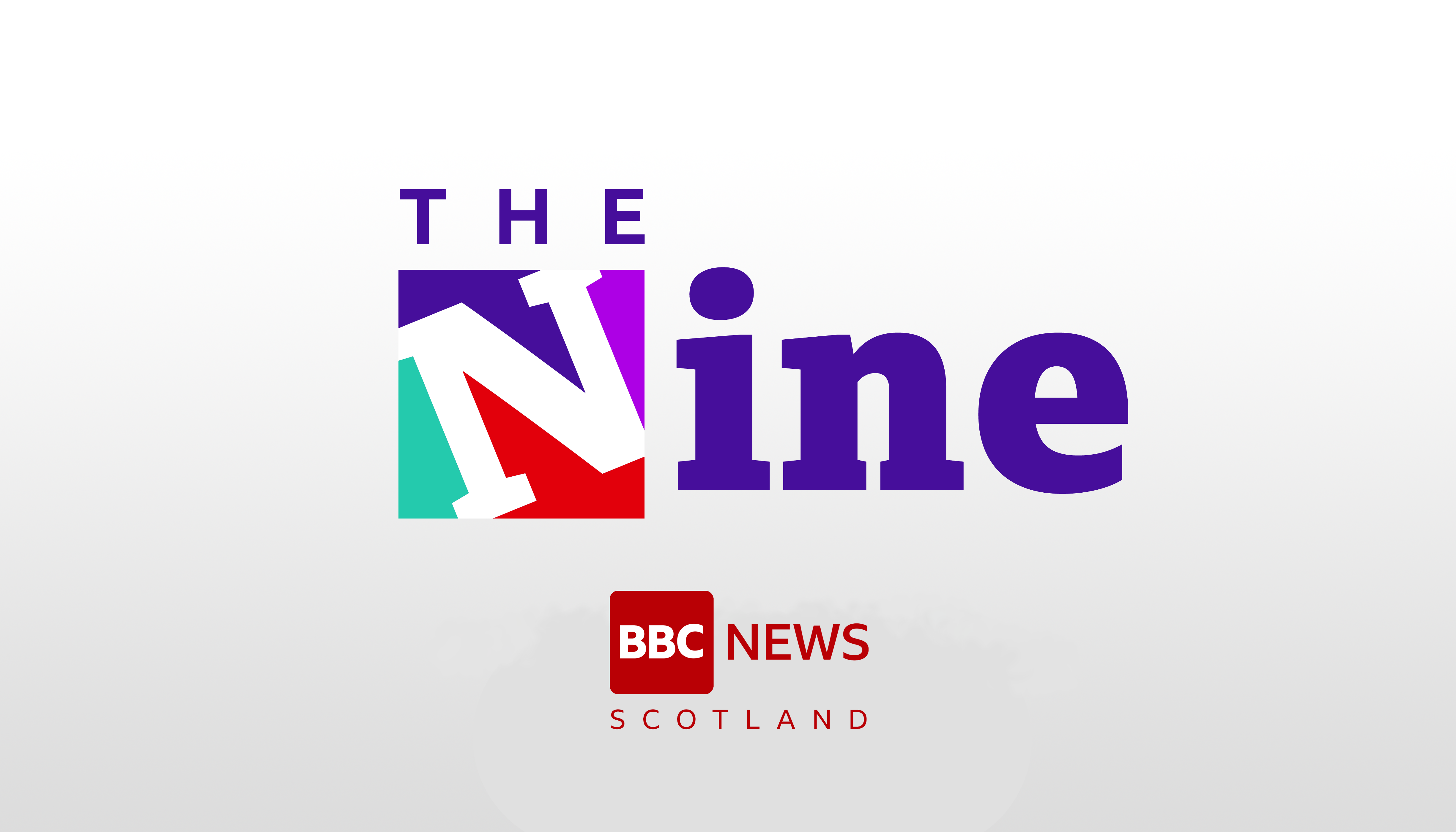 Well, I was gonna do the on-screen news graphics, but both previous designs, have been damaged by what I would like to call the "lower thirds jinx". To give me some time to think, I'll probably showcasing that tomorrow. In the meantime, though I now have some pretty good competition, this third literation remains in very good shape! 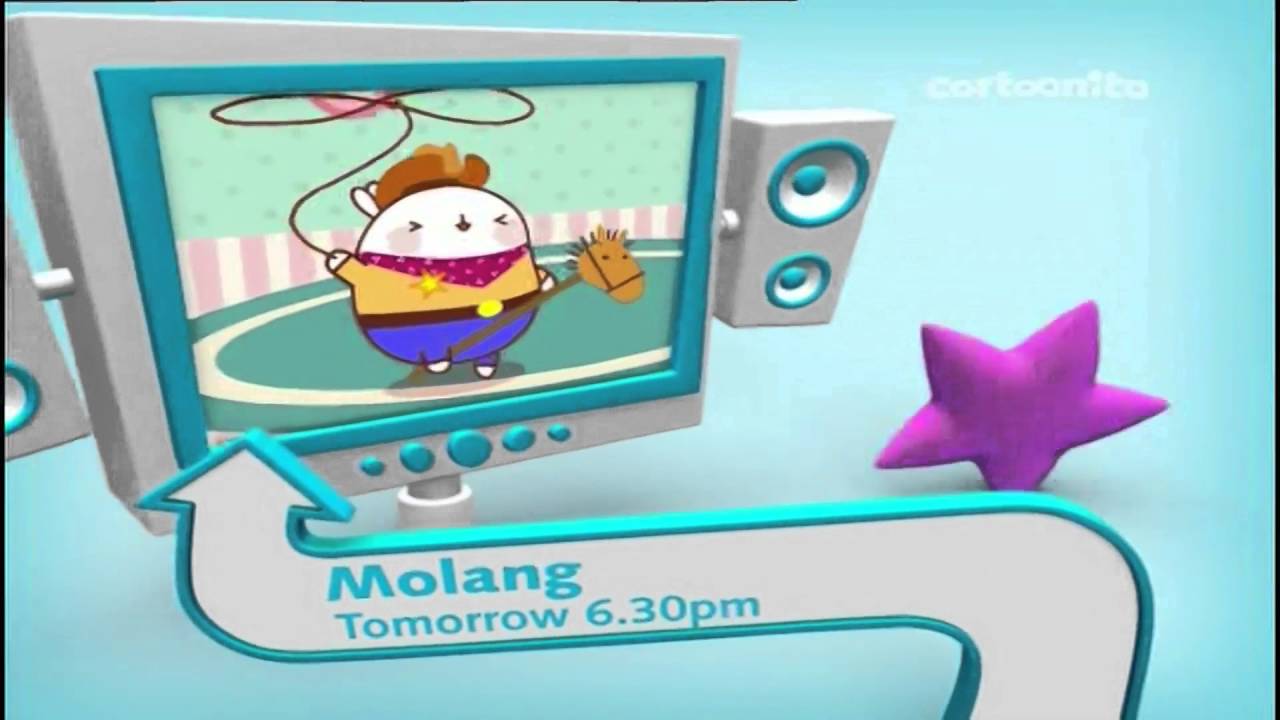