There's an intriguing "discussion" on the Amazon reviews for that Fawlty Towers Blu-Ray release, somebody's adamant the entire thing is full widescreen and HD due to (in their words) being shot entirely on 16mm film. The exteriors/location footage was, yes, but the rest of it was done on tape - same arrangement as pretty much everything else at the time. I don't even know why it's even on Blu-Ray, has a studio somewhere run out of things to release?

Anyway Fawlty Towers has been "remastered" a few times before and released in new packaging, I believe if you have copies with John Cleese commentaries/interviews (from the UK Gold shows), they're already the remastered ones, pushed out in 2009. The older DVDs have the John Howard Davies/Bob Spiers audio commentaries only (and maybe a few extras, including possibly the faux-pas opening used on Not The Nine O'Clock News).
JA
james-2001 27 February 2021 10:54pm
"Remastered" is such a meaningless phrase anyway, a remaster could still be exactly the same as before, or maybe even worse. Just copying from one format to another without doing anything else is technically a remaster, just a buzz term to part people and their money.
IS
Inspector Sands 28 February 2021 9:20am
I saw the Bottom clip last week, but didn't bother as I assumed it was just someone up converting some old SD footage and calling it HD, but that's pretty nice. Good to be able to see a bit more detail of that building site and surroundings, I still don't really understand why there's a solitary window on site there.... I assume that the director saw it there and though that's too good an opportunity to miss using it
JA
james-2001 28 February 2021 10:22am
I'm assuming that's Hammersmith tube station in the background (the Piccadilly/Central line one, as the Circle/Hammersmith & City line one is a terminus- a bit confusing there's two separate Hammersmith stations!) seeing as the bench scenes were shot in Hammersmith. I'd love to be able to see the full 20 minutes of rushes and see what other things they do.

Also, always worth posting this: 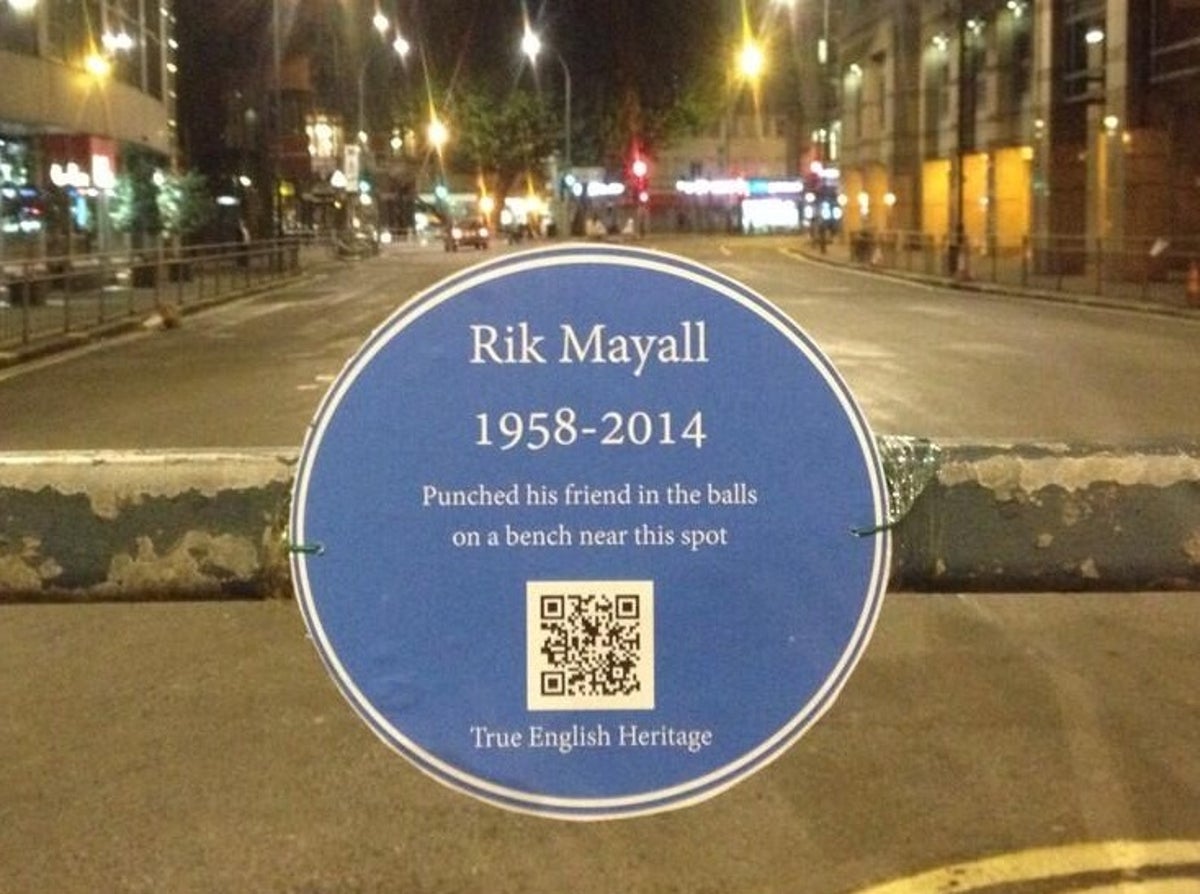 VM
VMPhil 28 February 2021 10:37am
Inspector Sands posted:
I still don't really understand why there's a solitary window on site there.... I assume that the director saw it there and though that's too good an opportunity to miss using it

just came across this spin-off thread that seems to explains it somewhat.
RO
rob Founding member 28 February 2021 11:27am
ITV News at Ten on the day of the Selby train crash, 20 years ago today.

LL
Larry the Loafer 28 February 2021 1:05pm
james-2001 posted:
Has that been done for a new release or something? I know they've done similar with other BBC shows over the last few years (Doctor Who being the prime example- even just with the SD releases in the 00s as there's still a massive improvement with modern transfers of the film even there, and the remastered Fawlty Towers is only SD too, even on the blu-ray release. Some or the more recent Doctor Who releases, Hitchikers Guide and Monty Python do have the newly scanned film material in HD though), doing new transfers of surviving film material (though in Bottom I think that only extends to the opening titles anyway, I think Bottom was entirely studio based, I can't recall any location work and if there was any it probably would have been on video by 1991).


Besides the opening titles, AFAIK every second of Bottom was shot on tape in a studio. There's one episode in the first series that's believed to be the pilot and the video quality is noticeably worse than the others. By the second series everything looks as good as a 90s BBC studio sitcom can look.

I'm a huge Bottom fan and it always makes me giddy when I find a few seconds of footage that's not been seen before, or is relatively rare. There's a short snippet of Bottom Fluff somewhere on YouTube that's been uploaded from the VHS release that isn't present on the DVD. I think the BBC logo on that tape has an extra bit of closing credit footage underneath it too, which isn't present on the final sequence.

There is, of course, a similar thing going on with The Young Ones. There's a noticeable drought of any bloopers or behind the scenes footage besides the odd very rare appearance on Auntie's Bloomers, and a smattering of YouTube videos that come from multi-generation VHS transfers that include some rushes from the more complex sequences in the show, like when Rik has a saw come through his bed.
RW
Robert Williams Founding member 28 February 2021 1:08pm
Uploaded today by Kaleidoscope, although on the face of it a fairly unremarkable piece of continuity from 28th February 1976, this must in fact be one of the first appearances of a new version of the mirror globe:

Compare with the globe seen in this clip from just two days earlier:

The mirror globe seen on the 26th is presumably the same as the 1969 original, whereas by the 28th the whole thing had clearly been replaced, as the globe and reflection now appear very different, with a much larger gap between the globe and the BBC1 logo. I think the new symbol has a slightly odd look to it, and further adjustments would subsequently be made to the mirror and the positioning of the globe.
MM
MMcG198 28 February 2021 1:35pm
Robert Williams posted:
Uploaded today by Kaleidoscope, although on the face of it a fairly unremarkable piece of continuity from 28th February 1976, this must in fact be one of the first appearances of a new version of the mirror globe:


Noticed the larger gap between the globe and logo earlier and didn't have a chance to check clips in close proximity to this one.

But this does indeed look very likely to be the date on which the globe changed. Saturday being the first day of the new BBC broadcasting week seems a reasonable argument in favour. Also, 'Grandstand' provides a lengthy period to implement and make necessary adjustments. They did something similar in September 1981.

Great to have narrowed down this date at long last.
JA
james-2001 28 February 2021 1:46pm
Larry the Loafer posted:
There's one episode in the first series that's believed to be the pilot and the video quality is noticeably worse than the others. By the second series everything looks as good as a 90s BBC studio sitcom can look..


1991 was around the time there was a load of upgrades going on, like the next generation of cameras and moving from 1" to D3 videotape, so that could explain the difference if the pilot was made with older cameras or videotape formats and the rest of the series on newer ones. I know watching the Drama repeats of EastEnders you could see the improvement in picture quality from one episode to the next once we got to August 1991 and the move into Stage on and the final retirement of the EMI 2001s for example.